There’s a scene toward the end of the documentary Buck in which legendary horseman Buck Brannaman is in a pen with a stallion who repeatedly tries to attack him. Buck calmly uses his flag to keep the horse at a safe distance, and all the while, the stallion is rearing and striking, trying his level best to get at him. Buck addresses the horse’s owner, saying “On the ground, he’s treacherous, because of what he’s gotten to be. And he could hurt Dan or me or you or anybody else, just in being spoiled. He doesn’t want to be that way but he doesn’t know any other way to be.”

Buck’s tone is solemn as he studies the horse. “He’s as close to having been turned into a predator as you’re gonna find,” Buck says. “ ‘Cause he’s been wrecked.”

Later in the documentary, Dan is in the round pen with the stallion, attempting to touch him with a saddle blanket. The stallion seizes on an almost imperceptible moment when Dan’s focus shifts a tiny bit, and quick as a snake, he rears up and bites Dan on the top of his head then charges straight into him, knocking him into the dust. When Dan gets up, blood is pouring down his face. It’s a horrible moment, and watching it, you realize every word that Buck said was true. That stallion was a predator. He’d been wrecked.

It’s hard to conceive of a horse becoming a dangerous predator, but it happens. Particularly when a young horse with raging hormones is not given the boundaries and education he needs to exist peacefully with others. Most horses first learn boundaries and good behavior from other horses. But horses that live in isolation, like many stallions do, can turn aggressive. Rather than learning to give to pressure to gain release, they see pressure as something to fight against. In a way, the stallion in the Buck video did not know how to be a horse. And because of that, he lived in constant discomfort and defensiveness. There is no quality of life to be had when a horse lives that way.

Earl was very much like the stallion in the Buck documentary. As a two year old stud colt, he was sold to an elderly couple who just wanted a pet that they could care for and love on. And as long as no one asked Earl to do anything he didn’t want to do, things were fine. Earl lived on their property for eight years, and was perfectly happy to have the run of his pasture and food delivered over the fence. But there came a day when his owners could no longer keep a horse. One had died and the other was in late stage cancer. He turned to SAFE for help, and we agreed to take him into our horsemanship program. We had high hopes for this handsome fellow, and thought that after gelding and training, he could make a nice horse for someone.

As soon as he was unloaded into our round pen, we realized that we had a problem. Earl was very aggressive toward anyone who approached, even from the other side of the fence. He would try to strike at people standing outside the round pen, and he was extremely persistent in his attempts to attack. No one could even enter his space without him charging. In order to clean his pen, he had to be distracted with treats from outside, while another staff member stood guard over the stall cleaner with a flag. There was no possibility of even getting a halter on him. The risk to our staff and volunteers was extremely high.

This was confirmed for us when Joel Conner visited SAFE a few days after Earl’s arrival. We had hoped Joel could work with Earl while he was here during the clinic, and use his experience and skills to give Earl a chance. But Joel’s assessment of Earl was sobering. He told us that in order to get through Earl’s aggression and defensiveness, he as a trainer would have to use severe methods that neither he nor SAFE would want to put a horse through. If Earl was big, his trainer would have to be much bigger. It would be ugly and brutal. The risks to human safety would be huge. It would take years of work, and even then there was no guarantee that Earl would ever be safe to be around. It would not be fair or sensible to put Earl through what would need to be done in order to save him.

Our trust in Joel is based on years of working horses alongside him. We know him as a horseman with great compassion for these animals, and we’ve seen him turn their lives around, time and time again. So we take his assessments very seriously. But in the end, responsibility to make hard decisions lies with SAFE’s senior management. So we decided that the best and kindest thing we could do for Earl was to give him a dignified and peaceful end.

The logistics of humanely euthanizing an untouchable and dangerous horse are challenging, and many options were considered and discussed before a decision was made. In the end, Earl was given a heavy dose of oral sedative, and then carefully moved into an open trailer which was backed up to the gate of the round pen. He was transported to another property where the vet who performed the procedure was waiting. When he arrived, he was sedated to the point where he could be led out of the trailer and handled safely. He left this world peacefully, his torment and discomfort over at last.

Our decision to euthanize Earl will undoubtedly be confusing to people who feel that he could have been saved. And that’s okay. But Earl was our responsibility, and we made this decision based on personal and professional first hand observation. We decided that the safety of our staff, our volunteers, and any other people who might encounter this horse in the future was the most important piece of the puzzle. Knowing what we knew about this horse, we could not take the risk that anyone would get hurt by him. That became our responsibility the moment he was signed over to us.

We considered other options for Earl, but the sad fact is that there was no place in the world for him. In a sanctuary situation, he would still need minimal handling and he’d need to co-exist peacefully with other horses. His foundational learning was not anything natural. His aggression was not that of a regular stallion. He knew nothing of what it meant to be a horse. In a herd of horses, he would have learned to be a good citizen and how to give to pressure. This fundamental learning is key to horses’ success, not only nature but also in domestic society. Earl learned the exact opposite of what he should have learned as a young horse, and pressure was something he thought he needed to fight. Even if we could have released him into a herd of wild horses, there is a very good chance he would have been killed, because he lacked the ability to follow herd language or survival skills. His unhealthy backwards foundation would have made him a liability to the other horses and made him a danger to the balance of the herd. We spoke to many local vets, trainers, and rescues to confirm our findings and 100% agreed. Earl’s owner contacted several other rescues before reaching out to SAFE and none would even go met him. They all told him to euthanize without even looking at him.

It is painful and disappointing to end a horse’s story the way Earl’s did. But we know in our hearts that we gave him the best chance we could. We are extremely fortunate that our decision to give him a chance did not result in anyone getting hurt. By letting him go, we can be sure beyond a shadow of a doubt that Earl will never suffer neglect, fear, or discomfort. He will never be pressured to change his behavior in ways that could be cruel or impossible for him to understand. He will never end up in a situation where he pays a price for hurting someone. He will never be exploited by humans needing to prove they can tame him or break him. He will always be safe. 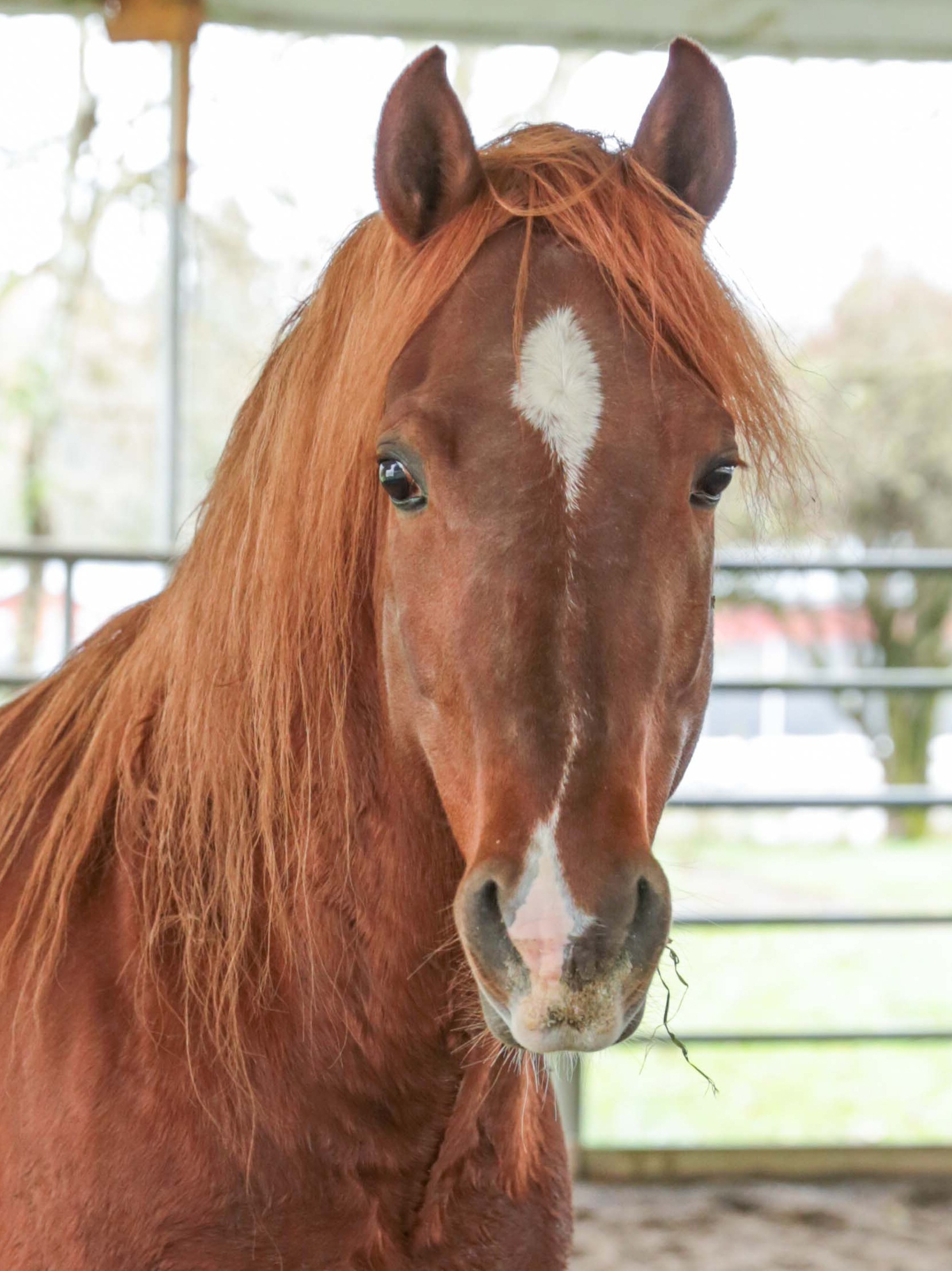 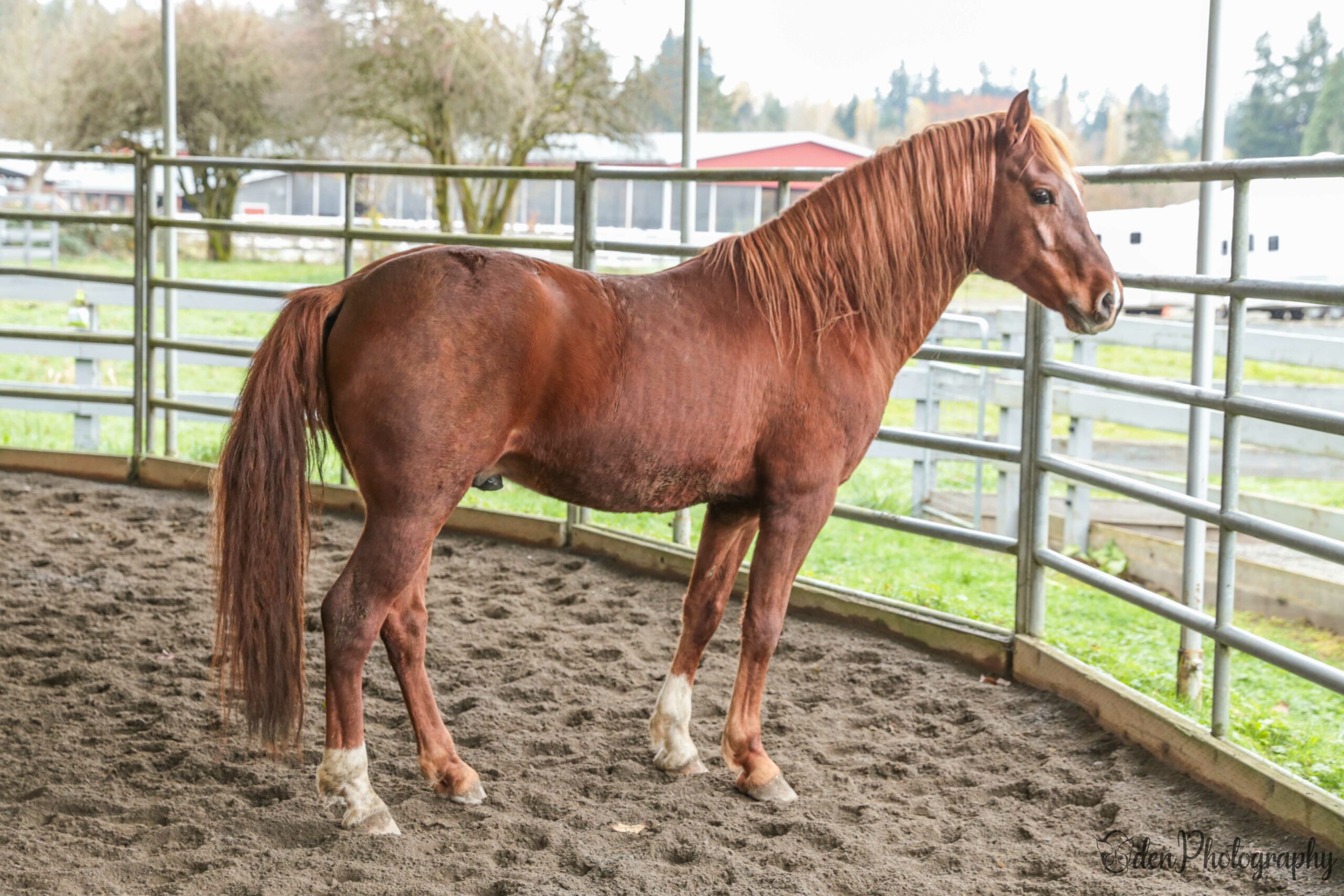