Ezra was a sweet 20 year old gelding who sadly was only with us at SAFE for 2 weeks after being seized by Animal Control for extreme neglect. He was a sweet senior, who was already loved by staff and many volunteers. When he arrived he was thin, needed a visit from the farrier and was being treated for Cushings. For those two week he enjoyed his multiple mash feedings a day and loved a good scratch. Sadly, Ezra colicked severely one morning and the best decision for him was to end his pain. 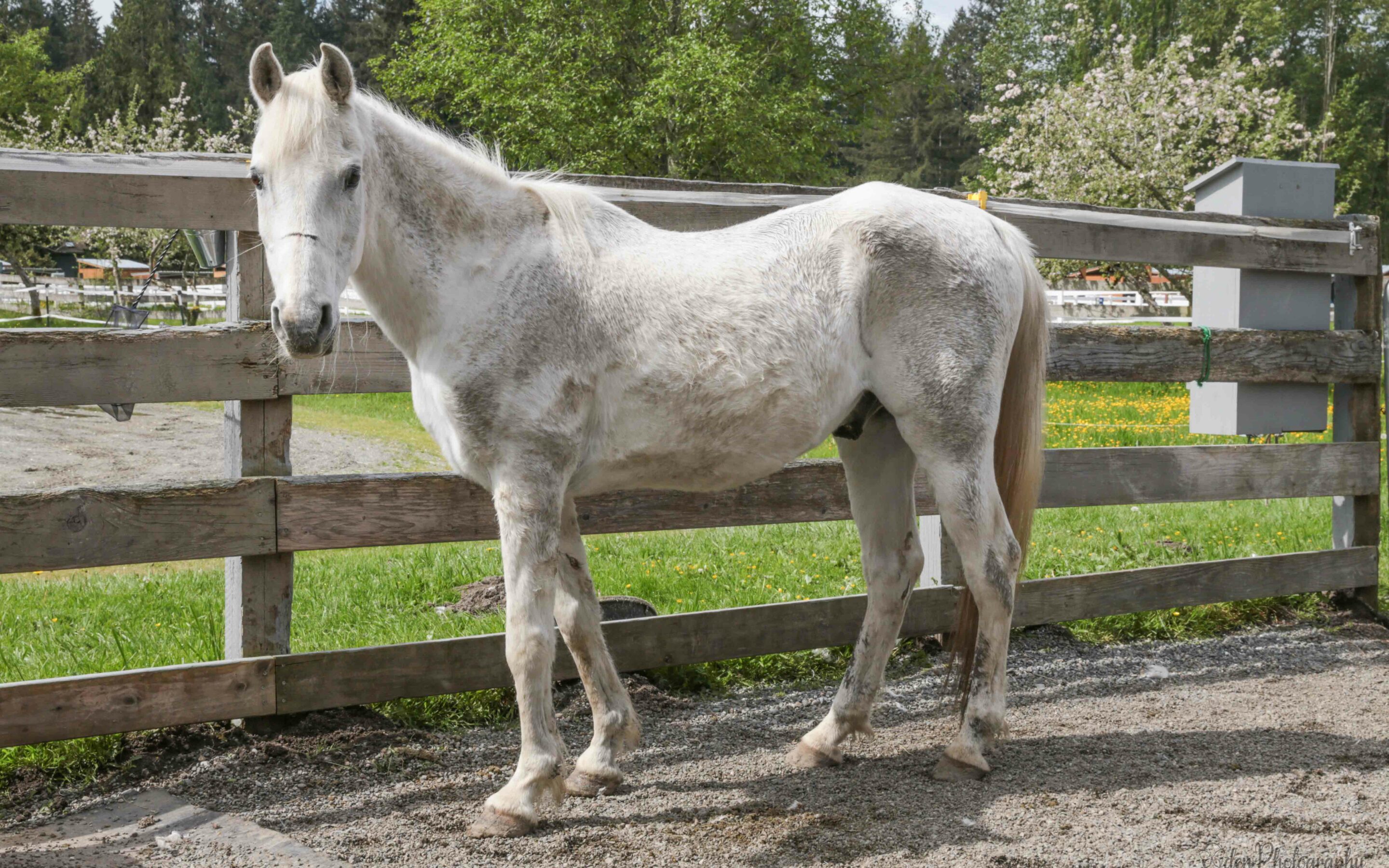 I am very, very sorry to have to tell you that we lost Ezra last Saturday. All seemed fine earlier when the breakfast mule came around, but about 30–40 minutes later, he was rolling on the ground, in major distress. A volunteer alerted our Barn Staff, Trudy, who called Lily who called me, and the moment I laid eyes on him, I knew we were dealing with an extremely severe colic.

Ezra had already thrashed and rolled in his paddock hard enough to give himself abrasions, and he was coated in mud and sweat. While Lily called the vet and Trudy ran back for the Banamine, I got his halter on and led him into the outdoor arena where at least the ground was softer. He continued to hurl himself down with force and roll from side to side over and over. Dr Lewis told us to give him a full dose of Banamine which would hopefully ease his pain within the next 30 minutes, while she hurried to SAFE from the vet call she was already on. The Banamine seemed to help a little, but he remained in distress. All we could do is try to keep him moving and keep him calm until the vet arrived.

Dr Lewis sedated him as soon as she got to SAFE, but it did little to ease his pain. She gave him a second dose of sedation and then tubed him, and advised us that he most likely had a twist or a strangulation in his small intestine. And it was clear that even with a large amount of painkillers on board, he was still in serious pain. There was nothing that could be done for him. We made the only decision we could, which was to let him go quickly. We walked him out to the grass near the arena, and Ezra laid down for the last time, his mouth full of grass and his pain finally gone.

Throughout this whole ordeal, which was absolutely the worst colic that I’ve ever witnessed, Ezra was a sweet brave boy who tried as hard as he could to do what we asked of him. I sincerely wish we could have had more time together, because he was a really good horse who seemed very happy to have landed at SAFE. Once again, we have to comfort ourselves by remembering that Ezra left this world from a good place where he knew food and friends and love and comfort. I just wish he could have been with us longer. I know a lot of you were very fond of him, and I am very sorry that he is gone. 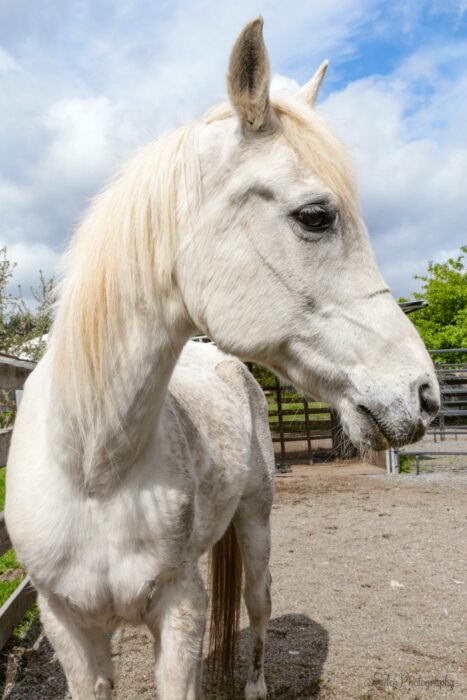 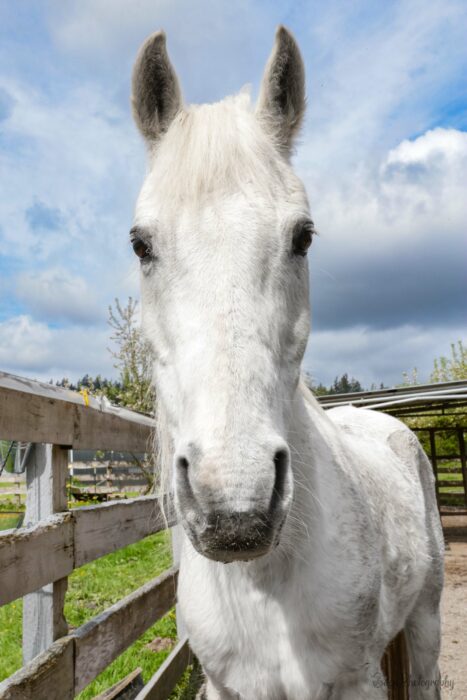 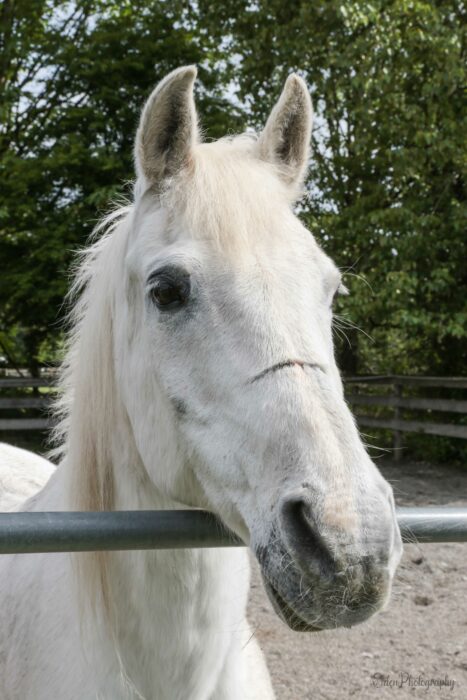 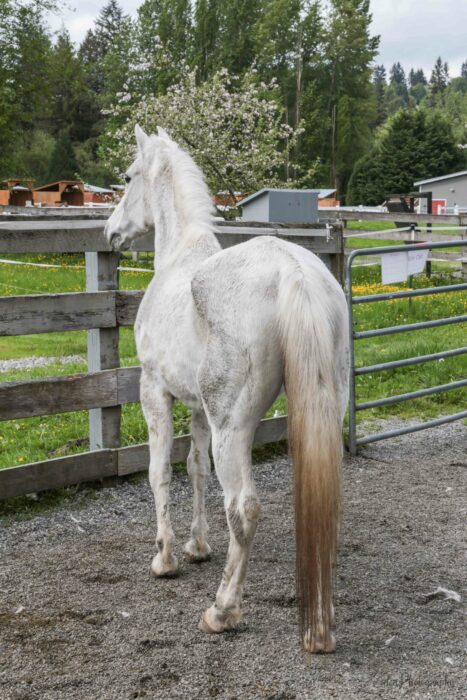 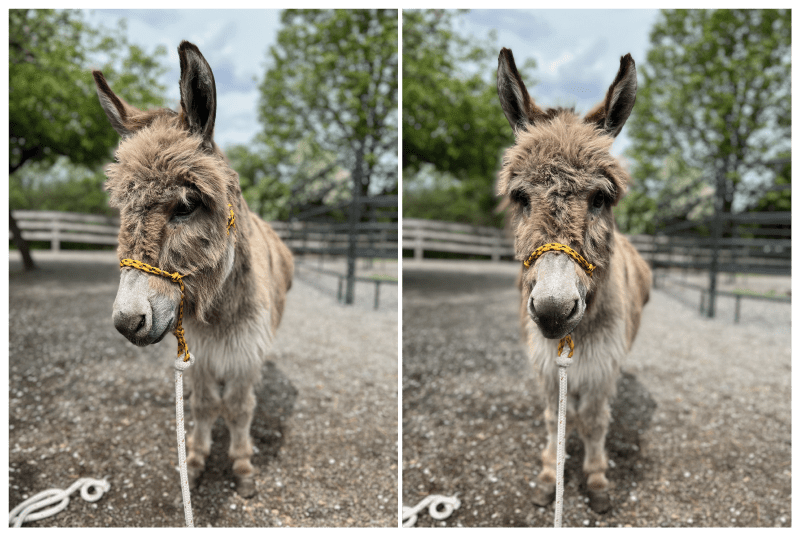 Ezra is a very handsome grey 20 year old Arabian gelding. He can be haltered and led but has never been ridden. Ezra is a sweet guy who enjoys the finer things in life…like his haystack/senior mashes and getting those good scratches (beneath his mane is real sweet spot!). He basically has no grinding surface on his teeth, so like our other Arabian beau Cameron, Ezra is on a grain-only diet. He also has Cushing’s, which he is being treated for. He’s pretty thin, and his hooves are in rough shape, but it’s going to be a pleasure watching this regal man blossom.

SAFE’s first miniature donkey, “El Burro Esparkalo,” or Sparky for short, is an 11 year old gelding. He has a body condition score of 9, which is the highest on the scale, so he will be on a diet and exercise regime for the foreseeable future. His hooves are also very overgrown, and a previous founder left him with some significant rotation (11%), so we’ll also be working on getting him back on properly cared for feet. Sparky is a gentle and sweet soul who has captured the hearts of everyone who has met him. The other horses at SAFE are not quite sure about him, and as he is walked around the property, a lot of staring, snorting, and speeding away takes place in the paddocks as he passes. Eventually they will get used to seeing him, but for now, he causes quite a lot of excitement around the farm.

Here is a video of Sparky and Ezra arriving at SAFE: 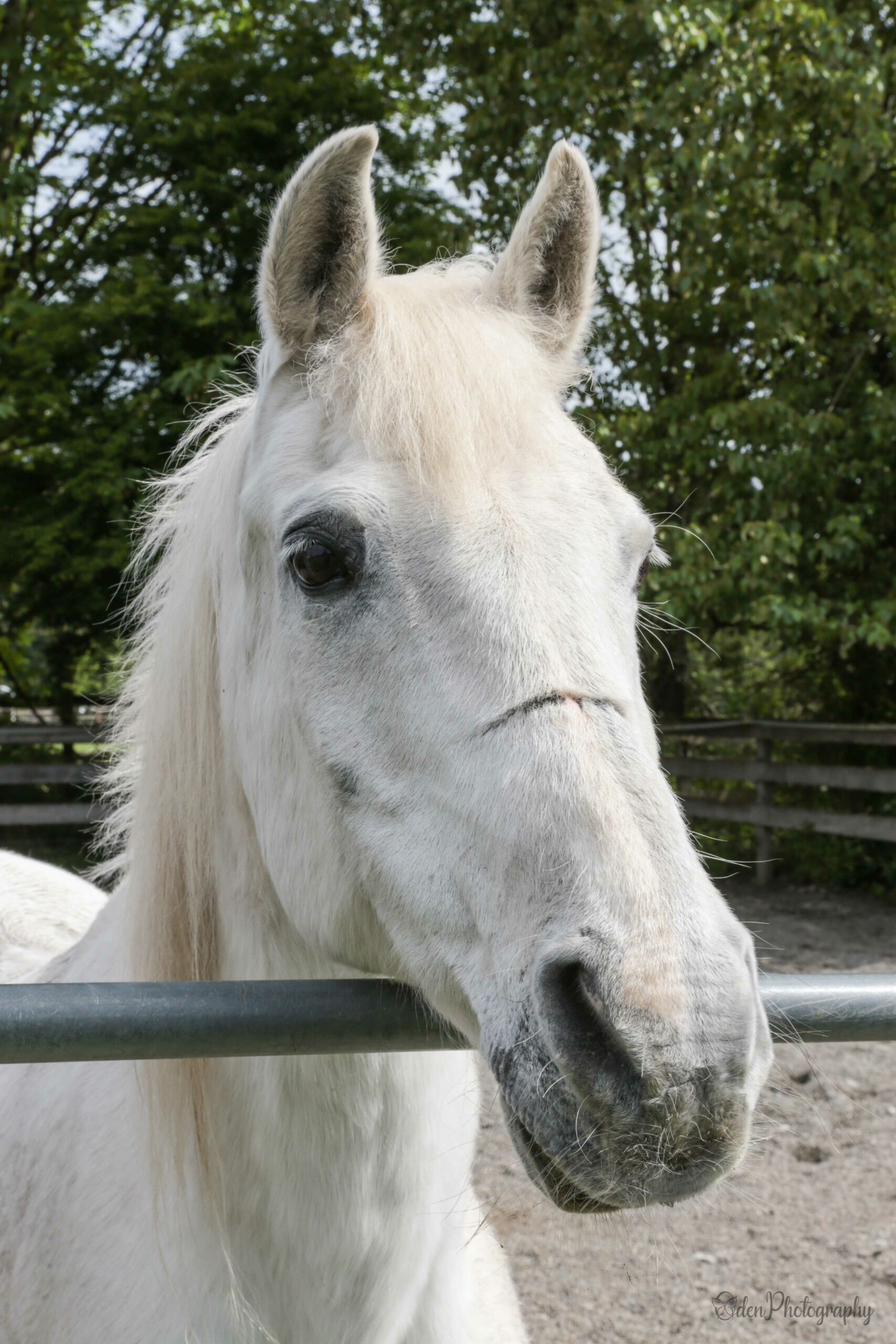 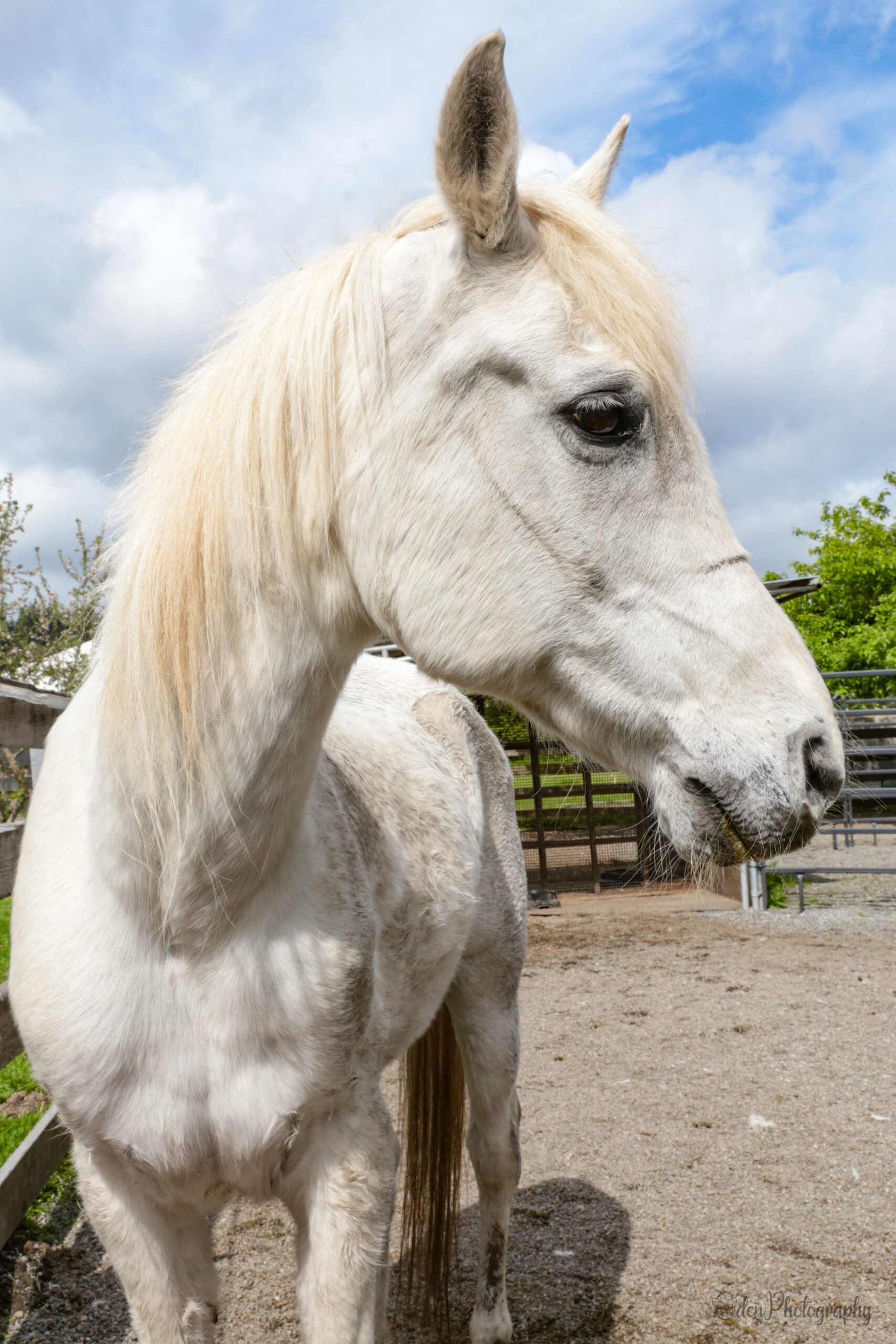 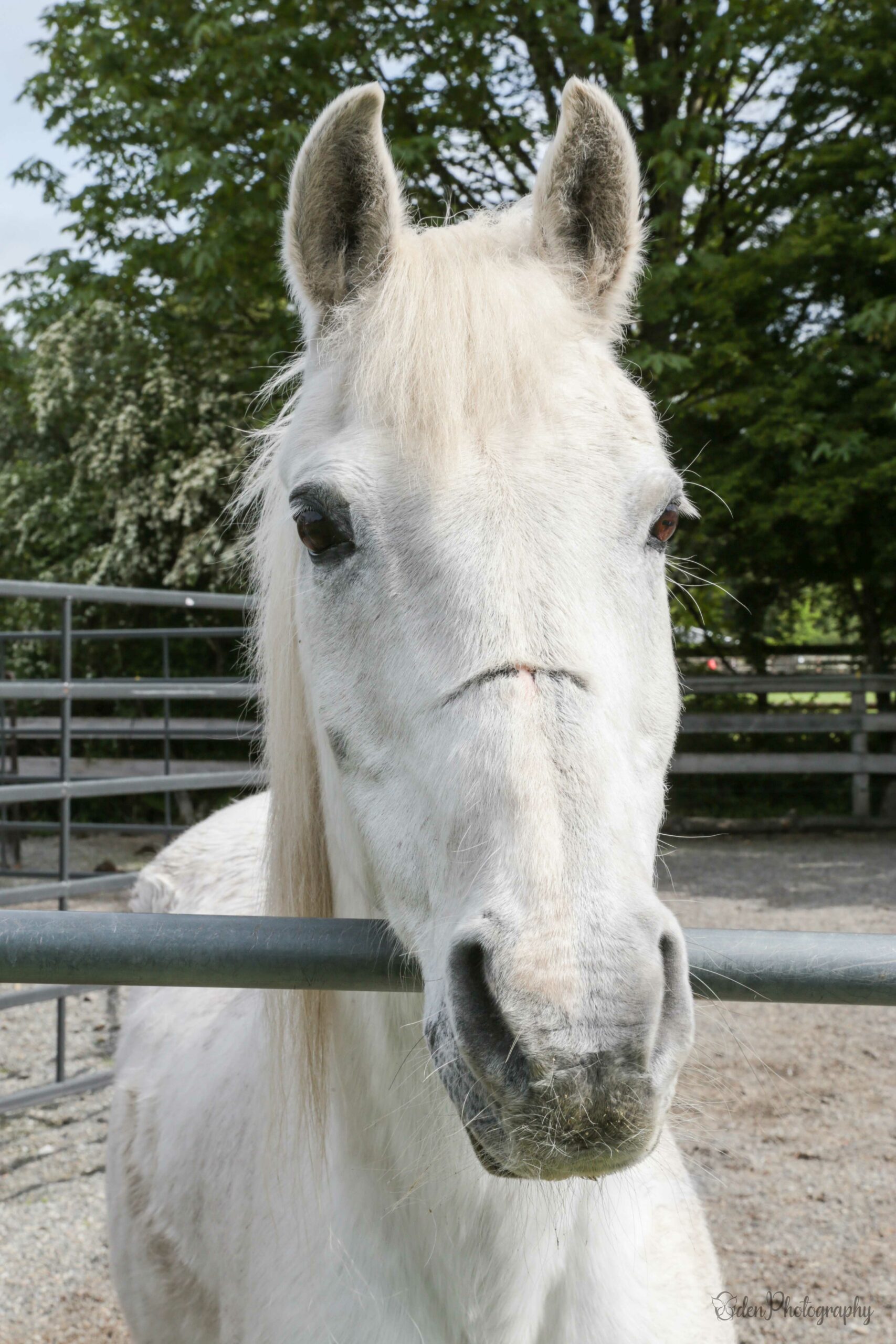 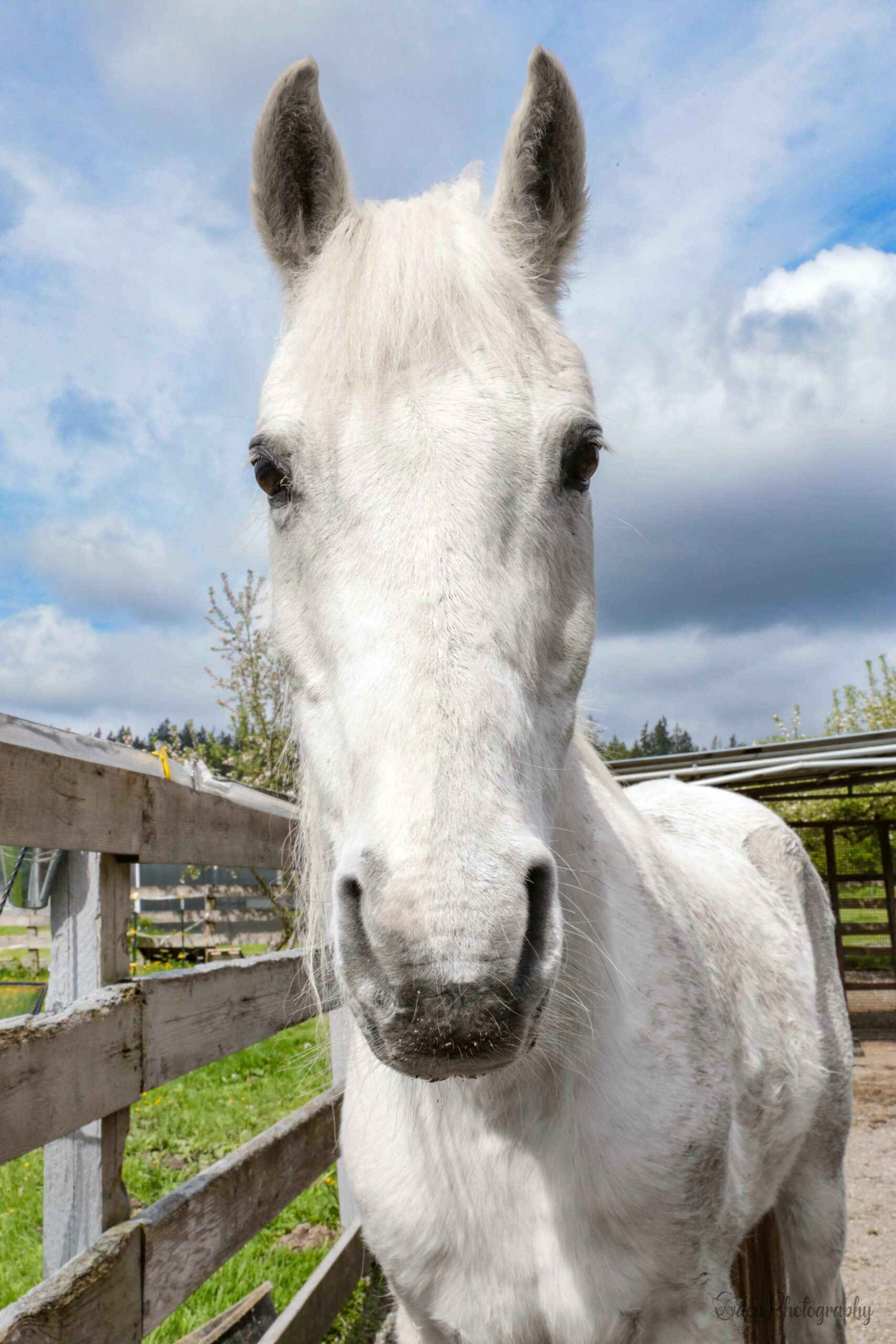 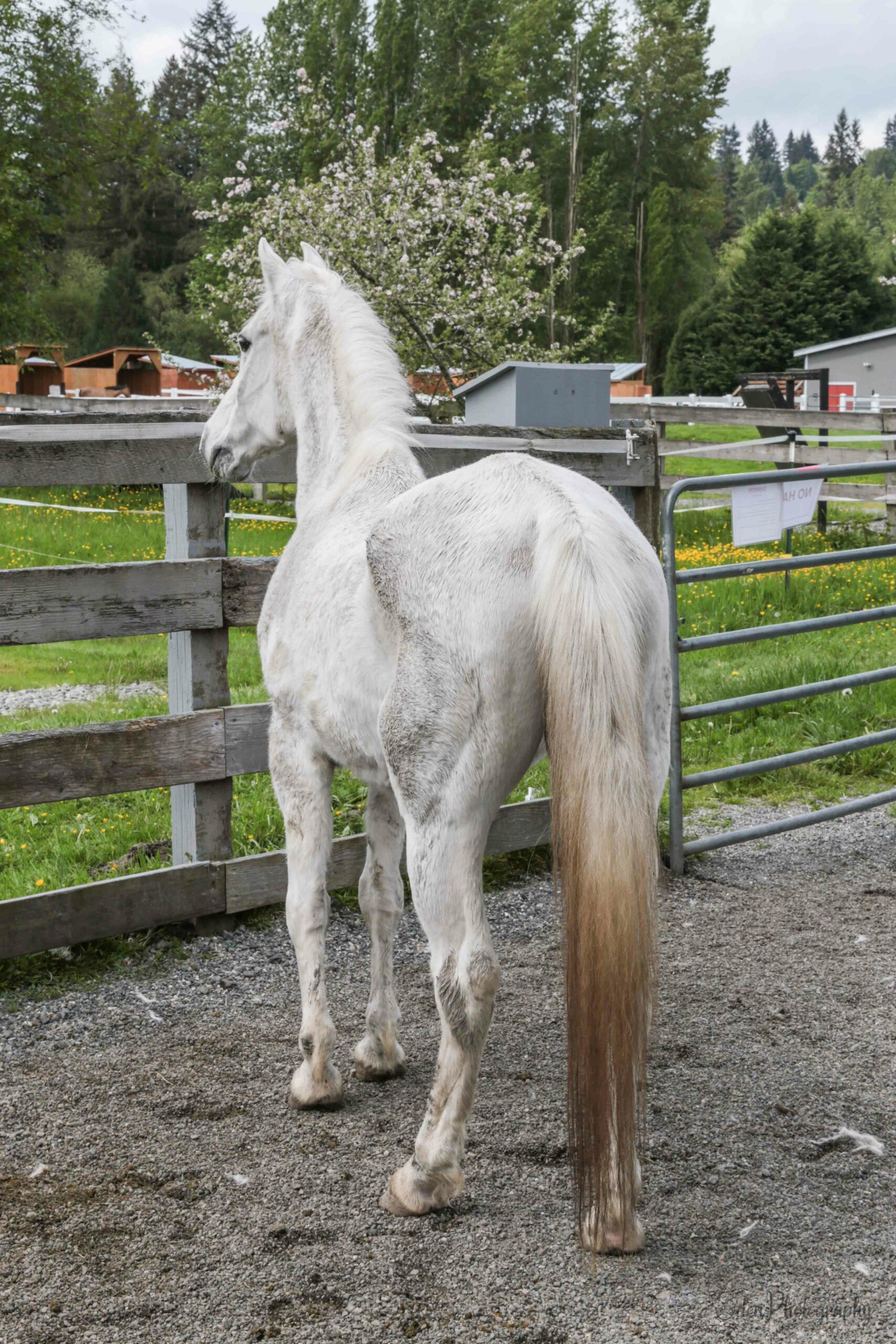 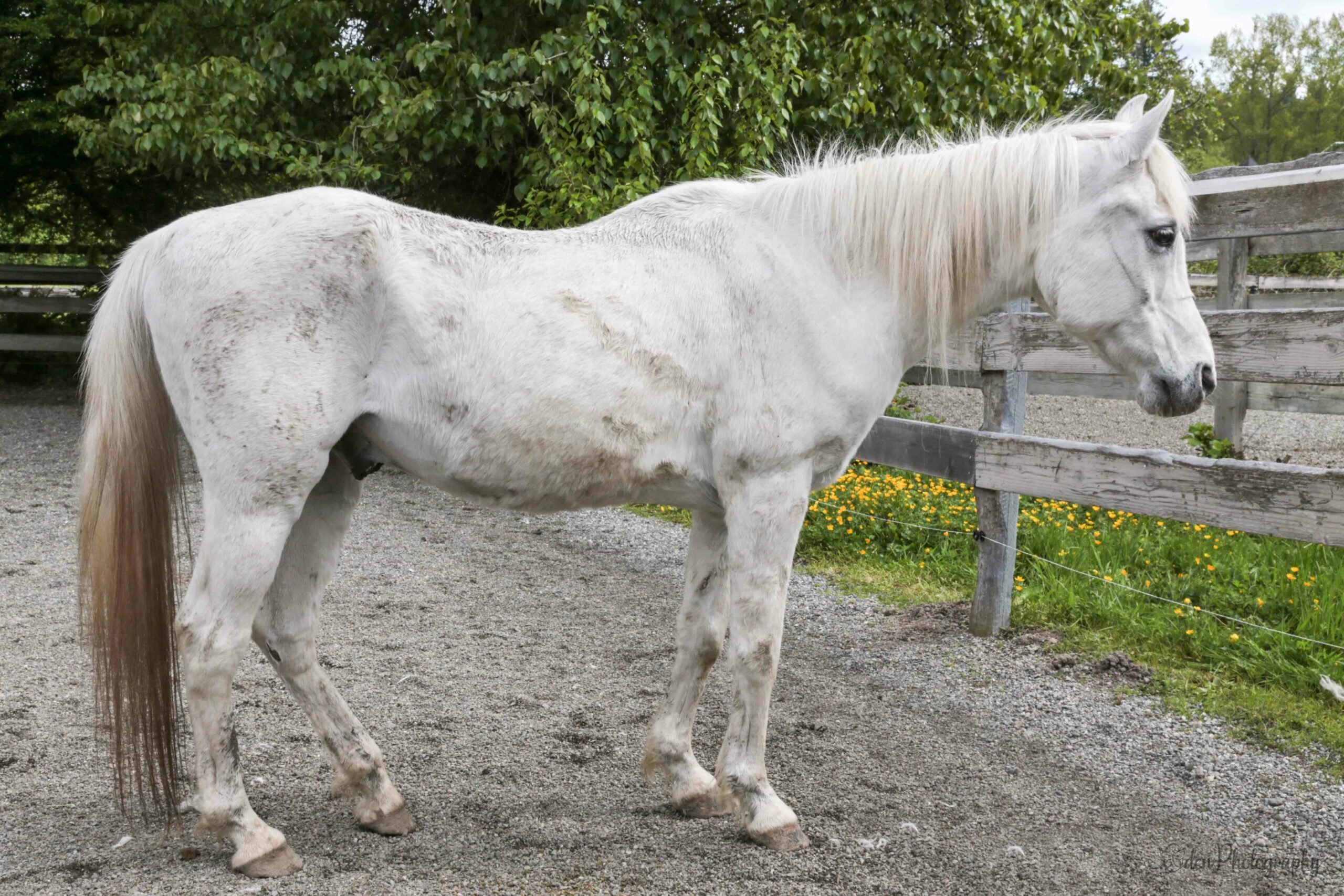 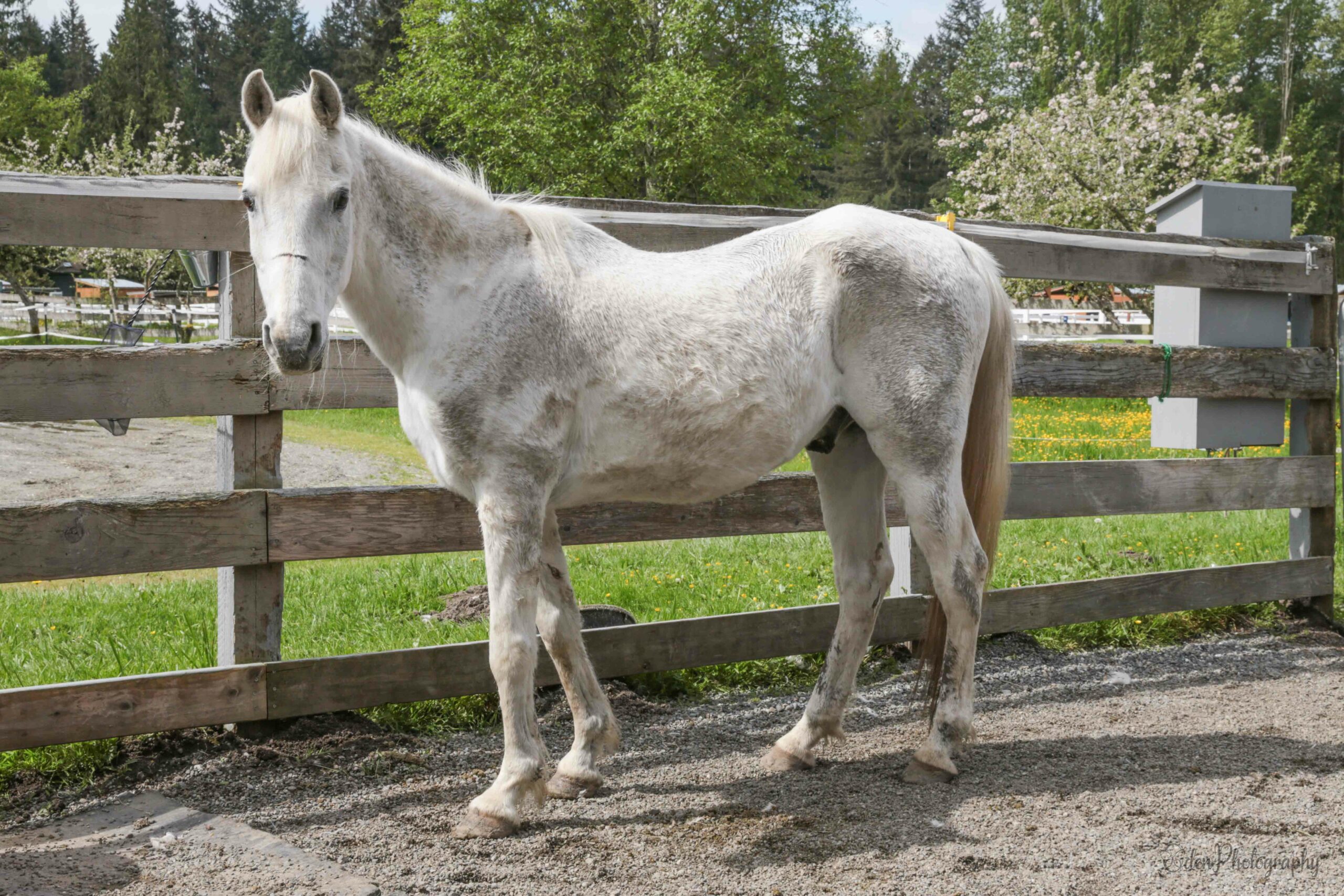