Heidi belonged to an older woman, who relied on her son to care for her horses when her health deteriorated. Unfortunately he did not follow through so the horses were badly neglected. Heidi was so thin it was thought she might not make it. Her rehabilitation was long and expensive, but thankfully she made a full recovery. Along the way, her true personality began to reveal herself, and we discovered her to be a sweet and playful mare. She was also ten years old and completely untrained. When fully recovered from starvation and neglect, Heidi was started under saddle by trainer Monica Meyette. She made very quick progress in training, and with 90 days under saddle, she was gentle enough to be considered a potential kids horse. A few months later, Heidi was adopted by one of Monica’s students. She and her young rider began successfully competing at local schooling shows, and proved to be a great team with a wonderful partnership! A dream come true. 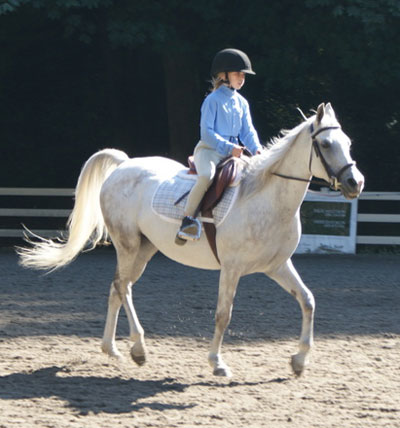