Trey was one of the very first SAFE horses. He was rescued from an eastern Washington feedlot as a two year old stallion. He was gelded, given ample time to grow up, then started under saddle. He was initially adopted by a woman who ran a small dressage barn that primarily taught children, and he was ridden by her and her young daughter. But after about a year, Trey wasn’t working out for them, and they asked SAFE’s permission to rehome him as a children’s hunter. He was eventually readopted to another student at the barn who had worked with him and fell in love with him. Trey was fortunate to find a new owner and not have to move to a new barn. Trey went on to have a career as a dressage pony where his flashy looks and great movement brought him success. These days, he enjoys light trail riding, but mostly running in the field with his friends. 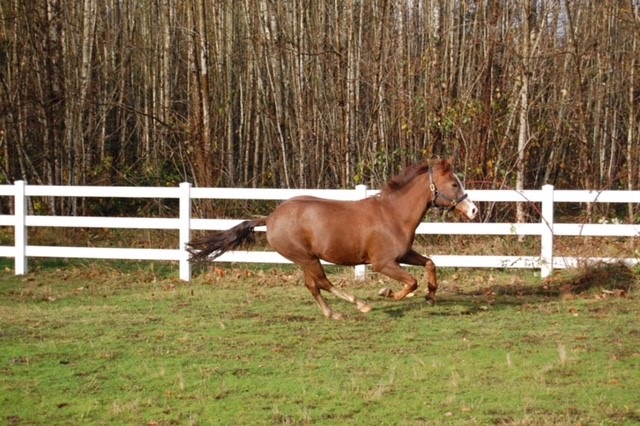 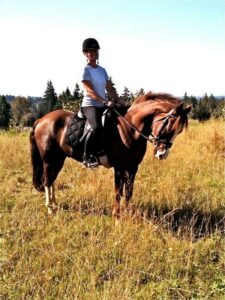 This cute Quarter Horse/Pony is a big horse, with lots of personality, just stuck in a smaller horse’s body!  Even though he isn’t competing in dressage any longer, he still loves to zip around the property, hang out with his other horse friends in the pasture and takes the occasional light trail ride with his adopter Eve. 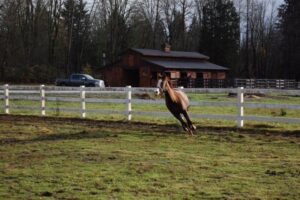 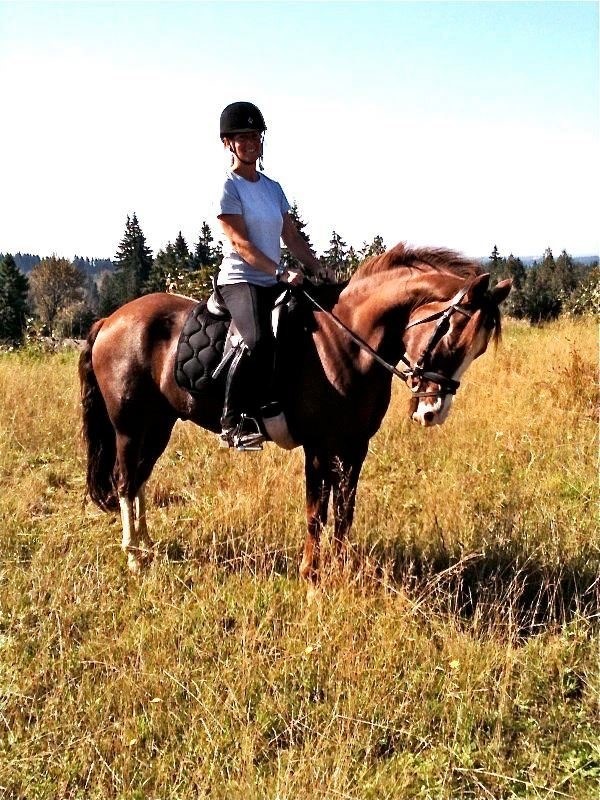 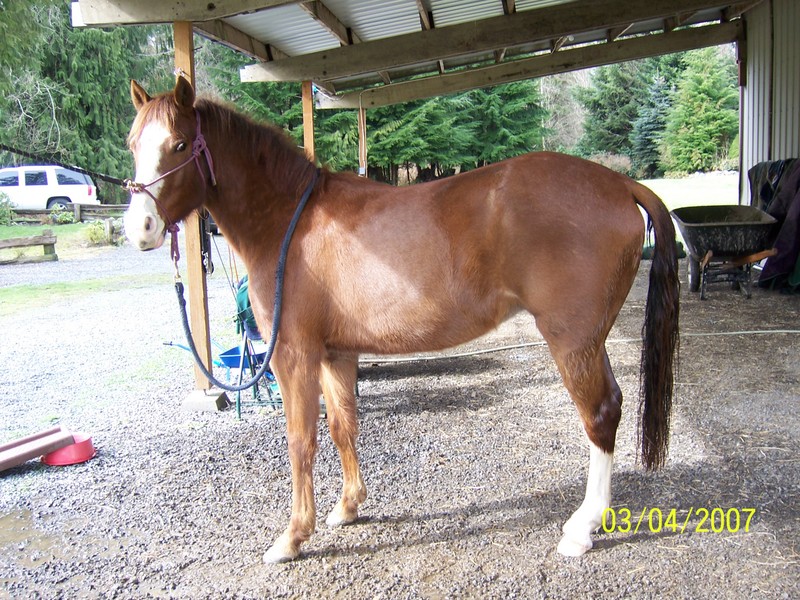 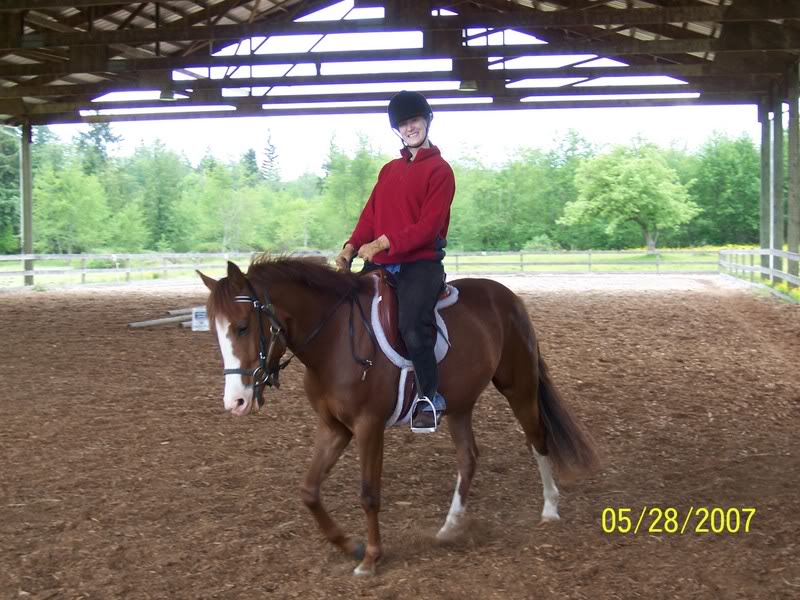 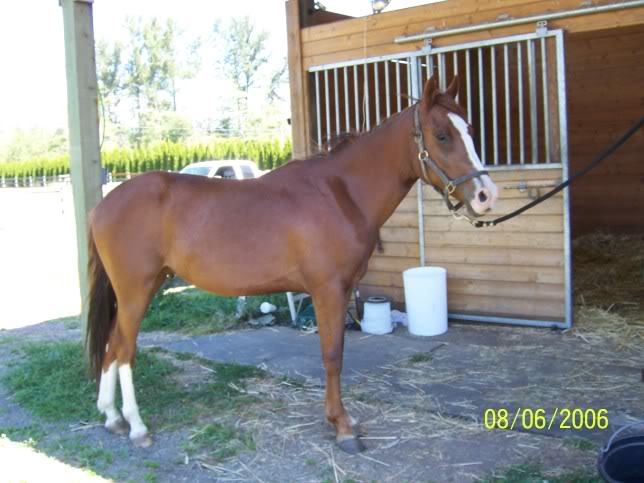 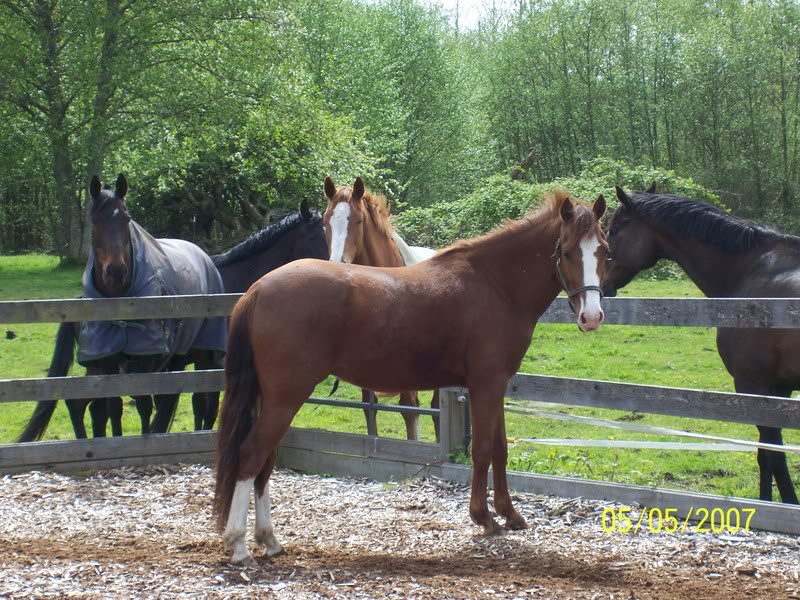