Gunnar was an 11 year old stallion who was surrendered to SAFE through our Community Outreach Program after his owner was no longer able to care for him. He’s a very nice horse, gentle and gentlemanly, and his life changed in a big way after he was transformed into a happy gelding. Gunnar had not only a heart murmur but a very deformed knee which we were told was an injury he sustained during birth. We did x‑rays of both the knee and the hoof, and saw no signs of anything concerning in either structure. Gunnar appeared very sound, and was able to run and play despite the way his knee looks.

Gunnar found his new home with a good friend to SAFE, Carrie G. 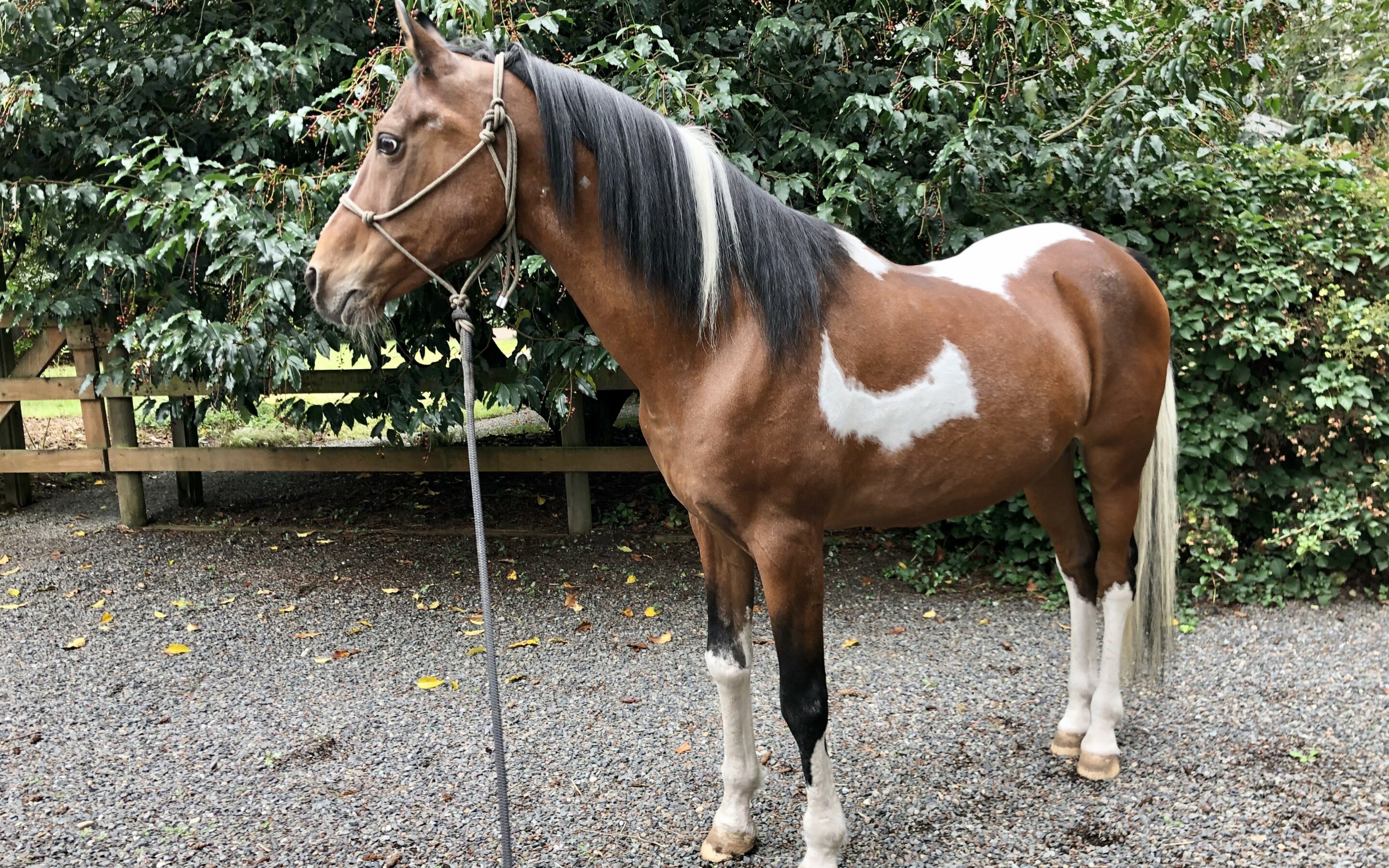 Look at this tall beautiful boy! Gunnar’s adopter recently shared a few photos with us, including some with his best friend, Bryce. 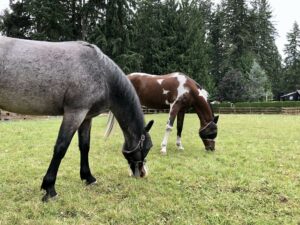 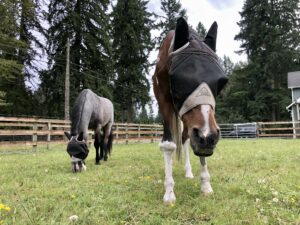 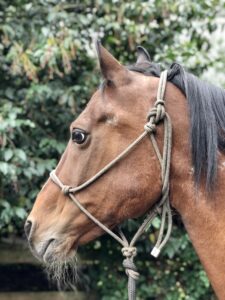 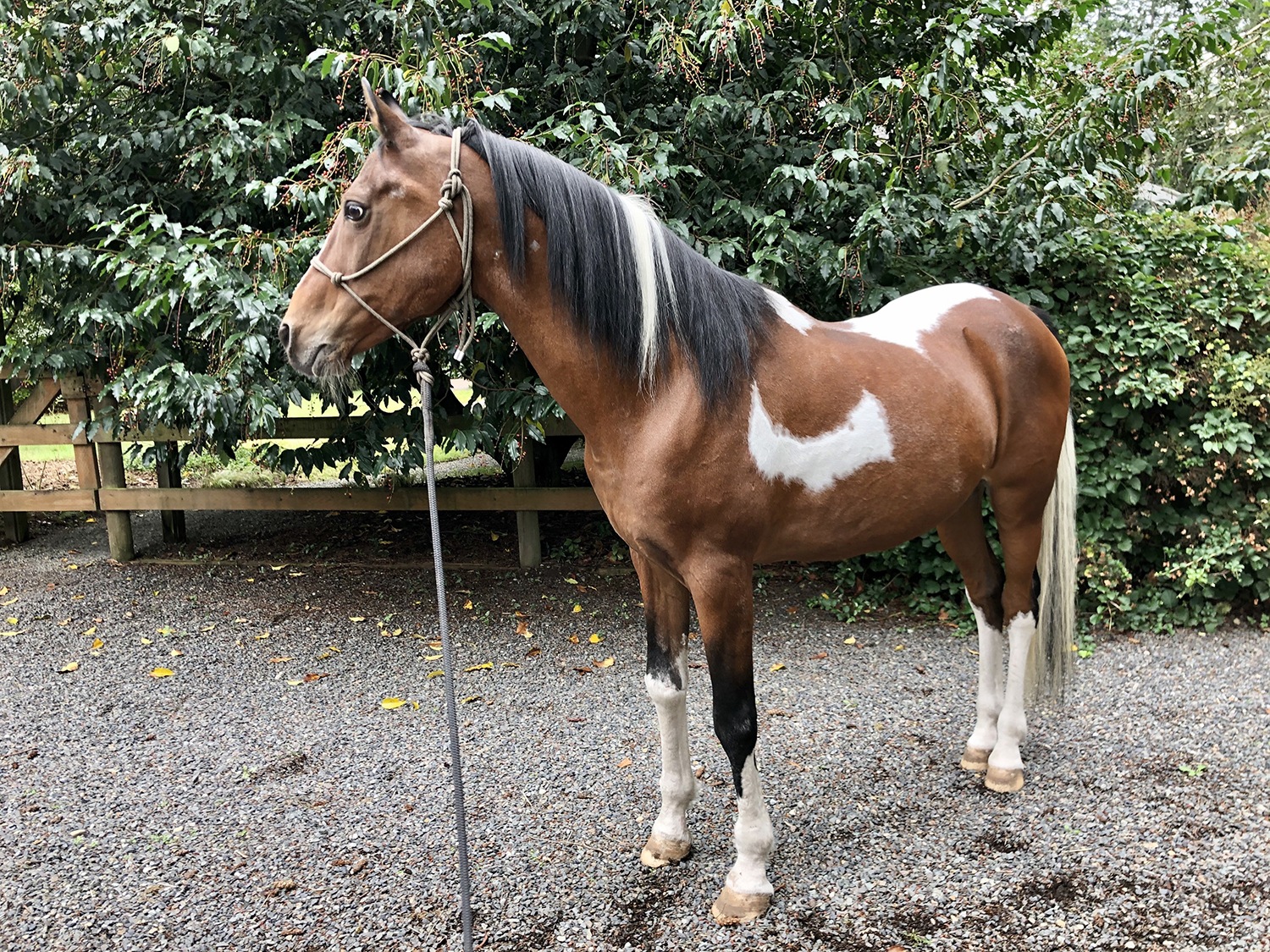 Checking in with Gunnar

In lieu of in-person site visits, we’ve been conducting virtual follow ups with adopted SAFE horses. A SAFE volunteer spoke by phone with Carrie, who adopted Gunnar as a companion for her riding horse, Bryce. Gunnar can’t be ridden but he still gets to show off the groundwork skills he learned at SAFE with Carrie on a regular basis. His health is good, apart from an ongoing battle with scratches that Carrie has been treating. All in all, it’s a happy retirement for this handsome SAFE alum! 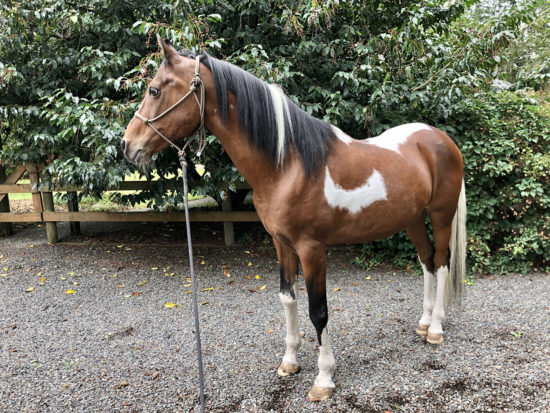 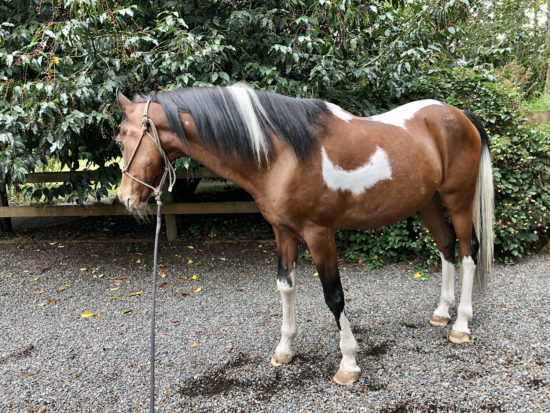 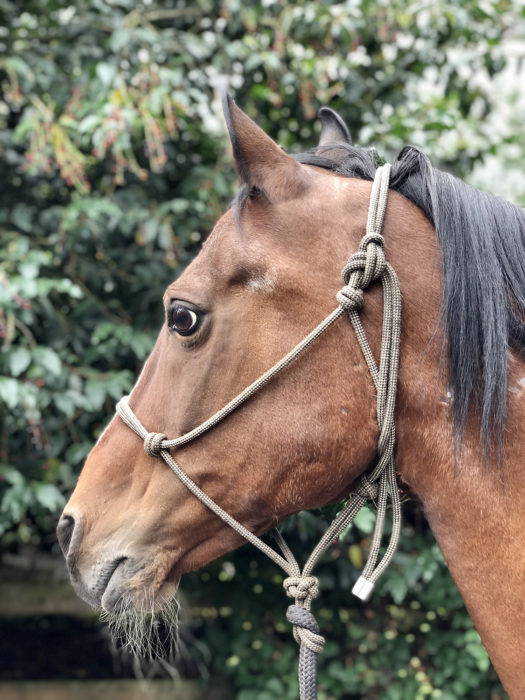 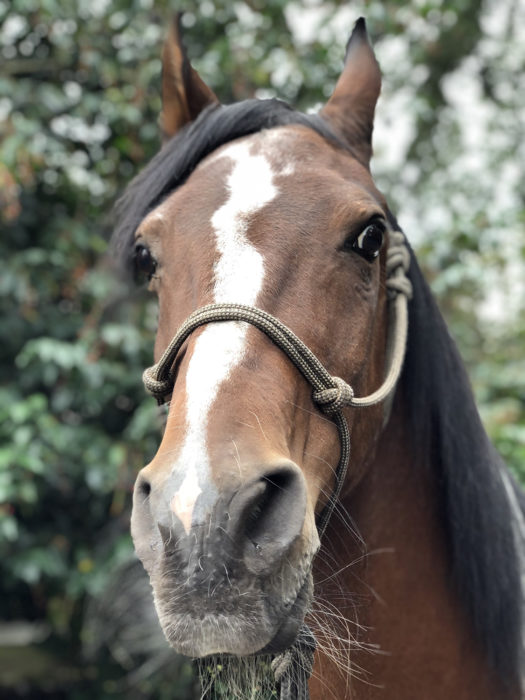 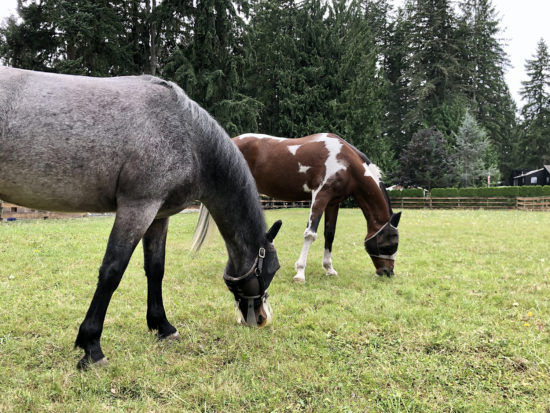 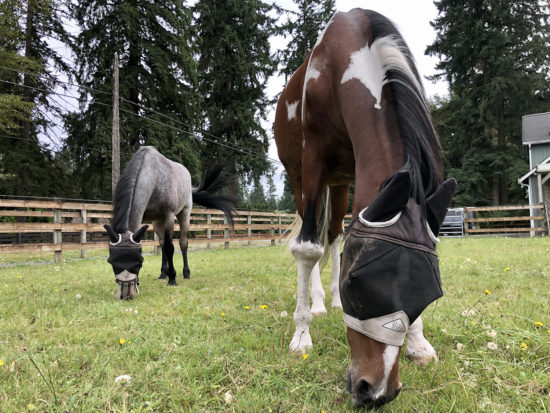 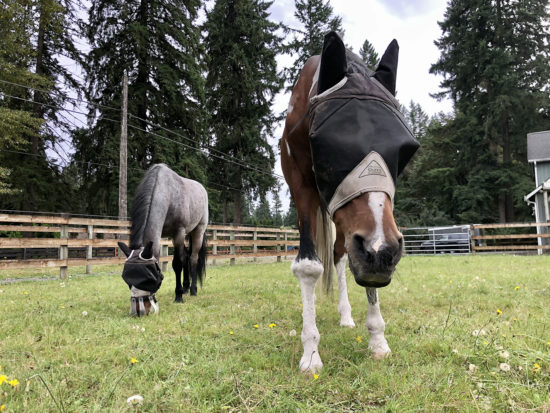 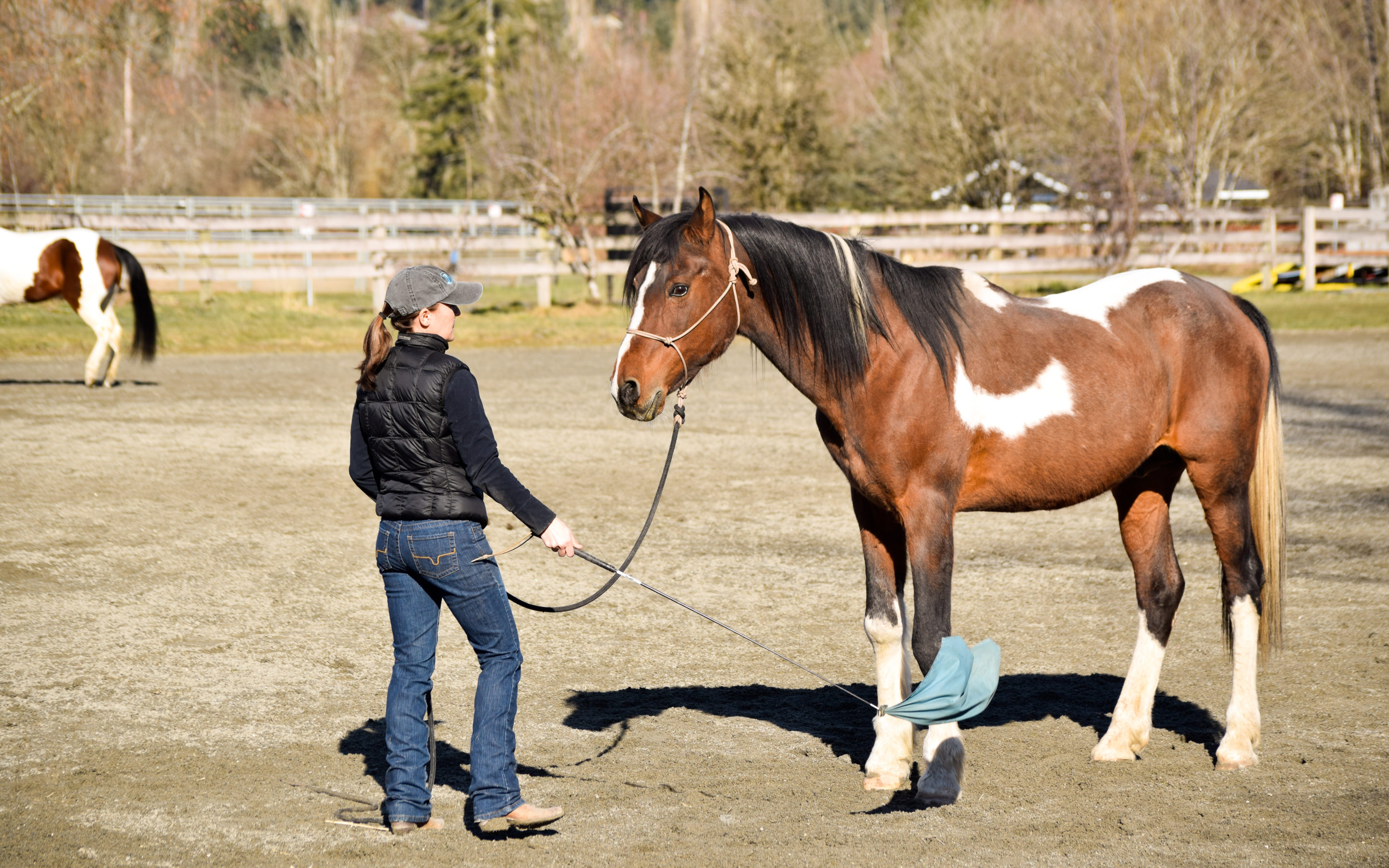 Things are Looking Up for Gunnar!

We have all fallen in love with Gunnar! This handsome half-Arabian is as sweet as they come. At the time of his intake we were told that he was 11 years old, but physically he looks like an older gentleman and his dental revealed teeth that look much older, as well. He is still stunning and sprightly, but you can tell that he’s not a spring chicken. The puzzle pieces all fell into place when we looked into his pedigree and found that he is actually 22.

Gunnar still looks at life with a cautious attitude, but he responds well to reassurance from his human friends in situations that he feels uncertain about. He learned to accept a flag, tarps, blankets, spray bottles, and hoses without much fuss. Becoming a gelding didn’t really have an effect on his personality since he never really acted like a stallion in the first place. Based on his attitude, if you didn’t know that he was recently a stallion, you’d have guessed he was a gelding the whole time.

Gunnar came into us underweight and kind of scraggly. He is now shiny and at a good weight thanks to a couple of baths, balanced nutrition, and 4 mashes daily. Eating hay is not his favorite activity—he’d much rather dance in his hay and wait until mash time rolls around to eat.

Because of his enlarged knee, Gunnar has very limited range of motion in his right front leg. But that doesn’t seem to slow him down. Even though he has a hitch in his giddy up, his trot is still beautiful and floaty, and moving out doesn’t seem to bother him too much. With his Arab tail flying, he is quite a sight! 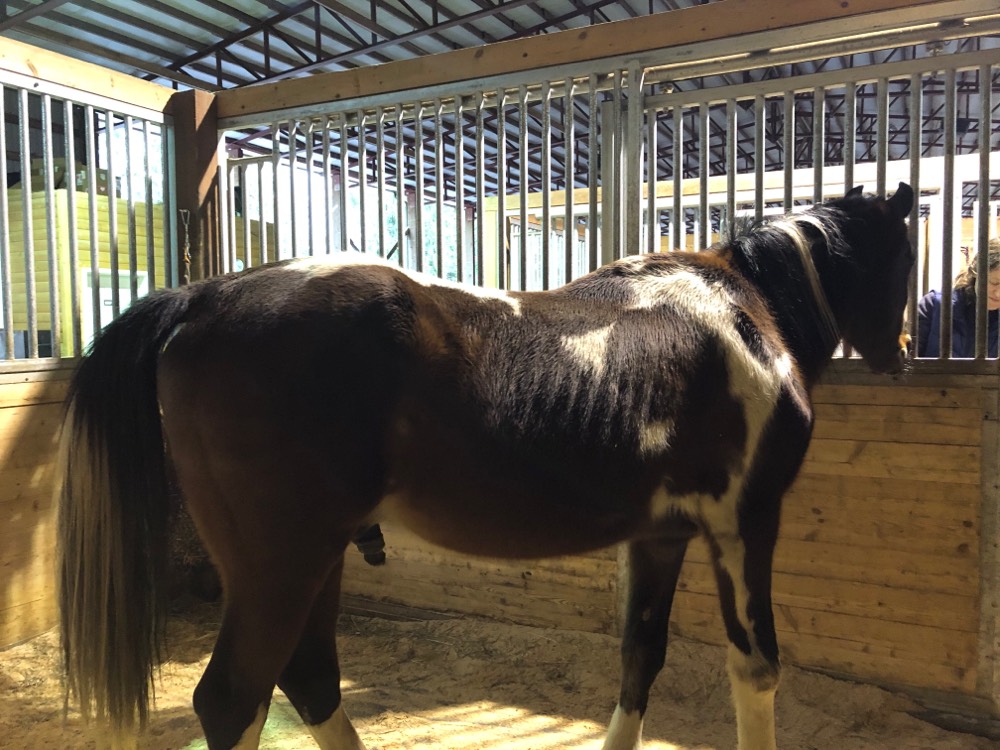 We have a new horse joining our herd this week. Gunnar is an 11 year old stallion who was surrendered to SAFE through our Community Outreach Program after his owner was no longer able to care for him. He’s a very nice horse, gentle and gentlemanly, and his life is about to change in a big way after he’s transformed into a happy gelding. However, he is not currently in good enough health to sustain surgery, and he has a heart murmur that is concerning to our veterinarian. But he will be gelded as soon as we are able to safely do so. Fortunately Gunnar is very well behaved and seems to show little interest in other horses, even mares. Gunnar also has a deformed knee which we are told was an injury he sustained during birth. We’ve done xrays of both the knee and the hoof, and see no signs of anything concerning in either structure. Gunnar appears very sound, and is able to run and play despite the way his knee looks. We plan to evaluate him as a possible companion horse, which may entail some groundwork training before we can offer him for adoption. But he is a very sweet guy, and we are hopeful that we can either find him a home, or place him with a sanctuary. 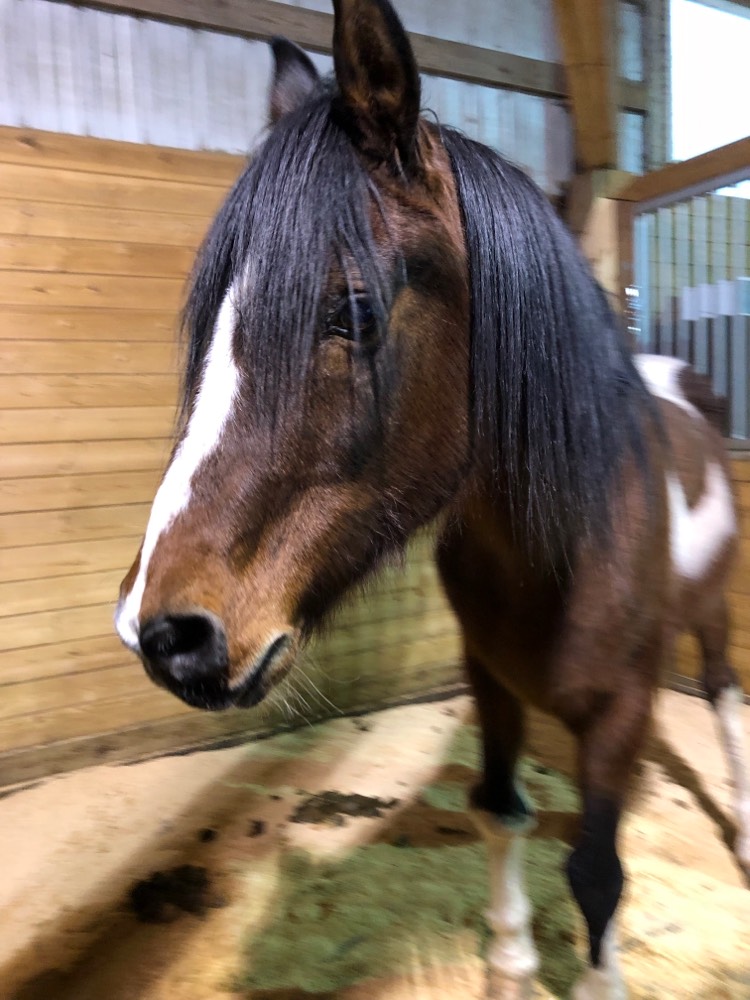 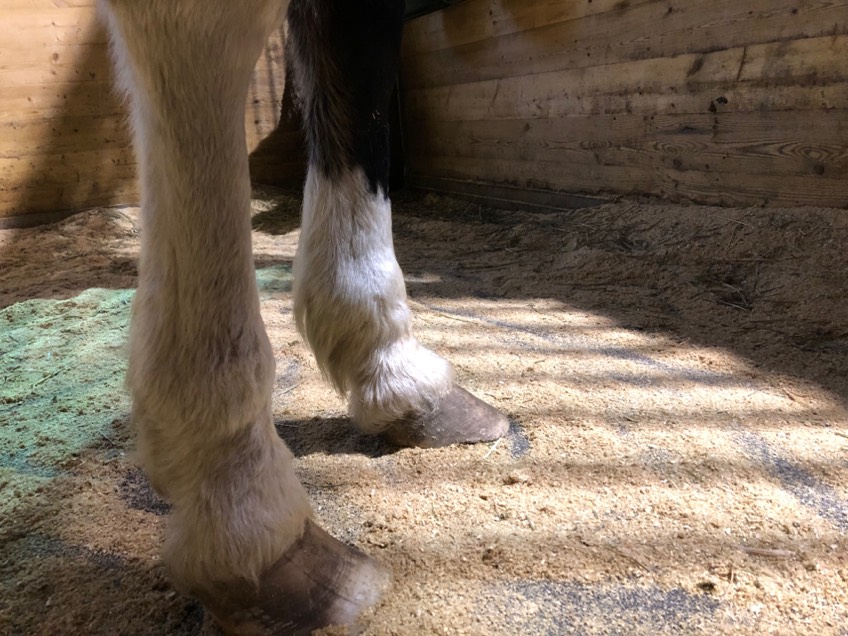 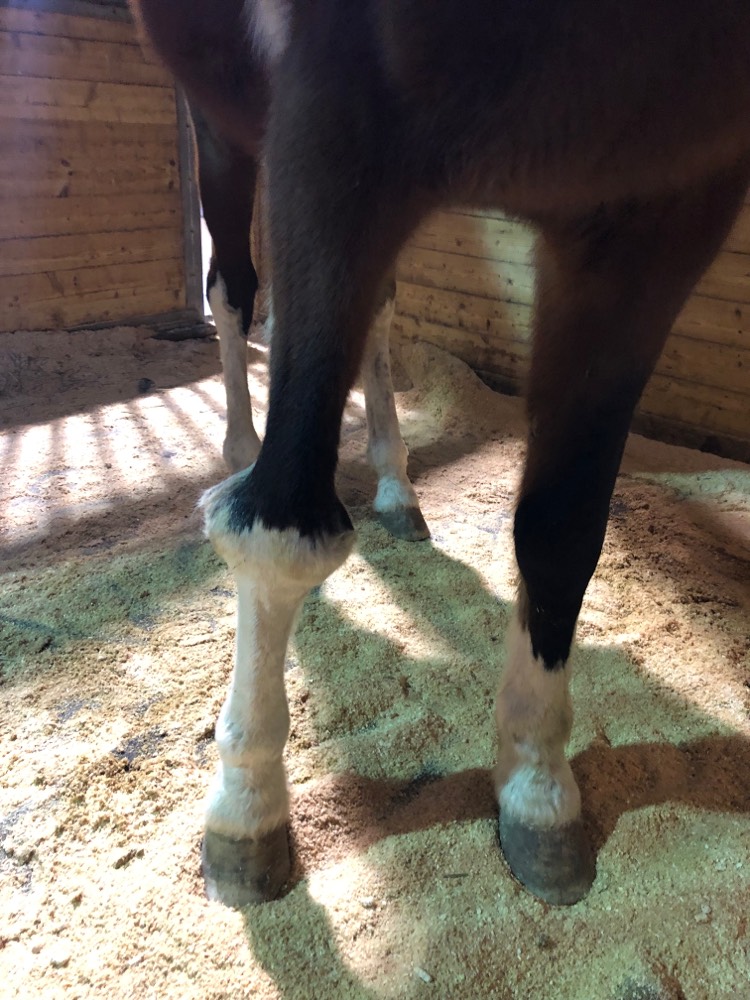 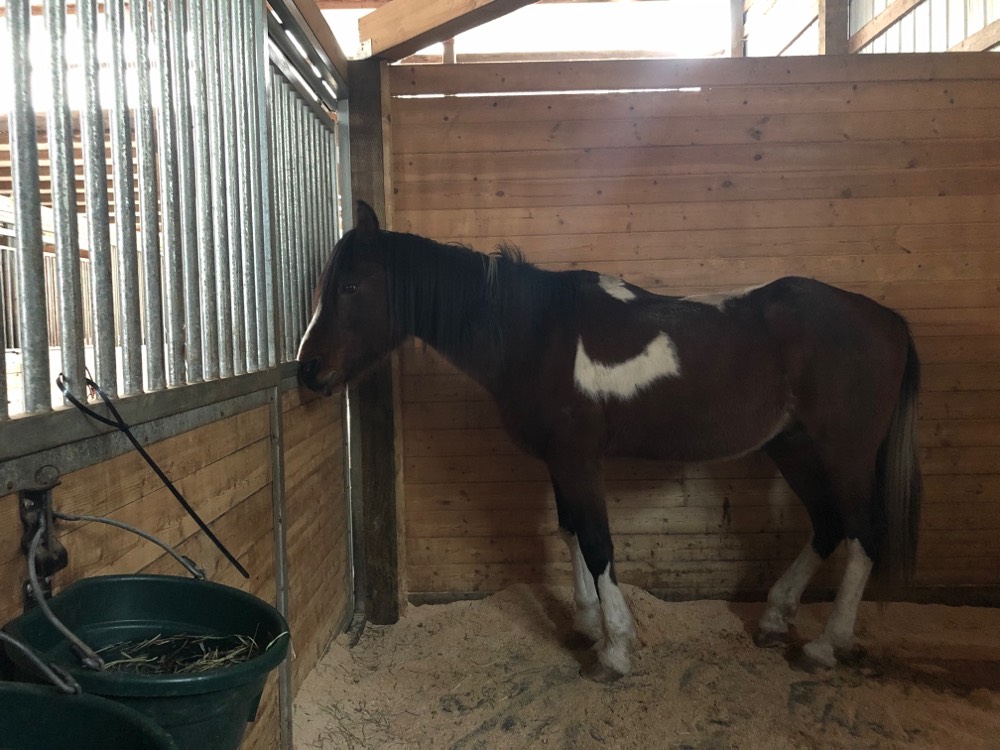 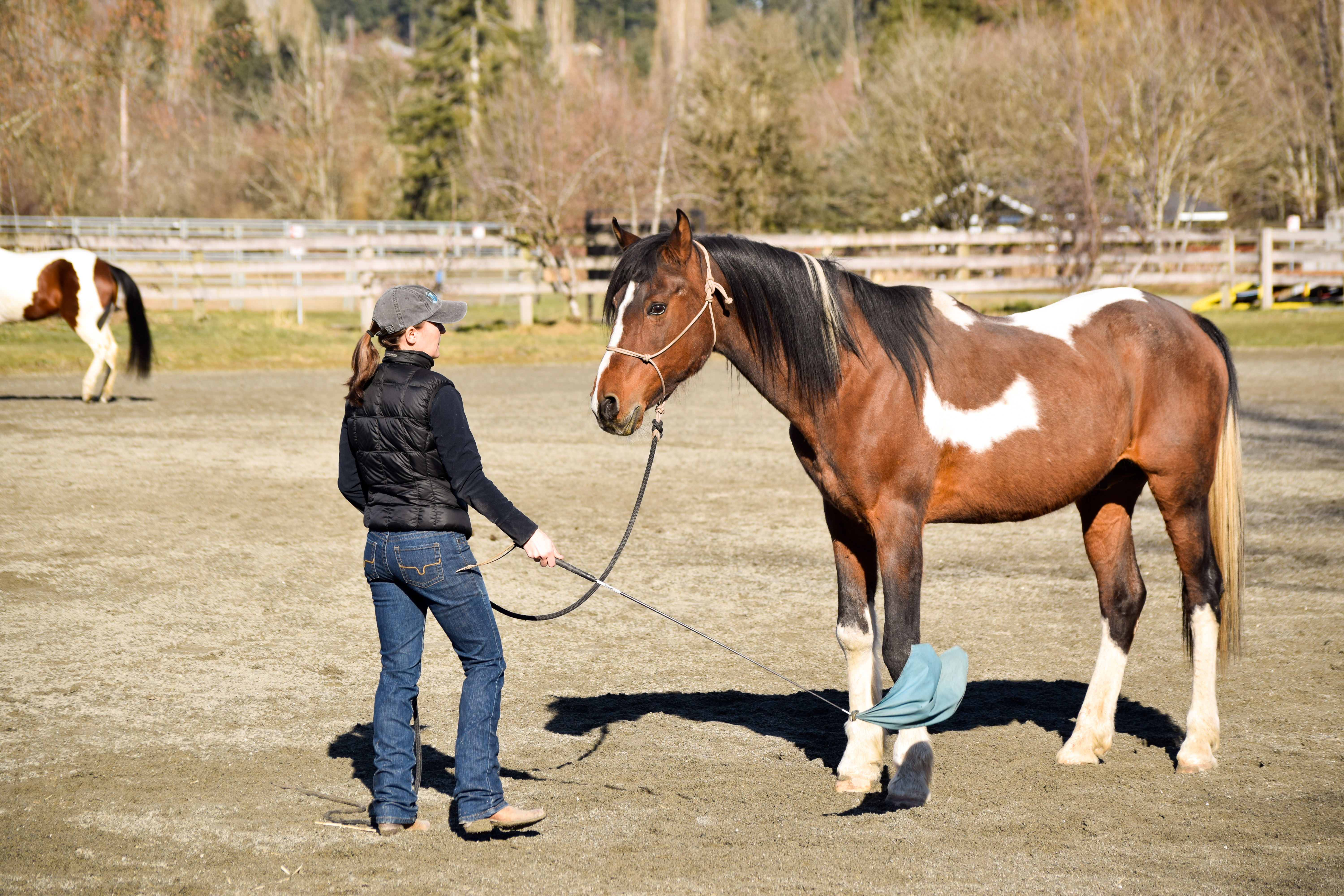 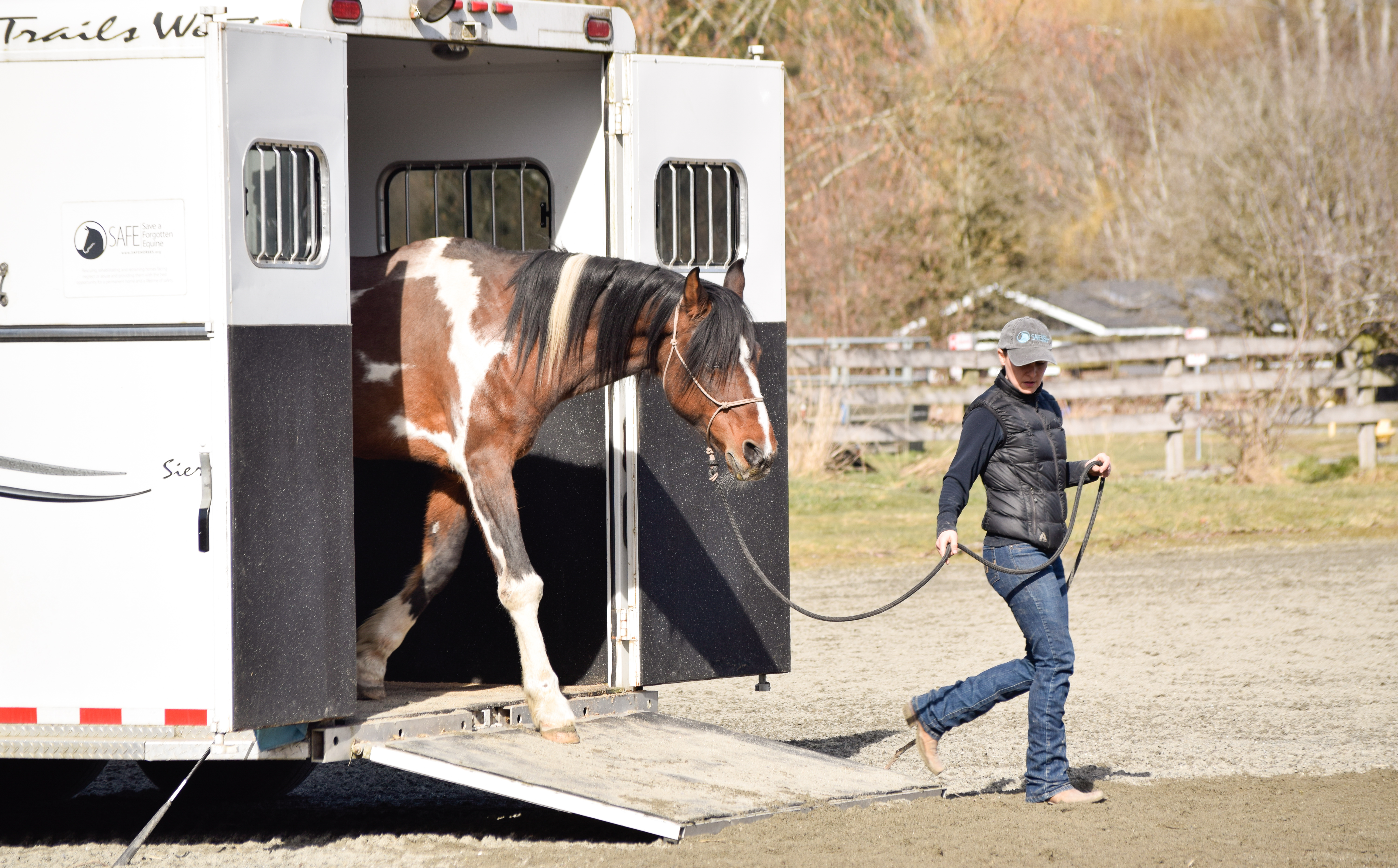 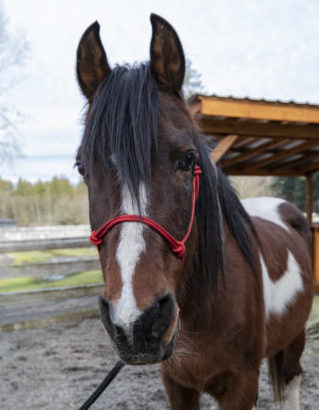 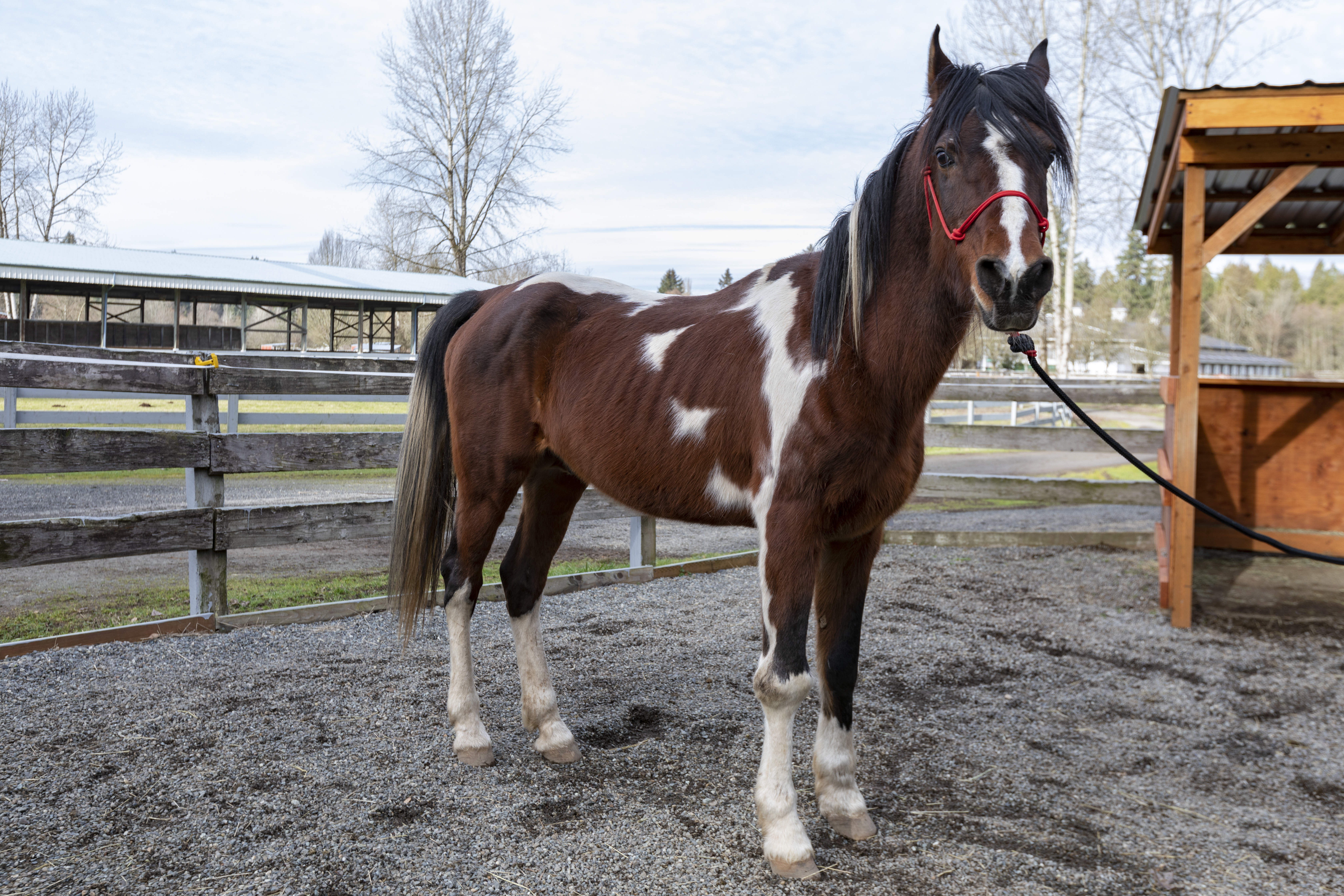 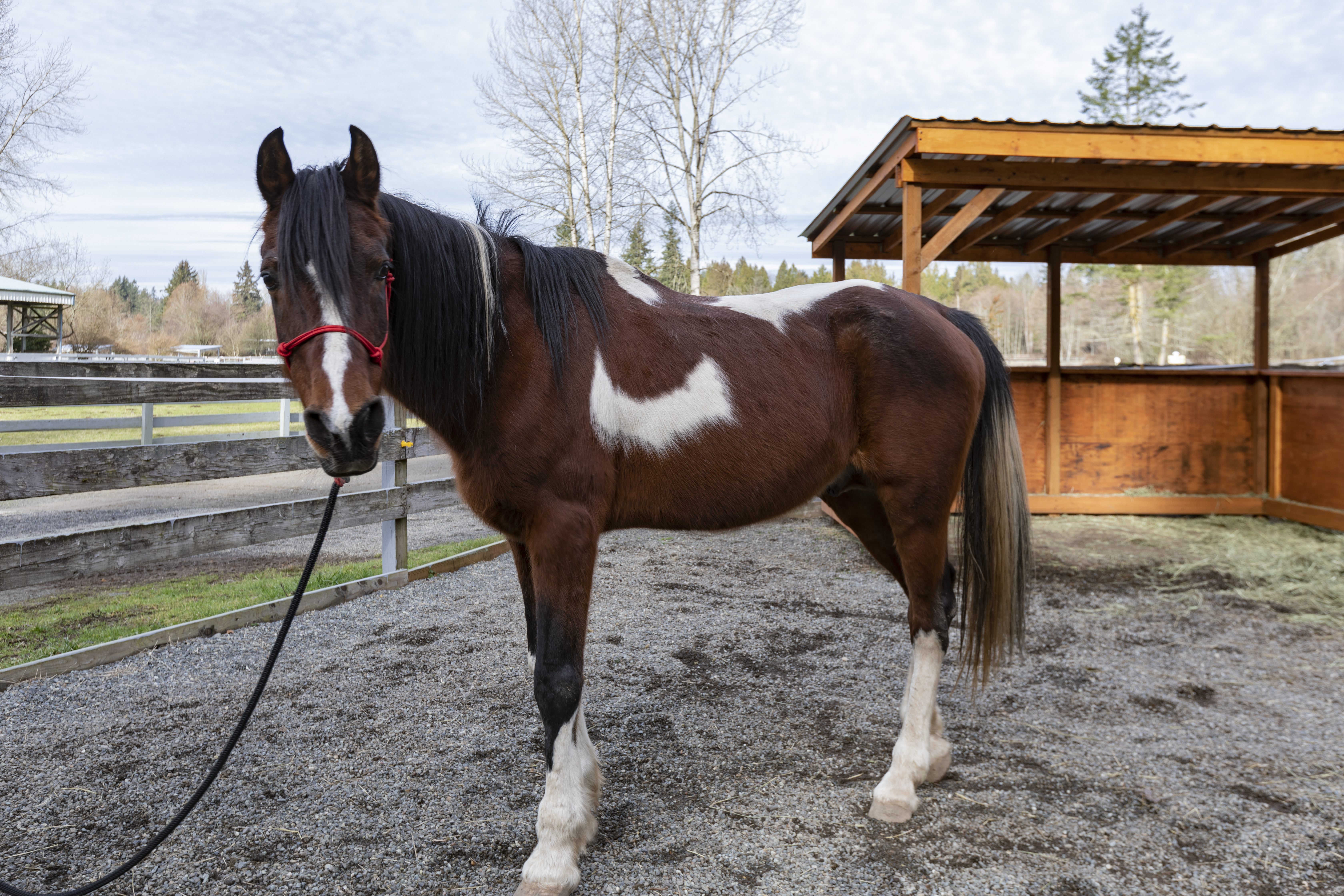