This striking Tennessee Walking Horse gelding was headed for the Game Farm in Sequim when a Good Samaritan stepped in to give him one more chance. Jasper spent most of his life being passed from one home to the next, and through no fault of his own, he became a challenging horse to deal with, due to his lack of confidence and relaxation. He can be very nervous and is easily startled or spooked. But he’s intelligent and desperately wants to make a connection with the people in his life.

While we initially thought that Jasper had potential to be a riding horse, we made the decision to assign him with a Companion designation. The amount of stress on him to wear a saddle and be safe is too excessive for him to be a riding horse. He is in his late teens now, and damage and deep fears developed in his past as a riding horse appear too great a challenge for him to overcome at his age. Instead, his trainers focused on doing new things that he found enjoyable, such as learning to step up on a platform and other groundwork activities.

Today: Jasper is adopted and lives in Port Townsend with his adopter, Connie, a 19 year old mare, 4 donkeys, an alpaca and a llama! 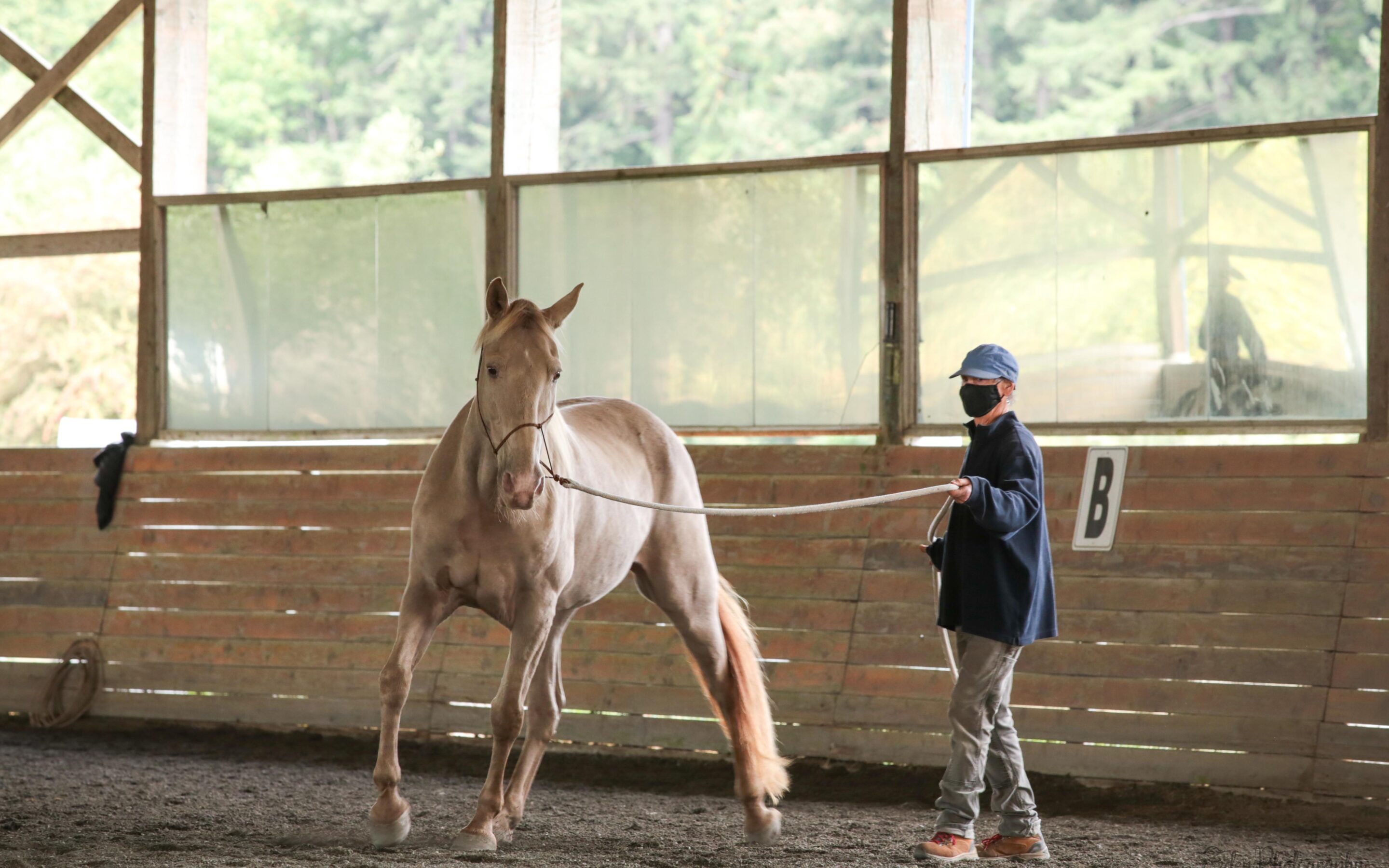 Jasper is adopted! Connie came to SAFE looking for a companion for her 19 year old mare, Poppy, who had recently lost her gelding companion. When she met Jasper, Connie immediately fell in love with his soft eyes.

Jasper came to SAFE in the summer of 2020 as a very nervous boy, easily startled and spooked. He had spent most of his life being passed from one home to the next and through no fault of his own, he became a challenging horse to deal with due to his lack of confidence and relaxation. At first we thought Jasper had the potential to be a riding horse, but we quickly realized the amount of stress wearing a saddle caused him was not fair. In his late teens, the damage and fears developed in his past as a riding horse appeared too great of a challenge for him to overcome. We made the decision to offer Jasper as a companion so he could live the rest of his life free of fear. He blossomed in our training program with his volunteer rider. We watched this handsome gelding go from easily spooked and hard to catch to seeking head scratches from people who passed by his stall window. Everyone fell in love with him and we are so happy Connie did too.

Jasper was headed to the Game Farm in Sequim, when a Good Samaritan stepped in to give him one more chance and contacted us. Now over a year later, he headed back across the Puget Sound to Port Townsend, where this time he will live a life free of worry with a big family of 4 donkeys, an alpaca, a llama and of course, Connie and Poppy. 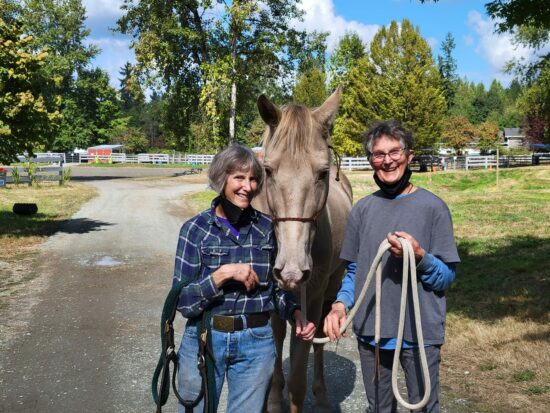 Sue, (Volunteer rider who worked with Jasper) with Connie and Jasper 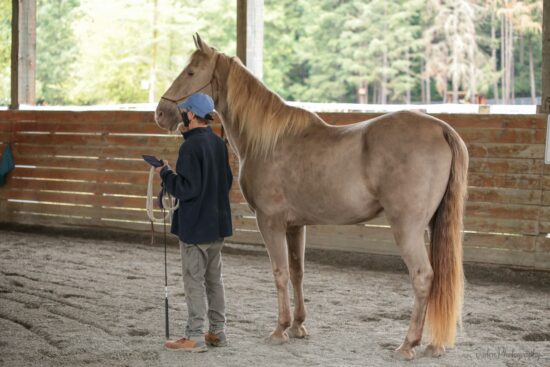 Connie and Jasper in the Joel Connor Clinic 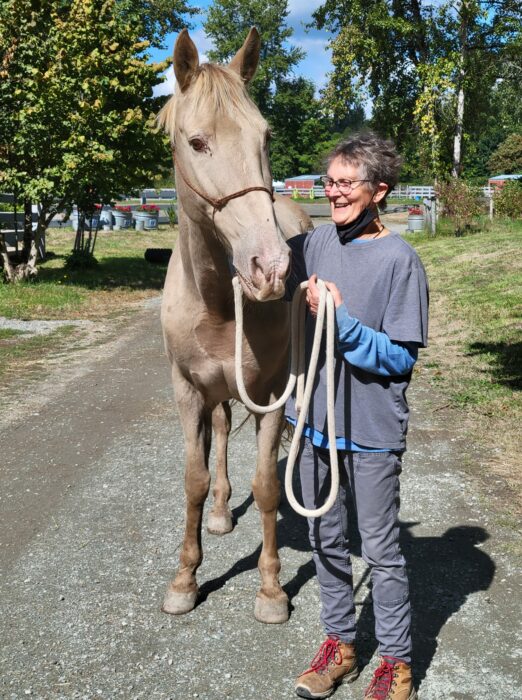 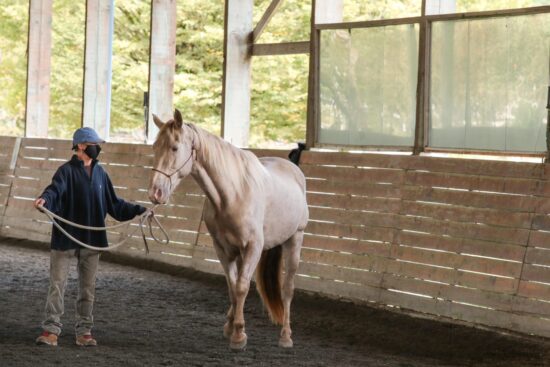 Jasper was interviewed by The Limelight Pet Project to be featured on Q13 this next Sunday. The Limelight Pet Project shines the light on harder to adopt pets in the Puget Sound area. Jasper’s only reason for being harder to adopt is because he is not a riding horse. Otherwise he is a sweet, loving boy who wants to connect to people. We have witnessed Jasper turn from a scared quivering horse to a horse that once he gets to know you, walks right up and says, “What are we doing now?”. He will make an excellent companion horse to another horse and/or person.

Check out these great interviews of Jasper below. 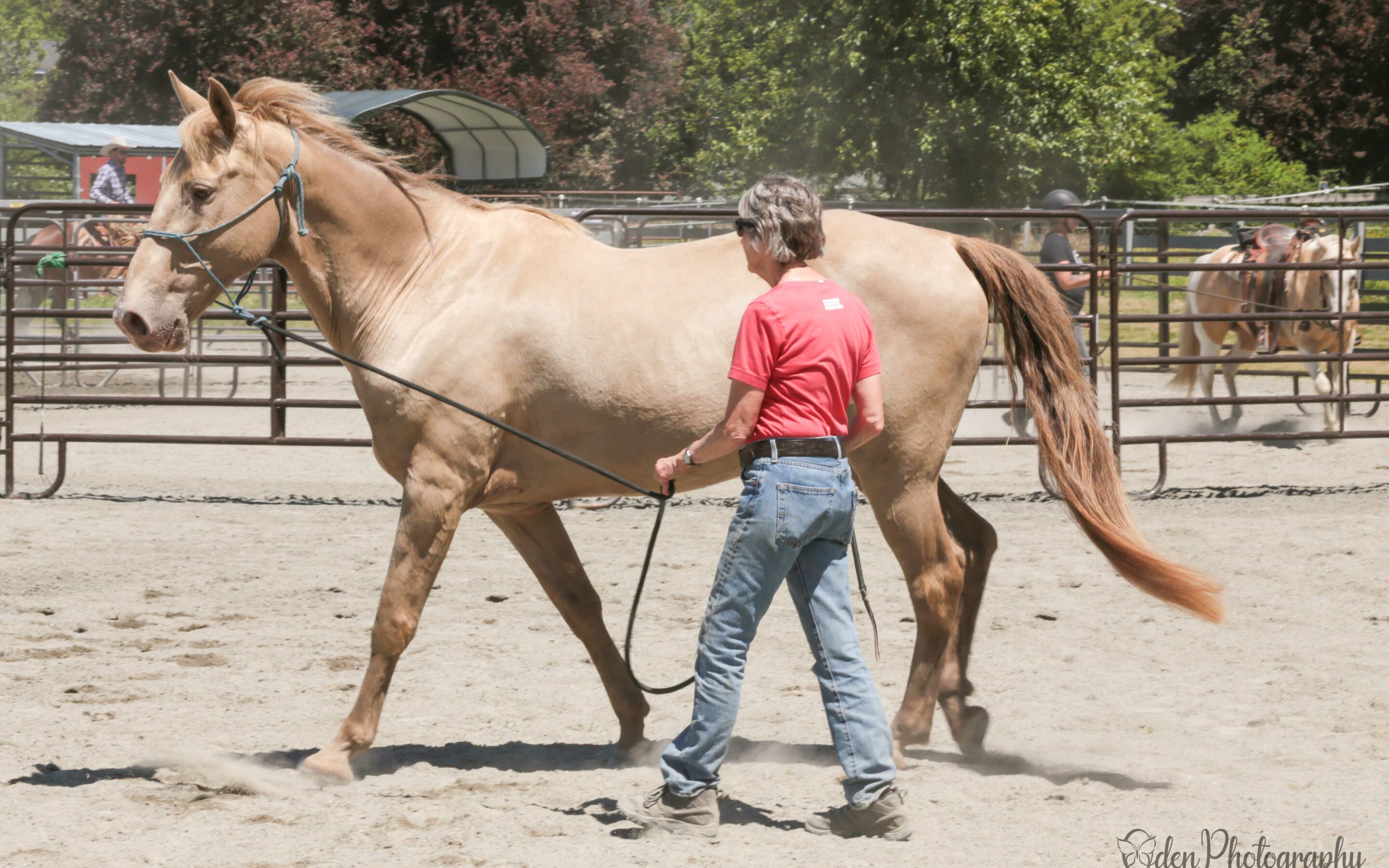 Sue had the opportunity to work with Jasper in the last Joel Connor Clinic in June. Here’s what she had to say:

“I was fortunate to spend one day of the June 2021 Joel Conner clinic working with Jasper. I had been working with him on my own for several weeks, but was excited to have some guidance to see what I was doing right and wrong. Jasper came to SAFE extremely wary and without confidence. He has improved greatly since arriving but still spooks easily. My challenge has been to find a balance where I can push hard enough to get a change in his behavior but still help him to relax. He started the clinic very nervous sharing the outdoor arena with so many other people and horses, but as we worked he was more able to focus on me and what I was asking. He is extremely stuck on his front end, and sometimes spins on it when asked to move his hind quarters. Joel helped me with exercises to move his front quarters laterally and forward, and also to back more responsively. I am happy to report that this has been extremely helpful and I have seen a good change in how he performs both hind quarters and front quarters since the clinic.

I also want to mention anecdotally that Jasper and I went on a trail walk with Lucca, Aries, and Barb last week. He was nervous but he handled it like a champ. Thanks to Terry for the opportunity and to Joel for the guidance.” 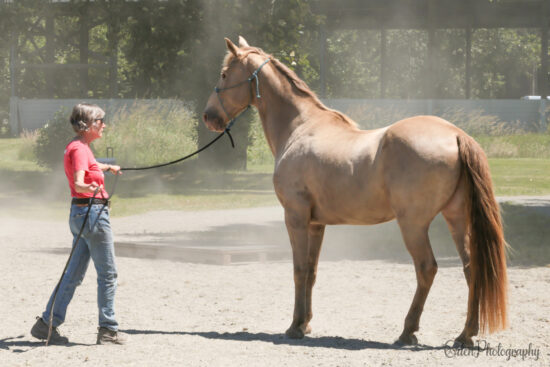 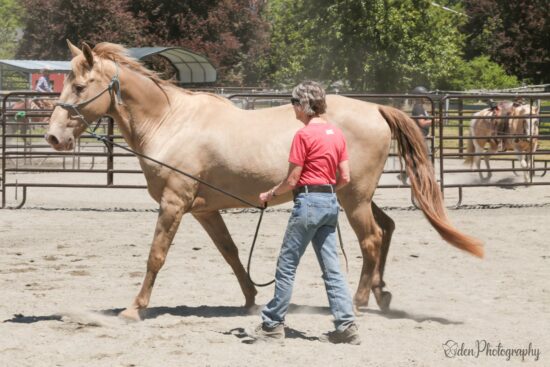 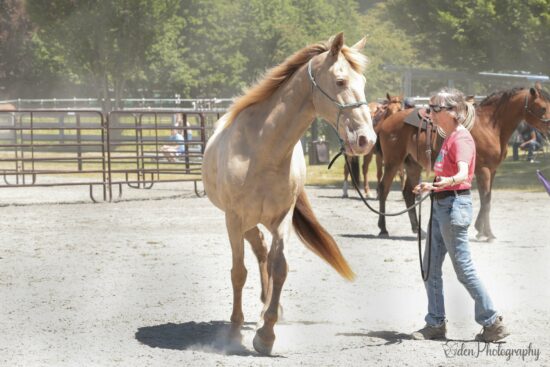 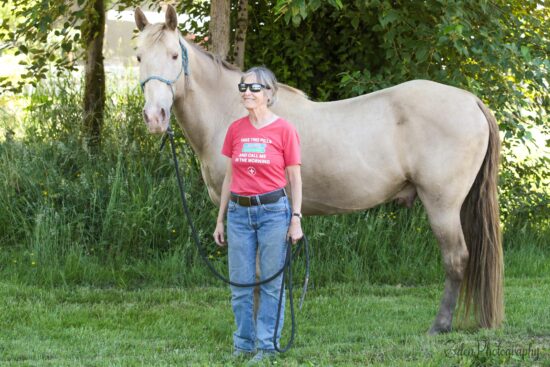 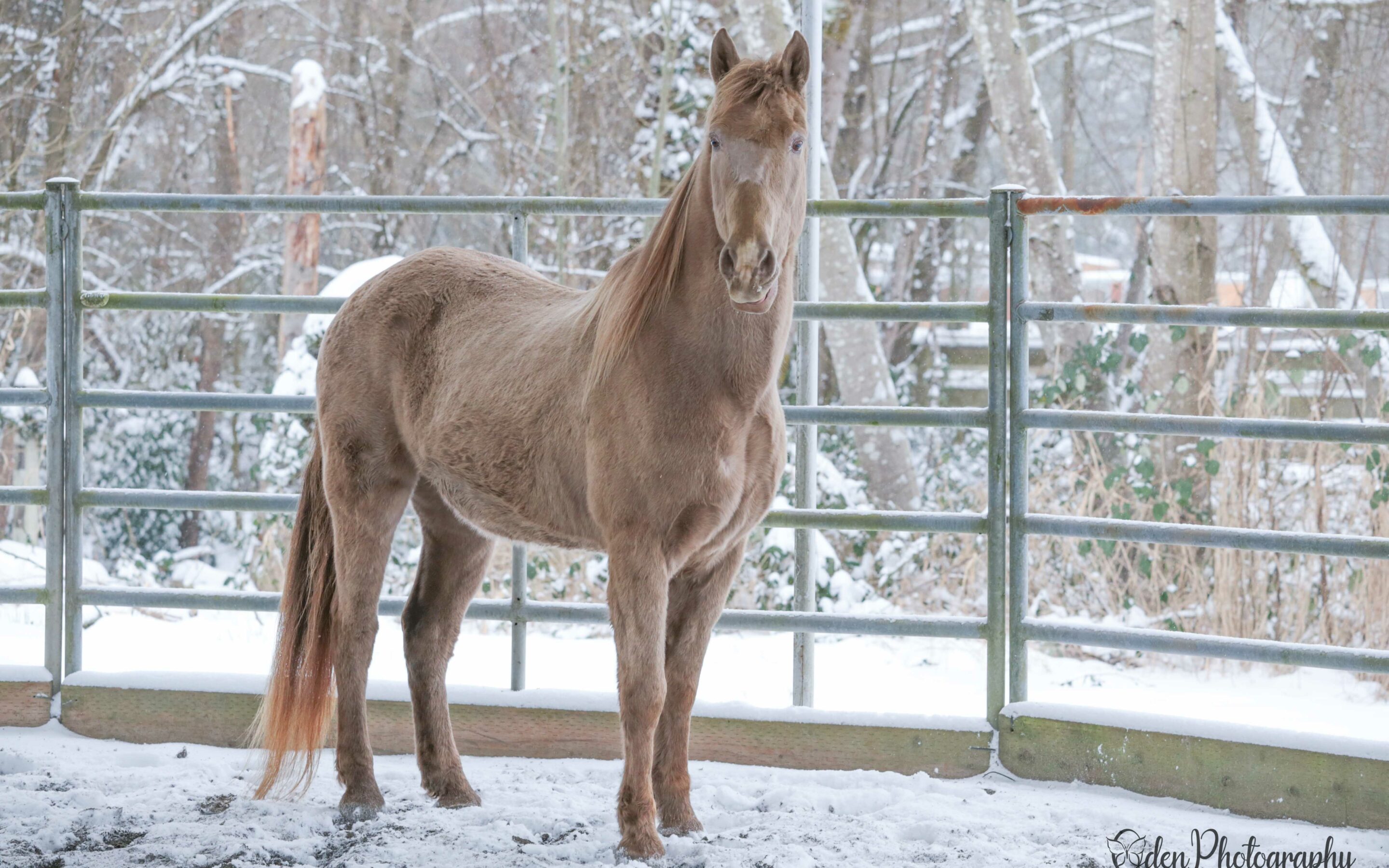 Jasper had a bony growth on the left side of his jaw. It did not seem to bug him or cause him any pain. However, he would repeatedly bump it and break open the skin, so we decided to have the growth removed. We held a fundraiser for a surgery for one of our ponies, Razin, and the community raised more funds than we planned! We used the leftover donations to help pay for Jasper’s surgery. So it was perfect that both Razin and Jasper headed for surgery on the same day. They were there for each other in the trailer and for the sleep over.
Jasper returned looking great. He understandably had some soreness because he stopped eating out of his hay net. However, once we tossed it on the ground he gobbled it up. Jasper is recovering well and will be rejoining his gelding herd in a week. 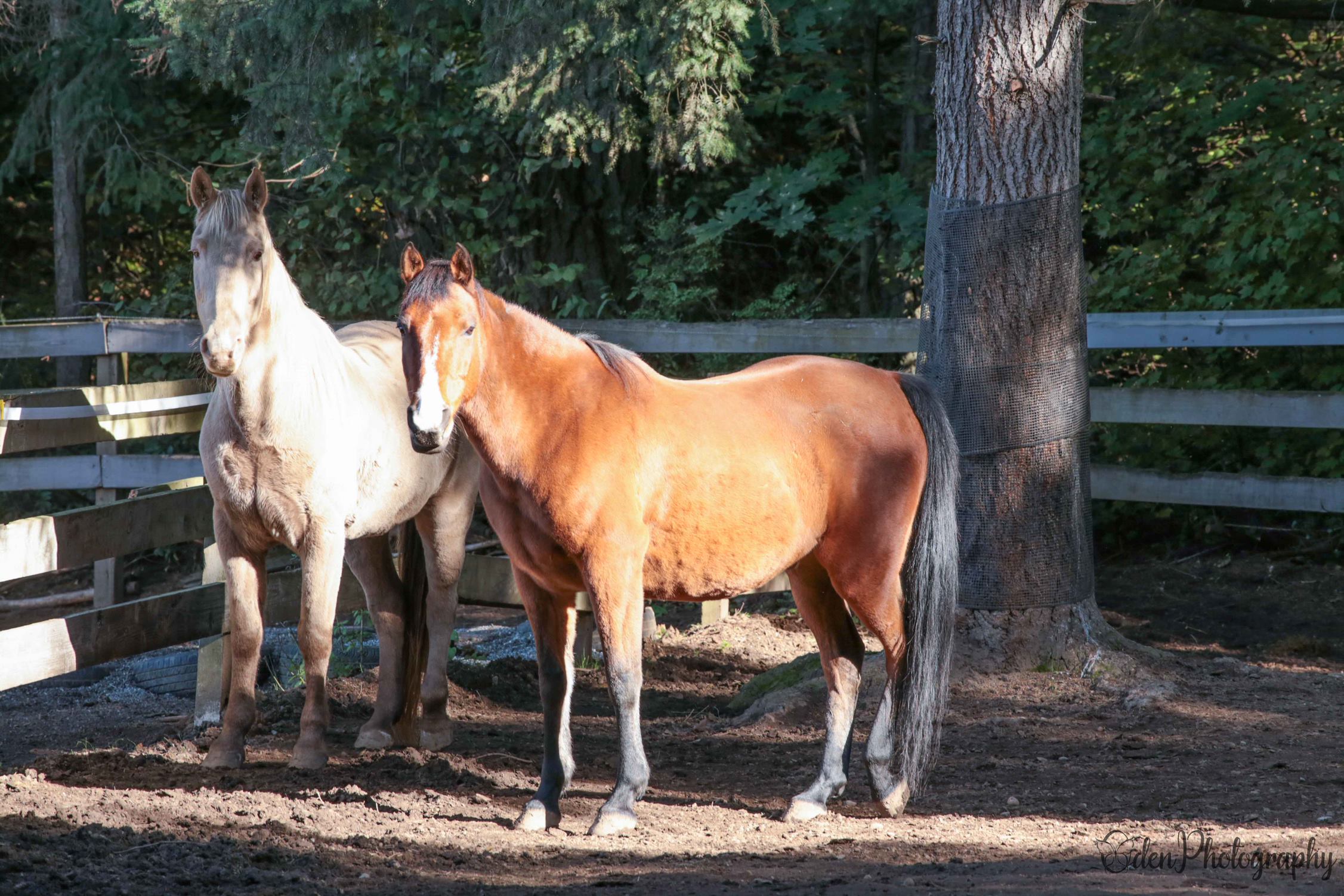 This one is a little bit of a heartbreaker. Jasper has entered the horsemanship program at SAFE and it is clear from his reactions that people have not been kind to him in the past. Jasper’s difficulty with changing eyes and his tense, upright posture show how troubled he is about human interaction. We’ve made some progress, but it seems like this will be a long road to undo that damage that was done previously.

Fortunately, he is at the right place for that! SAFE will take all the time necessary to help Jasper relax around people, even if that means never riding him. We are committed to doing what is in Jasper’s best interest, whatever that may be. Introducing Jasper to his new best friend Alder has helped him feel much more comfortable in his turnout and in his stall. Being led from stall to turnout and back again every day has started chipping away at Jasper’s reluctance to be caught. Terry’s work with him on groundwork has started to show him that he can move away from pressure freely. Hopefully, Jasper will start to realize that people are not going to take away his ability to choose and he will begin looking to them for support, rather than in fear. 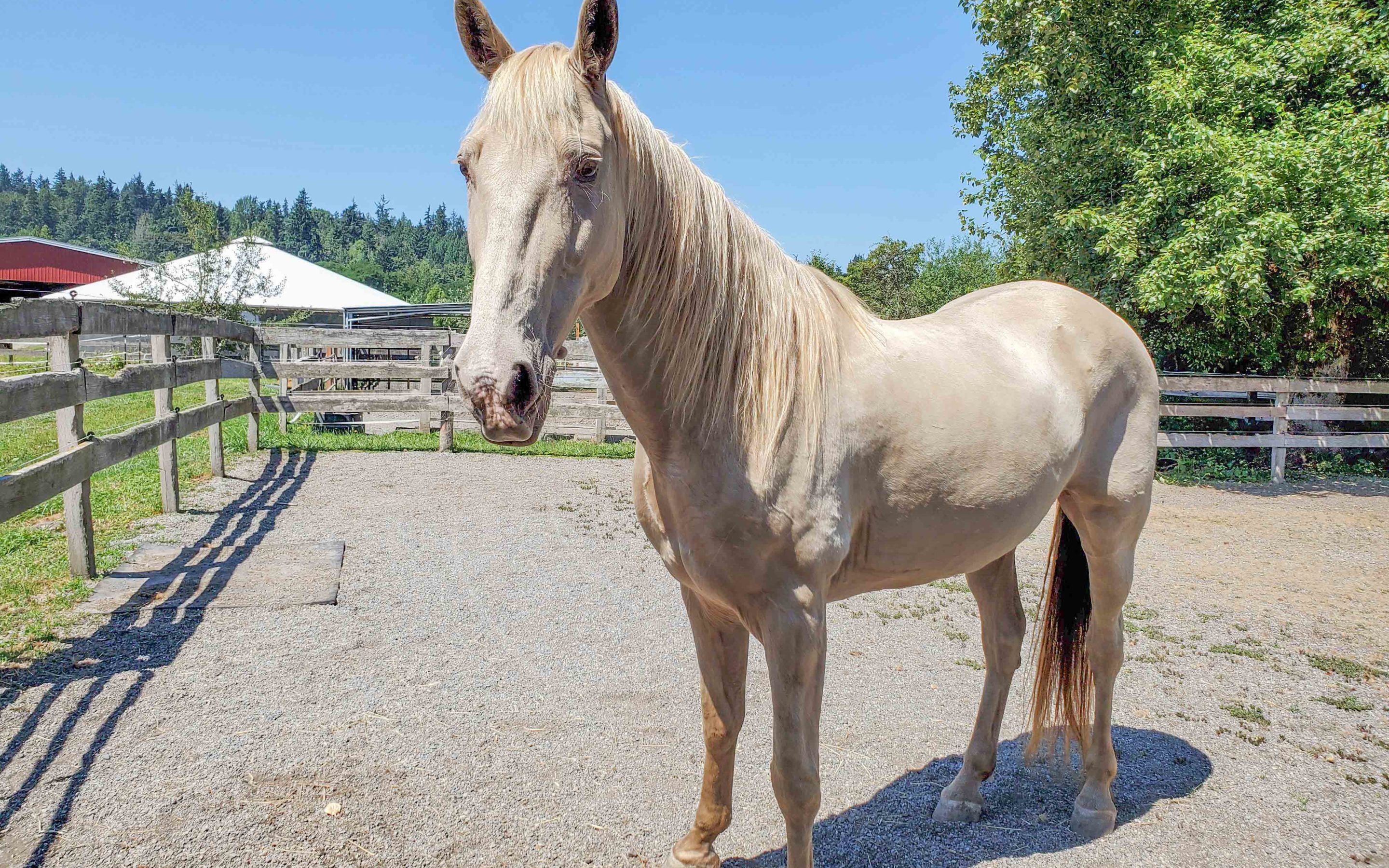 Jasper is a new addition to the herd here at SAFE. This striking Tennessee Walking Horse gelding was headed for the Game Farm in Sequim when a good samaritan stepped in to give him one more chance. Jasper has spent most of his life being passed from one home to the next, and thought no fault of his own, he’s become a challenging horse to deal with due to his lack of confidence and relaxation. He can be very nervous and is easily startled or spooked. But he’s already shown that he’s intelligent and desperately wants to make a connection with the people in his life. This horse is going to benefit from SAFE’s horsemanship program in a BIG way. We’ll be taking things very slowly with Jasper, and help him gain the confidence he needs for a much better quality of life.

Thank you to trainer Ken Siefer for recognizing the potential in Jasper and for taking the time to evaluate him and determine that he could be saved. Ken was able to achieve a big transformation in this horse in just three weeks, and we are very hopeful that we can continue what he started.

Jasper is about 13 years old, and is a gaited Tennessee Walking Horse. His unusual Champagne coloring gives him a quite striking appearance. As his health improves, we expect him to become quite the good looking horse! We don’t have much information about his background, but we are told that he’s been ridden extensively. We will be slowly restarting him under saddle if all goes well with his groundwork training. 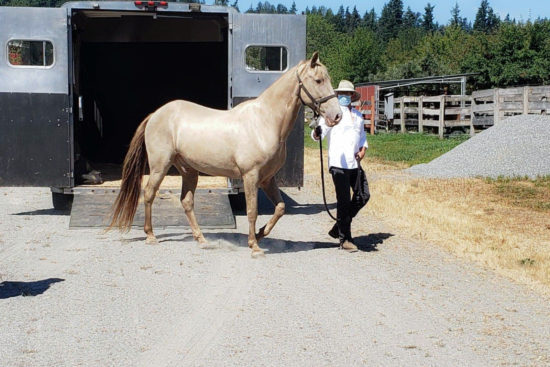 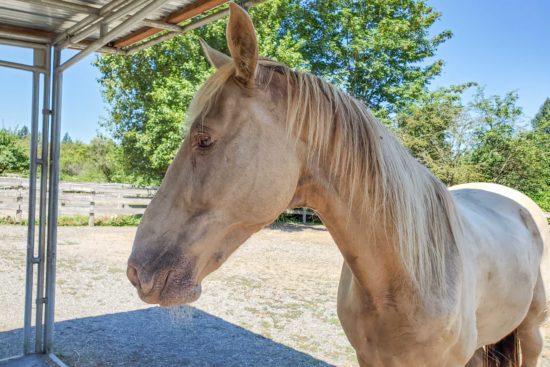 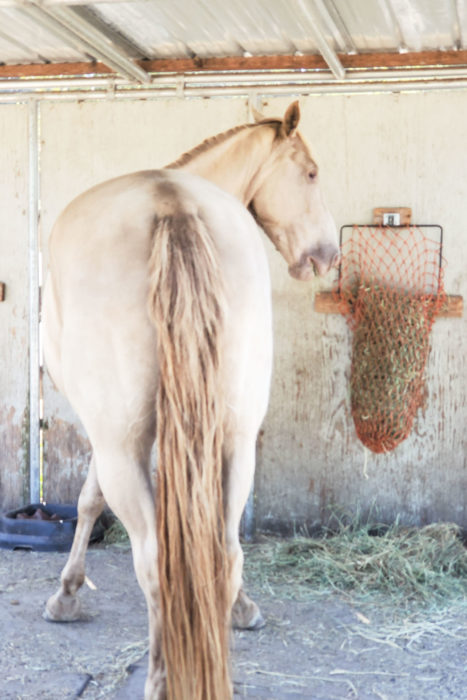 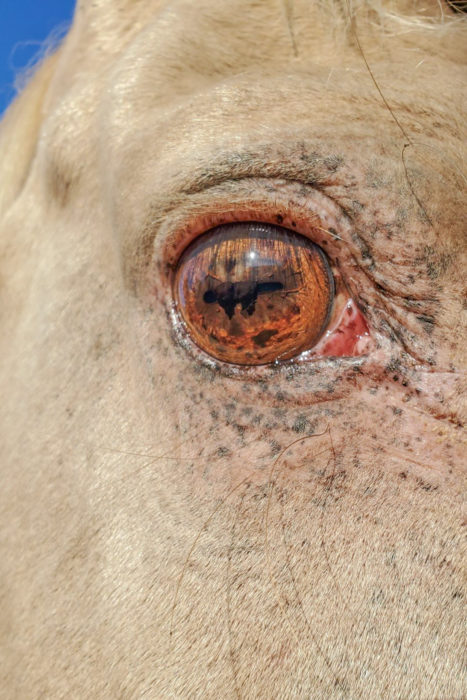 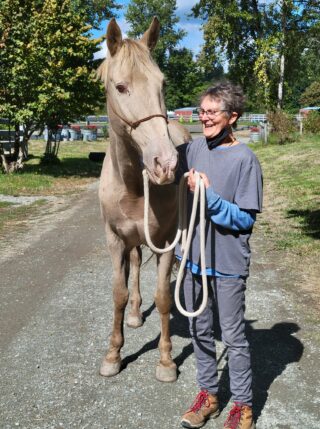 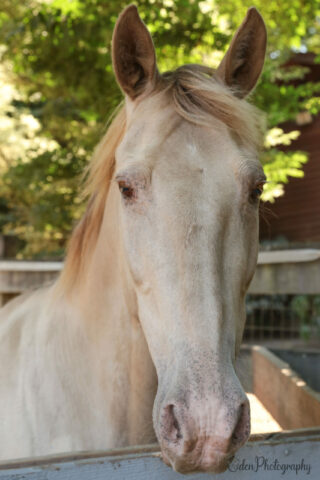 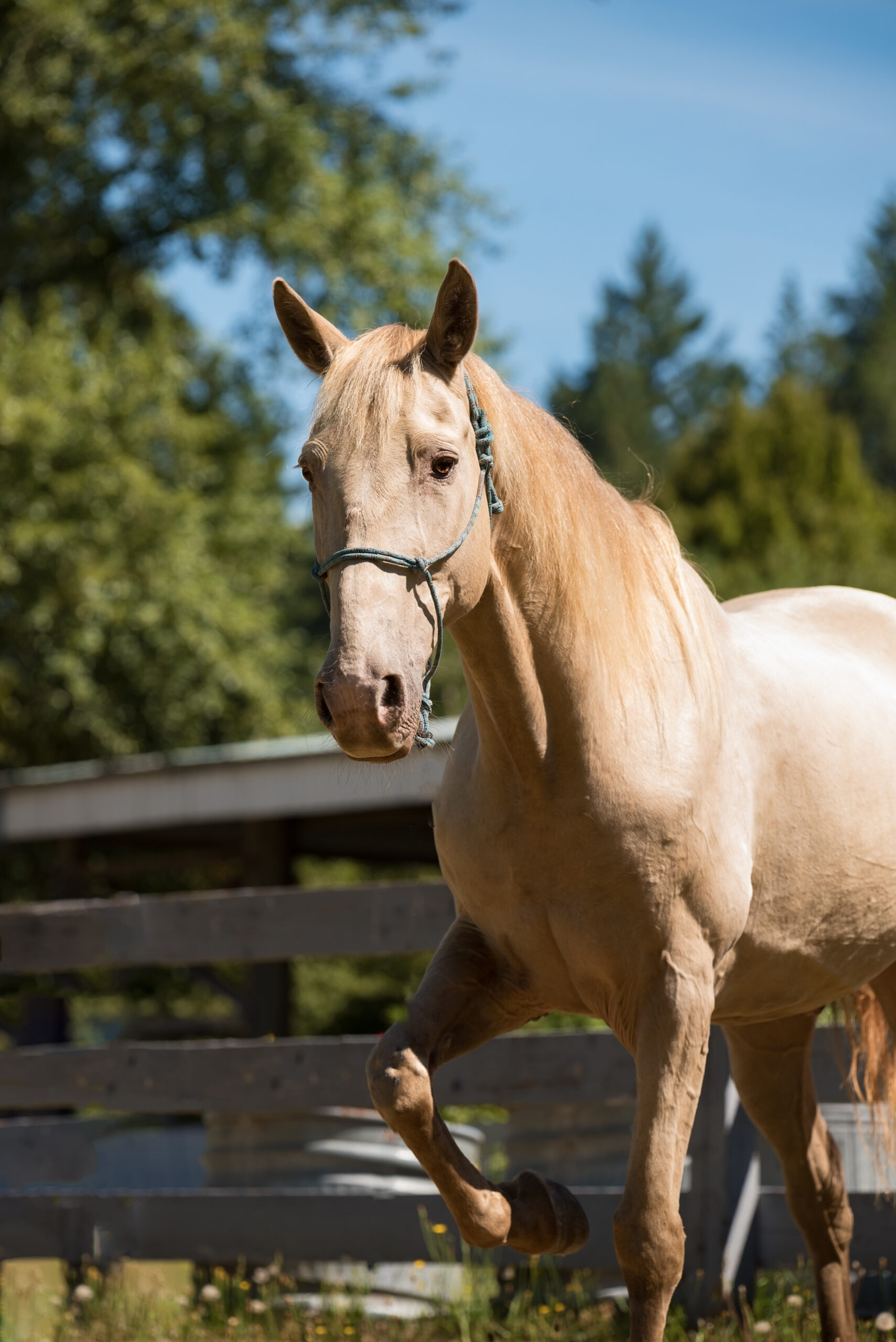 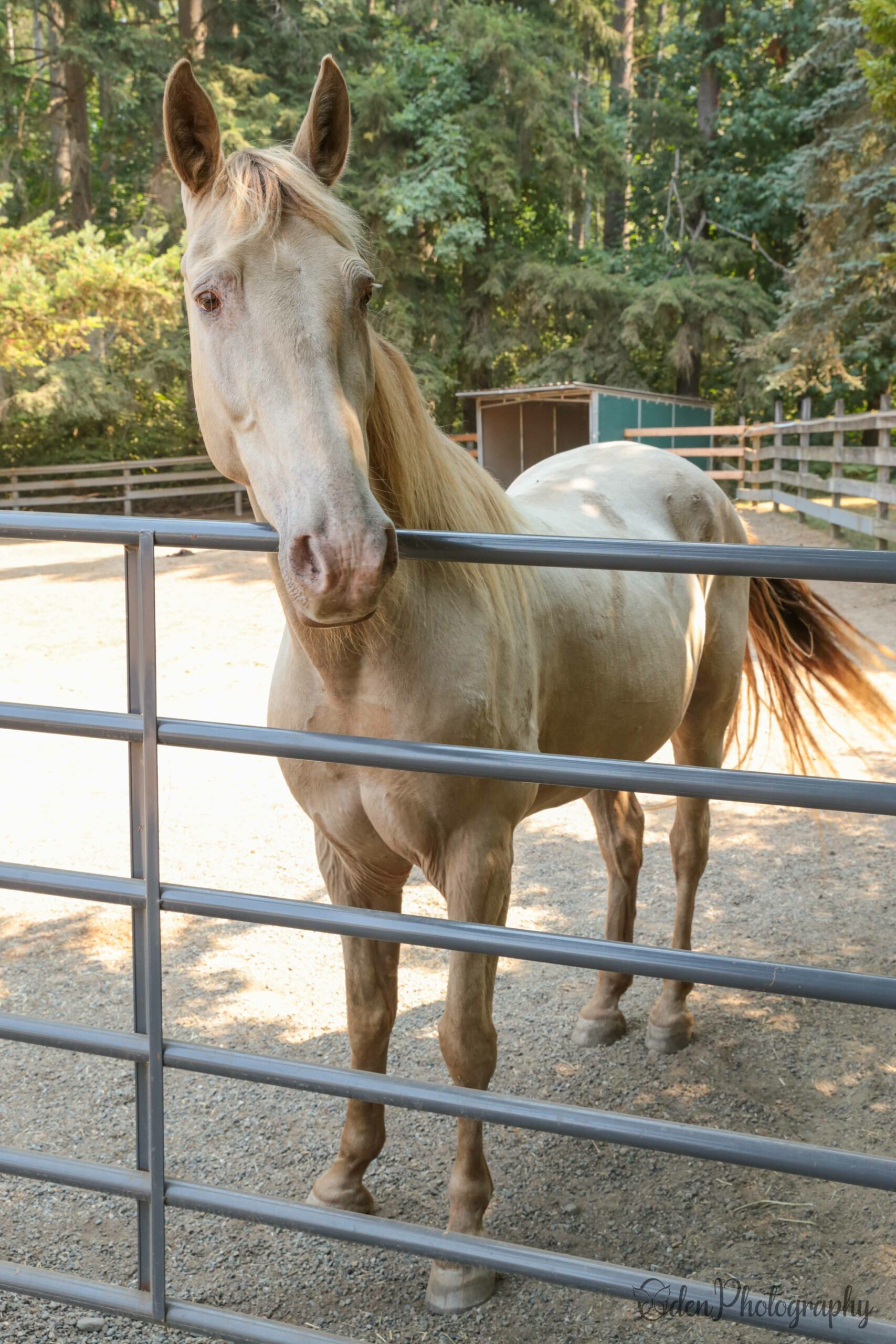 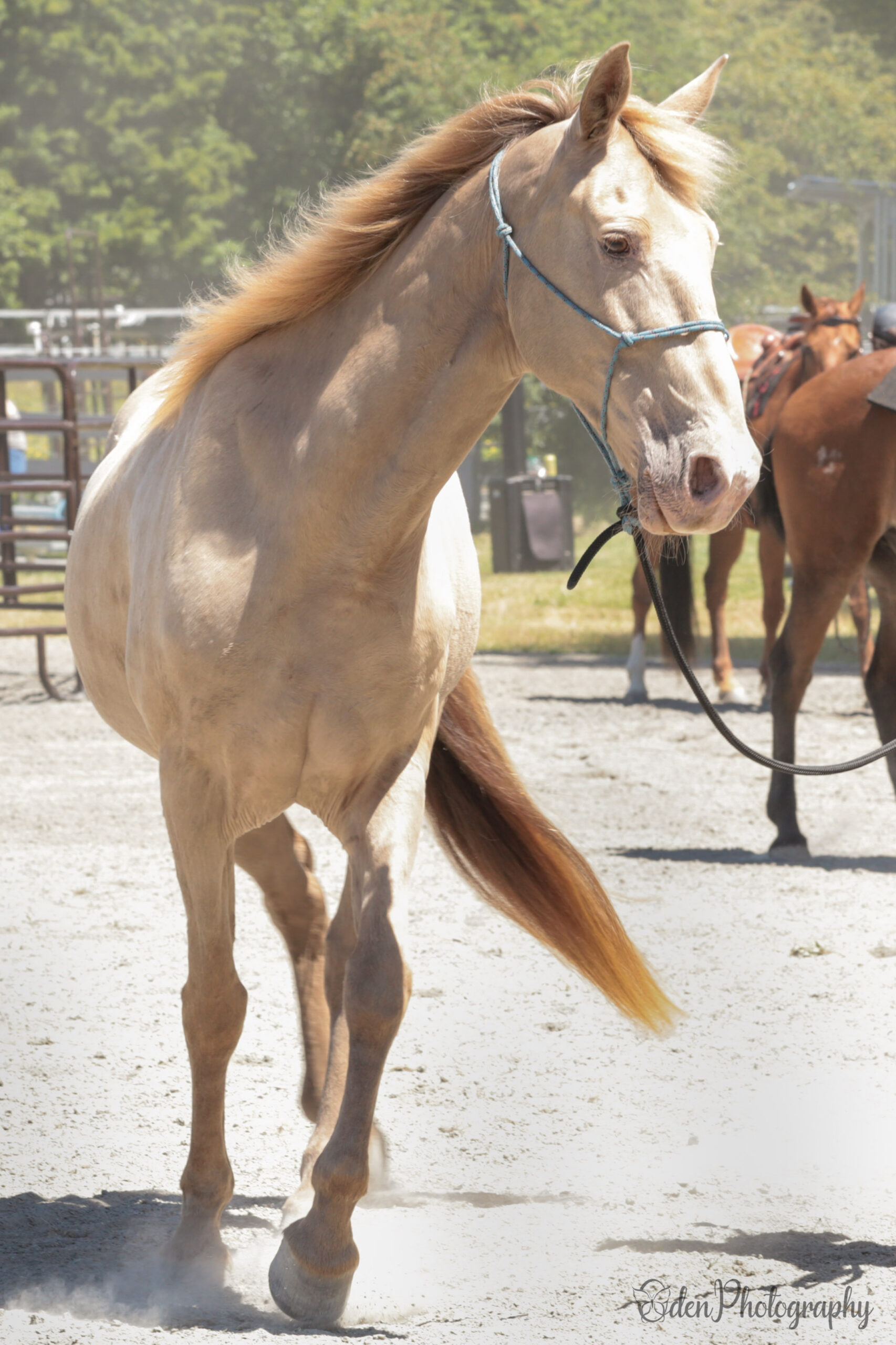 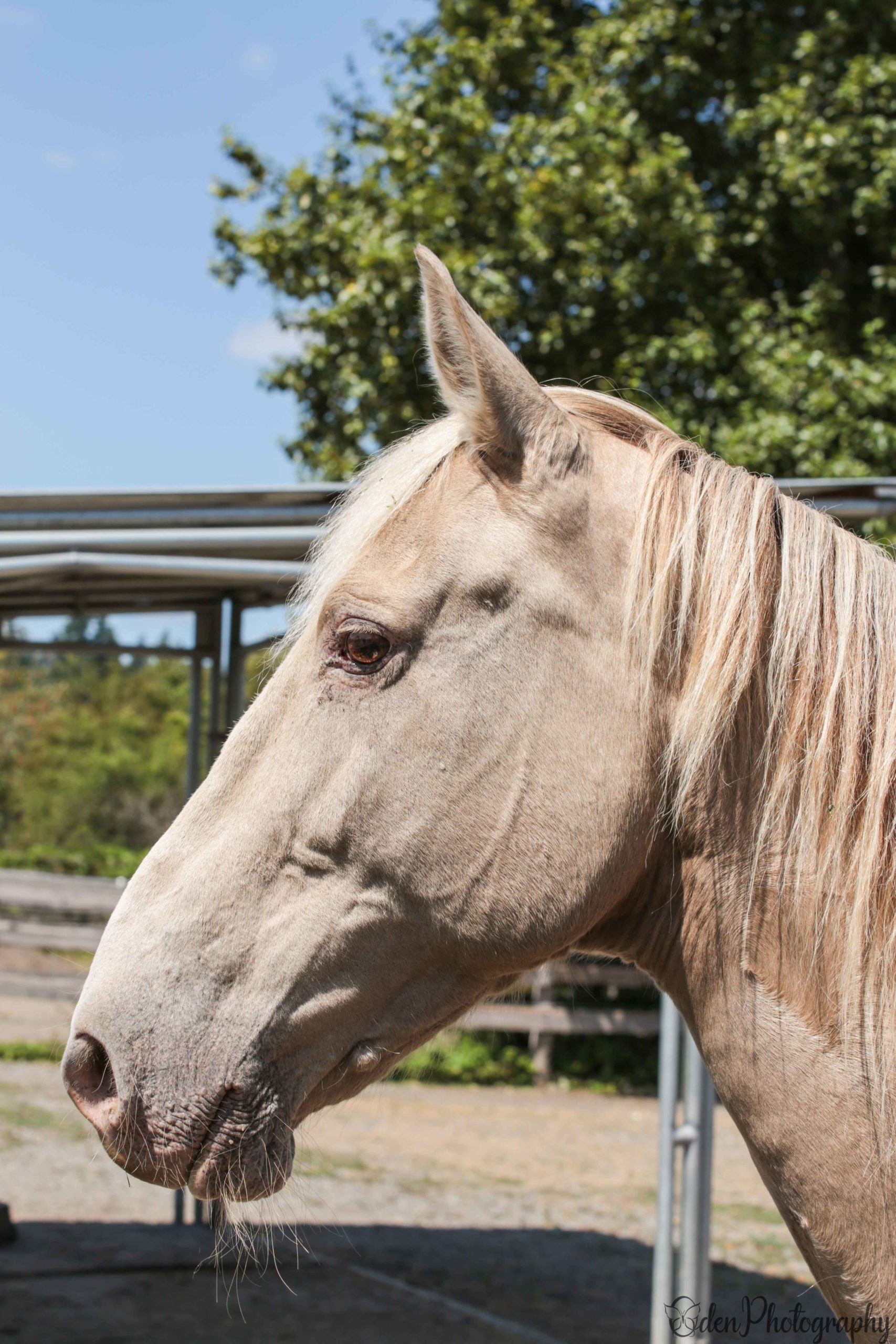 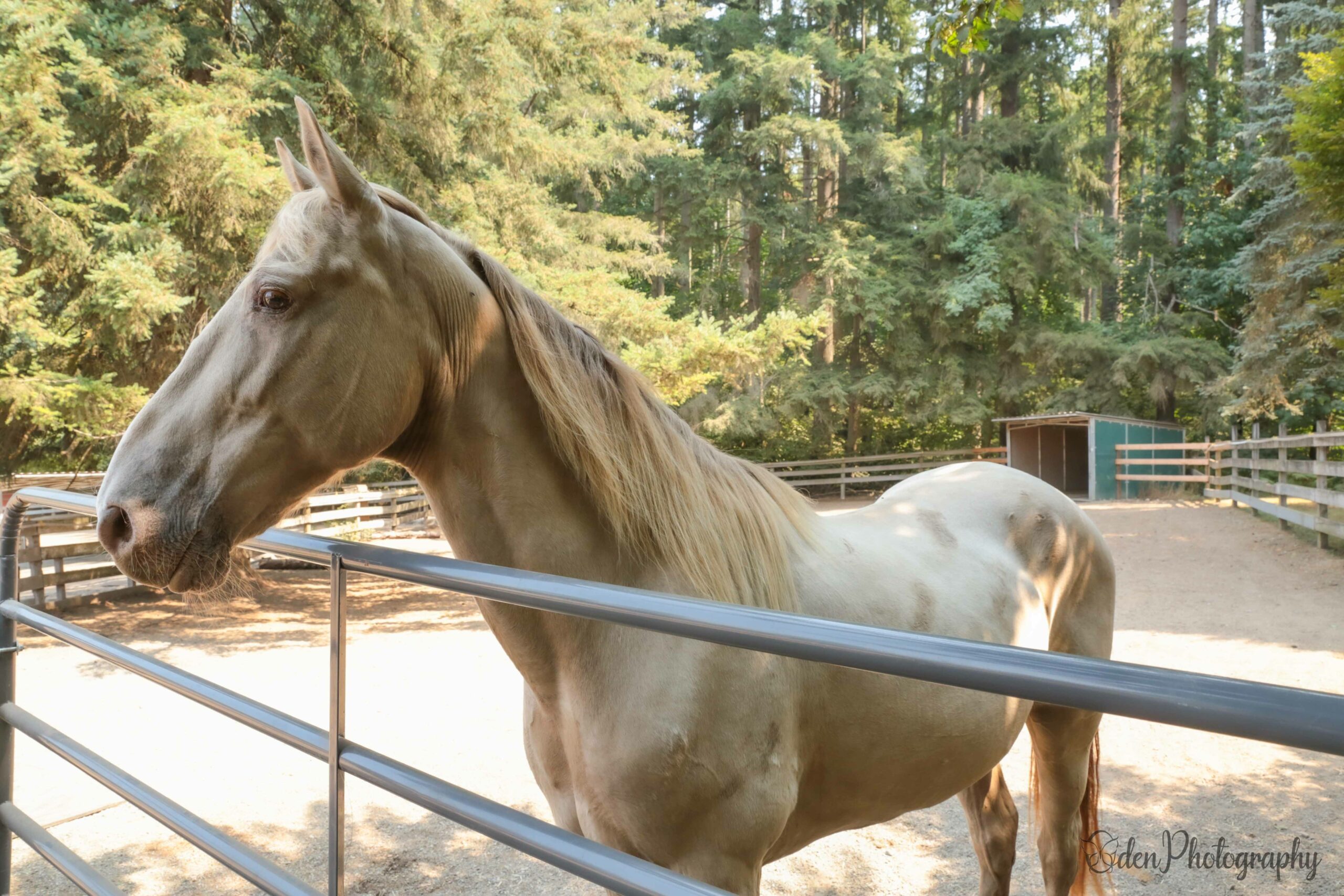 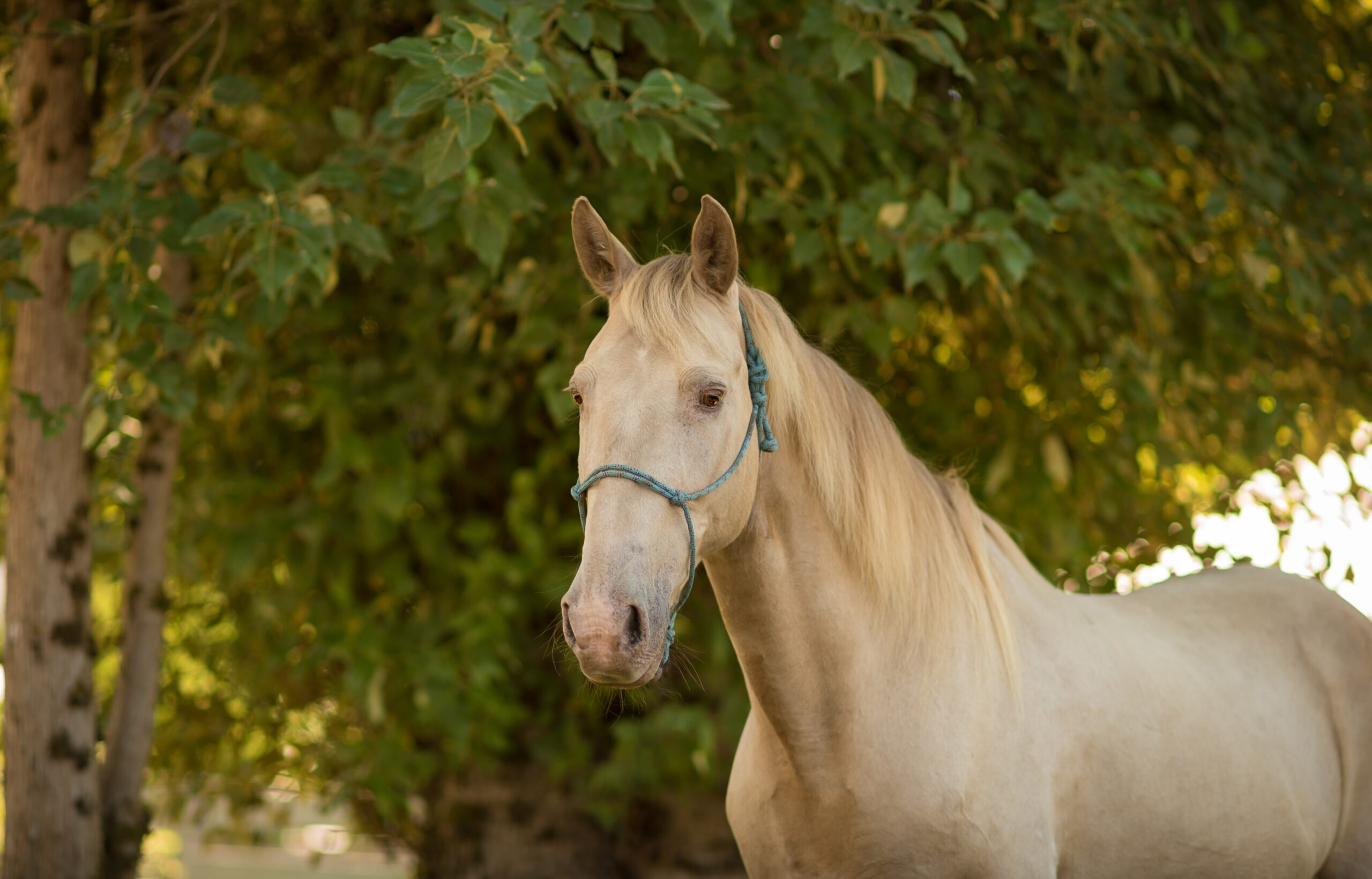 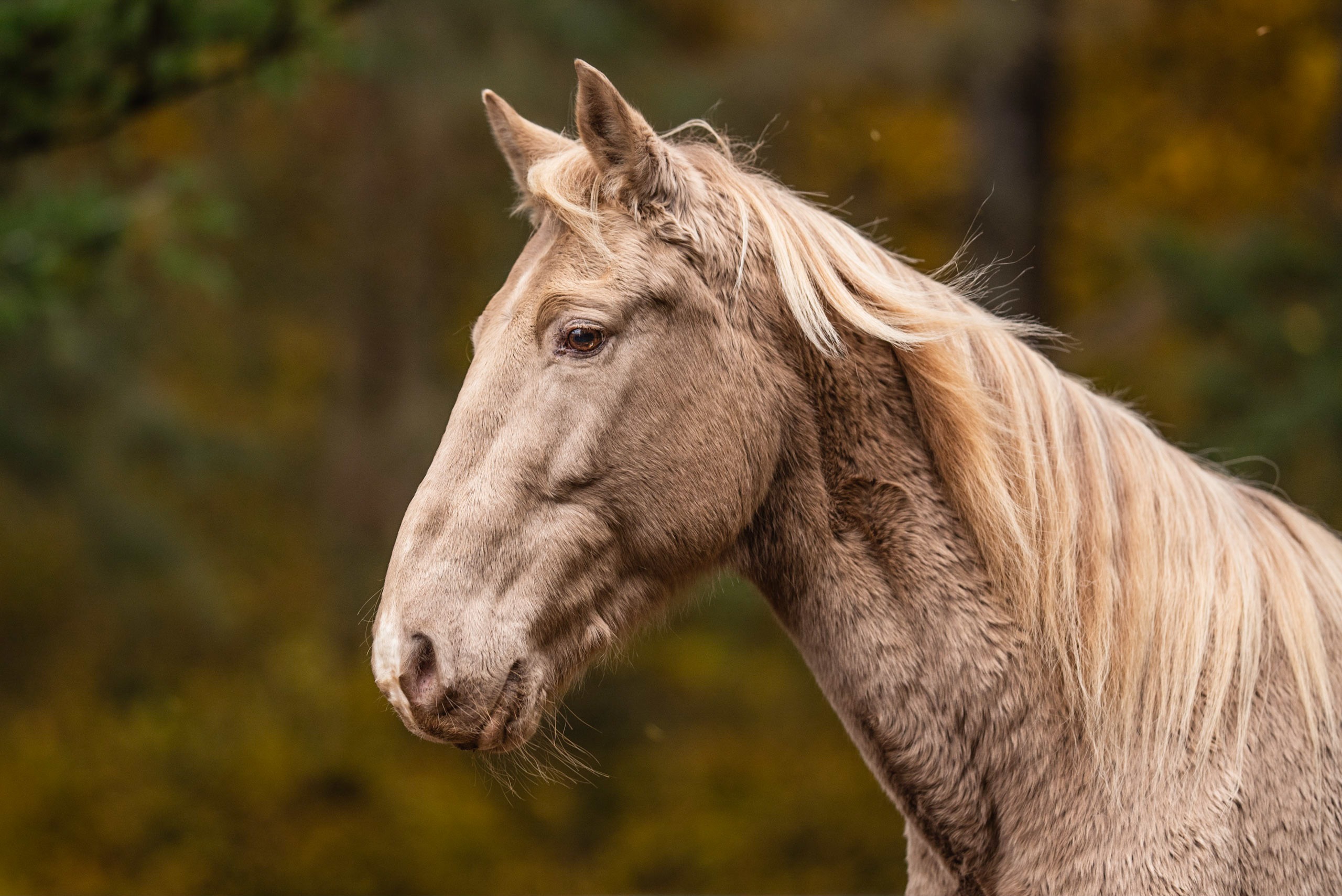 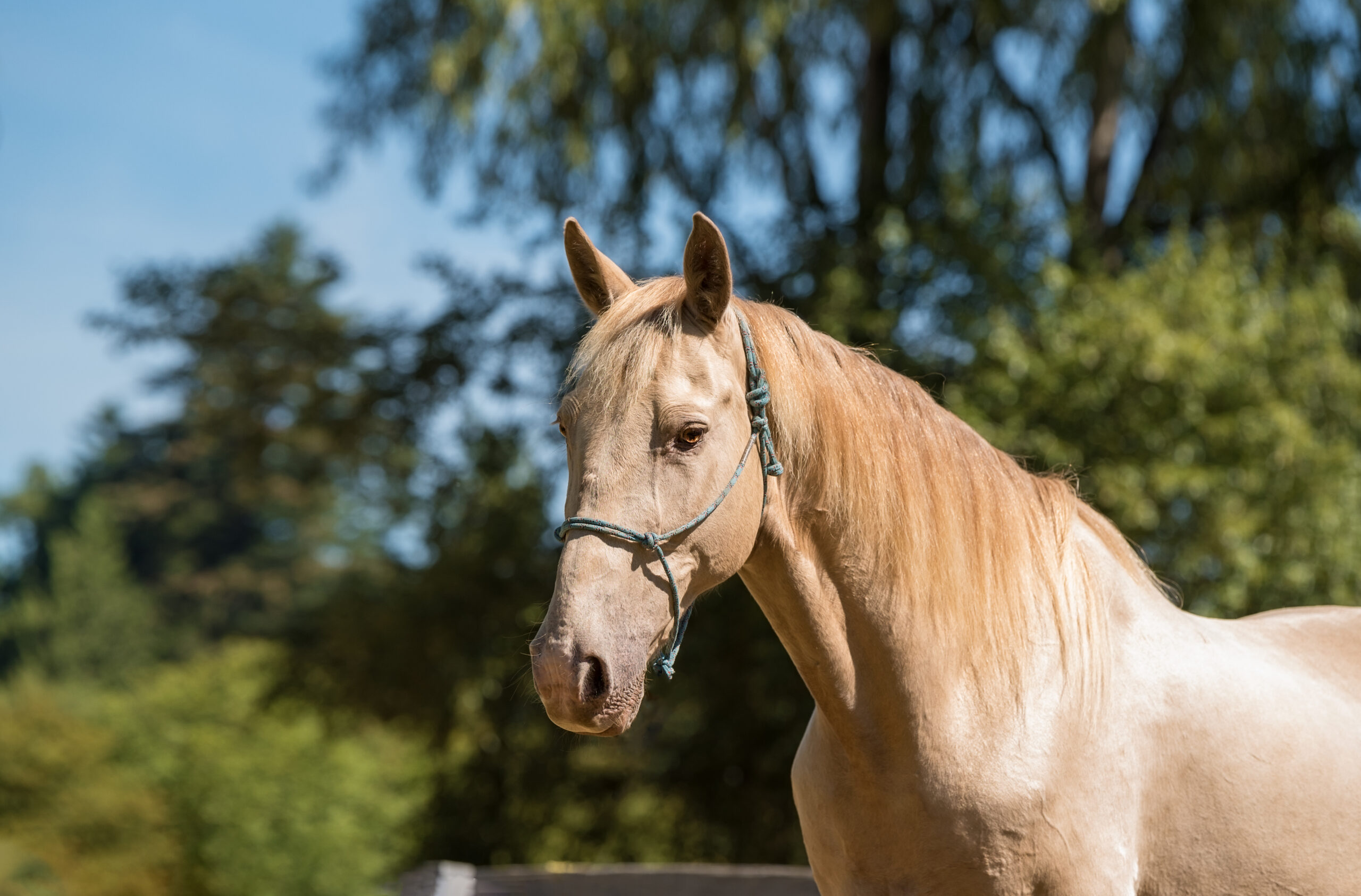 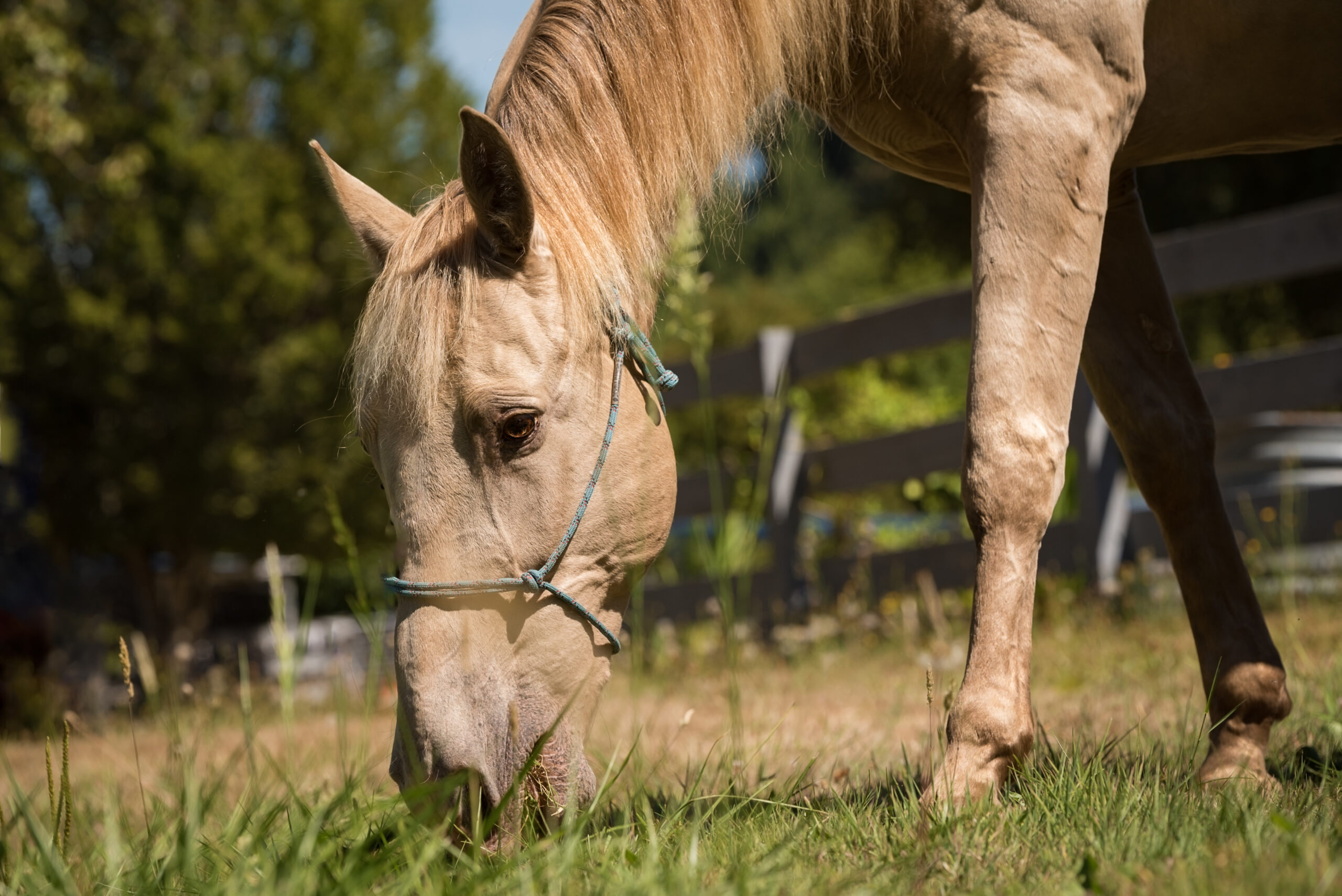 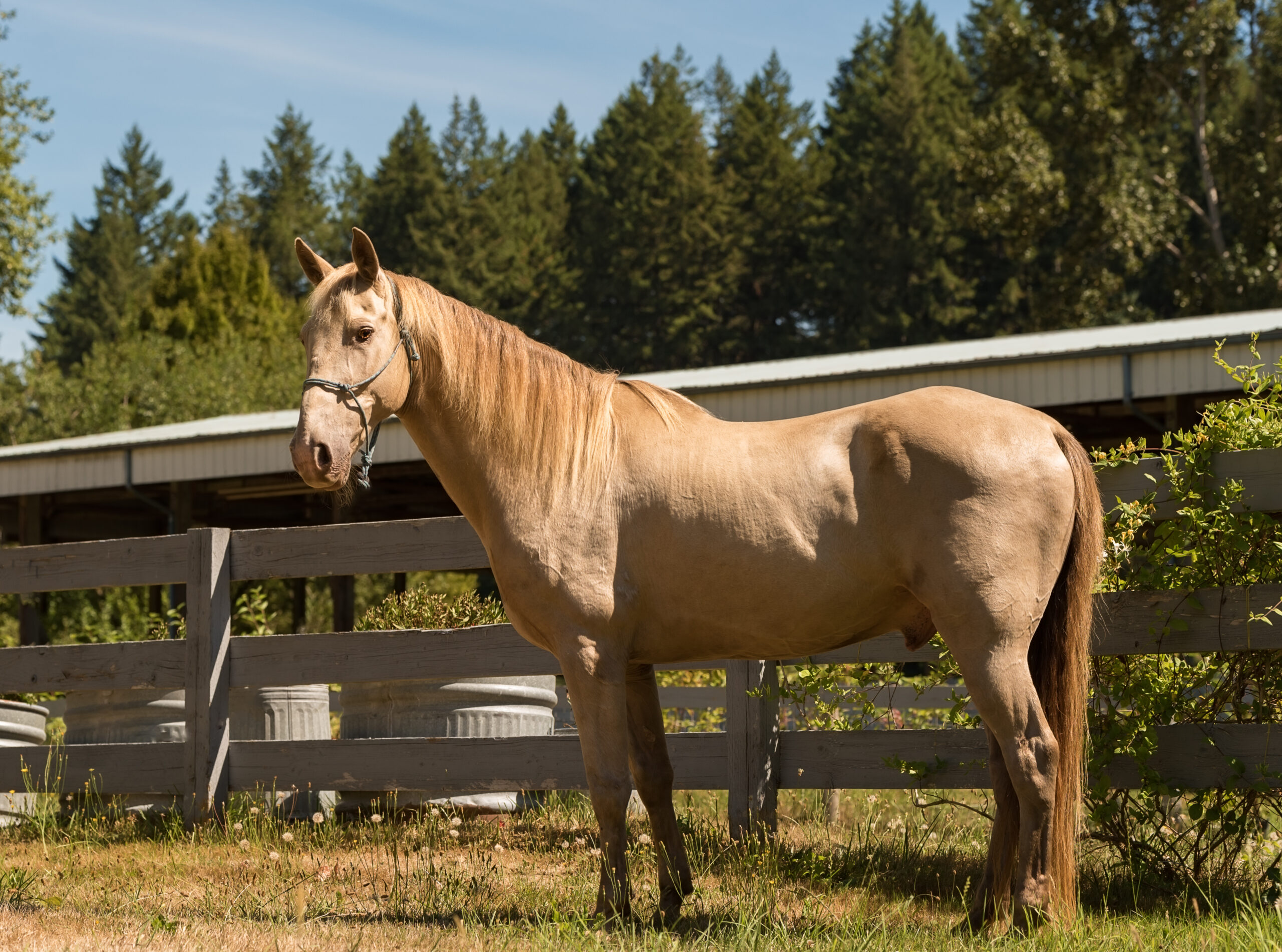