ADOPTED!! by Barbara of Woodinville WA

Rico is one of five horses surrendered to SAFE after their owner passed away unexpectedly. Rico is a sweet and well-socialized gelding who loves attention. He’s quite accustomed to living in a herd, so he gets along really well with other horses. Rico had a pretty bad injury to his right front many years before her was rescued, and this has caused irritation to his deep digital flexor tendon. Because of this Rico was offered for adoption as a companion horse.

Barbara came to SAFE looking for a companion for her horse, Fiona. She was lonely after losing her pasture mate and Barbara knew she needed a friend. After the adoption trial was over, Barbara had this to say: “Rico has totally settled in and stolen the hearts of the humans and other animals at my farm. He has comfortably explored every corner of the pasture and seems to enjoy playing with Fiona.” 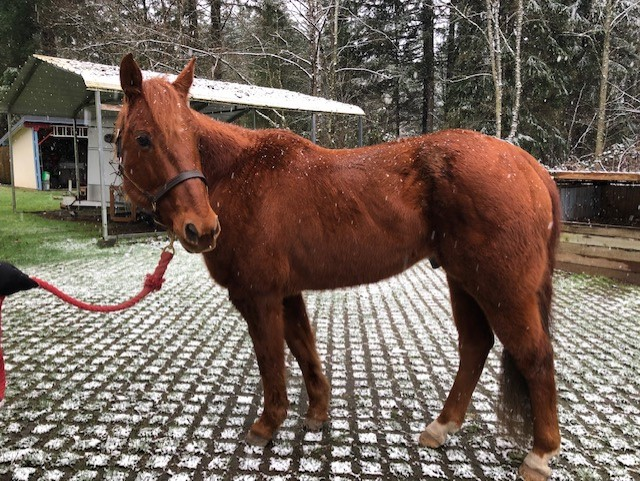 We had a great visit with Rico recently. He is living the good life with his adopter, Barbara. She really loves him, and takes immaculate care of her friend. She takes him for walks every day, and he is very sound and healthy. This is the type of adoption we dream of for a companion horse like Rico. 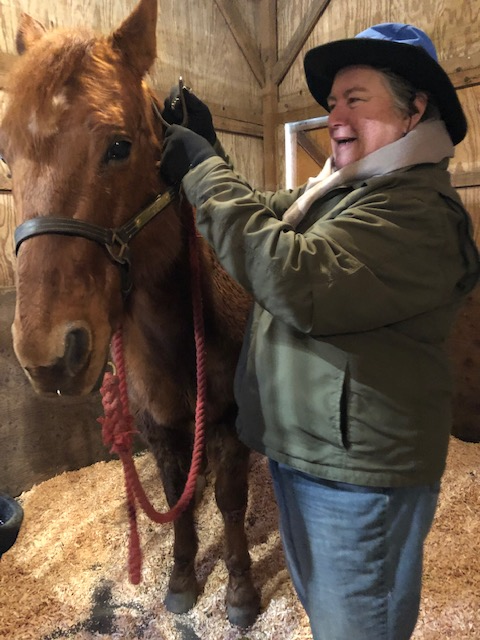 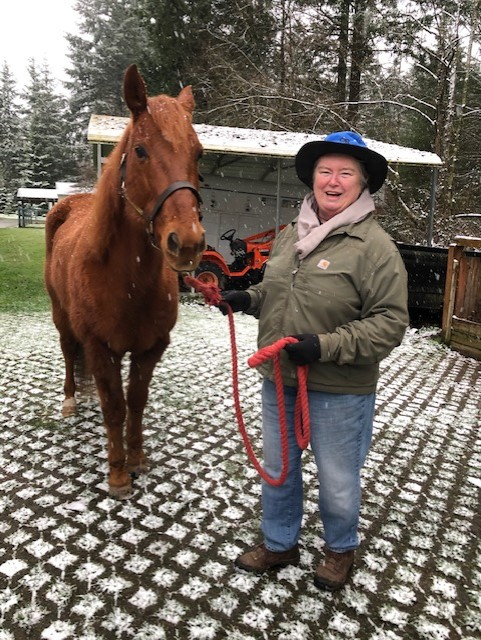 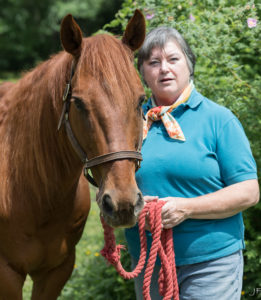 We are thrilled to announce that Rico has found a home! After a successful 30 day trial, this handsome boy has settled into his new home and is already part of the family.

Barbara came to SAFE looking for a companion for her horse, Fiona. She was lonely after losing her pasture mate and Barbara knew she needed a friend. When she came out to meet some of the SAFE horses available for adoption, we talked a lot about each of their personalities and who would be the best match for Fiona. Rico stood out in the crowd. Barbara understood right away about treating his stomach irritations to bug bites and was more than willing to take the extra steps to keep him happy in her home.

Barbara had this to say: “Rico has totally settled in and stolen the hearts of the humans and other animals at my farm. He has comfortably explored every corner of the pasture and seems to enjoy playing with Fiona.”

Jessica was kind enough to go visit Rico and get some photos of him in his lovely new home. We look forward to keeping in touch and seeing him thrive with the love and care of a great forever home! 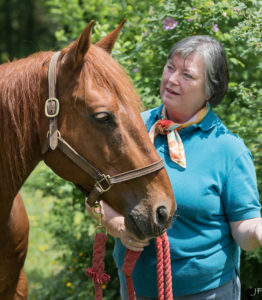 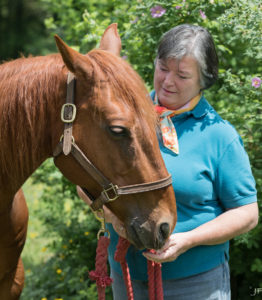 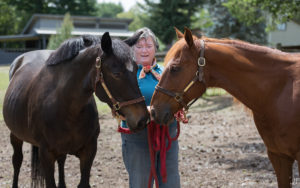 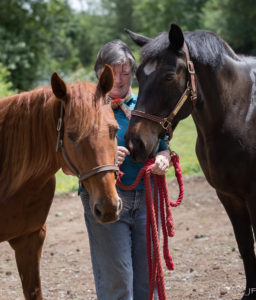 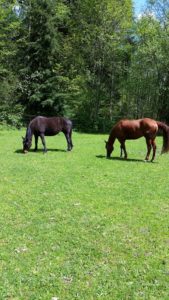 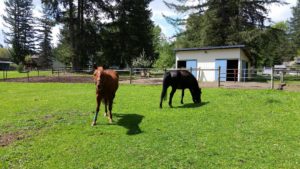 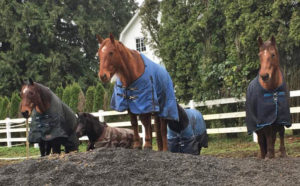 Rico (front, center) and the rest of the Fab 5

Rico is one of five horses that came to SAFE after their owner passed away unexpectedly. From the beginning, we knew that Rico was unsound, but we were told that all he needed was “special shoes” and he’d be okay. At his first trim, our farrier told us that his hooves were actually fairly decent and that he could remain barefoot. But since we could clearly see that he was lame both in the front and behind, so we didn’t try to evaluate him under saddle until after we could have Dr. Fleck from Rainland Farm Equine do a lameness exam.

Dr. Fleck confirmed our farrier’s assessment with hoof testers and proceeded to do a flexion test. Rico flexed fine on three legs but flexed a 3/5 in the distal right fore. Dr. Fleck also noted that Rico’s right front hoof is significantly smaller than the left one, which could be an indication that he’s been favoring the RF due to discomfort or pain for some time. At this point it was pretty clear there was enough indicators to warrant x‑rays of the right front hoof to find out what was going on.

The radiographs showed “marked degenerative navicular bone, the flexor surface with sclerotic pathology extending into the medullary area and periosteal proliferation on the flexor surface.” (Translation: Rico’s deep digital flexor tendon, which attaches to the coffin bone and flexes around the navicular bone, was constantly rubbing against the degenerated surface of his navicular bone, causing damage to the tendon.)  Unfortunately, Dr. Fleck explained, there is little to do medically to help this condition. He guessed that this is probably an old injury which was traumatic when it happened, as opposed to a slow lameness brought on with age or wear and tear. It also could have been the reason he was taken to a feedlot in Eastern Washington 4 years ago.

So Rico won’t be a riding horse after all. But the good news is that as long as he stays comfortable, he will make a fine companion horse. He’ll need to be watched for signs that his condition is worsening, and at some point, he may not be able to be kept “pasture sound” but at this time Rico is very content and happy.

SAFE’s Barn Manager, Lori, has taken Rico under her wing and is volunteering time to massage and give him attention grooming and hoof care. She had this to say about getting to know Rico: “Rico is such a sweet boy. Very quiet, gentle and he loves his attention (even though he tries not to show it). He now gives a love nicker when you approach and is a wonderful herd mate. He will make a wonderful addition to someone’s herd.”

Rico loves turnout time with his buddies, called “The Fab Five” by the volunteers. He is often seen eating near his good friend Rosie or playing “gelding bite face” games with Ruckus. Rico is by far one of the sweetest horses here at SAFE and it is disappointing that we have to retire him so young as a companion. But our hope is that someone will find a place for him in their hearts and give him a peaceful and happy retirement at their home. He has proven to be great with other horses. He’s very easy to handle: he’s a dream for the farrier and was an absolute star for Dr. Fleck, who was able to exam, nerve block and X‑ray without any sedation or issues. Rico is currently at Safe Harbor Stables but we will be looking to find him a foster home soon while we wait for his perfect adopter.

Prince, Rico, Vida, Rosie, and Ruckus were surrendered to SAFE after their owner passed away unexpectedly from cancer. The five horses were transported without incident to a SAFE foster home, where they will remain until their quarantine period is over. We’ve been told that the four full-sized horses are well started under saddle and some are very easy to ride. They all seem to be very well mannered and reasonably healthy. The five together make up a lovely little herd, and we’ve really enjoyed watching them interact with each other. 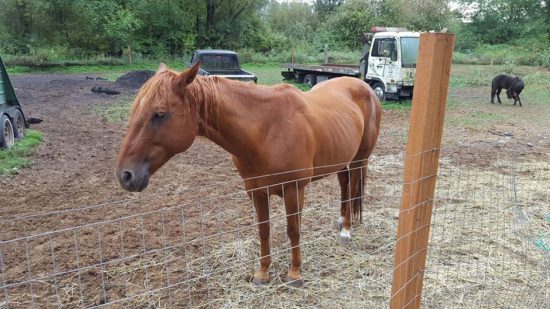 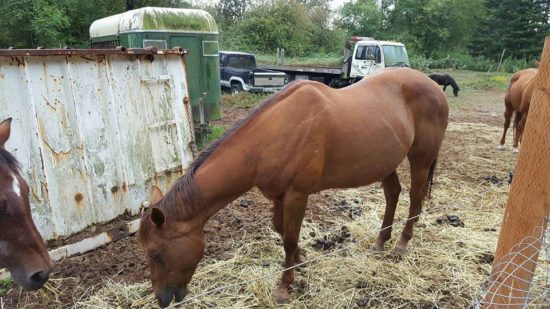 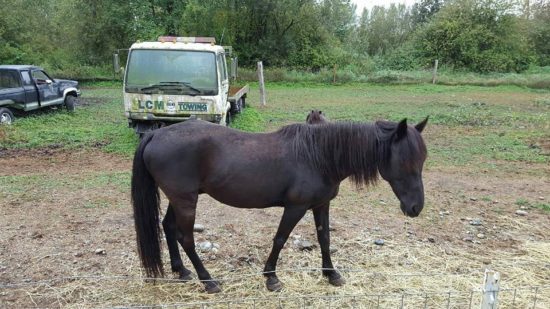 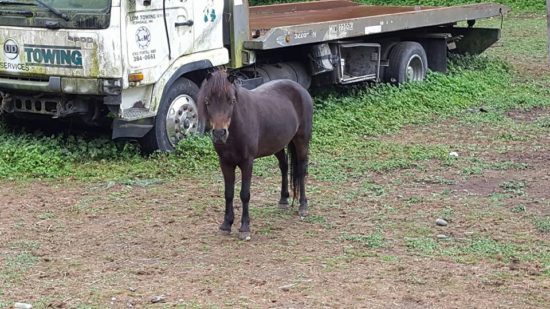 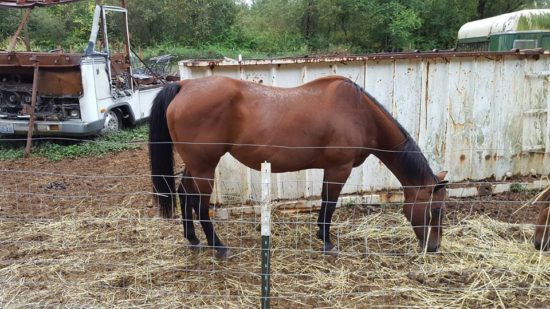 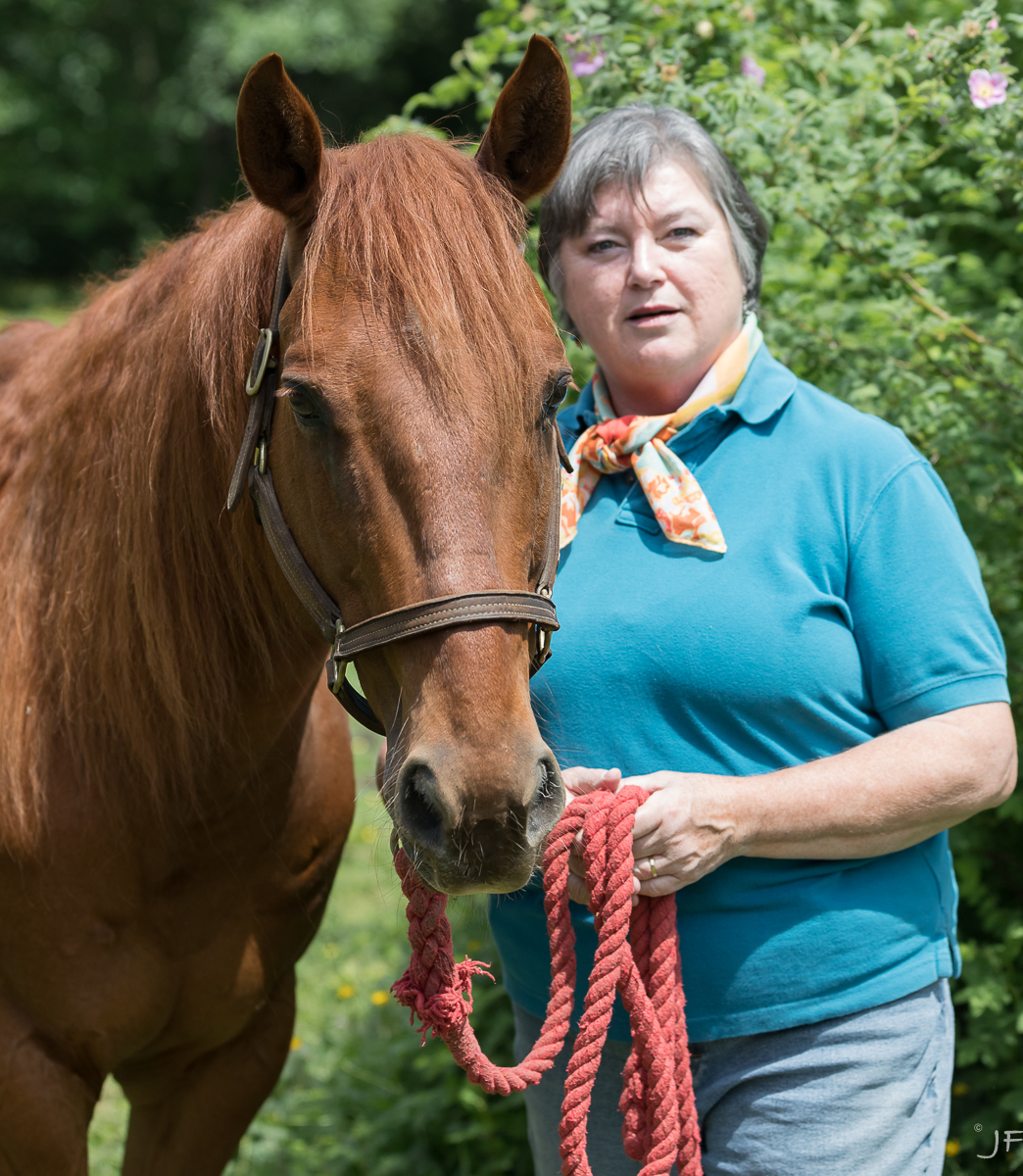