River, a young black & white paint stallion, came to SAFE in an emaciated condition with a severe parasite load, lice, a poor coat, overgrown hooves, and facial indentations from a halter that was too small for him. He was gelded in late December 2012, and began his new life as a regular horse with friends both horse and human. His delightful friendly personality quickly made him a favorite among his rescuers! River went into full training with Andrea Lucianna. Since River had always been a very well mannered young horse, personable and gentle, we had high hopes for him as a riding horse. Once training started, however, we discovered that River lacked confidence and needed to be brought along very slowly to avoid causing him undue stress. In order to give him the extra time he needed, SAFE elected to provide River with an additional 30 days of training with Andrea. This was made possible by a grant that SAFE receive front he ASPCA Equine Fund to assist with our training program. The extra time in training, along with plenth of good, old fashion kindness and patience was the key to success, and River finished his training going beautifully at all three gaits. He did so well, in fact, that he never did end up coming back home to SAFE — River was adopted by Andrea’s mother Jenny Lucianna, a Grand Prix dressage rider herself. Jenny loves River’s energy and his work ethic and not long after his adoption, he made his schooling show debut at Training Level with Jenny in the saddle.

River at Half Trak Farm 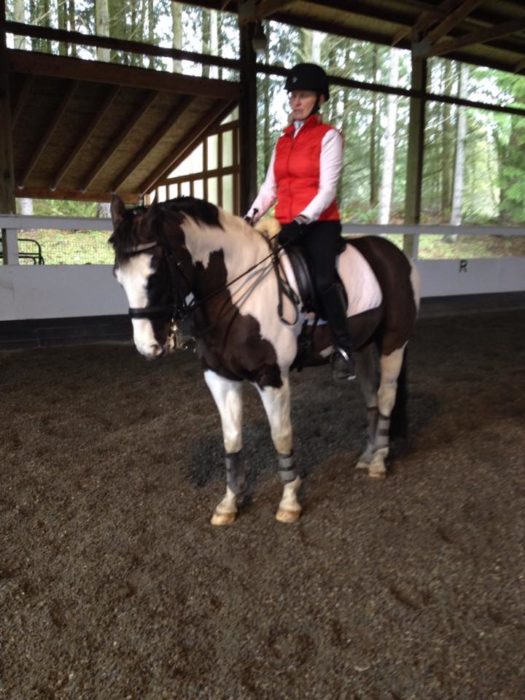 SAFE Alumni at the SAFE Show!

It was so delightful to have six former SAFE horses come out to compete at this year’s SAFE show. We love nothing more than seeing our old friends again, and nothing beats seeing them shine in the show ring! Thanks to these lovely photos by Karen Wegehenkel, you can share some of their stellar moments:

Stella and Maggie were sailing high in the hunter arena! The pair took home 4th and 5th place ribbons in some very large classes, and were quite impressive together! 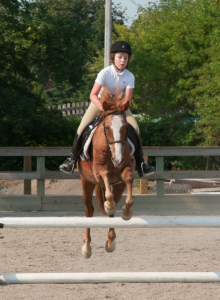 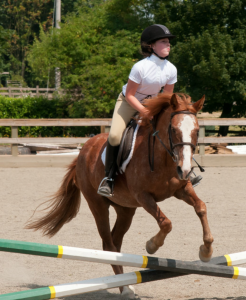 Miss Hot Too Belle of the Ball, also known as Bella or Opal

Bella and Lys competed in the English arena, winning ribbons in Halter, Walk Only, Walk Trot, and Walk Trot Canter!  This pair has come a long way in the last year! 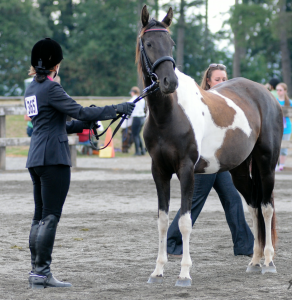 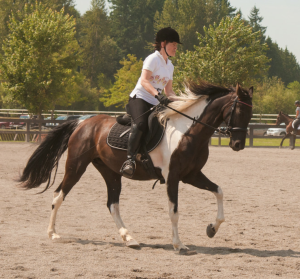 It was simply delightful to see Lucy again! She was an all-around horse at the show, competing in English, Western, and Trails with her adopter Diane. As you can see, Lucy is just as cute as ever! 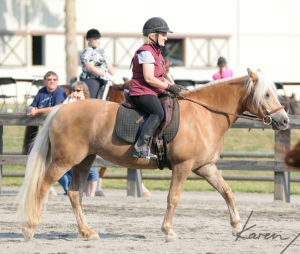 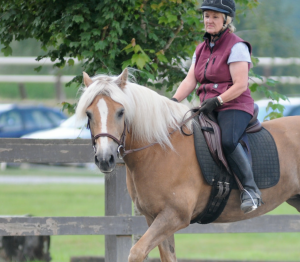 When we heard that Jenny Lucianna would be bringing River to the show to perform their Musical Freestyle routine, we were not prepared for what a treat we were in store for. Their performance was magnificent to say the least, and it was awesome to see our boy shine on the dressage court in partnership with his new owner. We can’t wait to see more! 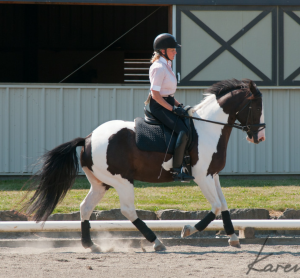 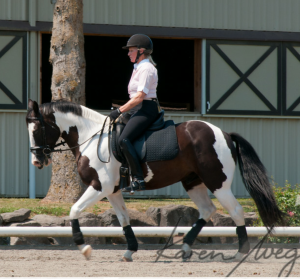 We were also treated to two incredible performances from Andrea Lucianna and Delilah, who demonstrated their prowess at First and Second Level. Then Delilah’s  adopter Eileen took over the reins and rode her Intro Level test wearing a SAFE Show t‑shirt! Spectators could not believe that this magnificent mare was a formerly neglected rescue horse, and we’re so pleased that we got the chance to share her story! 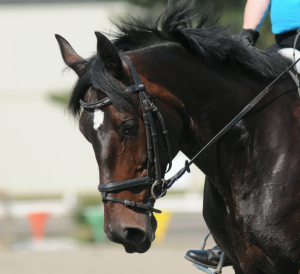 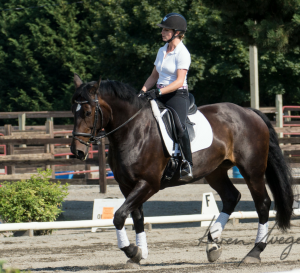 We don’t have any photos to share yet, but Nicole and Annie dropped in at the show on Sunday to compete in the Western ring. The pair won 2nd and 3rd place ribbons in the Walk/Jog classes, and looked lovely together!! 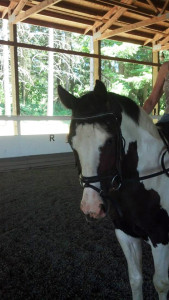 What a difference a couple of weeks makes! Wowza! Andrea reports that River was super on a recent trail ride and is better (and happier!) in the outdoor arena than the indoor. Take a look:

River continues to make good progress with trainer Andrea Lucianna. Here is a video of his first ride in the “big arena” taken on March 19 2013:

Andrea has started cantering him under saddle, but just in short stretches for now.

We’ve decided to extend River’s training with Andrea another 30 days, and we hope that some additional time will help him gain more confidence under saddle. 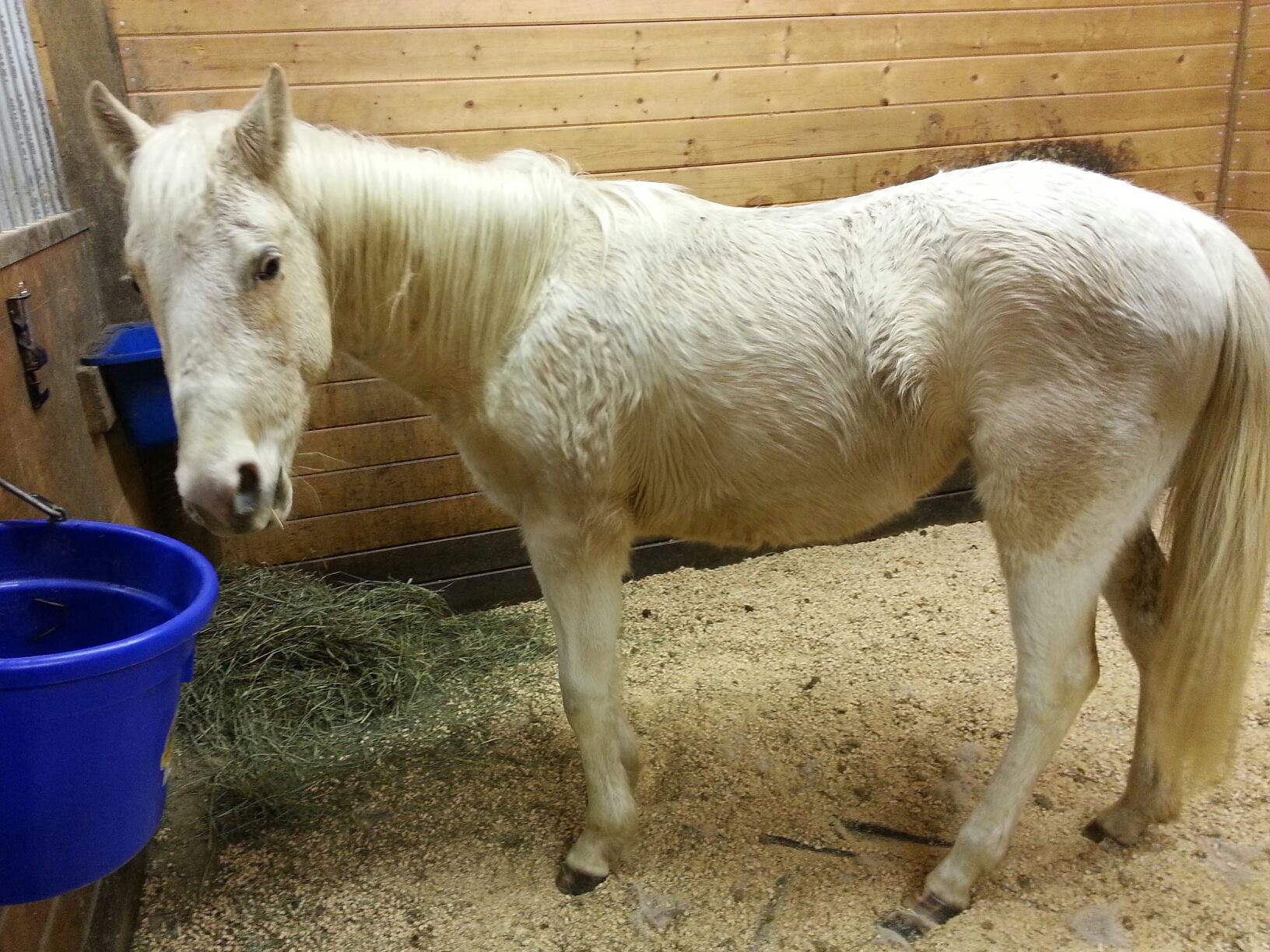 SAFE has three new horses to introduce. All three are in emaciated condition with severe parasite loads, lice, poor coats, overgrown hooves, and facial indentations from halters that were too small for them. They are currently under the care of Dr Hannah Mueller at Cedarbrook Vet Care, and will remain there until their conditions are stabilized.

River is a young black & white paint stallion who will be gelded as soon as Dr. Mueller has dealt with his parasite overload. He is a delightful young man who has already made many friends among his rescuers! He is in the best condition of the three, and looks to be sound, despite the terrible condition of his hooves. Click here to visit River’s page.

Bridgit is a yearling bay & white pinto filly who is also very sweet, friendly and loving, despite her condition. She was hard to photograph because she kept moving toward the camera, asking for attention. She is surprisingly gentle and respectful for a filly from a neglect situation which we hope bodes well for her in the future. Click here to visit Bridgit’s page.

Jewel is a yearling palomino & white pinto filly who is undoubtedly going to be stunning once she’s rehabilitated. Right now, she looks pretty scruffy, due to her neglect, and according to the vet techs who are currently handling her, she’s a bit of a pill. Jewel has what appears to be a slight clubfoot, although Dr.  Mueller is hopeful that it’s just an angular issue that can be corrected with proper trimming. Click here to visit Jewel’s page.

We will continue to update you on the progress of these three new horses, but for now they are all responding well to treatment, and enjoying being cared for and fed by people who care about them. 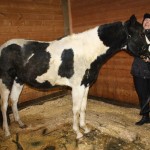 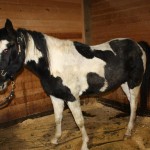 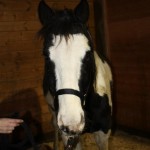 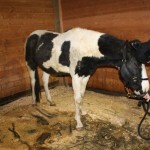 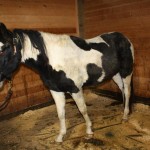 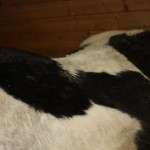 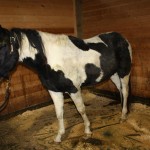 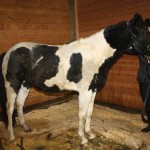 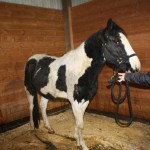 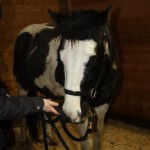 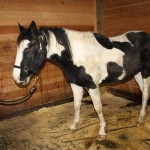 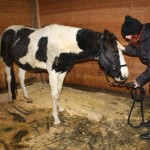 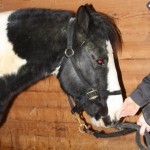 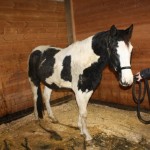 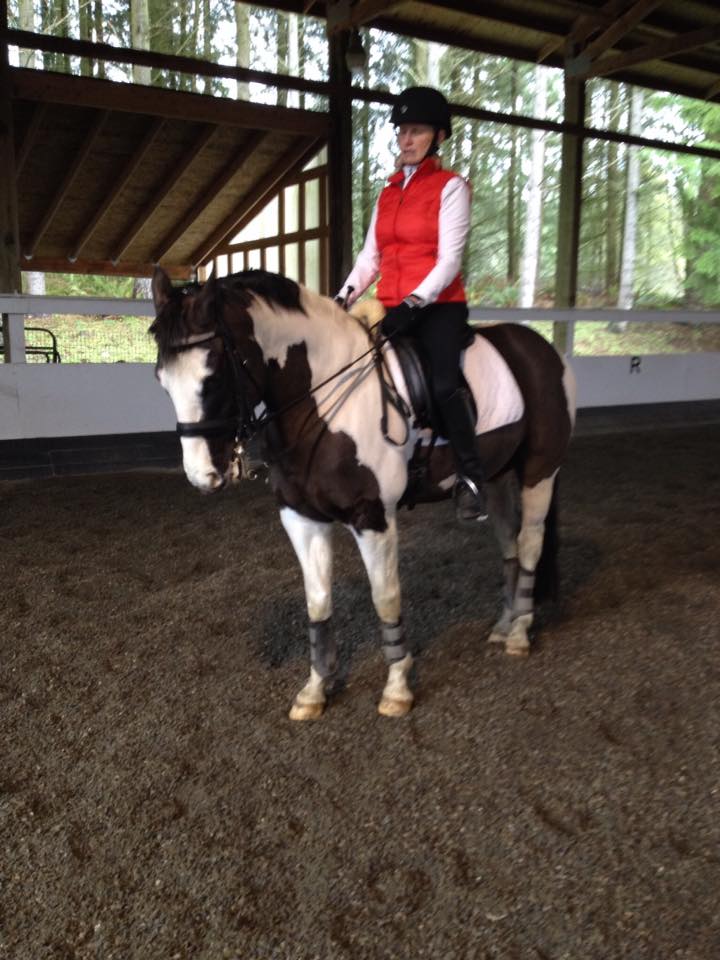