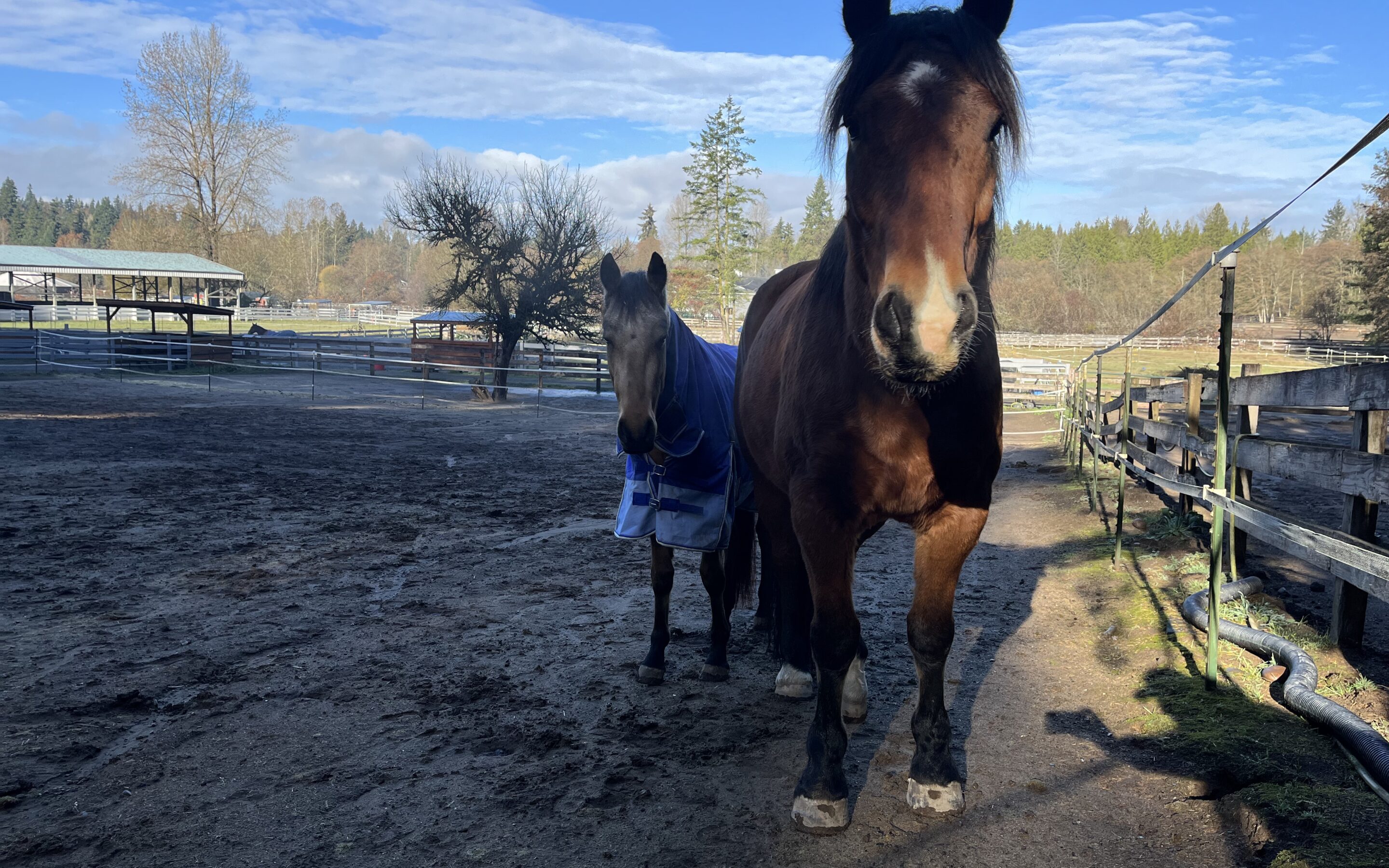 Our ex-Bucking horse is seeking forever home to live out the rest of his days as a companion to those on two legs and four. This former athlete, clocking in at 16.2H, is only 8, which means he has a lot of time left to do retired horse things like play around with his friends and take lots of naps, both things he is very good at. He is a draft cross, which means this is one beefcake of a boy, but don’t let his size intimidate you – you’d be hard pressed to find a sweeter horse than this.

In a herd, he slots in easily, and for such a big guy he does a great job of getting out of the way when his equine superiors ask him to. He is not easily bothered by stereotypically bothersome behaviors his herd mates may engage in (biting in general doesn’t seem to phase him, no matter where the bites are targeted), and is currently playing big brother to Otto, who despite being half his size, pushes Cramer around. He enjoys communal meals from hay nets and tandem drinks from water troughs, and is the first to suggest a group sunbathe. 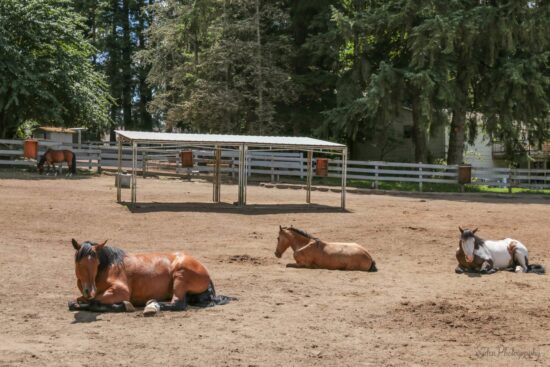 He is easy to handle on the ground and overall a very gentle guy. With such a big body, there’s a lot of area to groom if that’s your sort of thing (but his bay color lends itself to hiding dirt well, if it’s not). He has been off property, and would make a great hand walking buddy out on the trails. He will tolerate all sorts of silly shenanigans, from kisses on the forehead to slo-mo ‘Baywatch’ runs together. He’s great at hooking on in the round pen, and is a phenomenal companion for groundwork. 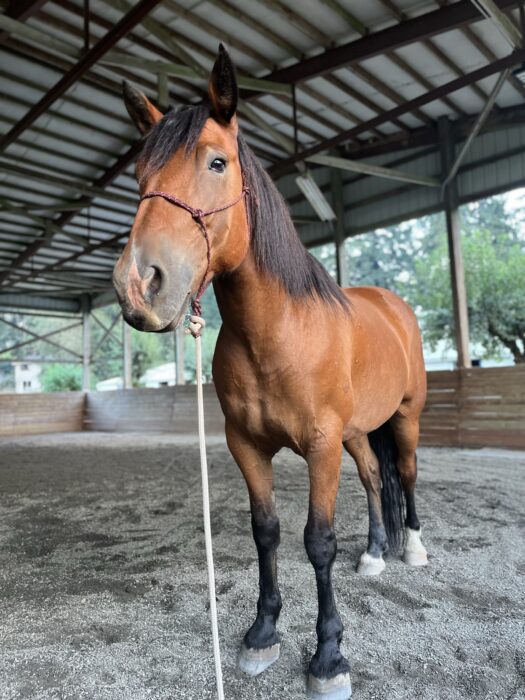 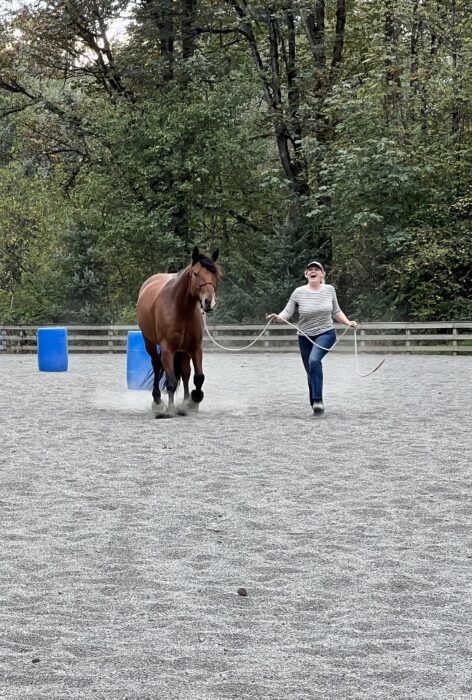 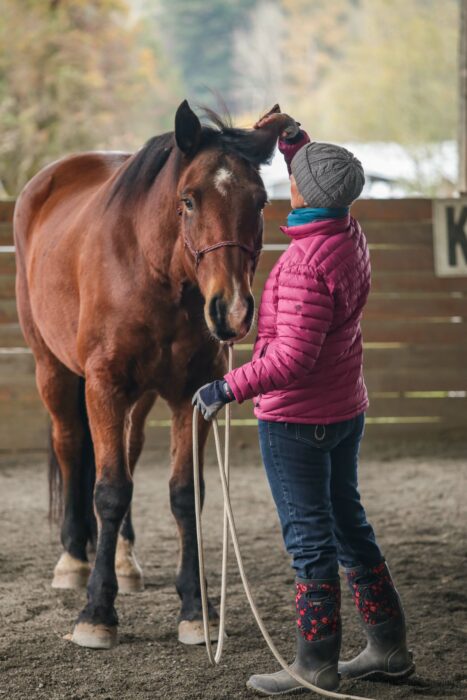 Cramer is a sweet, brave, smart, and loving boy. He will make an absolutely spectacular companion for some lucky, lucky souls. But don’t just take my word for it, come meet him today and see for yourself what a special guy this is.