Welcome a new horse to SAFE! Emmy was seized by Pierce County Animal Control after she was discovered abandoned on a property with a huge herd of starving pigs and cattle. While the owner of the animals was identified and charged with cruelty, he apparently fled the country, so we have no background information on this horse. However, she appears to be sound and sensible, so she has been signed over to SAFE for rehabilitation and training, in hopes that we can find her a new home. Emmy is a very pretty mare, and we suspect she may be half or one-quarter Quarter Horse. We’re looking forward to getting to know her better!

Photos taken on July 3, 2014 after Emmy was signed over to SAFE: 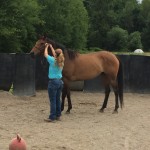 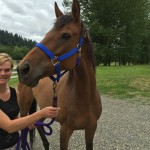 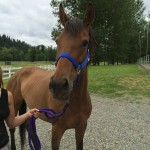 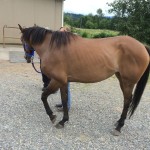