We sent Emmy into training with Larry Plagerman two weeks ago, and got a great update. She’s been going WTC under saddle for a week now. The only issue she’s had is picking up the left lead. She is very right canter dominant and just needs to learn to function on the left lead. She is getting better and Larry doesn’t think it’s a physical issue, just a preference. She is softer now in the bridle, using her back more, and powering off her hind end. Larry set up some very low jumps and sent her over them on the lunge. She stopped and looked at them at first, then took the jump no problem. Emmy is a thinker, Larry says, and he likes that about her. She is very easy going and will make a very nice arena horse for someone. He strongly agrees she is probably an appendix quarter horse. 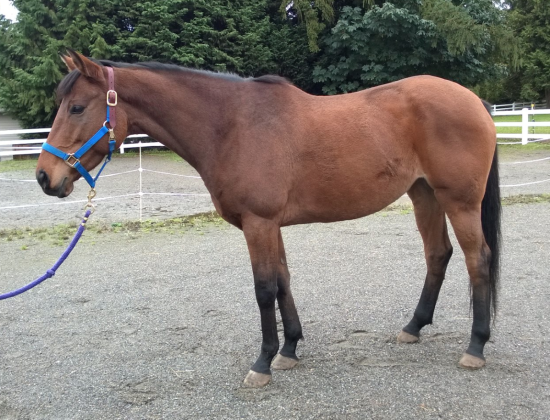