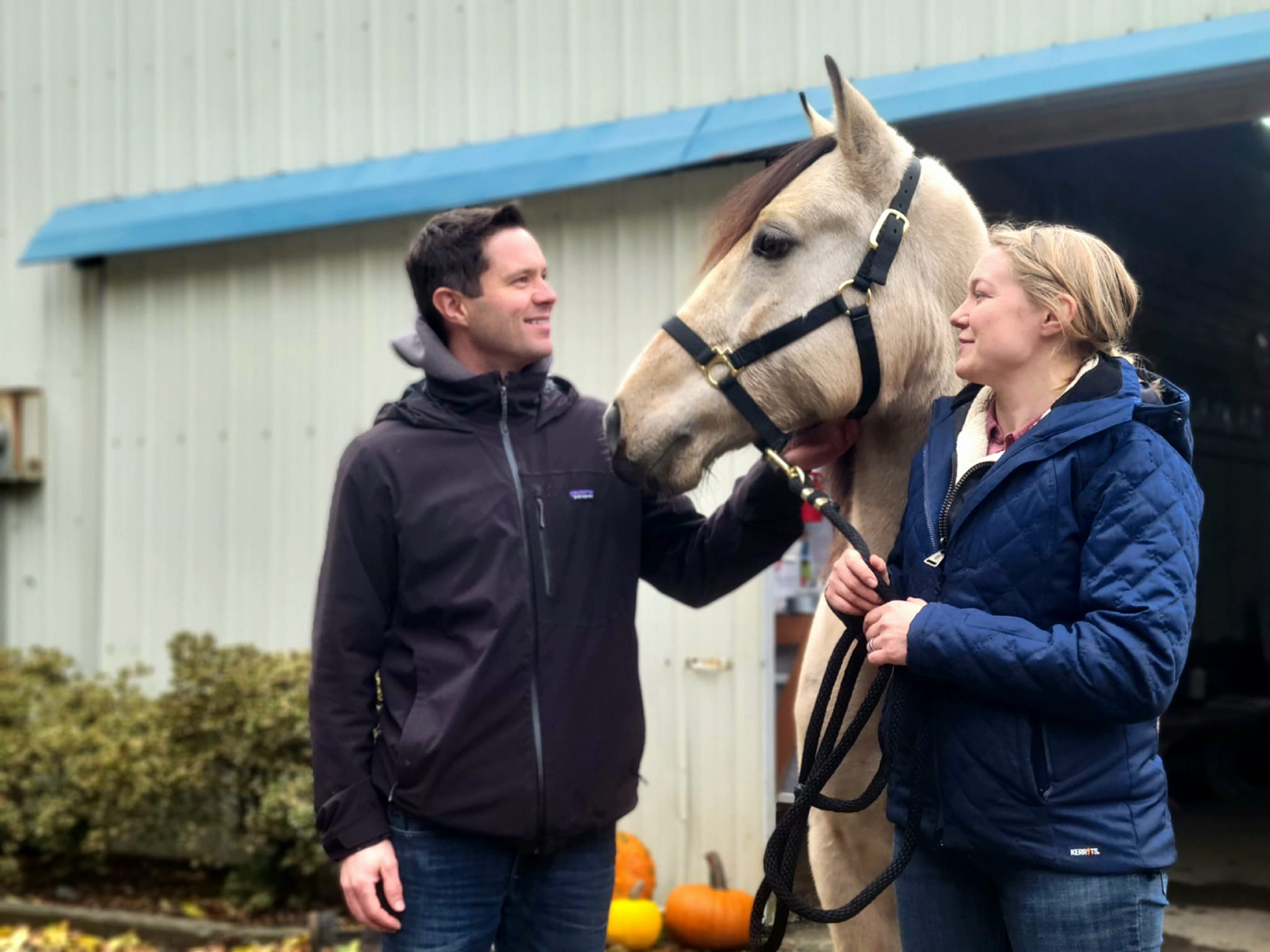 We are thrilled to announce George is adopted and to an amazing family!

Back in 2019, we were called upon to help find homes for a group of wild, neglected horses, we called the Fall City 40. George was a young stallion when we met him, wild and untouchable, but VERY curious about the new people who kept showing up with food. (Hence the name Curious George) He was moved to SAFE in preparation for gelding before being adopted, but the adoption fell through and he ended up becoming a SAFE horse.

At only a year and a half, the world around him was new. He remained a curious boy and a quick learner as he grew up at SAFE over the next 3 yrs. He learned to be haltered and lead, that a stall can be cozy, not scary, tricks are funny, trails are fun and so are friends. He thrived in our horsemanship program and even went to an offsite Buck Brannaman clinic.

As a young horse, he needed a special adopter with a lot of experience and we are thrilled to say we finally found one! Now George lives on Whidbey Island with Ana (and she’s a vet!), Clint and a tiny herd of a donkey and mini pony which means he’s finally the tallest guy! So far it looks like an amazing life for this curious boy, filled with trail rides and people who love him. 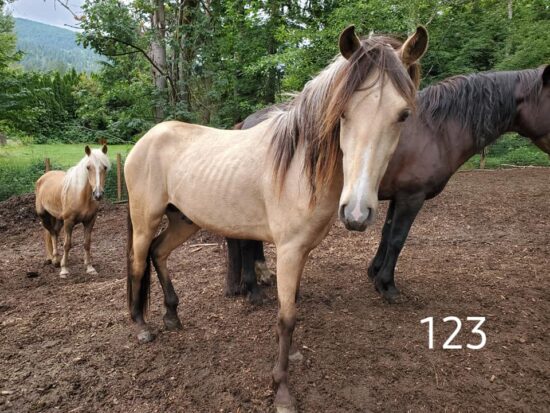 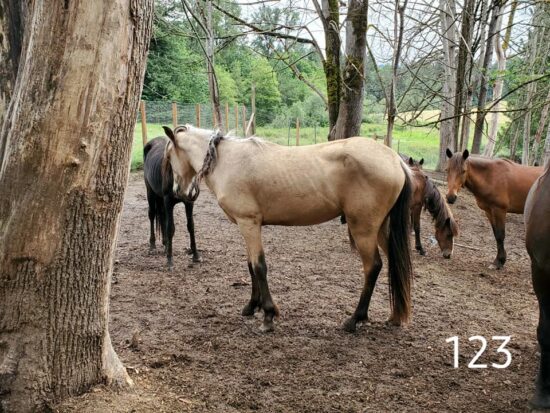 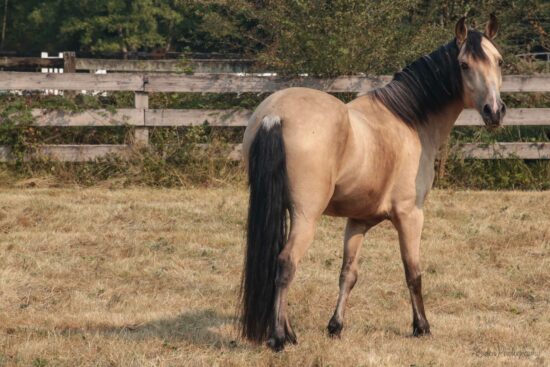 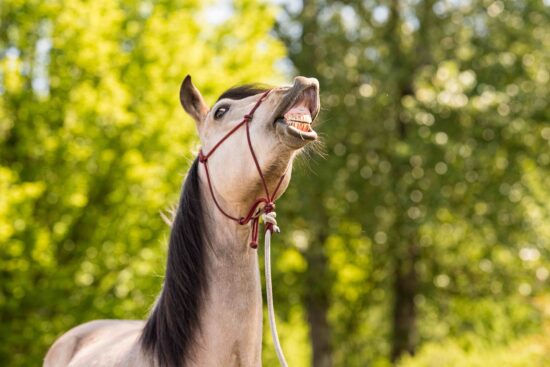 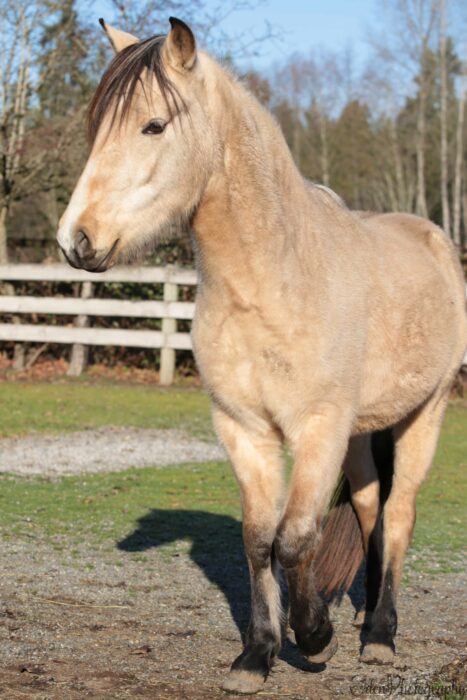 Fuzzy George during his first winter at SAFE 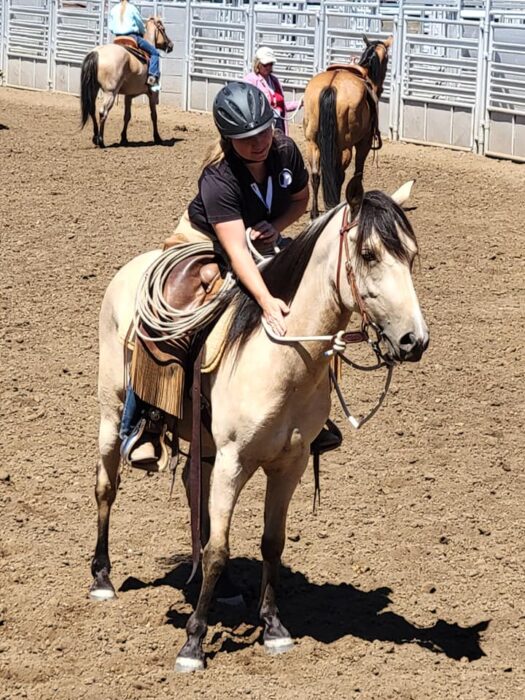 George at the Buck Brannaman Clinic 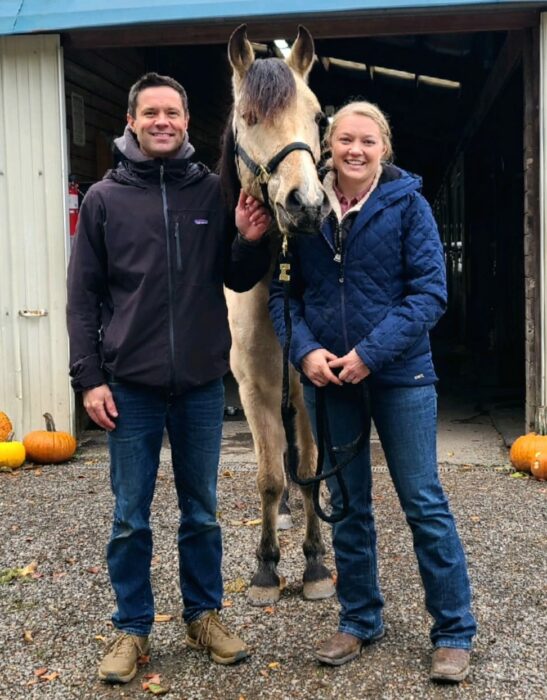 What a great family! Clint, George and Ana 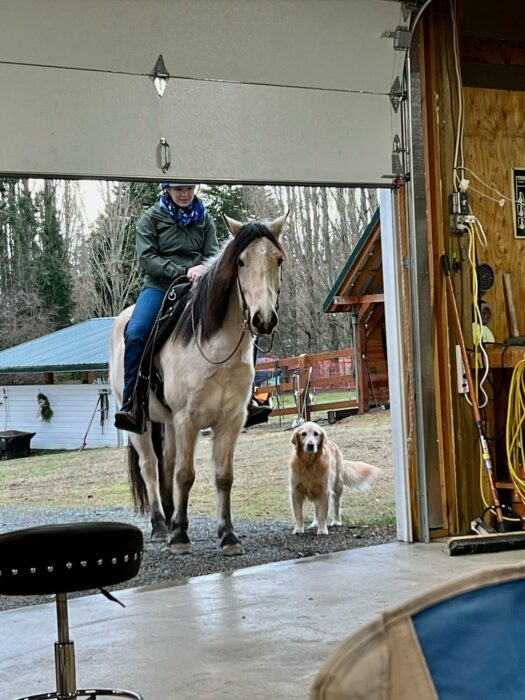