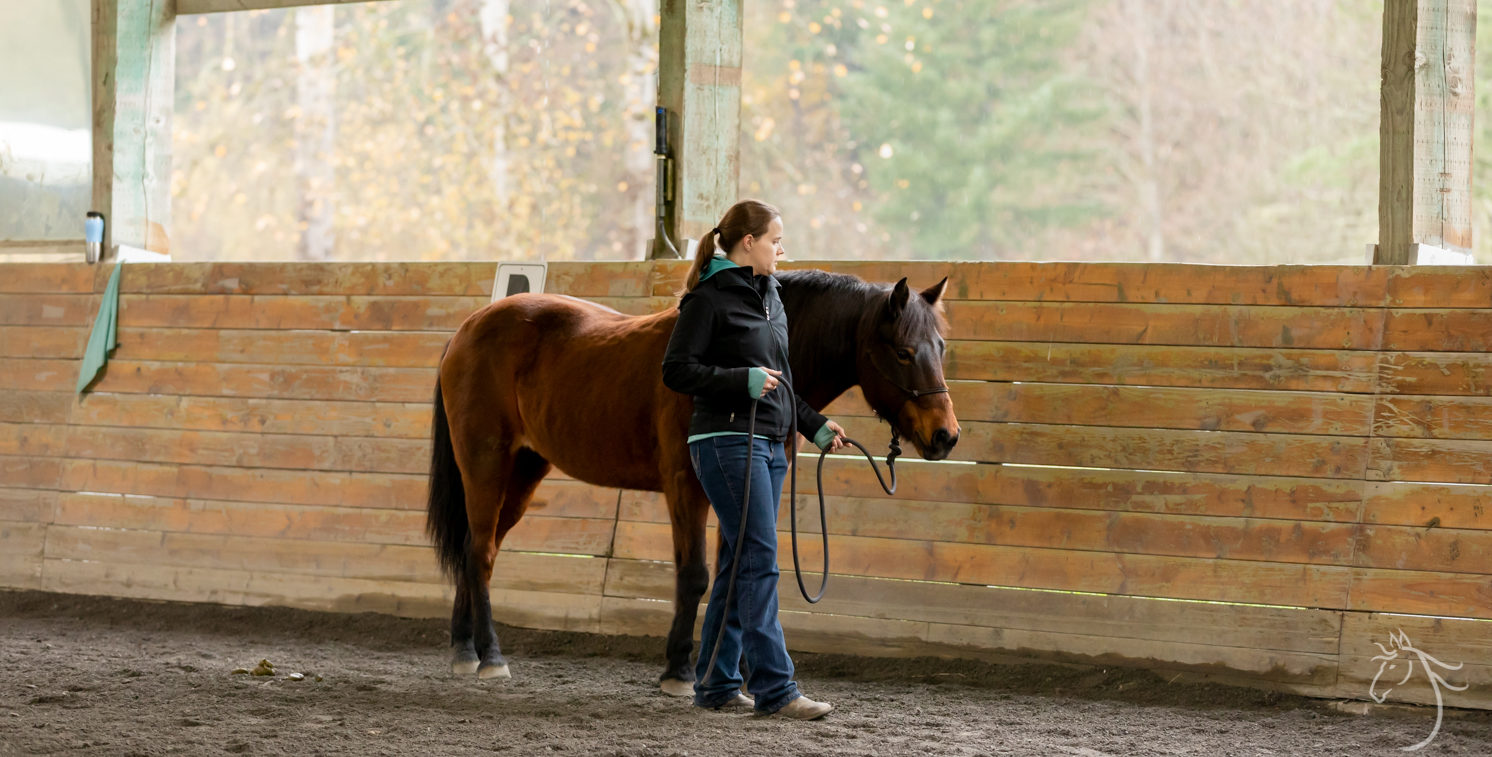 I had the opportunity to work with Sage for a groundwork session during this Joel Conner clinic. Prior to this weekend, I had only done groundwork with her a few times when she first arrived at SAFE. She has always been a sweet pony, but when she came to us it was clear that people had not given her many boundaries in her former life. With consistent groundwork she has come a long way in becoming a polite equine citizen.

At the beginning of the session, Sage and I were “feeling each other out,” and quickly established a good working relationship. She clearly understands that someone in a horse/human partnership needs to be the leader. If the human partner is unsure, Sage thinks she needs to be the leader. But if her human partner shows to her that they’re capable of taking that leadership role then she happily follows along. It seemed to me like that is pretty black and white with her.

We assume that Sage has been ridden at some point in her life since she is in her 20’s, but we had yet to put a saddle on her due to some healing sores on her belly from her insect sensitivity. Her girth area is healed now that fly season is over, and I saddled her without fuss on Saturday. After some assessment, Joel got on her briefly. someone being on her back, but we won’t know more until we are able to spend some time working on this with her. For now she will continue to be listed as a companion horse, but we will see if maybe we can add “leadline pony” to her resume.