A Plot Twist for Lacey 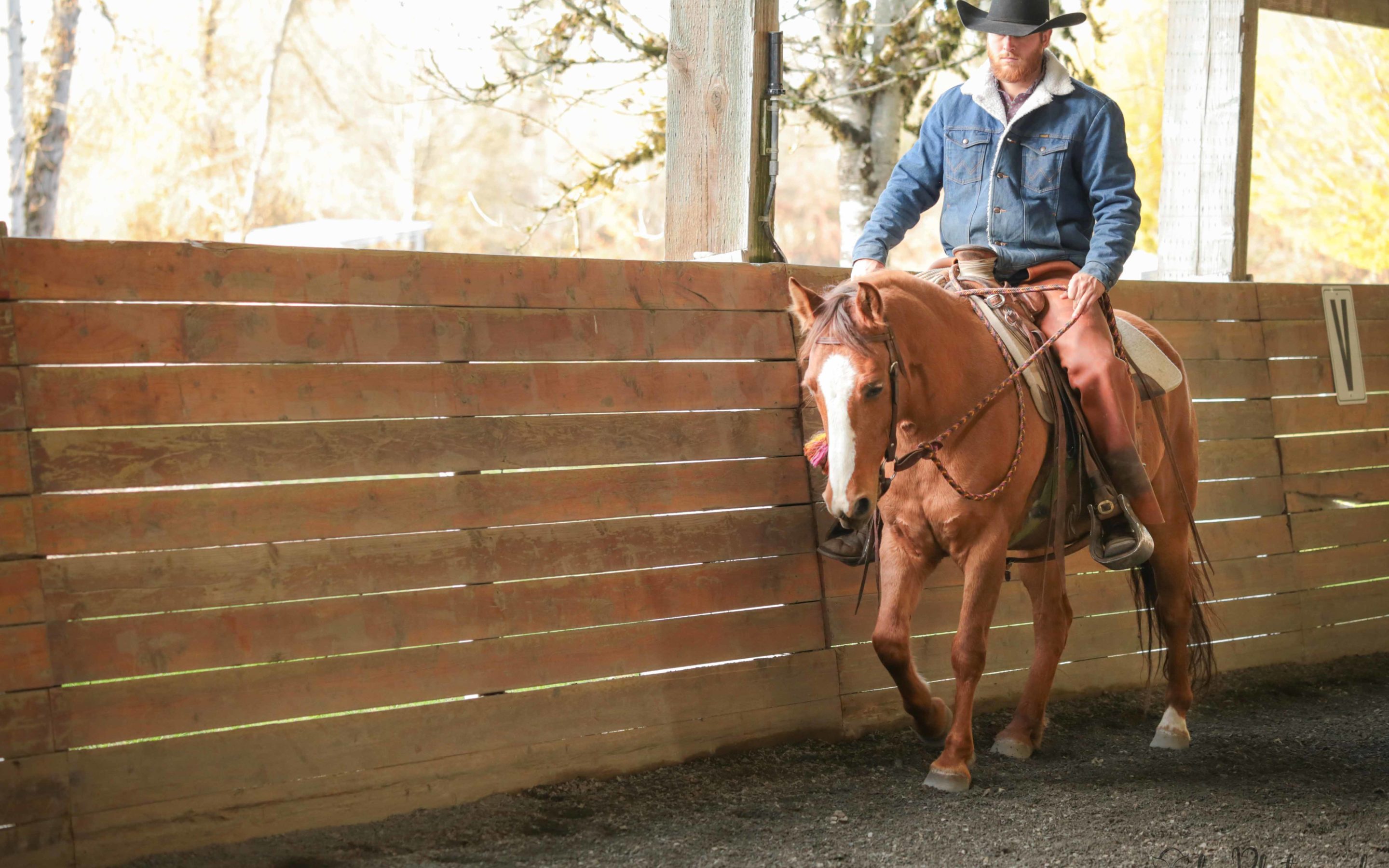 At the most recent Joel Conner clinic, Lacey went into season and we saw some less than desirable behavior from her. She has a history of being sensitive around her flank region, especially when she goes into heat. She’ll squeal and make it known that she is not at all happy about being touched in that area. Lacey has come a long way since the beginning of her days under saddle, and she is no longer sensitive about things like saddle strings or peoples’ hands touching her hindquarters when she’s being ridden. And she’s a great little mare about 95% of the time. But it became clear that we have a problem to get to the bottom of.

We consulted with Dr. Renner of Rainland Farm about the behavior that we were seeing, and we have started her on a trial of Regu-mate. Regu-mate is an oral progesterone medication that is used to suppress heat cycles in mares. Lacey’s issues seem hormonal in nature and appear to be related to her cycle, so we’re hopeful that this medication will get this problem under control. If it is a hormone issue, training alone is not going to be the answer. Trying to solve estrus-related behavior problems with training is like picking a fight you’re never going to win.

If the Regu-mate works and Lacey’s behavior issues disappear, we’ll know that we’ve gotten to the root of the problem. If this is the answer, a long-term solution would be surgery to remove her ovaries. Regu-mate does no harm to horses, but it is readily absorbed into human skin and can cause issues for women. Spaying Lacey with a laparoscopic procedure would be a viable alternative to long-term medication administration.

Mares don’t typically go into heat during the winter. Because of this and the fact that Lacey’s bad behavior isn’t constant, we may not have our answer for a few months. If the behavior continues even on the Regu-mate, however, we’ll have an answer sooner rather than later and at that point will have to come up with a new game plan. But we’re hopeful that the medication will do the trick and we’ll be able to have our sweet mare back again.