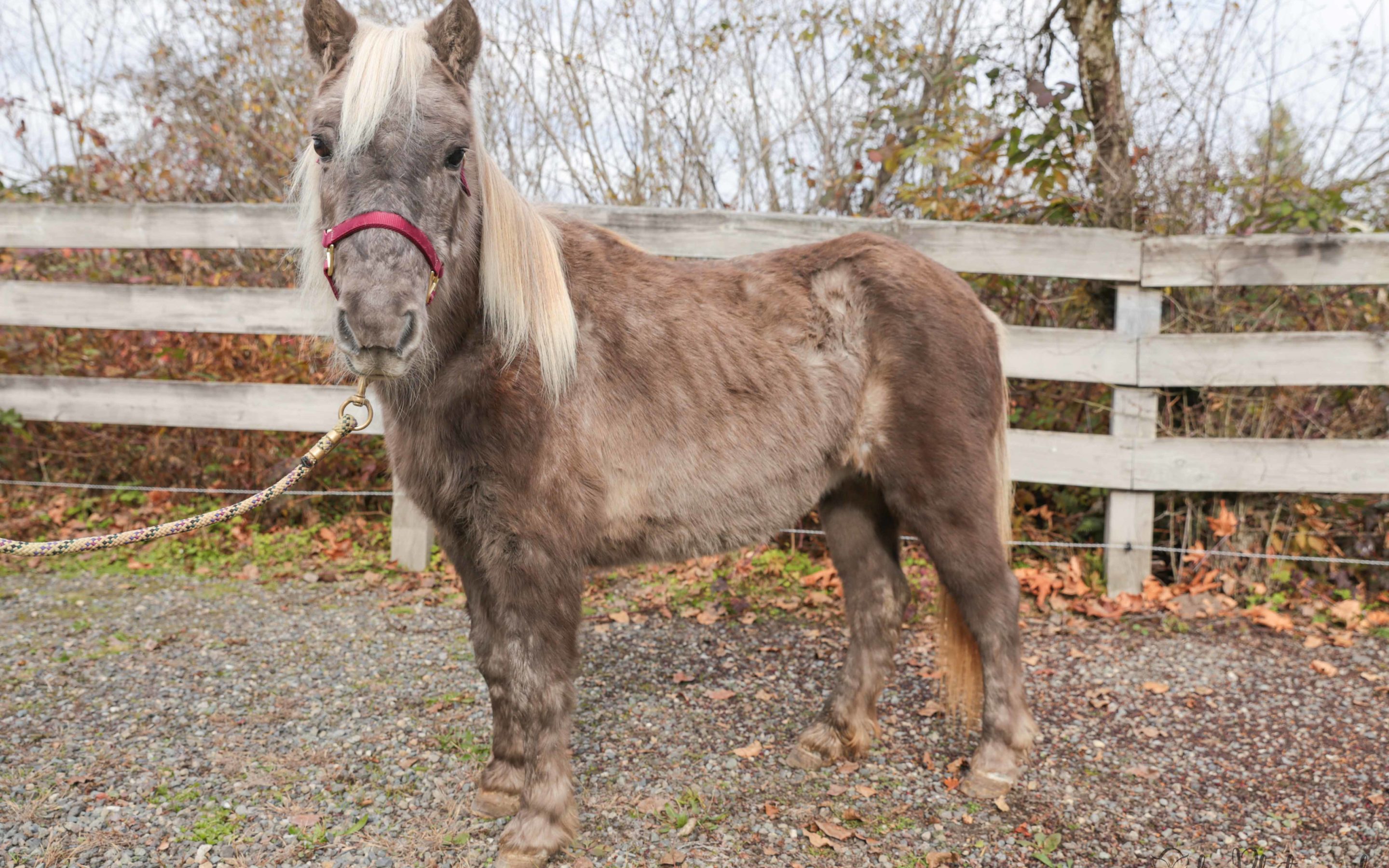 Mara is arguably one of SAFE’s cutest current residents. Although she is still reserved, she has begun to come out of her shell and let us get to know her a little better. At first she didn’t want to admit it, but she eventually caved and allowed us to see how much she loves neck scratches from people. She’s itchy under that long Cushing’s hair coat so she gets regular currying, and she has an appointment with Stacey from Equine Clipping Services to get a body clip like her friend Butter.

Mara loves her friend, Wind, and stands as close as she can to her during turnout even though they aren’t in the same paddock. She has to remain separated from other horses for turnout since she can’t eat hay due to having poor teeth. But the paddocks that she and Wind are in share a shelter that’s only separated by a thin fence, so they both spend the majority of their time together there.

We recently had Mara’s ACTH level checked to see if the dosage of medication that she’s on is doing the trick to control her PPID. Thanks to the Prascend, her ACTH is now back within normal limits. This means that we’ll keep her on the dose that she’s currently on rather than having to increase it. That’s good news for potential adopters because her medication only costs half as much as a full size horse’s dose would.

We’ve been trying to troubleshoot Mara’s eating habits, as she is not reliable about finishing her mashes. Although she has gained weight since arrival, she is not quite up to where we’d like her to be. We’ve been trying different combinations of pelleted feed types, amounts of water in her grain, and times of day that she eats. We’re getting closer to having her finish her meals than we were in the beginning, but putting weight on her is going to take a little longer because of this. Luckily, she’s much healthier now than she was when she was pulled from her previous situation. Even though it’s a slow process, we’re continuing to take steps in the right direction. And Mara seems much happier because of it.