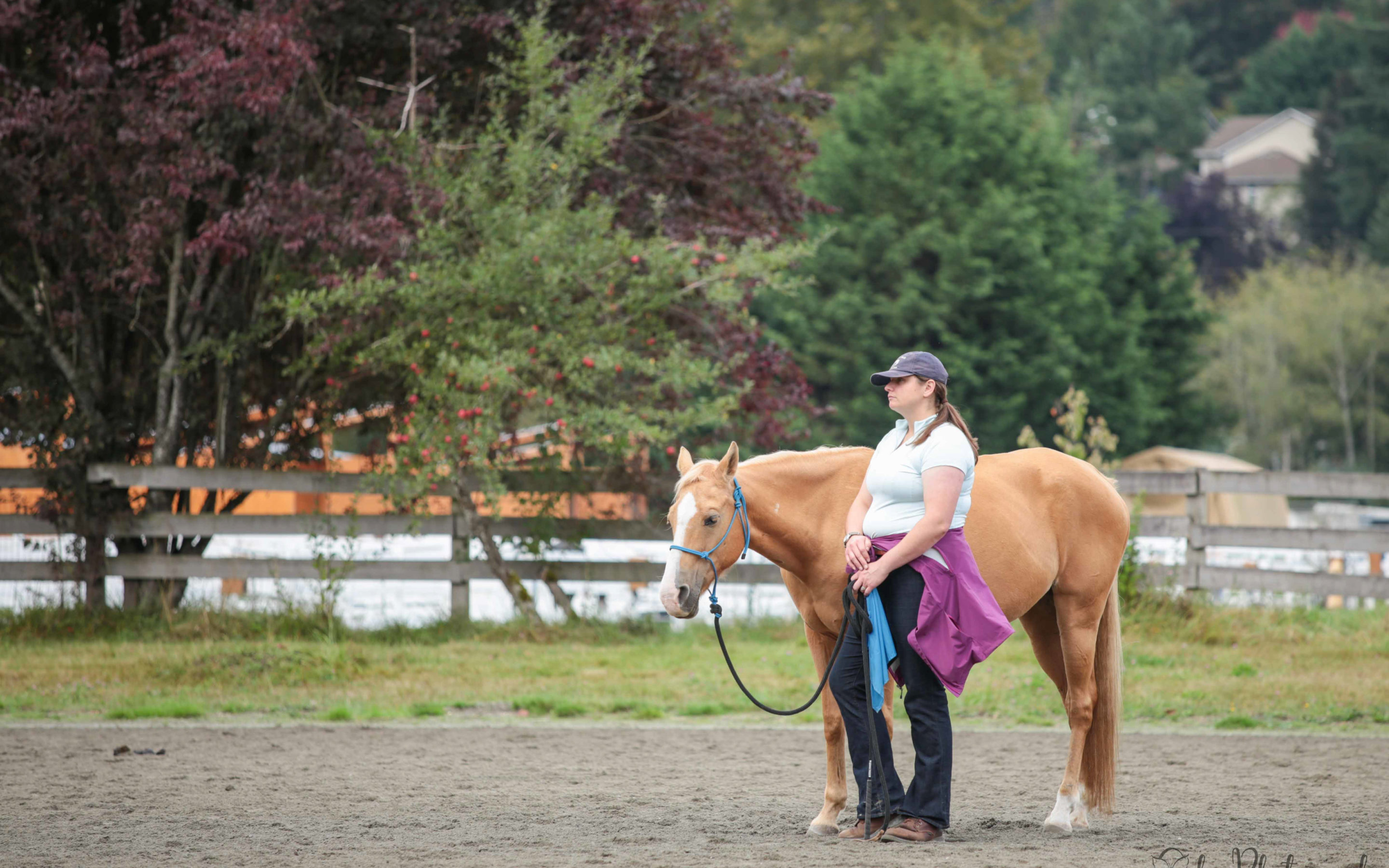 Sarah V worked with Amelia in the September clinic. Here is what she had to say about getting to know this sweet mare:

Amelia and I had only worked together once before the clinic and I’m still new to this style of horsemanship, but she was a lovely mare to work with and incredibly patient with my learning. During the two groundwork sessions, we focused primarily on feeling out how much of my energy was required to get her to move her feet, and also getting her to respond promptly to that energy. Because of some arthritis and a lack of conditioning, Amelia has some difficulty bending to the left and backing up, so we worked primarily on moving her hindquarters and then backing her from both a distance and next to her head. She also has a slight tendency to push into her handler, which meant we worked on preserving my space and keeping her shoulder out while on the unified circle. 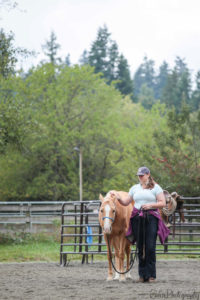 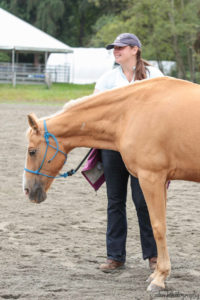 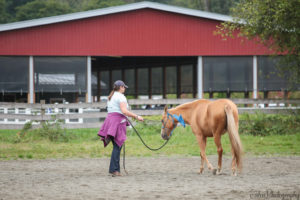 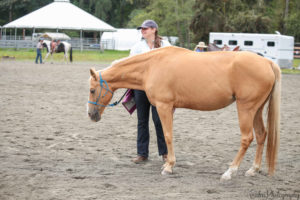 Knowing Amelia’s history of neglect prior to coming to SAFE and that she had some arthritis/weakness and being new to working with her, I erred on the side of caution in not pushing her too hard, and later realized I wasn’t asking for enough of a release to help her let go of her braces and get unstuck. By the end of the clinic, though, Amelia was more prompt with her upward transitions and backing up, more respectful of my space, and a bit less stuck in her feet. I look forward to working more with Amelia to work through some of her braces and free her feet, build her strength, and continue increase her responsiveness.