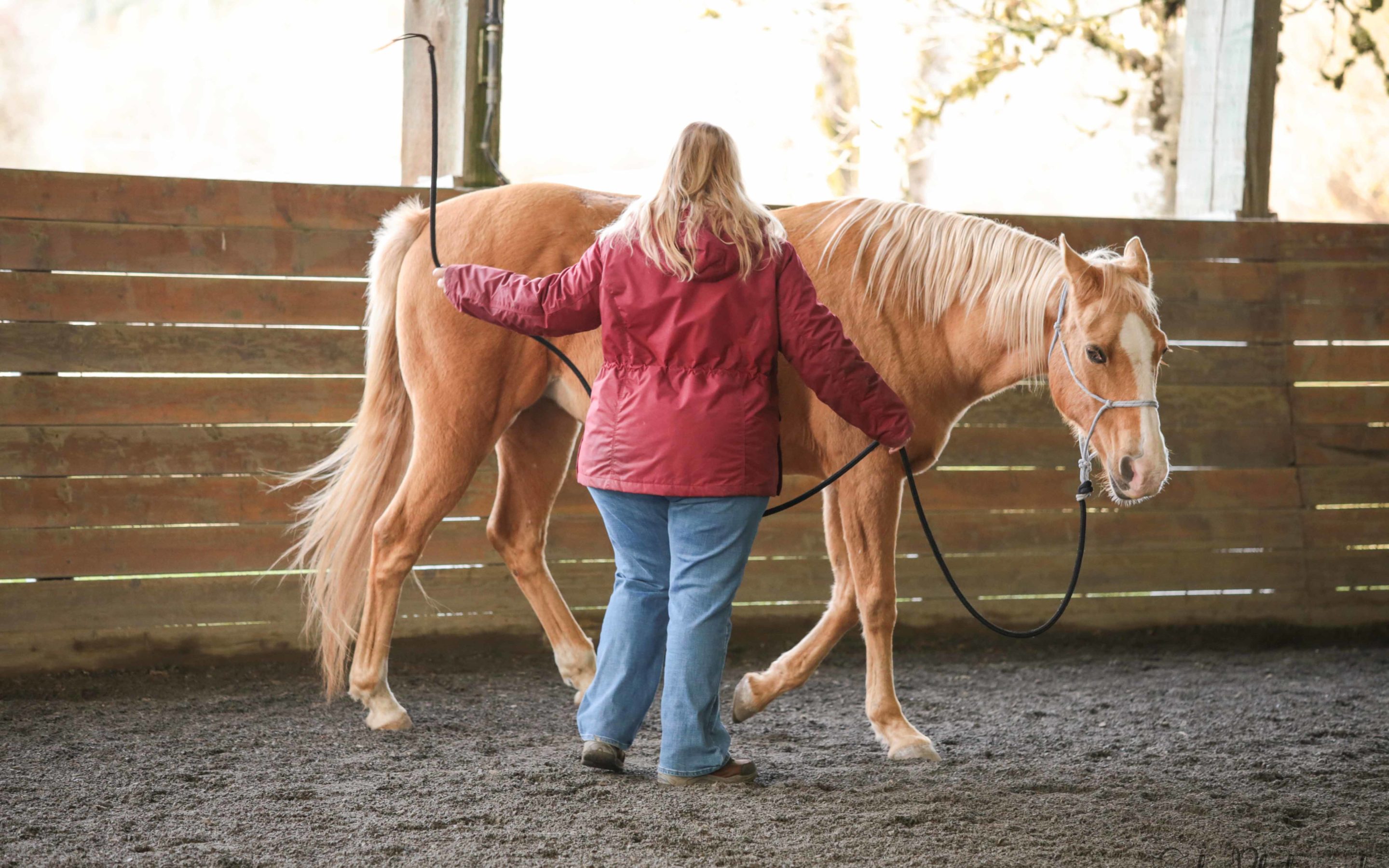 SAFE volunteer Jennifer A got to work with Amelia on the ground at the most recent Joel Conner clinic. Here’s what she had to say about the experience:

I was so excited for the opportunity to work with Amelia at the Joel Connor groundwork clinic. It was my first time as a participant. I knew Amelia had a tendency to crowd and push during turnout and was hoping to work on moving her out during the three days. Amelia is such a cuddler and I soon discovered that she uses that as a distraction for her handler.

I spent a lot of time in the clinic working on backing her up from a distance and did eventually get to a softer feel. She is great at backing when I hold the halter knot. Amelia is slow and methodical at working the front and hind quarters, but she knows what to do and was incredibly patient while I was learning. She can be stubborn and does require some firming up to get started, but quickly responds to the release. I learned that I needed to use more energy to get her moving.

Amelia progressed a lot during leading. She moved out and was responsive to the stop and backup on the right (her left), but lacks confidence when on the left (her right). She would lag behind and try to cross behind me. We worked on leading at different speeds and she showed a lot of improvement in a very short period of time. Much to my surprise, Amelia was responsive at moving into the trot and didn’t require much energy to get her moving. By the third day Amelia was moving out and allowing me plenty of personal space during rest and while working front and hind quarters. I absolutely love this mare and feel honored that I have earned her trust.