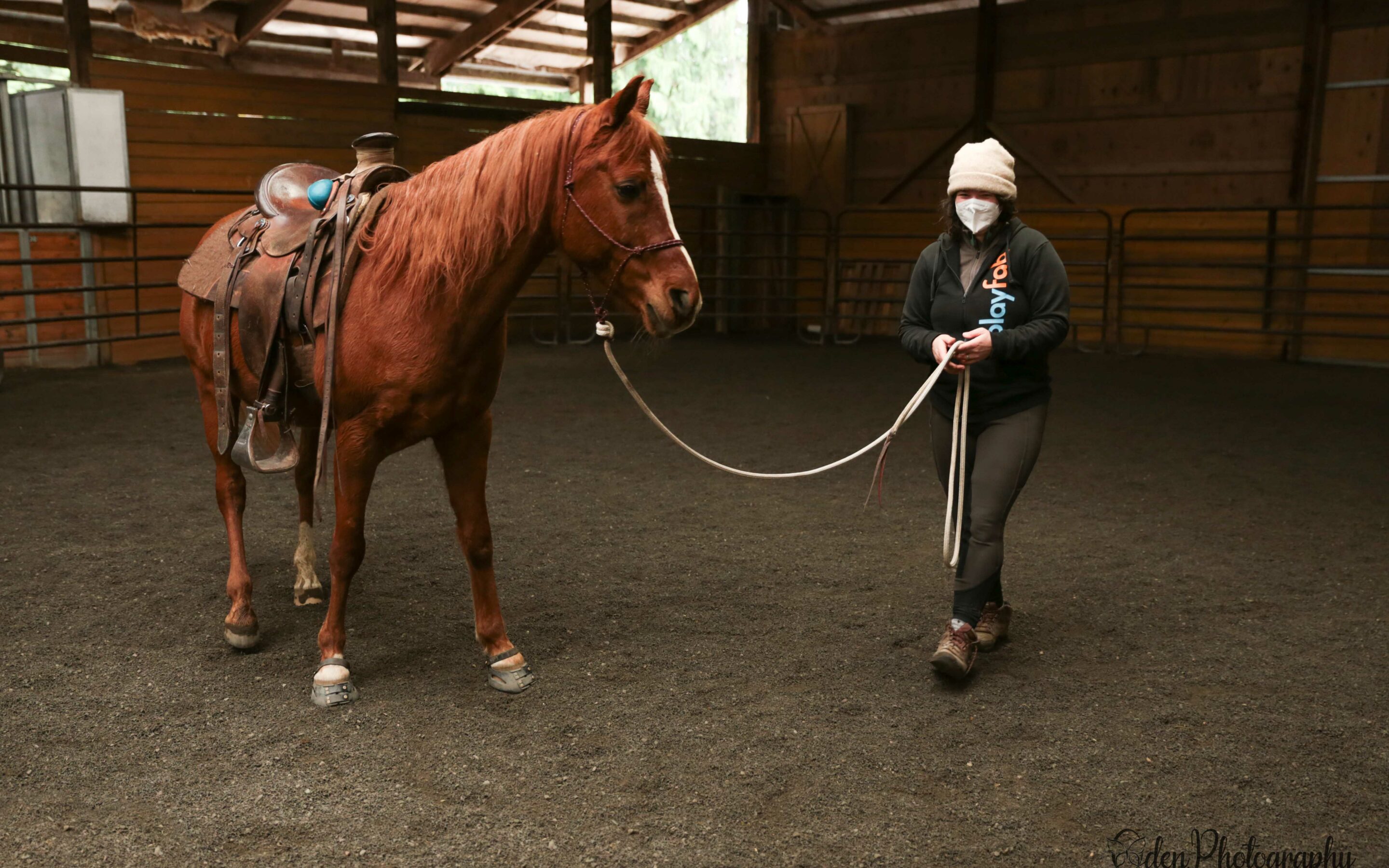 When Terry met Ari, she knew immediately that she had found Anderson’s person. Right after she met with Ari, Anderson’s soon to be adopter, she told a small group of us in the barn and we all squealed with excitement. For those of us who know Anderson know that he doesn’t always have “nice” ears, even though he is a sweet boy. Upon meeting Ari for the first time, his ears were forward the whole time! Terry could barely contain her excitement and we all knew why when she shared the news. Anderson had chosen his person and with him, this was the only way it could happen.

Ari came out a second time so her husband could also meet Anderson. We all were holding our breath, hoping it would work out. You may have guessed by now that it did. Before leaving SAFE, Ari attended a Joel Connor clinic. We posted a few photos on our Community Facebook and everyone commented on Anderson’s forward ears and how at ease he looked with her. Ari has a great feel that matches exactly what Anderson needs. Check out the photos from the clinic below.

After almost 6 years at SAFE, Anderson headed home with Ari and Siva where he joins his brother, Oreo, and a sister Willow. Although SAFE doesn’t feel the same without him, we are beyond excited for him and cannot wait to see the photos of his new life. 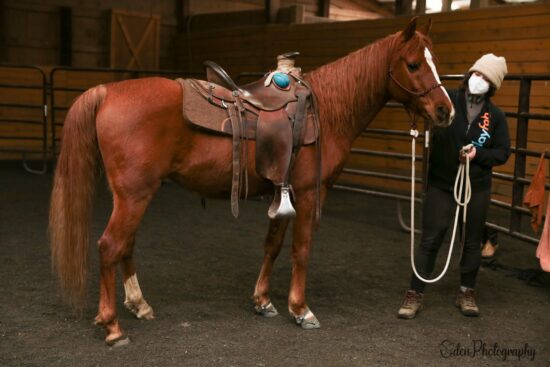 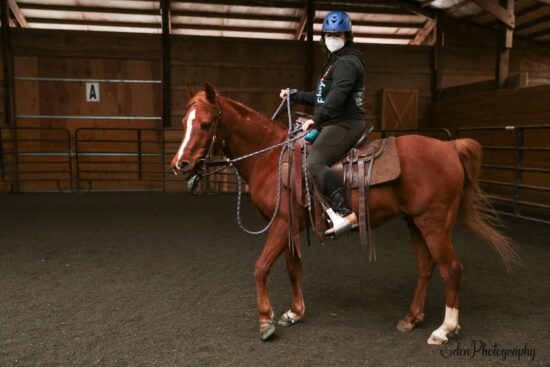 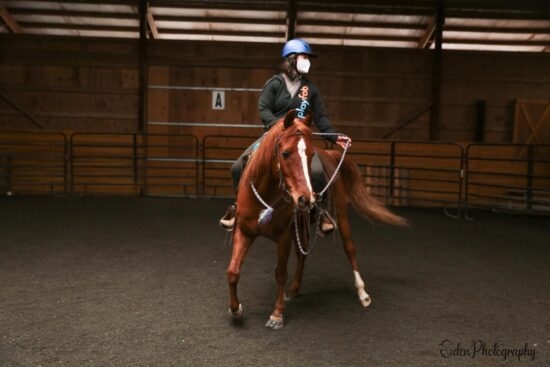 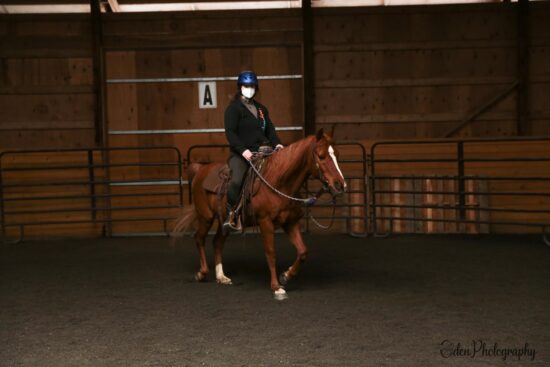