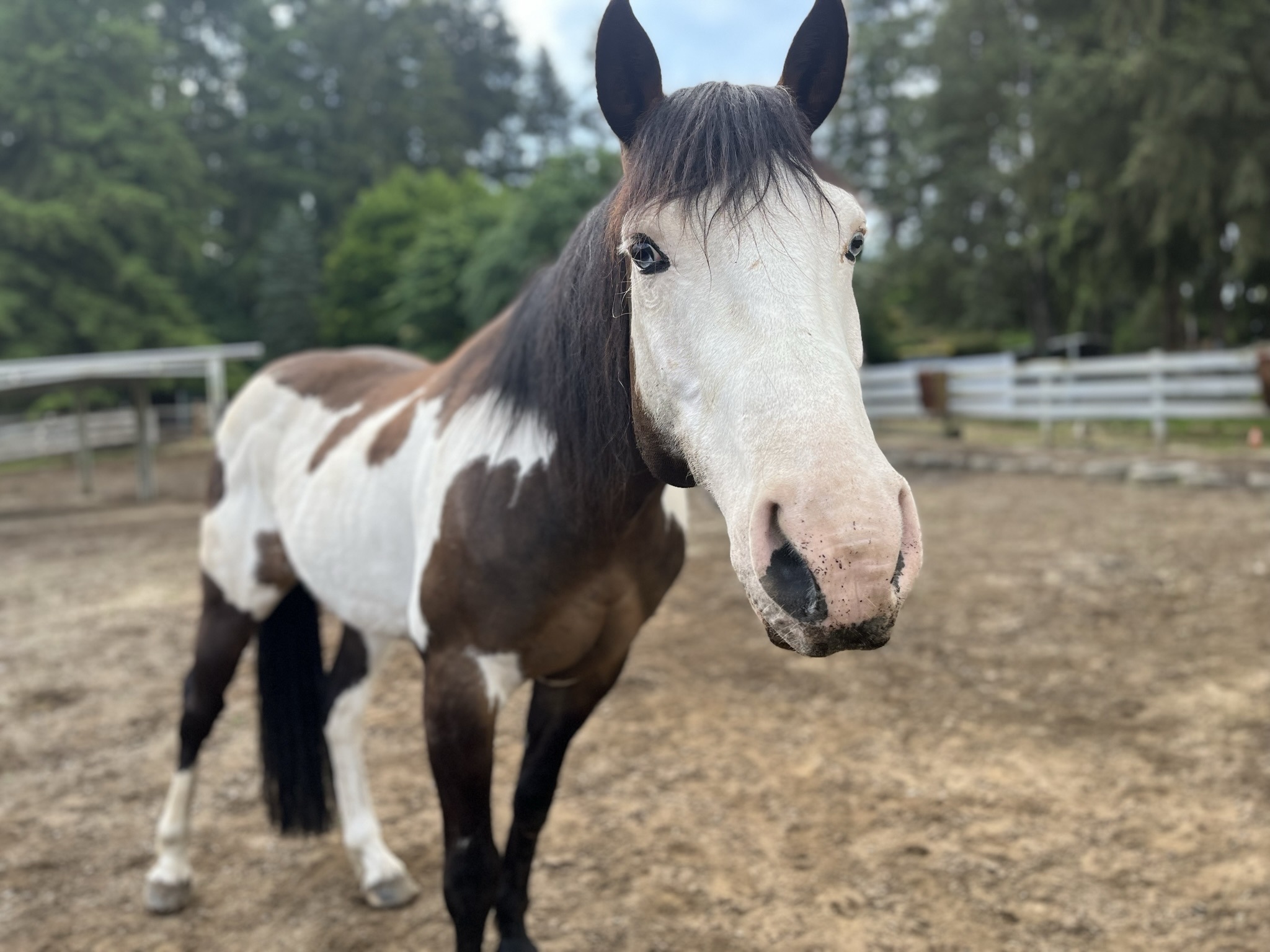 Montana is NOT a baby.

You wouldn’t think he was, looking at him, but there’s something about a sensitive guy like Montana that makes it so people’s first inclination is to handle him with kid gloves. There’s a hesitation when they go to pet him, and it’s understandable why – his nervous snorts, the taut arch of his neck, the way he slides backwards when you draw near, all signs stylizing him as a wild horse from a hallmark movie, one who needs to be approached with a slowly extended hand and the promise of a human who really understands him.

But this feeling towards him does nothing to aid Montana’s faith in us. Each time we hesitate around him we reinforce his uncertainties. So Lexee, who spends the most time with Montana as of late, helps remind us to treat him just like any old horse with the mantra, ‘he’s not a baby.’

Approaching Montana with a casual but determined air helps him learn that people aren’t always going to be tiptoeing around him, and that’s okay. That there is comfort in a pet that comes from the hand of someone with a big feel just as much as from someone more timid (also, being pet is a comfort, and will hopefully one day be felt as such). That he doesn’t always need to react, react, react — that taking a moment to respond instead will ultimately result in a much happier future for him. Each time we walk up to Montana and treat him like he’s bomb-proof, we manifest that for his future.

So next time you’re thinking of hesitating for the sake of a horse like Montana, remind yourself that they’re not a baby, and get in there to pet ’em!