April has returned from training and has done phenomenally well.  In fact, she has been one of the easiest horses to start that we have sent our trainer thus far.  She has been very willing and generally uncomplicated to start — with no real bucking, spooking or major issues to work through.  She is still quite green, but she has finished her 60 days and is walk/trot/canter and has been out on the trails.   She does still have a major issue about tying…she was straight tied in the barn while being tacked up and something scared her and she pulled back, and pulled the entire wall out.  She escaped with only a few scrapes but the incident set her back a bit, and she will need some work still in order to be safely tied again.  She also remains a bit of a dominant mare and you do have to be careful about what horses you put her with, as she will kick.

Her neck injury has healed with a minor scar…more of a dent in the left side of her neck.  It looks great!

On a plus side, she’s really easy to handle, tack up, takes the saddle and bridle easily, is not girthy or spooky and stands nicely for mounting.  We hauled her out to the Redmond Watershed and I rode her and she was great.  Everything was new, and she was leery of the wooden bridges at first, and the painted lines on the roads we crossed, and the sound of the water from the streams next to the trails, but she stopped and thought it through and then made her way through or over every obstacle, with only one bridge (complete with running water under it and a scary wall right before it) requiring me to get off and lead her.  For being only 60 days under saddle I was very impressed with her.  We even tried her in front for a while, and while she was looky at first, she soon settled and quite enjoyed the leadership position. 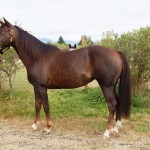 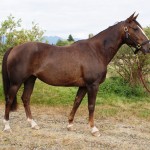 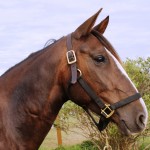 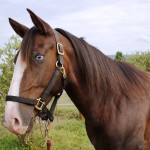 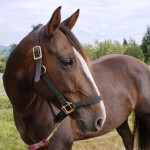 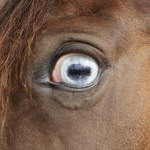 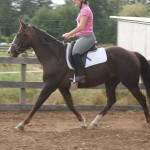 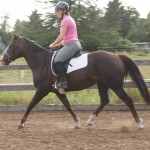 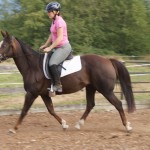 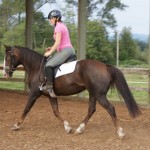 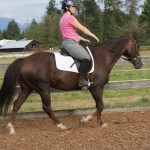 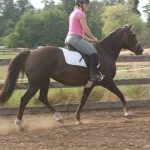