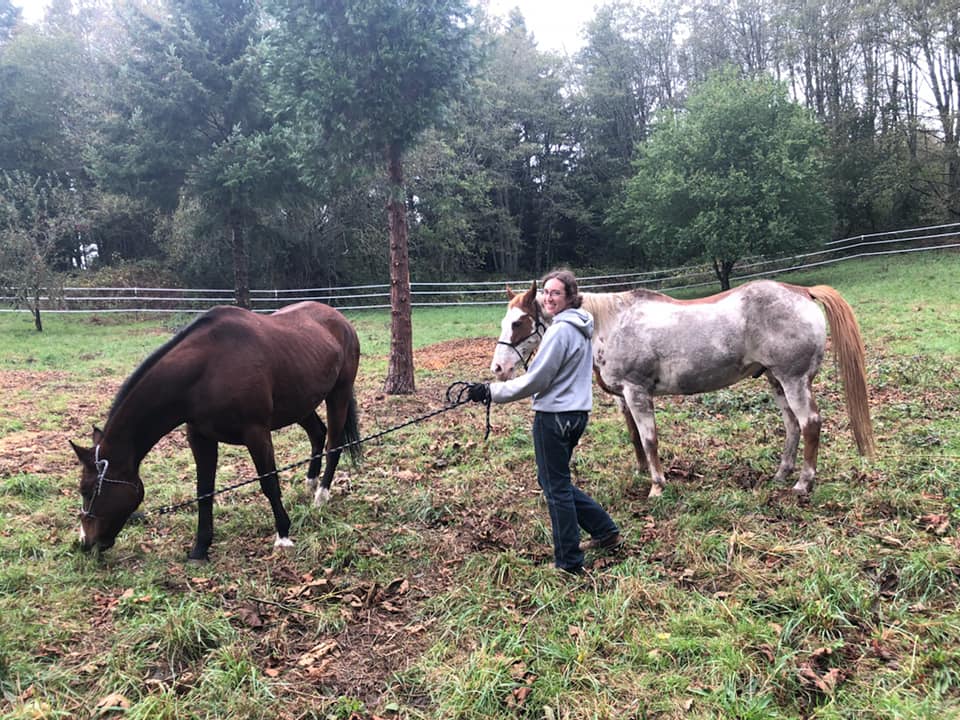 Banner is thrilled to be home with his adopter Casey! He has a new best friend named Rowdy and he seems to have settled in well. Casey is a small animal vet and is very happy to have both horses living out their senior years together on her home property!

“Banner has settled in well to the new routine,” Casey tells us. “He’s such a cute, grumpy old man. He pins his ears initially to almost everything, then goes along with it like a gentlemen (for grooming, haltering, hoof picking, etc). He’s really quite soft and responsive when he’s paying attention!

“He and Rowdy get along well. There’s some territorial behavior with the food, but they honestly give it out pretty evenly. I feed them in two separate spots, and then an hour later they’re chewing from the same hay pile! Banner has a very brisk trot and excited whinny when he sees the grain bucket coming.”

Thank you, Casey, for giving this sweet old man his forever home!