Barb, Out of the Woods 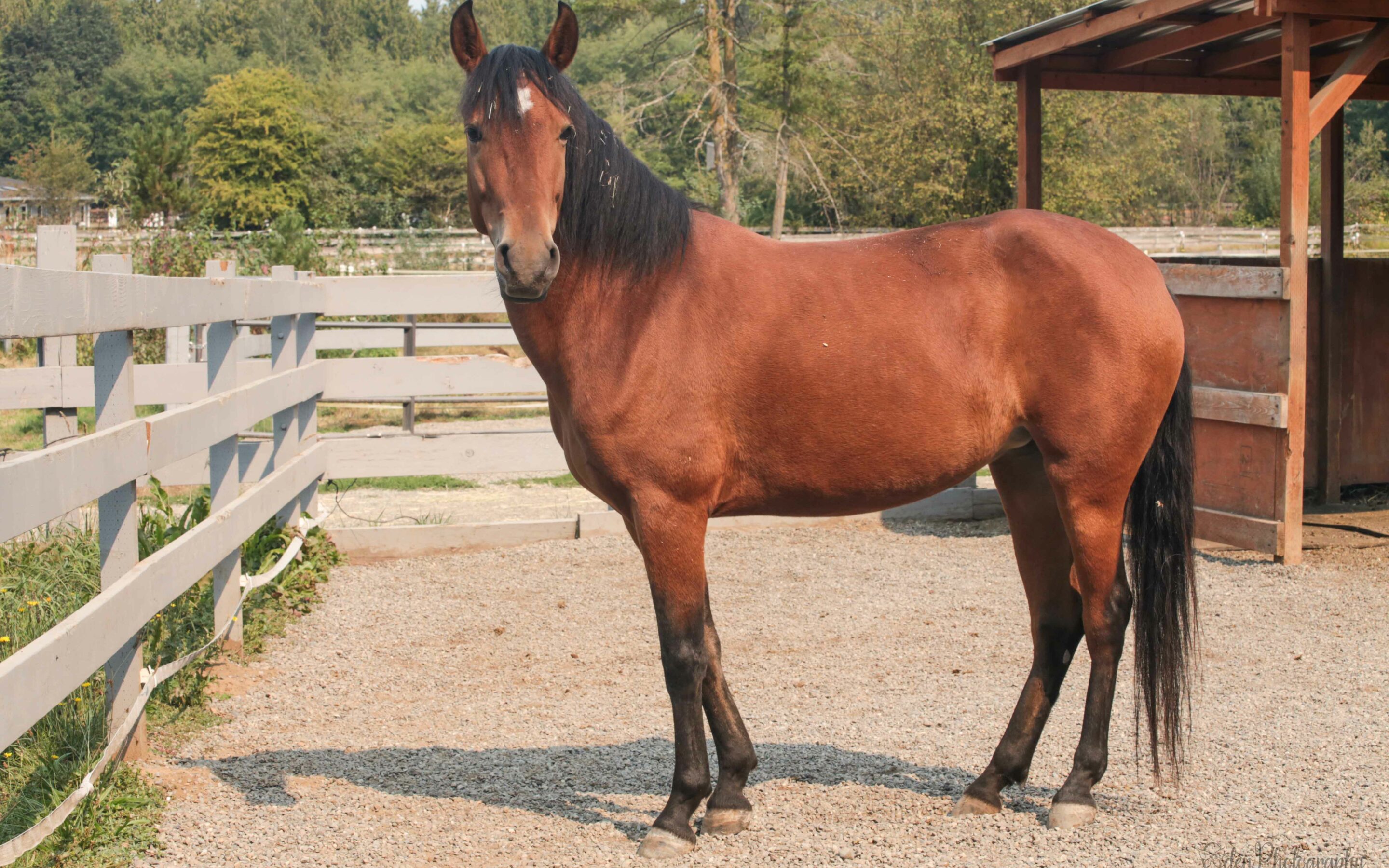 Have you seen Alfred Hitchcock’s ‘Rear Window?’ Poor Jimmy Stewart, laid up in his apartment with a broken leg, unraveling a murder via a pair of binoculars. In the horse-remake, Barb might play Mr. Stewart (the jury is still out on Grace Kelley’s stand-in) given that she has spent the entire summer holed up on stall rest, hanging her head out the window, observant.

Luckily, there have been no bodies buried in the garden, and even luckier that Barb is slated to make a full recovery. Back when it first happened, we had our concerns about her future. To wedge yourself beneath a fence is no joke, and it was difficult to gauge the extent of Barb’s injury based on its location.

We rested Barb, who coped with her time in isolation very well. I’m knocking on wood while I’m typing this, but we have had great luck with all the horses who have been assigned stall rest – even the youngest and most energetic of our flock have done remarkably well sitting inside for weeks at a time. Barb did not threaten to knock the walls down at any point during her tenure in a stall, nor did she lose her usual verve. Perhaps it felt good to rest.

Dr. Rathbone attended her twice – once for a chiropractic adjustment, and the next for acupuncture. We spoke with our vets at Rainland regarding a rehab plan, and after several weeks of rest, we started Barb on a slow path towards restoration.

It usually begins with hand-walking for short periods, increasing in time over weeks. Adding the weight of a saddle and rider is important for conditioning, and we slowly built Barb up to this point. Short bursts of trot were added, and eventually, the lope. All the while we were checking in with our vets, monitoring to ensure Barb continued on a forward track.

Since her rehabbing began at the beginning of August, Barb has only been improving. At the 6‑week mark, she was allowed back outside in a small rehab lot, and while we all expected her return to the great outdoors to be marked by much fanfare (running and bucking), she simply walked over to her hay box, calm, cool and collected. She had a re-check at the beginning of September, where she got the all-clear to continue upping her regime. So for the last month, she’s been back in the saddle, almost like nothing happened at all (the shorter sessions would betray this as truth), but our little Barb is nearing the end of her path towards returning to normalcy again, one that will hopefully culminate in her finding a forever home.