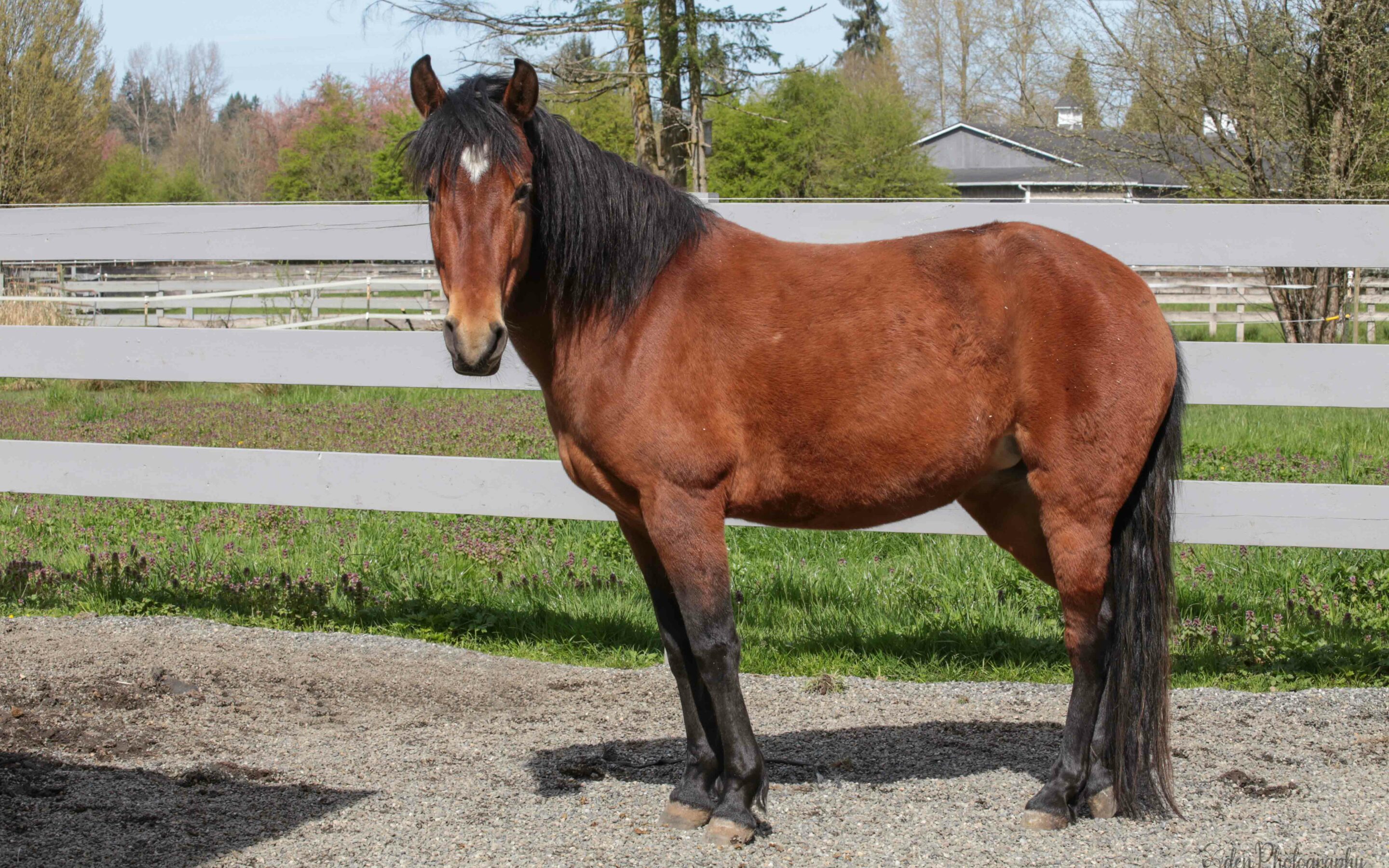 If you know horses, you know their proclivity for finding themselves in less than ideal situations. Barb, a mare too smart for her own good, recently got herself into one such scrape when she decided to liberate herself from her paddock by tunneling beneath her fence. It sounds quite impossible a feat, but the acrobatic feats horses are capable of really know no bounds. Unfortunately for Barb, her athletic prowess was not well rewarded — when we found her outside her paddock, munching away on grass, her back was hunched and she was behaving lethargically, a word that one would not typically use for Barb.

Worried, we called the vet. Dr. Lewis was quickly on the scene, where she had Barb move out a little — her range of motion was very limited, she was dragging her right hind at the trot, and generally reluctant to move. But there were no visible injuries, and no palpable heat or swelling present. Watching her move, Dr. Lewis considered the possibility that Barb was tying up, or experiencing a gas colic. She drew blood, and sedated Barb in order to intubate, where she gave Barb fluids and tried to get some of the grass up. Not a ton of grass came up, which was a good sign — if she were very gassy, more would have been expelled. Dr. Lewis also gave Barb some mineral oil to help settle any gas and cut some of the sugars from the grass. Then, it was rest and fluids for Barb as we waited on the bloodwork results to come in.

When they did, it was revealed she was not tying up, so there remained a mystery as to what was really going on. She remained quite lame, still unwilling to weight her hind, almost ‘skipping’ at the trot. At this update, Dr. Lewis had us start her on some bute.

At her next evaluation a day or so later, Dr. Lewis again watched her move out, palpated her leg, and tried to determine where the issue lay. Ultimately, she landed on it being a potential SI injury, and recommended continued stall rest and a course of muscle relaxers to keep her comfortable.

We had an recheck exam this week and she is trotting sound. For now, the rest has improved her enough to continue this as our treatment plan. She will start 15-minute hand walks twice a day and continue rechecks as needed in the weeks to come. Looking at a possible few months of stall rest and slow rehab.
We have also enlisted the help of Dr Rathbone. She came an did a very mild chiropractic adjustment on Barb last week. We will have her out again next week in hopes she may be able to do a little adjustment and possible acupuncture to aid in healing and comfort.
For a young horse so full of life, Barb is handling being on stall rest tremendously well. We check her daily to evaluate her for increased sensitivity and tenderness, and while the healing progress is slow, it does seem to be there. We will continue to work closely with our vets to determine the best next steps for further diagnosis and to keep her as comfortable as possible. 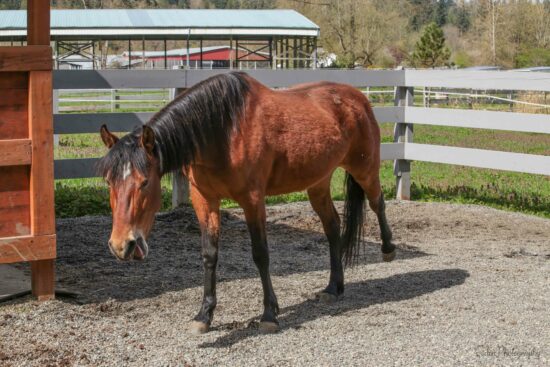 We can’t wait to get Barb back to feeling herself, yoga stretches and all