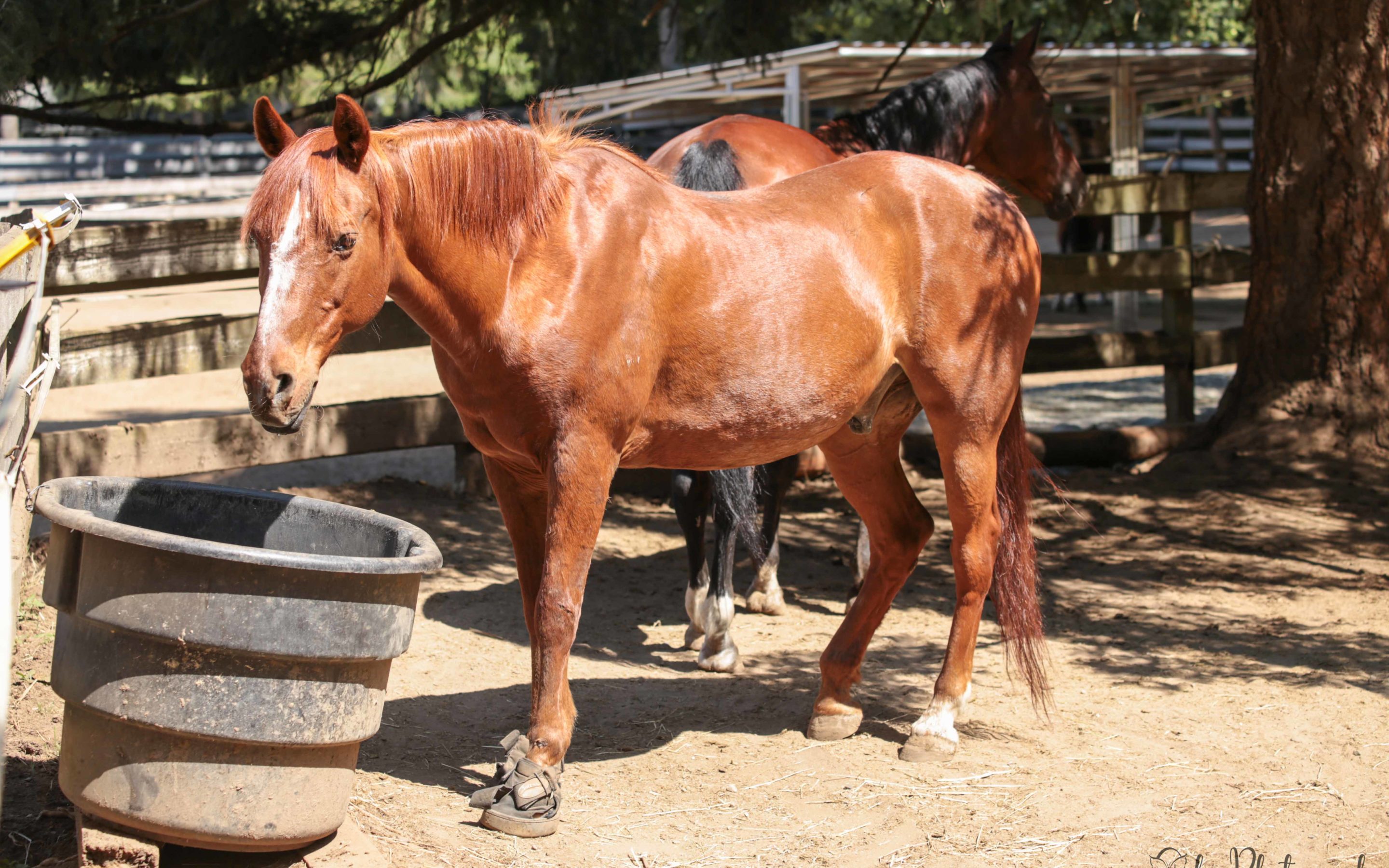 When Buddy first came to us, he was turned out in a gravel paddock and was experiencing some foot soreness. We try to let our horses go barefoot whenever possible, but we sometimes have residents who don’t do well on gravel due to thin, flat soles. Those horses get moved to dirt paddocks and then typically either get ridden in boots or they get metal shoes depending on the severity of their problem. We treated Buddy as a horse who was sensitive on gravel until he told us that his pain was more significant than that.

One morning Buddy started showing signs of laminitis. He was pointing his right toe forward to take the weight off of that foot and his heart rate and digital pulses were elevated, indicating pain. We immediately called our veterinarian and Dr. Fleck came out to assess him that afternoon. Radiographs of both front feet were taken, and they revealed rotation in both coffin bones. The rotation was very mild in the left front foot, but it was worse in the right front. Dr. Fleck said that the radiographs showed that he had foundered in the past—this did not look like a recent change to his coffin bones. There were no signs of active laminitis, which was a relief. It was recommended that we place him on bute and keep him in soft ride boots. Dr. Fleck did some corrective trimming to help realign the coffin bone. He also used impression material to make a supportive pad for Buddy to wear. Dr. Fleck came back the next week to do a follow-up radiograph and it showed improvement in the position of that coffin bone so we knew we were on the right track. At that point he said that we could either continue to keep him in the soft ride boots with the impression material for support or put him in therapeutic shoes.

Buddy lived in soft ride boots with the frog support pad until the next time our barefoot trimmers were out to the barn. The ultimate goal is to get Buddy’s hoof wall to grow out and realign itself with the coffin bone, and for him to grow more sole under the tip of the coffin bone. Ideally, he will be able to go barefoot again in several months. In order to help facilitate this, we have opted to put him in glue-on shoes during the time it takes for the hoof to get back to a more normal state.

We have been able to keep Buddy comfortable on just one gram of bute per day, and he seems to really enjoy walking in his new shoes. We will never know for certain what events led to the coffin bone rotation in the first place, but equine Cushing’s disease is a common underlying cause so it seems likely that the two things are related for him. With Buddy’s ACTH levels under control with medication and careful hoof management, we can hopefully get Buddy’s feet back to a healthy place and keep them there.

Buddy is a total sweetheart, and a staff and volunteer favorite. He’s a cooperative patient and acts like he knows we’re here to help him. With time and patience, we hope to get him back to a pain-free life again. 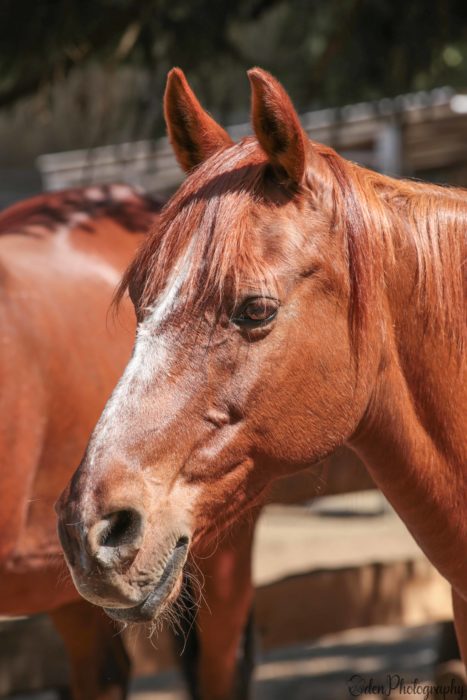 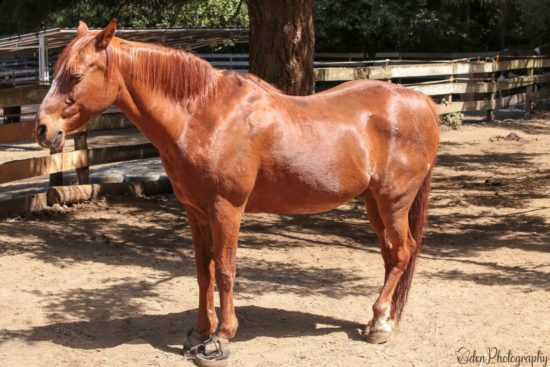 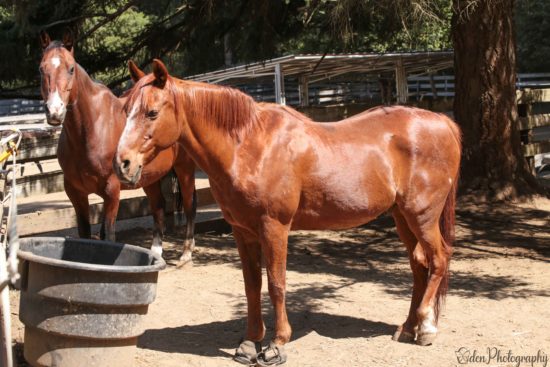