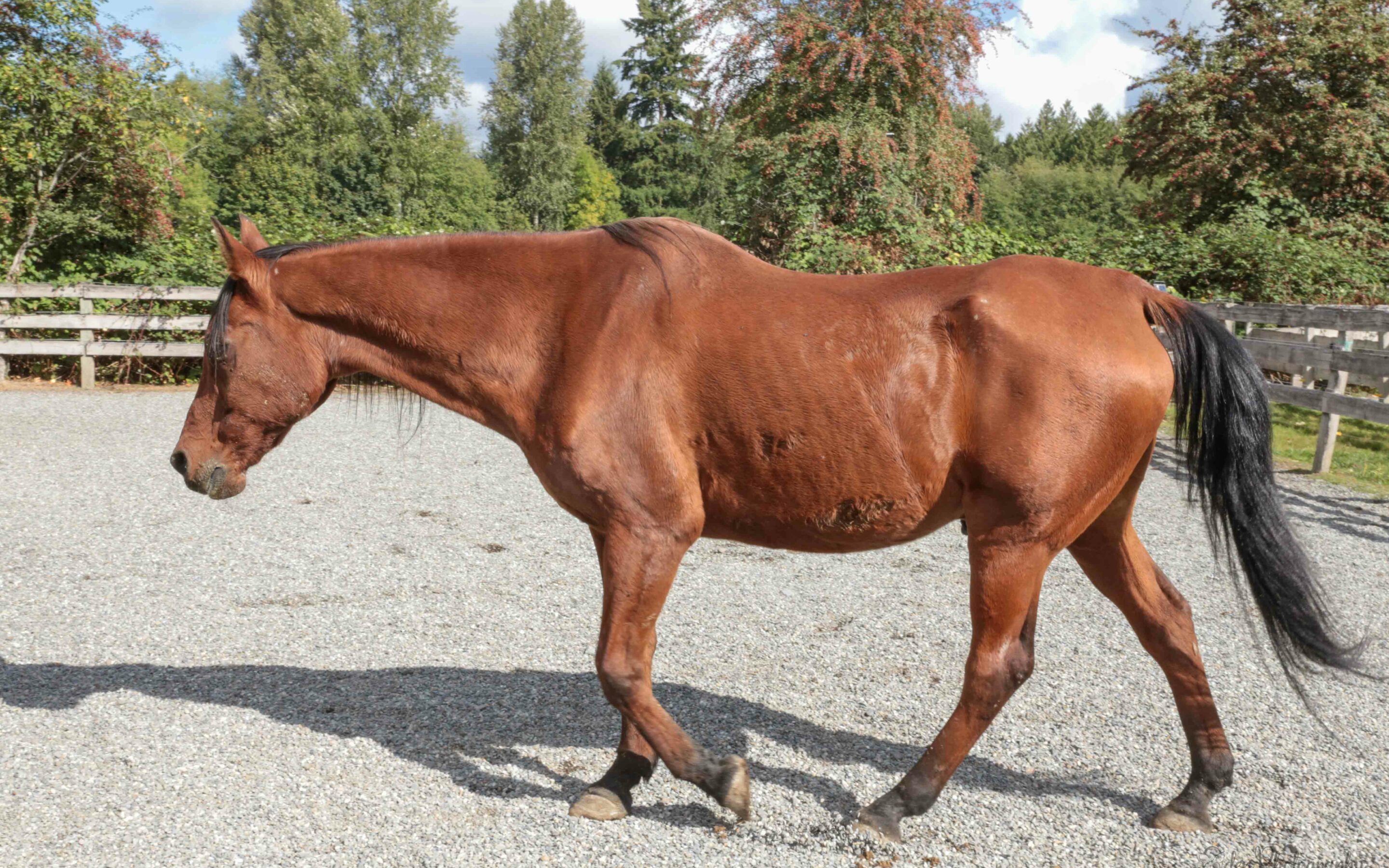 Cameron has settled into SAFE well. We were initially concerned about Cameron’s colon function, and after several weeks of close monitoring now have a feel for his typical manure production. He gets an all-mash diet of Haystack and senior grain which he eats with gusto. His weight has increased from 945 pounds to 988 pounds, and he is slowly starting to fill out.

Cameron saw the vet recently for a dental examination and float. Unsurprisingly, we discovered that he is missing a lot of teeth. He also has significant wave mouth, which means that he has a vertical misalignment of the molars when his jaws come together. This causes some of his molars to become longer than the adjacent ones which wears down the opposing teeth, sometimes to gum level. This results in a jaw which is less able to grind food and move it to the back of the mouth, which hampers his ability to process and digest the food as easily, leading to possible weight loss, colic, or choke. Dental work must be done very carefully so that the teeth aren’t filed down too much to make the horse sensitive while eating or expose the tooth pulp. Cameron’s teeth are in the early stage of EOTRH (equine odontoclastic tooth resorption and hypercementosis). This is an inflammatory process in which the roots of the incisors (and sometimes the canines) reabsorb or basically dissolve. Long story short: Cameron doesn’t have great teeth, and neglect has made them worse.

Because of the number of medical issues Cameron has, he will need a very special adopter who is experienced with senior horses. If such an adopter doesn’t come along, SAFE will ensure the best quality of life for Cameron. He is currently bright eyed and happy. He is hand walked once or twice daily. Cameron enjoys these strolls, likes attention, and is groomed multiple times during the week. Winter can change things a lot for a senior horse, so we will continue to closely monitor Cameron as the weather becomes more challenging.