Camille and Sebastian, peas in a pod 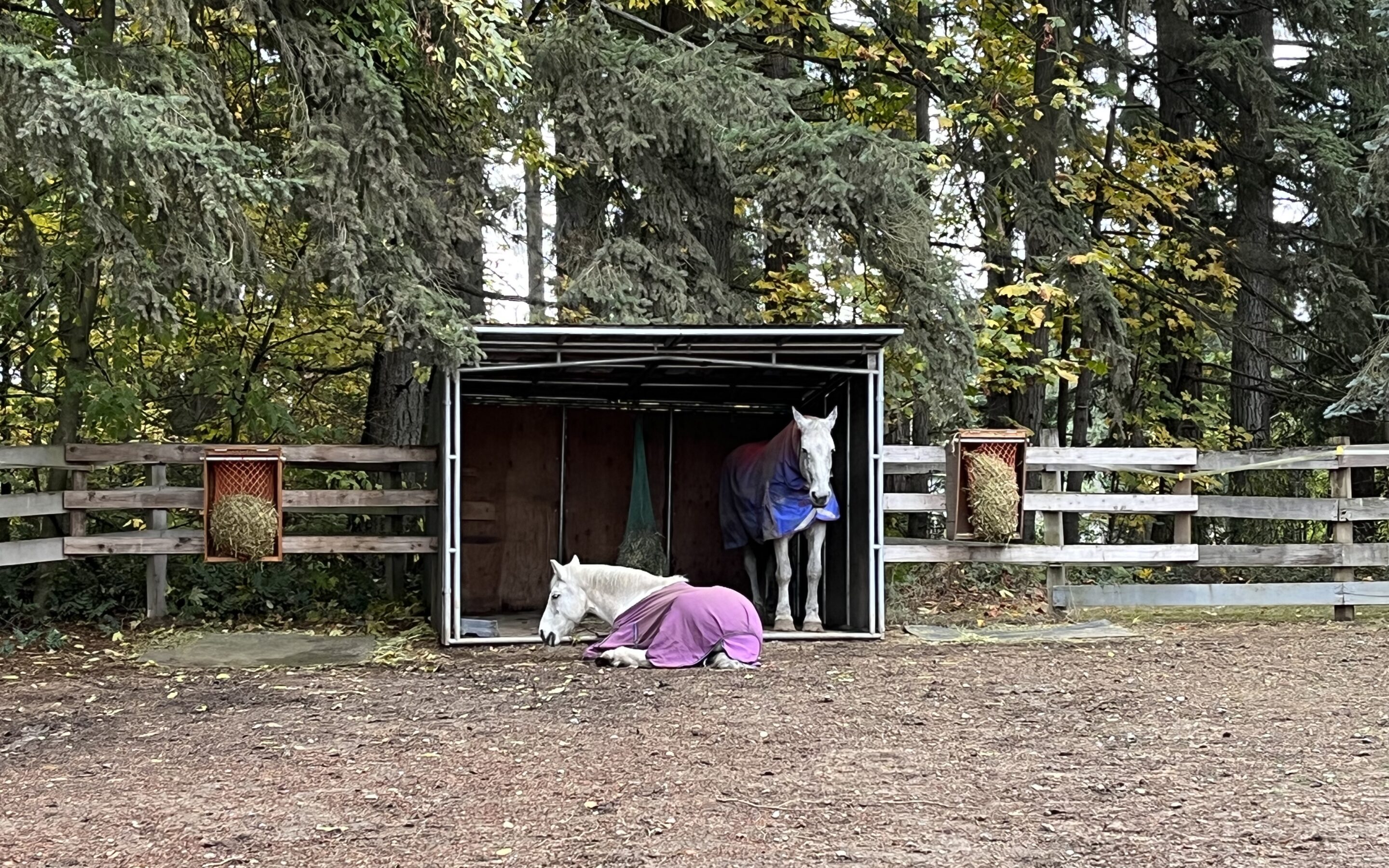 Camille and Sebastian could be styled as storybook characters in the furry flesh. Two older horses, brought together by virtue of poor circumstance, united under shared healing. She, an ex-carriage horse, standing at a cool 18 hands, a true gentle giant. He, whose past is entirely unknown to us, but whose last experience with humans before he arrived here was watching them leave him behind, stands a much smaller 14 hands, but no less sweet.

They first met via a shared fence line, though neither is predisposed to the dramatic, and they hardly seemed interested in the other. However, when we moved Sebastian away, it was clearly upsetting Camille, who kept a close eye on her little friend. But she shouldn’t have worried – Sebastian was only moving towards her, the two to become pasture mates.

Their introduction was completely uneventful — and I know I’ve said that before, but this time was the very definition of the word. We let them sniff noses on the halter rope first, and neither one seemed particularly interested in the other. When we let them off the leads, they calmly went about their separate (but loosely linked) ways. Sebastian went for a walk about, and Camille followed behind at a respectful distance, like a watchful older sibling with none of the associated rivalry.

The two were instant companions, and within the hour were peacefully sharing a meal time, going so far as to take bites out of each other’s grain pans. The next morning, Camille enjoyed a nap under the tree with Sebastian standing guard a few feet away. And then, not a day later, we caught the sweetest scene — Camille watching over Sebastian from under the cover of the shelter as he slept. 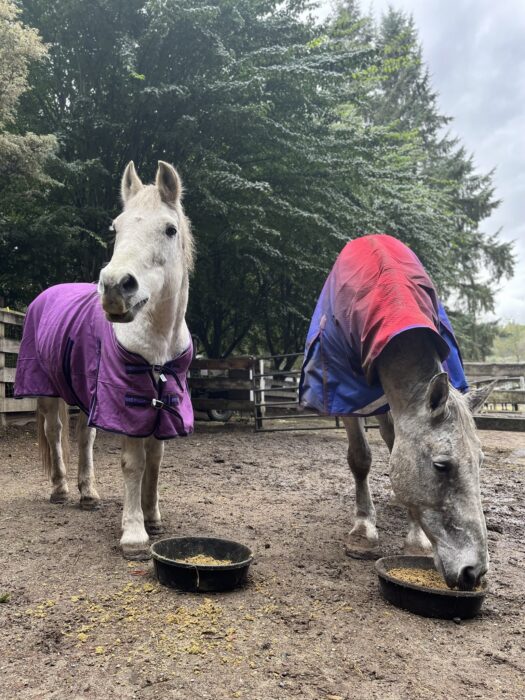 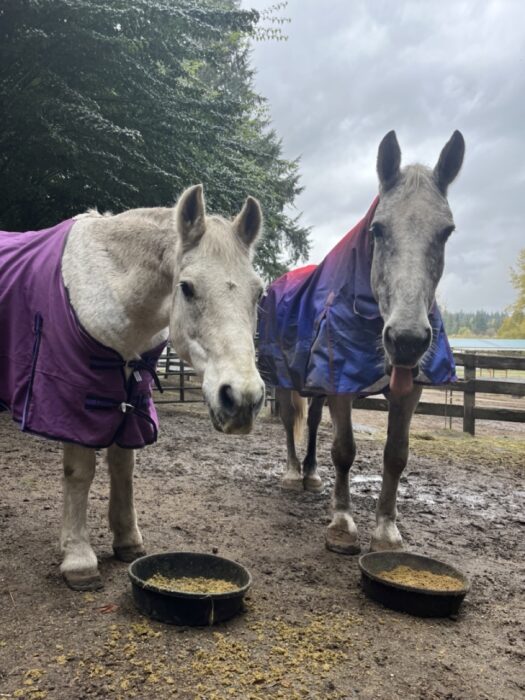 As herd animals, horses feel most comfortable when with a companion or two. There is safety in numbers, after all. Though they will sleep standing up, horses need REM sleep, which they can only get lying down. They don’t need much, but it is an important little bit. If a horse does not feel safe in its environment, the chances of them lying down and being able to relax fully decrease substantially. This is why it’s so important that we try to group horses up, so that they have a herd, or at least a buddy, to watch over them while they sleep.

Sebastian and Camille are not only each other’s buddies, but are each other’s protectors. Watching these two become such fast friends has been a complete boost of serotonin for us as we head into the rainy winter months, and we are kept warm with the thought that the two of them can find such comfort in one another.