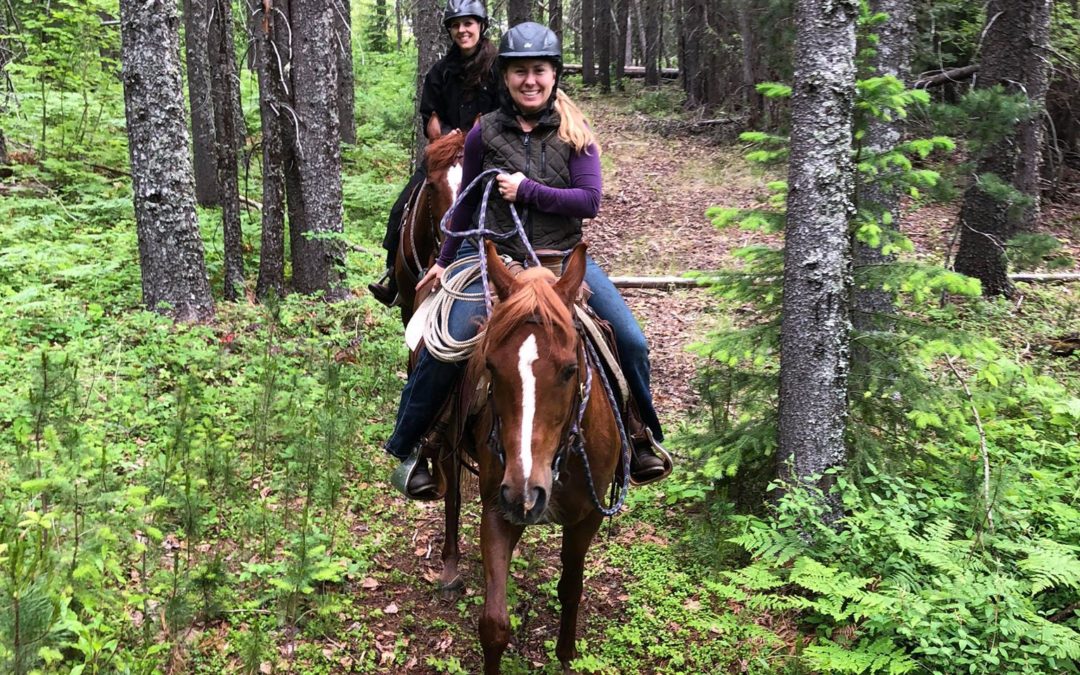 This summer, we had the opportunity to take Anderson for a 3 day camping trip to Cle Elum WA. He was an awesome boy for this new experience and did a fantastic job dealing with everything that was asked of him. We took the horses out every day for up to 5 hours of riding, grazed in a field for lunch and climbed very steep hills, passing hikers and dogs along the way.

Probably the most interesting part was teaching Anderson to go into the lake. In addition to having to deal with water itself there were a lot of waves! This was a big thing for him to deal with, but he did it! He overcame his instinct to flee, and was able to walk around in the water and get in and out without fear. This was more proof that the horsemanship work we have been practicing at home is helping him prepare for experiences like this one. With support and trust in his rider, Anderson was able to try something new without getting himself or his rider in trouble. He has learned to check in with his person and react according to their feel and leadership in the situation. Now granted, he didn’t just jump right in the water and splash around, but we got there without anyone getting hurt. The proof that he accepted the change was evident in the days that followed, as he was able to get in the water and relax with less and less time needed.

Anderson is still a very interesting riding partner. He requires you to be present at all times, clear in your direction, fair yet non-negotiable in your ask. He can be intimidating at times and will act like a pushy stud if he believes he can get away with it. But if he is treated fairly and with respect, he soaks up affection and love and becomes a willing partner. He is still only available to someone who understands his history and the challenges that come with working with him. He can be as gentle as a kid’s horse one minute and the next, only an experience rider can handle him. Because he was a late cut stud, Anderson will always test people, and he needs a smart owner who can deal with that. He’s a ton of fun to ride and if you don’t take his sometimes snotty faces personally, he’s very enjoyable to interact with. He’s a great horse for adventures like this camping trip, and he proved that with a strong relationship with his rider, he will literally walk on water when he trusts you. 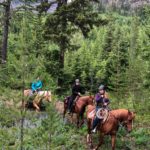 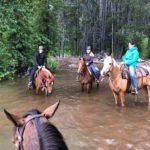 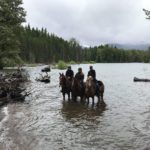 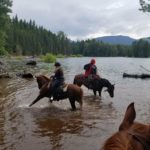 Splashing in the lake! 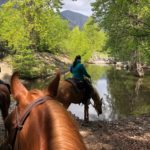 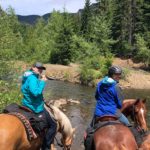 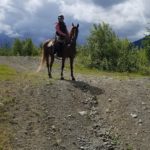 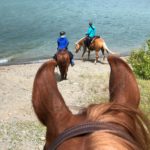 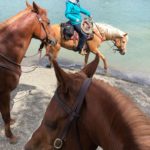 Cool kid on the beach!