Raven was such a brave girl for her first groundwork clinic with Joel Conner this past month. Thhe transformation in her was really something to see. Raven is learning to relax and accept new things and find peace and comfort from her handlers. She is beautiful to watch and we are very hopeful for her future! Here is a recap of the clinic from Lisa who is working with Raven:

Raven and I participated in both of the Groundwork sessions of the Joel Conner clinic in June. At the start, Raven was very unsure of being in the arena with all the other horses, of the loudspeakers, and of the spectators. We started out working through some basics just on a lead and she slowly started to settle and hone in on the work.

Up until the clinic, I had introduced Raven to the flag only 3 or 4 times and it she had quite a bit of trouble with it; she would spin around to face me, race backward, even rear up. It was never aggressive behavior, so we simply worked on moving her feet FORWARD to get out of trouble and find a release. She was working through this quite well on our own, but the clinic environment plus the flag were too much and she reverted to her ol’ standby of flying backward. Joel took Raven in hand and, throughout the first morning of the clinic, worked her through, moving her forward, releasing the hindquarters, and helping her find peace with the flag.

On the second morning, Raven was still pretty dubious of the flag, but was settling more and more quickly every time it was reintroduced. Joel also introduced her to some rope work and she did GREAT- leading her with a lariat rope around her neck, barrel, and even letting her feel it on her flanks and rump!

Over the past couple of weeks, we have continued working with the flag and advancing the rope work, including gentle leading by the feet which will help her learn to give to pressure around her legs — a great preparation for successful farrier visits and grooming sessions, but also a safety tool if she were ever to get tangled in anything around her legs! Raven is working VERY well with the flag now and, while she still exhibits some questions when the flag gets “big”, she stays calm and THINKS through the work.

I am just so impressed with this filly; not only is she gorgeous and athletic, but she is a willing partner, a hard worker, and one of the most affectionate young horses I have had the privilege to work with. 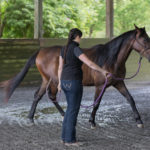 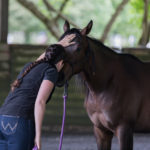 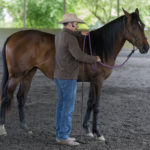 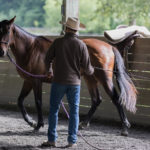 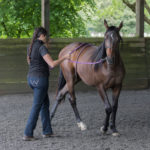 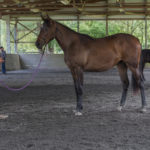 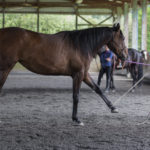 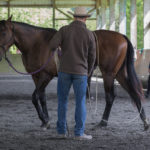 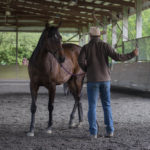 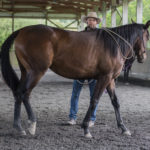 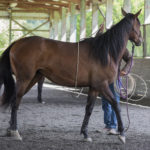 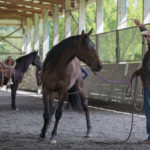 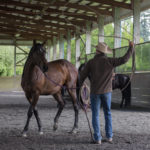