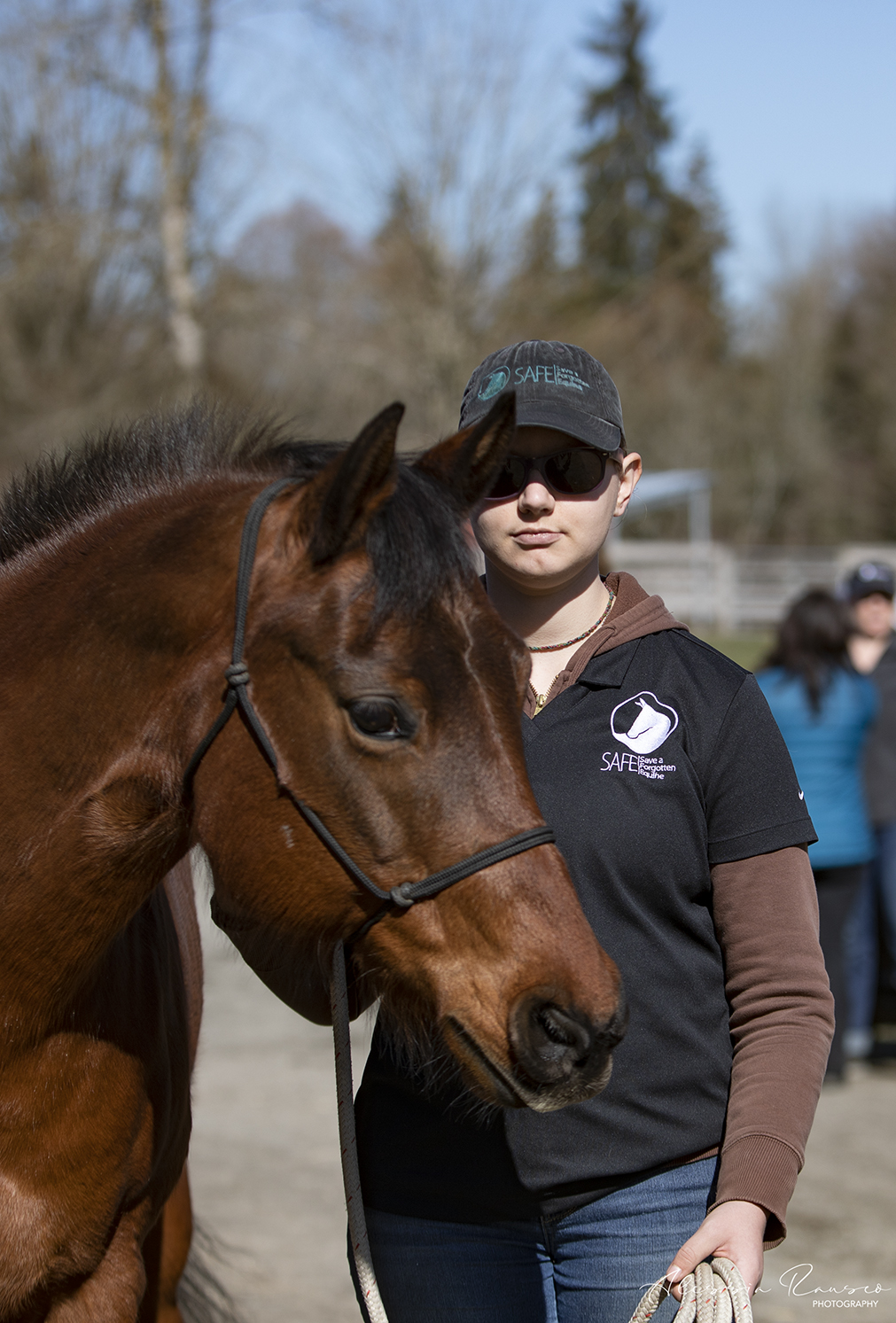 Catherine took Renee into our spring Joel Conner Horsemanship Groundwork Clinic. Here is what she had to say about her experience:

I was able to work with Renee over the weekend. On Friday we had troubles with paying attention. Renee was more interested with getting back to Angel. Working on a lot of backing and circles. At the end of the first day we were able to focus on me. She was a little herd bound and was showing more anxiety about being so far away from her friend.

The second day we were able to get better changes. She was able to think more on me and what I was asking her to do. The tarp was one of the stations that was in the clinic. Renee was a little nervous with it being on the ground, but with doing some hind quarters to front quarters around it and Renee was able to walk over it. On the off side, we had a bit more of brace with the tarp touching her, with throwing it up with the energy of a blanket had changes. The trailer was something else we worked on. She was nervous at first walking up to it, and moving her feet away from the trailer and being able to rest if she was focusing on the trailer, she was able to go into it. After a few times going into and back out, I found that Renee was happy to go in and turn around to look at all that was going on.

On the third day we had more connection on what we were doing. I felt like I was the most comfortable and confident with the progress on with we were able to do. I think that Renee is a really smart mare that needs to know that she has a trusting partner working with her. She is a horse that is a lot smarter than most people give her credit for. I learned a lot about how to support her and to be able to let her figure out the days. I am happy that I was able to work with such a great horse. 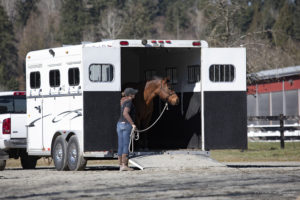 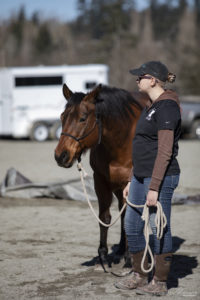