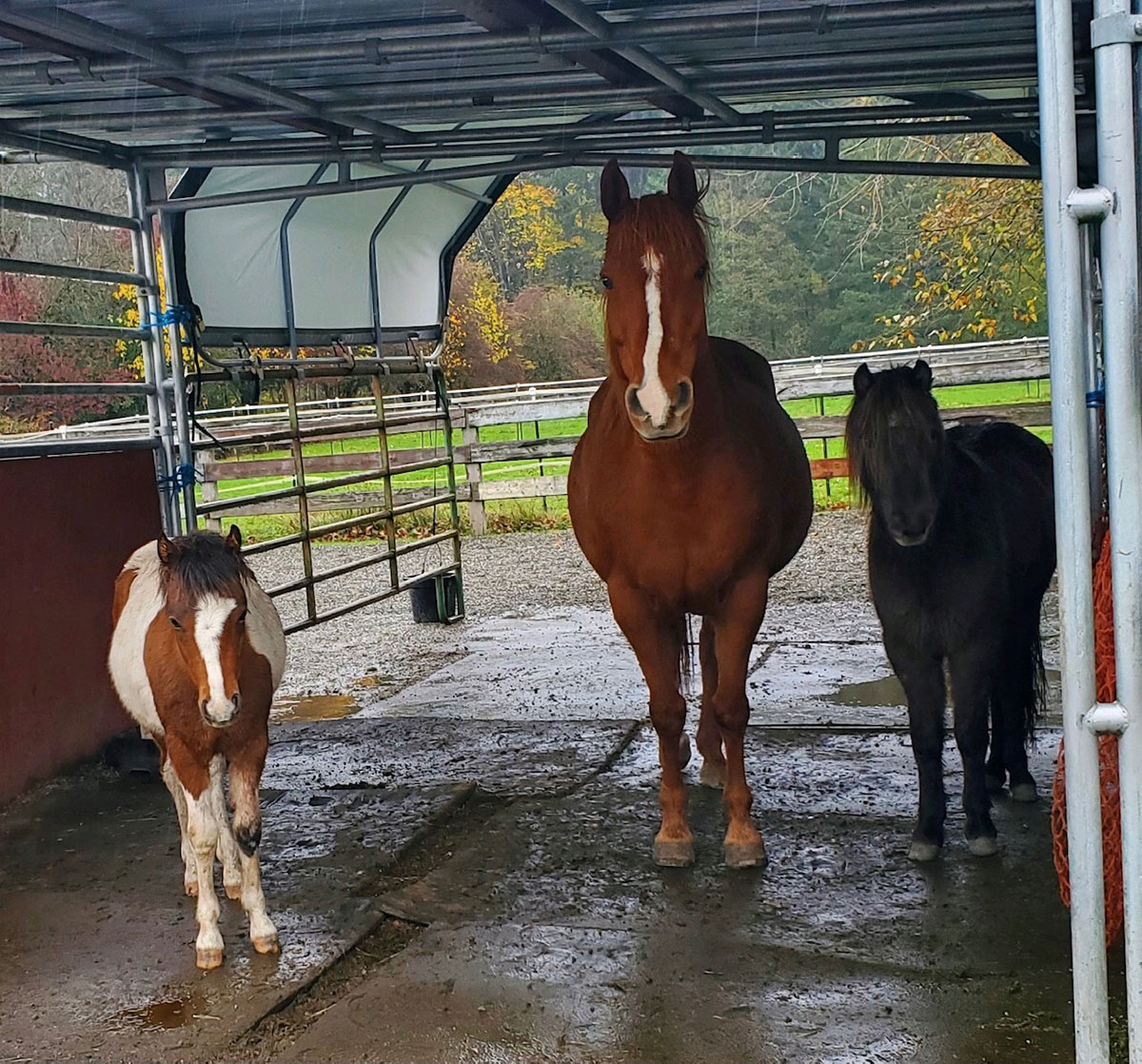 Coco blew out the candles on her 6 month cake at the end of last month, ushering in a new era of her young adulthood. Coco: the baby, is still visible — those high-pitched whinnies and acrobatic feats that come especially easy to young things remain front and center — but there is also Coco: the pony, who has stood to have her feet trimmed and has been haltered to have her mane (no longer just a wisp) brushed. It is becoming increasingly apparent that while Coco will always be our baby, one day soon she will no longer be a baby.

Right around the time of Coco’s 6‑month, Teddi’s Daycare opened its gates to its newest student. It was time for Coco to be weaned.

The process was gradual. On a Tuesday afternoon, Sundae was temporarily relieved of her responsibilities as a mother, which is just a fancy way of saying that we haltered her and let her graze outside of the paddock. Coco was left ‘home alone’ with snacks (a pile of alfalfa) for only about 10 minutes, and still within eyesight of her mother. This experiment with independence went extremely well — when we brought Sundae back, Coco barely lifted her head from her meal. Wednesday we made official introductions between Coco and her neighbors, who had previously only been able to interact through the safety of the fence. Minnie was first up to shake hooves with Coco, and the two broke bread (again, just two piles of alfalfa) without much incident. Minnie showed that she is also still a young creature, performing several floppy displays of dominance in Coco’s general direction, but never with any mal intent. Then, it was Teddi’s turn to meet with Coco.

If you were anticipating anything dramatic, snorts and kicks and stomps, then I’m afraid you will be disappointed. It was a wholly mellow affair — Teddi was drawn immediately in by an unexpected happy hour (that same alfalfa the kids were munching on), and Coco, given free reign of her next door neighbor’s place, was drawn by the thrill of exploration. It was actually quite a few minutes that passed before the two were even properly introduced, and that too was without incident. Coco, who had been accustomed to being a pushy young lady around her mother, was a quick study when it came to taking cues from both Teddi and Minnie — at the slightest tilt of their hindquarters or flattening of their ears, Coco zipped away. The three spent an hour together, and after a fair bit of zooming around their new expanded space (with a highlight being Coco and Minnie using Teddi as a kind of maypole, running circles around her), settled right into what would soon become their herd dynamic.

The next day, Thursday, was when Coco officially flew the coop. Sundae was taken to her child-free paddock, and the panels that once separated Coco from her neighbors were removed. An ubershelter was created, giving all three enough room to comfortably be under cover, and Coco: the weanling, was born.

Since then, the three have settled into an easy routine with each other. They all eat side-by-side like nesting dolls, big to smaller to smallest. Both Minnie and Teddi even allow Coco to scrounge for hay scraps, a true kindness. Coco and Minnie oftentimes kick up their heels together as mother hen Teddi observes from the sidelines, and sightings of Teddi grooming Coco have even been reported. All-in-all, everyone seems quite content with the new living situation, and in the days and weeks to come, we fully expect to see Teddi, Minnie, and Coco grow into a little family. 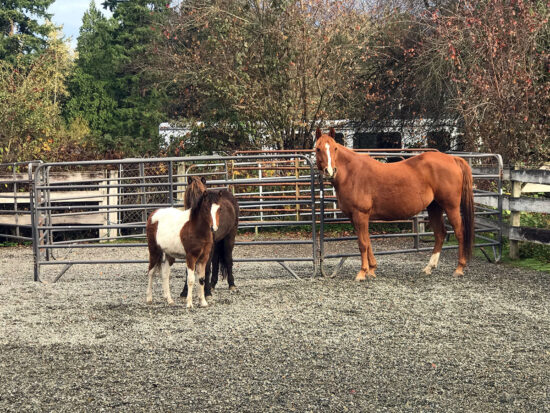 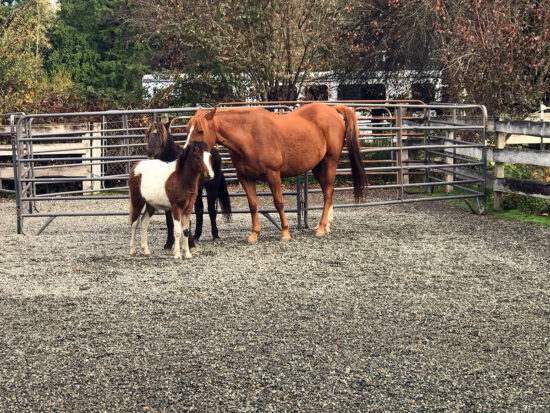