Deeds is doing great! His under-saddle work with Lucy continues to get better and better, and she has nothing but good things to say about this boy. She tells me that he catches on to new things faster than any horse she has ever met. If they work on something one day, when she rides him again four days later, he doesn’t need a review, he remembers what he’s been taught and is ready to take the next step. He has a terrific work-ethic and really tries his heart out.

He is becoming more balanced, and the two of them have started doing some canter work. Lucy says his left lead canter has come a long way after all the trot work she has done with him.…his right lead canter has a ways to go yet. But he is improving by leaps and bounds.

He is a really nice horse. I’m sure Lucy would be first in line to adopt him if she could, but unfortunately, as a military spouse, she can’t make a long term commitment to an animal that she can’t move across county with. I have a great deal of respect for her position on that, and I am very grateful that she has been able to lend her time and talent to SAFE and to Deeds. 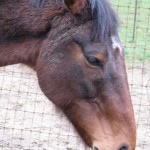 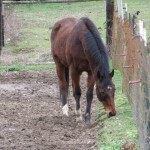 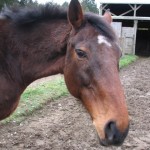 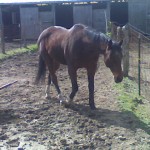 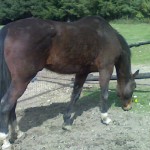 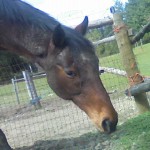