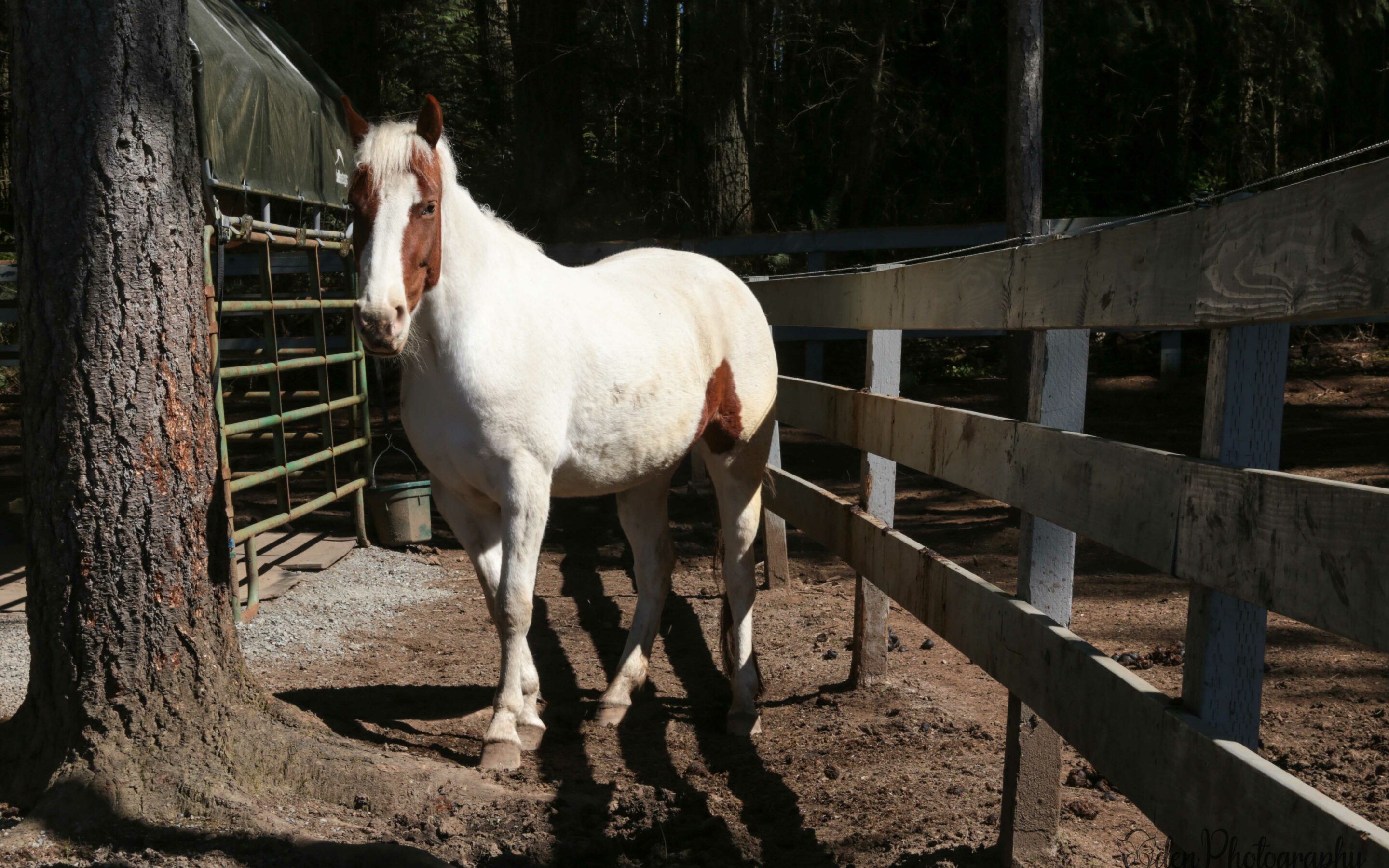 Merry was ready for a possible adoption this last March, but a pre-purchase vet examination turned up a mysterious lameness on this four year old mare. We have spent the last few months having multiple vet visits trying to get to the root of the problem for this promising mare.

For our first attempt, our vet at Rainland Farm Equine Clinic used their Lameness Locator to pinpoint the problem. On a straight line, Merry was sound. But when working on a circle, the Lameness Locator fairly consistently picked up problems on her left front and left hind. On palpation, the LH suspensory ligament seemed to be causing her some discomfort. A week later, our vet blocked her LH high suspensory and she was sound, so we scheduled an ultrasound to get to the bottom of it.

At that appointment, Merry’s LH was examined with x‑ray and ultrasound. The official diagnosis was left hind lameness with a sensitive proximal suspensory ligament. There were only mild bony changes evident on the x‑ray but the ultrasound showed mild to moderate tears, or fiber disruption, in her suspensory. Because this is a chronic problem, treatment might be limited to a surgical option called a fasciotomy, which involves cutting the small fibrous band of tissue wrapped around the suspensory ligament to allow it to expand and relieve the pressure and pain on the ligament.

Armed with more information, we are now taking some time to think and evaluate what is best for the future of this beautiful, smart mare. We want to make a decision with her best interests in mind. Surgery can be a difficult choice, because it requires a long recovery time. However, she is only 4 years old and we would love to give her a long pain free life.