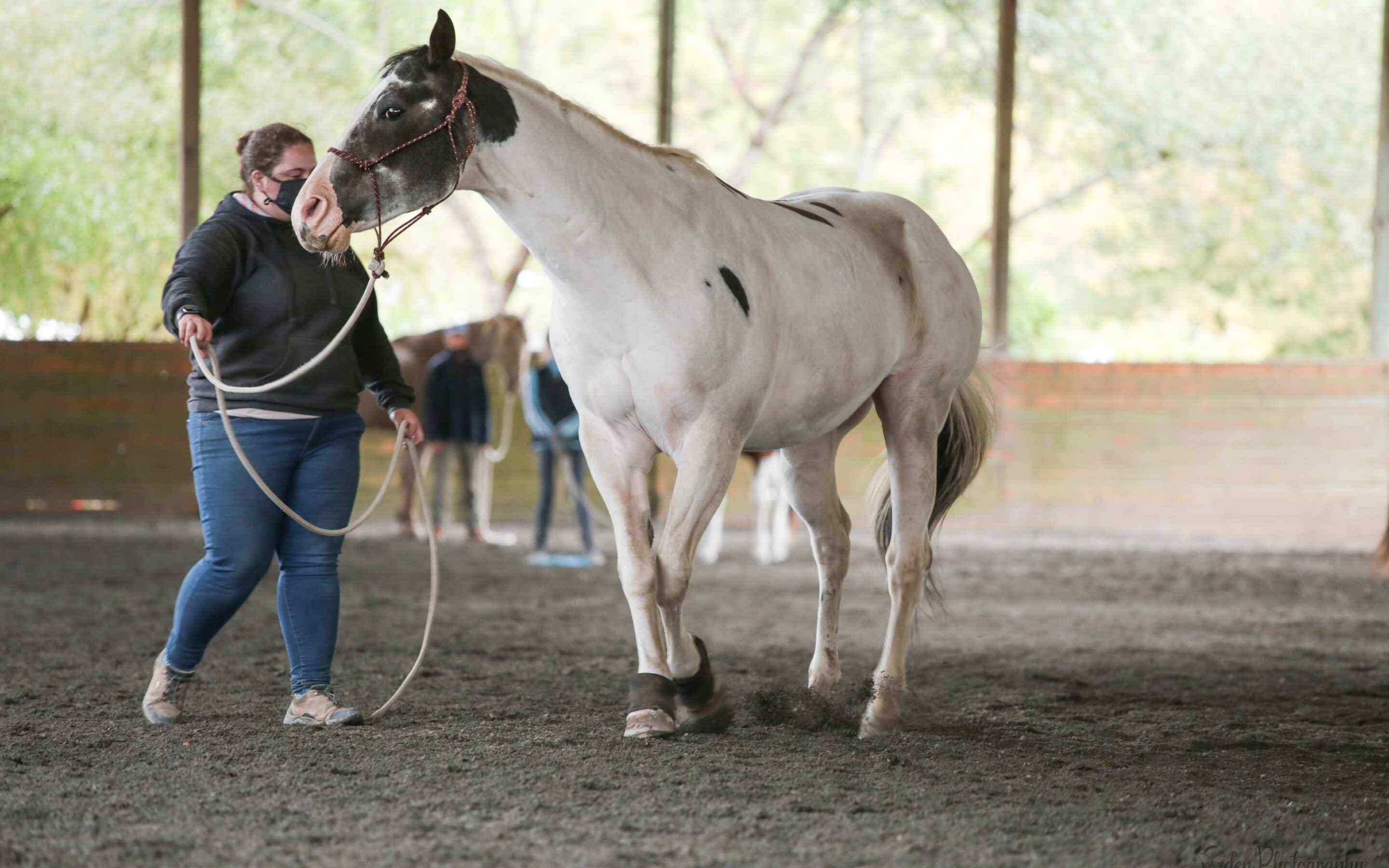 Domino is a very healthy senior horse! He has good teeth and does well on grass and hay with the normal vitamin supplement used for SAFE horses. For paddock buddies, he does best paired with a submissive gelding. He forms a strong connection with mares, to the point of being herd bound. He demonstrates some separation anxiety but manages with the support of the person working with him. His trainer is working on getting him to stand tied for grooming. Domino is tender footed on gravel. He doesn’t need shoes, but does need his living space to be off gravel.

In his groundwork sessions, Domino has been making fantastic progress with his balance. When he came to SAFE, he couldn’t back up without sticking his front legs out straight and dragging them, almost laying on his belly, as he tried to move back. Now he’s able to lift his front feet and back several steps before reverting to his old ways. By helping him balance his hindquarters, move his front quarters over and set himself back to pivot on a hind foot, he’s been able to indirectly work on his back up. Backing in circles has also been helpful in slowly moving his feet in a way in which he can’t get bogged down and peg-legged. His trainer is proud of Domino’s progress in the September Joel Conner clinic. Domino is the sweetest old man who has a remarkably soft feel and tries so hard to please. He also loves cuddles and kisses after he does a good job.