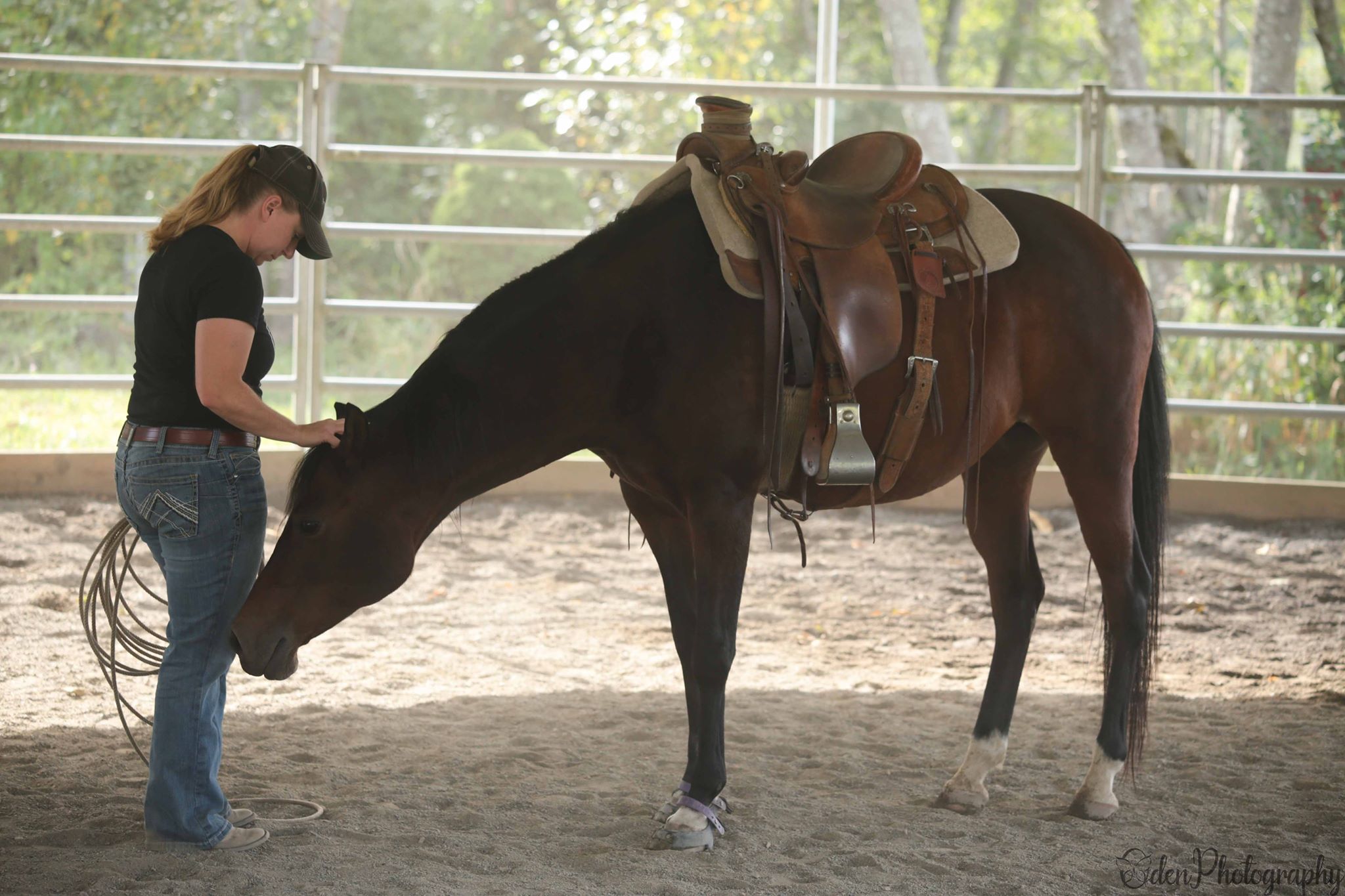 Cameo has been doing very well in her horsemanship training this summer. We realized that there were still some holes in her training, especially issues with her blind spots, and began concentrating on these areas. Cameo was not fond of having ropes touch her hind quarters or wrap around her hind legs. This blind spot can be a scary place for horses and it can be difficult for some horses to accept things moving in that area. So it’s important to help her overcome being startled when things come into her blind spot.

Earlier this year, we started trying to touch Cameo in her blind spots with a lariat rope. At first, it was just too much for her to handle. Simply holding the coiled rope close to her made her to want to jump away. When a volunteer switched the coil from one hand to the other in front of Cameo, she was so afraid she pawed at the rope as they passed in front of her in fear. At the time, we decided it was best to just ride her and put the rope work on hold. We would continue to chip away at her fears and help her become more comfortable by using the flag and tossing her lead line up over her back and haunches.

Months later, I felt it was time to revisit the rope work. Riding has been great but there is always a little bit of flightiness to Cameo. It was time to go back and fill some of the gaps so could we help her turn loose and find more acceptance.

Buck Brannaman wrote a book of groundwork lessons he uses the first time he lays hands on a horse, typically referred to as “The Red Book.” The fundamental exercises in the Red Book are the building blocks to working with horses without creating braces. Cameo was started as a riding horse without going through these fundamentals. While she could be ridden, there was always a bit of evidence that she was not completely okay with it. She seemed to be trying to hold it together, but inside, she was scared. There were little clues: pinning her ears when being mounted, scooting around if a leg touched her side, and wringing her tail, especially at the canter. 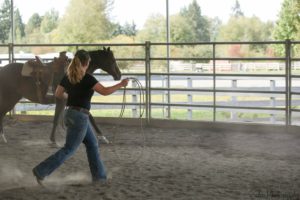 Learning it is ok to move and connect even when the rope is out. 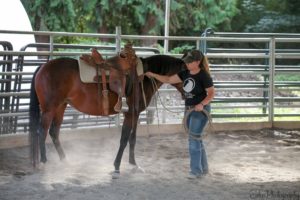 Touch is not something to fear.

After starting the rope work with Cameo, I saw changes right away, but about three days into it, things really started to click for her. I had to be patient and give her the time she needed to fully accept the work but things really started to change. The rope stopped being something to fear or attack. It almost looked like her muscles and skin hung differently on her. She wasn’t stuck with her neck jammed into a tight frame, but instead started stretching out. Her gaits began to float and her hoofbeats became softer. 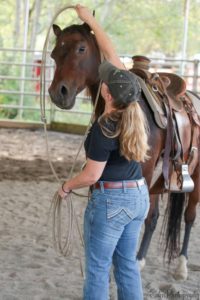 It takes time and patience… 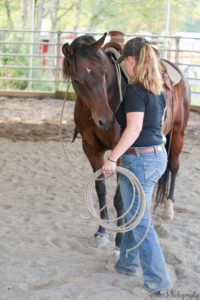 to conquer our fears… 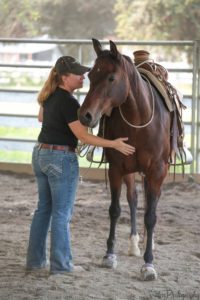 Cameo is a truly remarkable mare. Her willingness to keep trying, given all the problems she has experienced in her life, is inspiring. As she continues to grow, mature, and overcome her fears, she is transforming into a beautiful partner. I know she will someday find an adopter as wonderful as she is who will give her the support and patience needed to do great things. Until then, she is protected and loved with us at SAFE. 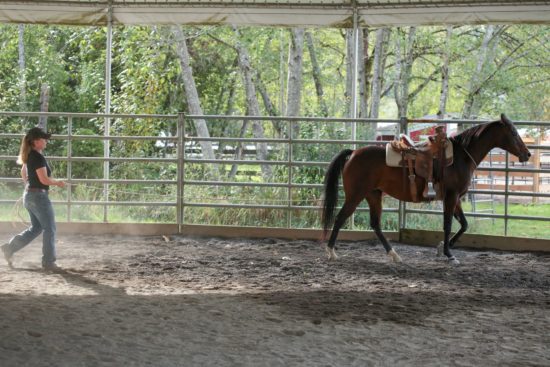 Cameo allowing the rope to wrap along her side and behind her haunches.