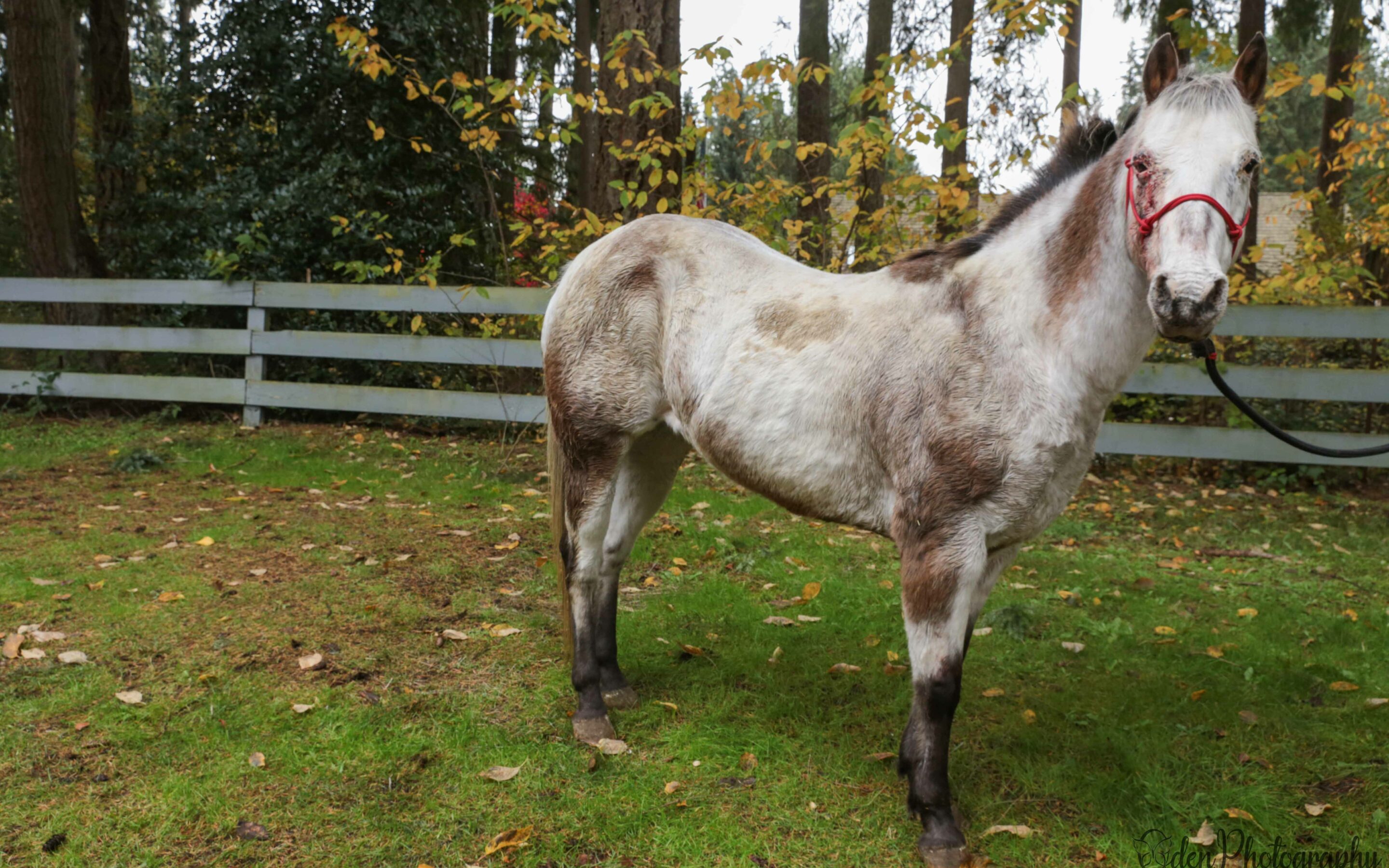 Last week was a great one for Flynn! We got the results of his histology test from Pilchuck Report and they found zero cancer cells! We were all concerned that the mass in his eye might be malignant, but the vets have concluded that it was likely a large ulcer caused by a past injury. This is great news because now we don’t have to worry about a future re-occurrence.

Flynn’s healing has gone so well that we are now able to turn him out during the day. As you’ll see in this video, he is thrilled about this! There’s still a few things we need to take care of for Flynn: he’ll need his teeth floated in a few weeks, and we’re still treating his high worm load, but our pony pal is on the road to a full recovery and a bright future!