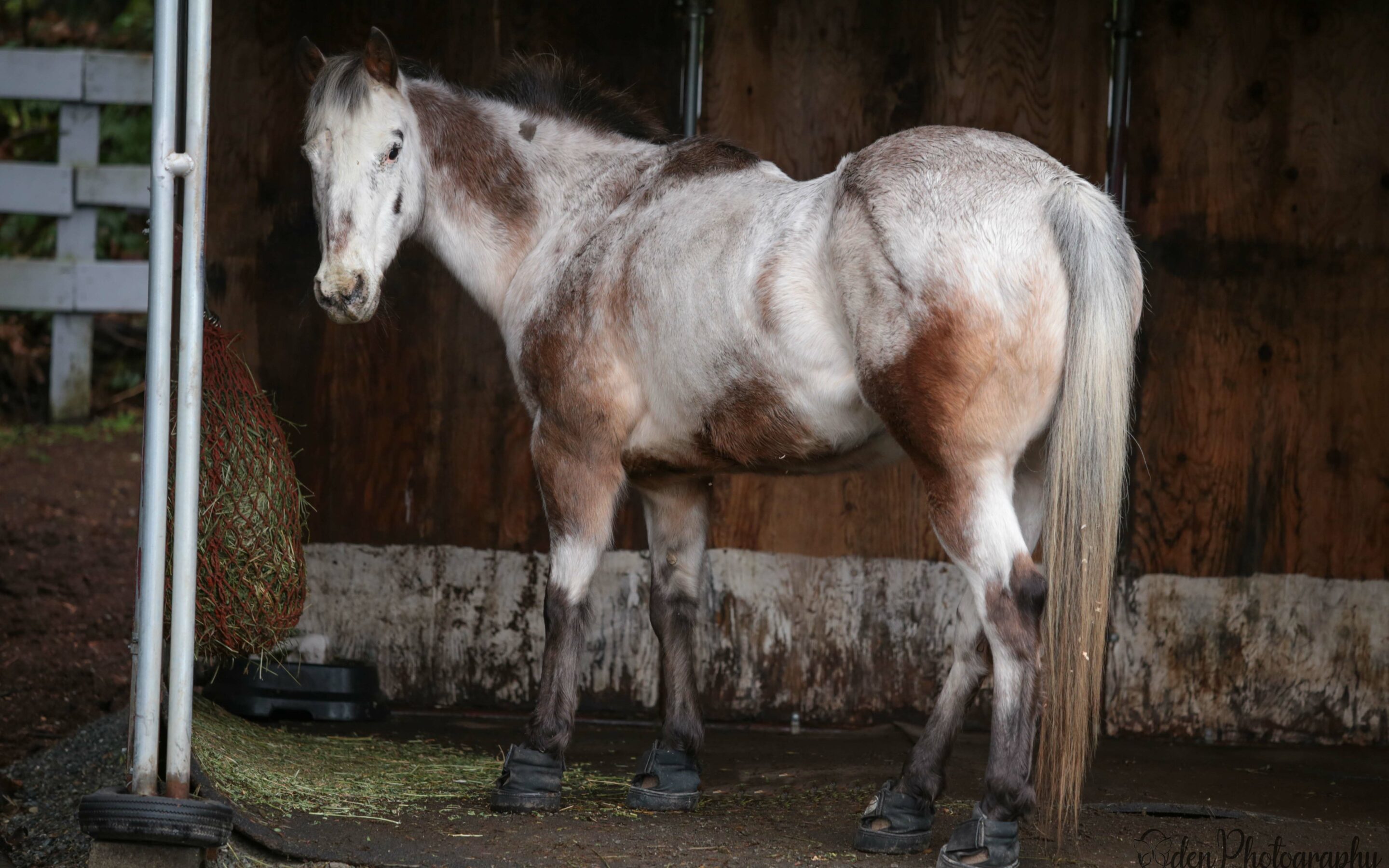 This was the first time we saddled Flynn, bumped him up to the fence, and mounted him for a ride. He did extremely well and felt like a “been there done that” pony! We have only had him at SAFE for 2 months and most of the time has been spent recovering from his eye surgery, so there hasn’t been much time to introduce him to groundwork. But Flynn has clearly been ridden in the past.

About six weeks ago, Flynn was trimmed for the first time at SAFE. Since then, his hooves have been pretty tender. We are treating his hooves to help them harden up but he may be a candidate for riding boots or shoes. It takes 10 to 12 months for a horse to grow out a new hoof, so we have just started him on this road to recovery. He is available now to meet his future family. This little gem will not be here long!