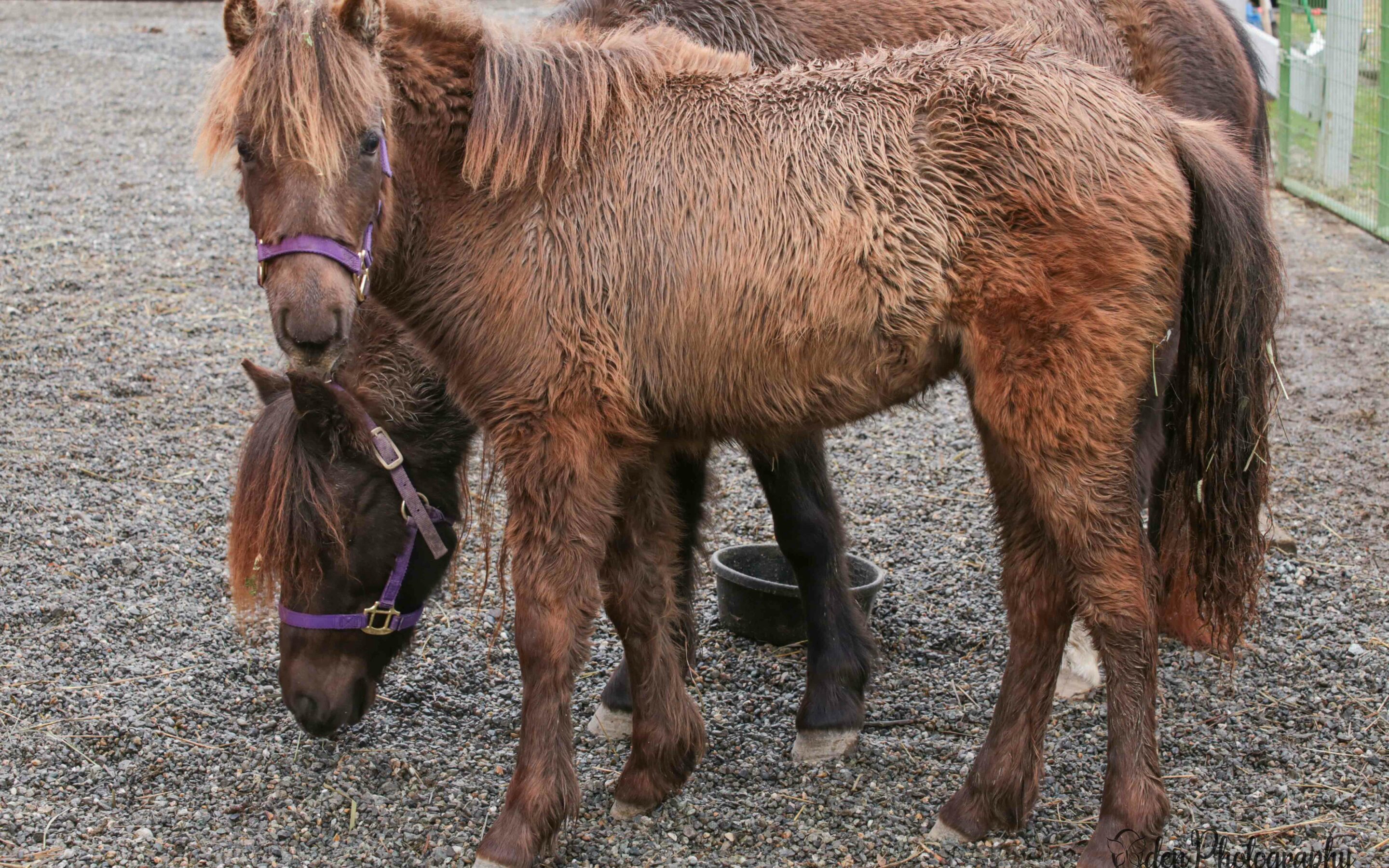 A few days back, we introduced three ponies and a full sized horse who were seized by Animal Control due to neglect and signed over to SAFE. Animal Control found four more ponies hidden on the same property, and their owner surrendered them. One of SAFE’s top priorities is supporting Animal Control agencies so they can be most effective when dealing with animal cruelty. So when asked if we had room for four more ponies, including two stallions, we said we’d make room for them.

The two pony stallions are Doolin, a 4 year old pinto, and Quincy, a 15 year old palomino. Both ponies are about 11hh, and somewhat reluctant to be caught. Our plan is to gentle them as soon as possible so they can both be gelded. They each had extremely overgrown hooves, so farrier work is being done to correct this problem.

The other two ponies are a dam and filly named Checkers and Minnie. Checkers is about 15 years old and is very shy. Her daughter is about 6 months old and is quite curious about people. She’s adorable. Checkers has already had her teeth floated and she’s been checked for pregnancy, which thankfully she seems to have avoided.

The four ponies are in quarantine for the next three weeks, with the two stallions housed separately next door to each other and the mare and filly well separated from both of them. We’ll be able to report more about them when we know them better. Right now they’re enjoying lovely hay, dry paddocks, and comfortable shelter, which is just what they need! 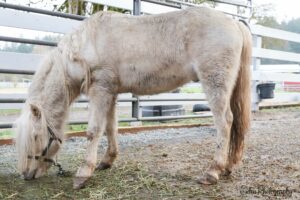 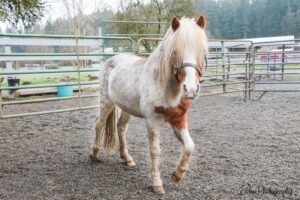 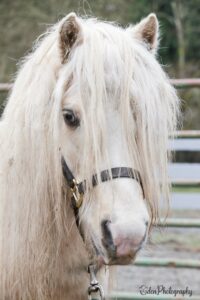 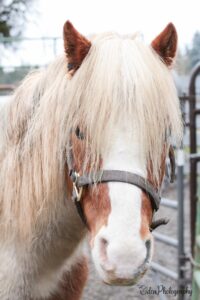 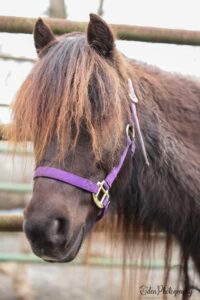 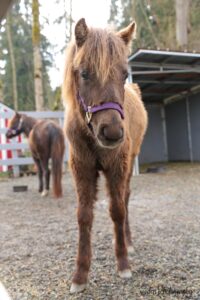 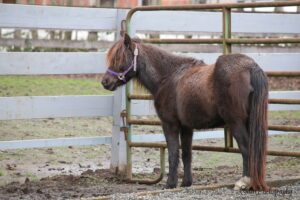 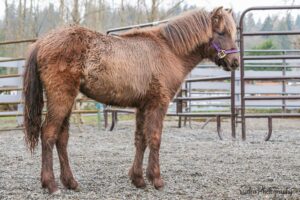