Getting To Know Cassidy 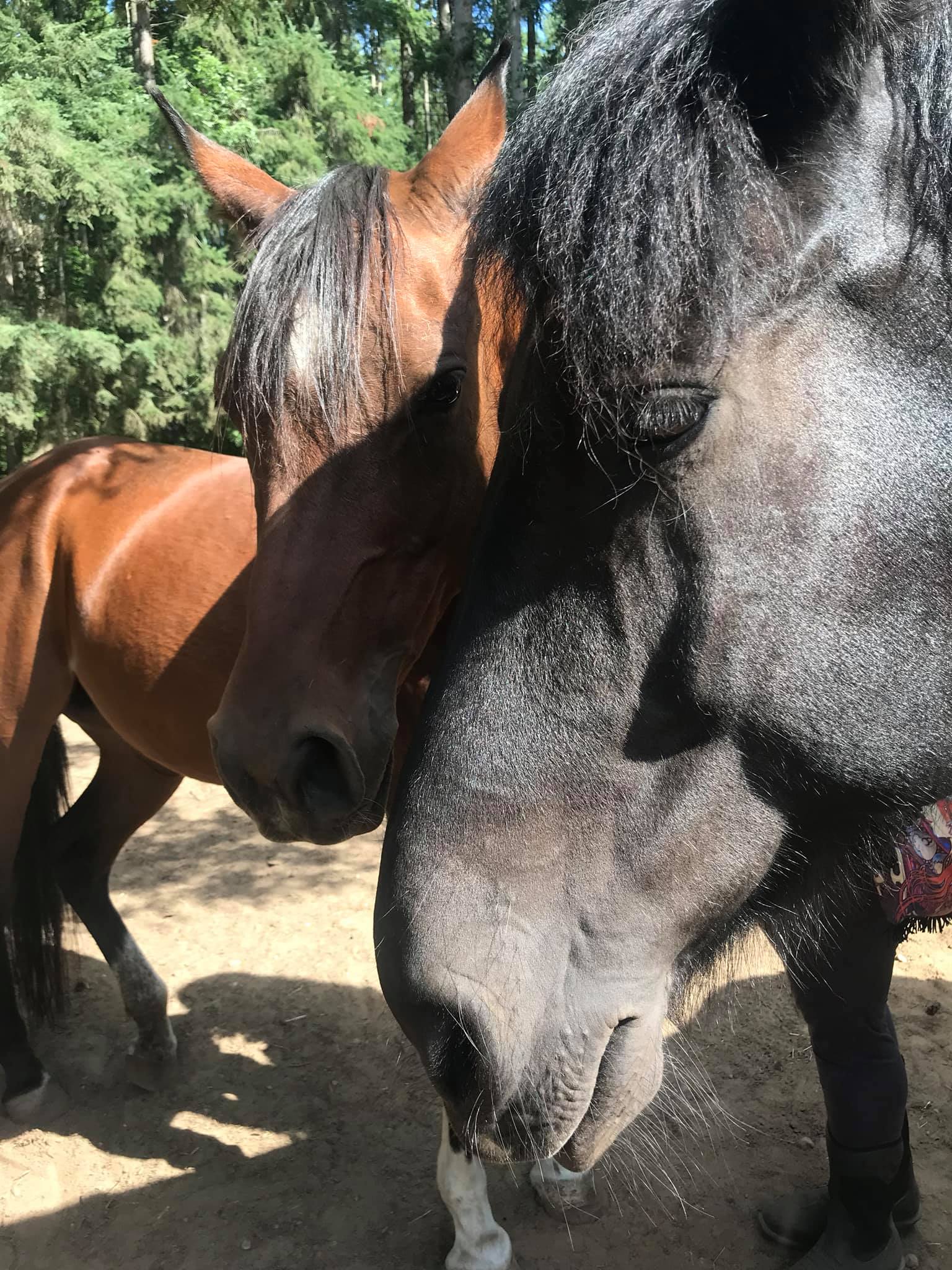 Cassidy is opening up more each day and her personality is coming through now that her herd bound issues have been addressed. In the beginning, she was so worried about being away from Moon and Slim, we were concerned she might even colic if separated too quickly. With the help of groundwork, we taught Cassidy to feel the support and comfort of a person so she didn’t always have to rely on another horse to feel safe. Truthfully,  this is probably one of the hardest parts of the gentling work. You know that what you are doing is helping the horse get more confidence and balance, but their reaction to being separated from another horse can be difficult and even dangerous to deal with. When a horse is in a panic, they can easily run over the top of you without any concern for your well-being!

Luckily, when we first started working with Moon and Cassidy, Joel Conner was here for a clinic and he helped us come up with a plan that would slowly help the mares learn that it was okay if the other was not right by their side. And when we say slowly, we mean SLOWLY! We’d start by moving them just a few feet apart, then used groundwork to help them keep their focus on their handler. After weeks of working them together in the arena, we were able to move Cassidy out to the round pen while Moon stayed in the arena. And with more work, Cassidy was able to go to the arena or round pen alone and leave Moon back in their paddock. All this was done very carefully to make sure it was not too much for either of them to handle. Cassidy started to change with this work. She became more peaceful and her eyes softened. I would even go as far as to say that she appeared MORE relaxed and content after joining up with me than she had when we were near Moon.

A few days ago, Moon left SAFE on an adoption trial. The timing could not have been better, because Cassidy was ready. As Moon was leaving, she stood quietly, called out twice as they drove off, and then acted as if nothing had happened. I spent the next few hours with her, ready to support her if she became worried or upset. To be honest, I didn’t really have to do anything. We walked around the property, visited her friends, and munched on grass. I took her back to the paddock she had shared with Moon and made sure she noticed that she had full access to all the hay without Moon there driving her off. She went over and said hi to the aunties and babies in the field next to her and was quiet and very content.

Since Moon’s departure, we have been able to get to work preparing Cassidy to be saddled. This is important to a successful start. Over the next month, we will take her through the steps towards riding and hopefully put the first rides on some time in October. She has a very calm disposition now and I am confident she will make it as a riding horse. She is very sweet and a pleasure to be around and get to know. We look forward to seeing her transformation as she gains more experience and prepares for her forever home!