After six months in our care, we’re reaching the final stages of Anakin’s rehabilitation. Dr. McCracken came out Monday to do a dental float and give him his vaccines. Unsurprisingly, Anakin does not have the world’s greatest teeth…there was bad ulceration but he does have some significant tooth loss in the very first lower teeth on both sides. Subsequently, the corresponding top teeth had some extra length and sharp edges that needed to be taken down. He also has some gaps between some of his upper teeth so Dr. McCracken worked on those areas in order to keep food from getting packed in up there.(She also suggested flushing that side with water from time to time to help clear out hay that gets stuck.) Because there was a fair bit of work that needed to be done, Dr McCracken was conservative this time, so Anakin will need another dental in six months for more adjustments. Anakin was super for his float and his shots. He’s now up to date on all his vaccines. 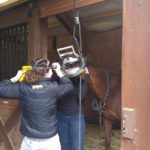 Very good boy for his dental! 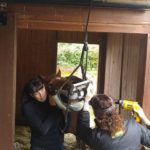 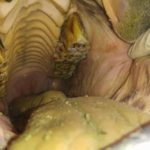 Can see the top left side here with longer 1st tooth. 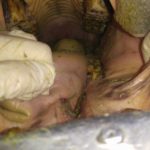 Smaller front tooth on the bottom. 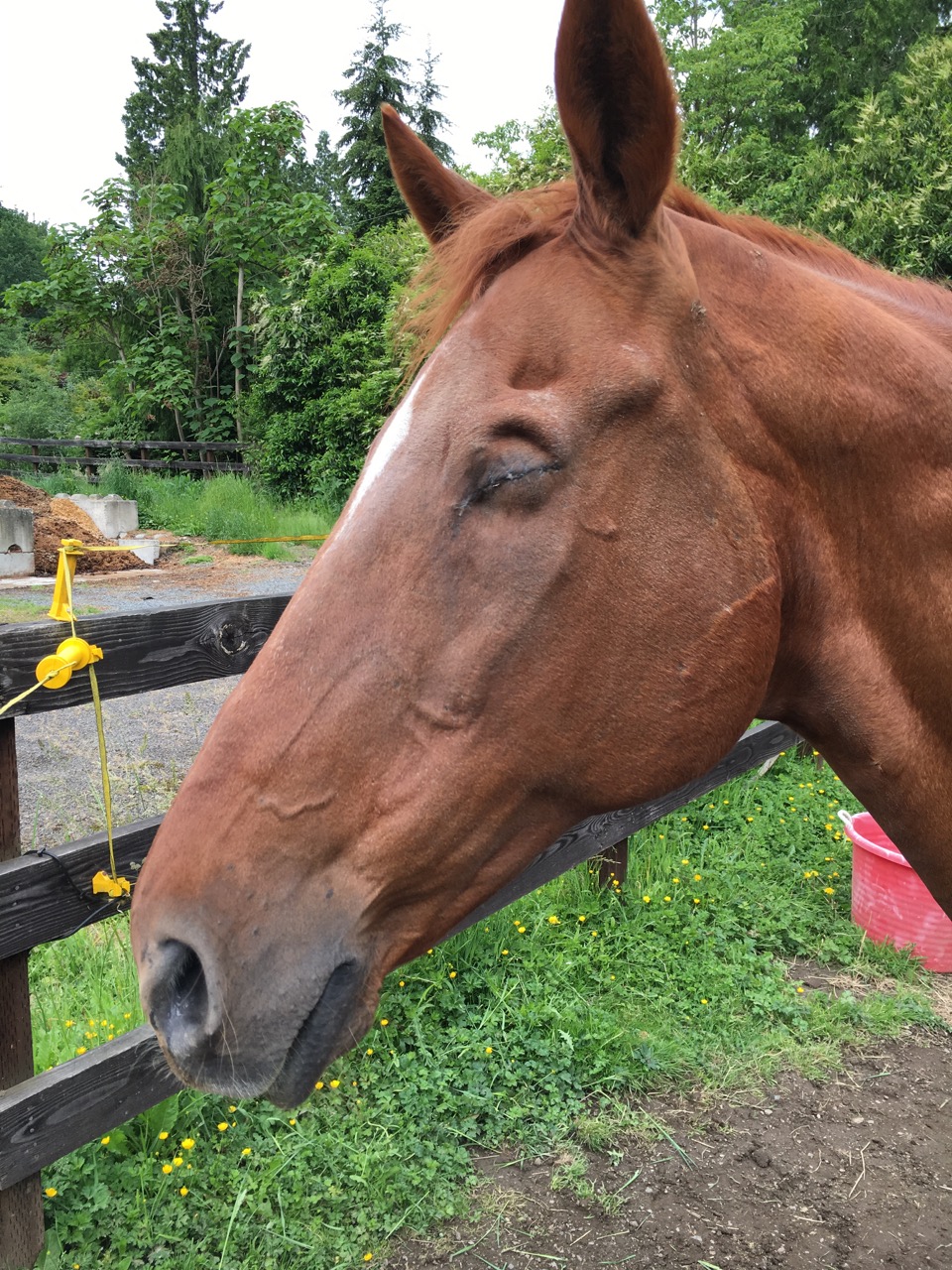 With a Nod and a Wink…

Dr McCracken was also pleased with his weight. Going forward, she recommended that he be kept on alfalfa for the extra calories and protein. While he could be switched gradually over to timothy, he’d need to eat a lot of it to get the same amount of calories, and that could be difficult given his age and teeth. She also recommends he be kept on senior feed, not only for calories but to provide vitamins and minerals that he can’t get from hay alone.

Finally, she examined the suture site from his eye removal, and told us that it looks great. His incision is fully healed and the prosthetic seems to be working out fine for him. He’s continued to do well with the complete loss of that eye. There was some adjustments that he had to make, because he probably did see some degree of light and shadow before it was removed. Initially he bumped into things a little bit, but within a few days of his surgery, he seemed to regain his spacial awareness. Now you wouldn’t know he was a one-eyed horse until you saw that his right eye remains permanently closed.

All in all, Anakin’s vet feels he’s extremely healthy and ready for to move on to the next phase of his life: adoption.

Yes, we are ready to officially offer Anakin for adoption. We are looking for a companion home where he can live out the rest of his life in comfort and safety, with plenty to eat, a pasture to roam, and a warm, dry stall to sleep in. He should have a friend or two to spend time with, maybe another older gelding? He’s going to make someone a wonderful friend. We’ve already received some adoption applications for this horse, and it is our intention that he remains in Western Washington where we can continue to visit him on a regular basis. It’s not going to be easy to say farewell to this horse, but when he heads to his new home, it will open up space for another horse that needs our help, and you know that Anakin would approve of that!