If Horses Could Have Dentures: Amelia’s Dental Update 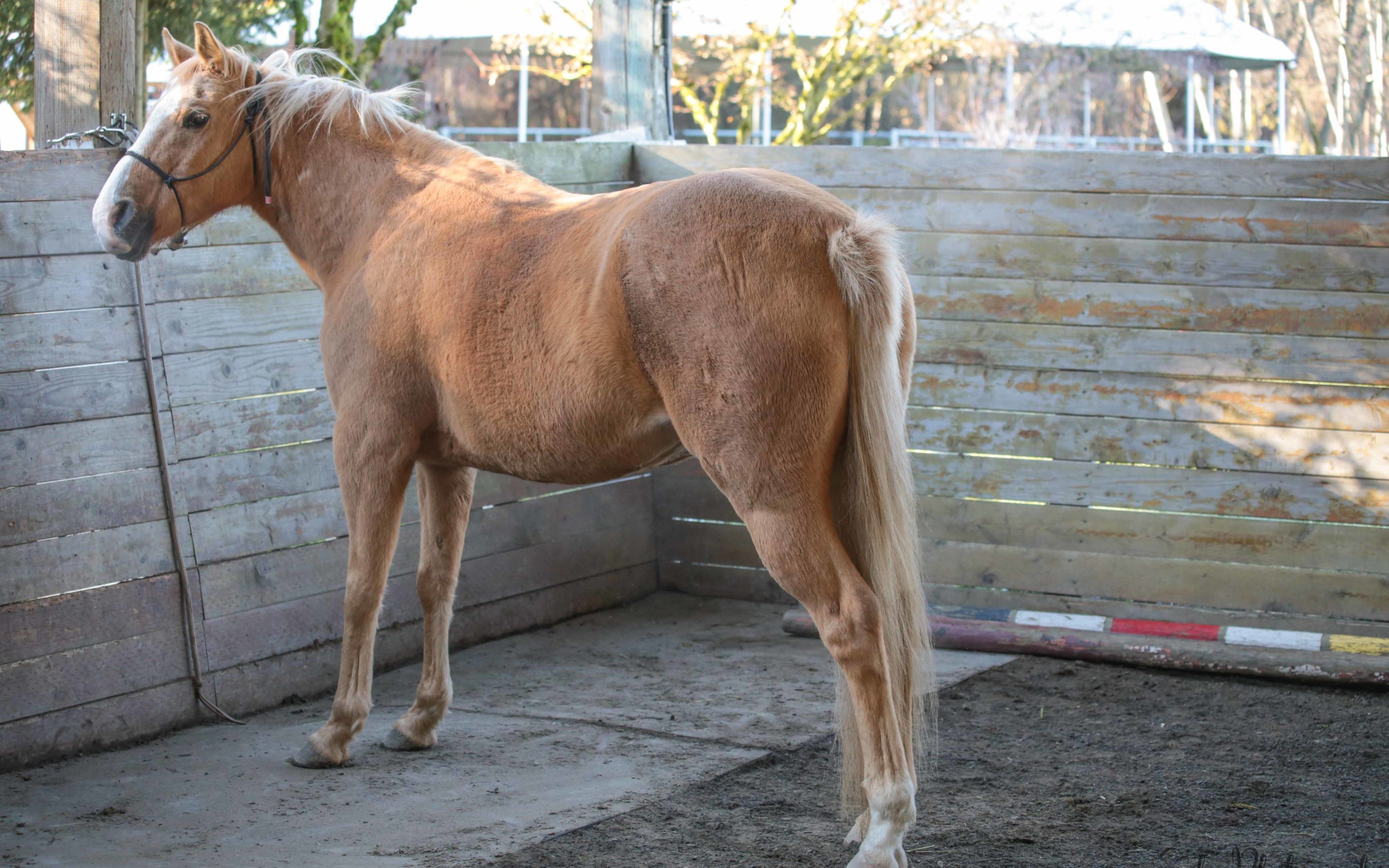 We are now two months post-colic for Amelia and we’re pleased to say that she’s doing great! We haven’t seen any signs of pain from her for some time. Shortly after she returned from the hospital, we still saw minor signs of discomfort, but those have disappeared.

Amelia still tries to eat her shavings if we bed her stall too heavily (meaning anymore than just enough to soak up urine), and she has recently decided that she wants to eat the wood fencing in her paddock. She’s at the perfect weight and her coat is looking shinier than ever so we know she’s getting enough nutrition from the equine senior feed, but it’s just not enough to satisfy her urge to graze. We consulted with Dr. Lewis, who suggested we try adding hay slowly back in to her diet in hopes of making her a little happier. We started with one pound of timothy hay, but stopped when we realized that Amelia couldn’t chew it. We knew she had the teeth of a much older horse, but the last time we saw her eat hay she did it without an issue. An oral exam was scheduled, and Dr. Renner came out to see her.

Upon looking in her mouth, it was immediately obvious to Dr. Renner that Amelia’s days of chewing hay as a means of getting nutrients are over. She no longer has enough grinding surface in her mouth to adequately process it. Luckily he did say that she can have small amounts of hay to keep her entertained (assuming her GI system tolerates it without colicking), we just won’t expect her to get much in the way of calories from it because she spits it out again after chewing it for a while.

We’ve decided to try feeding her local grass hay, which is soft and easier to chew, in a hay net with very small holes so it will last her a while. We’ll stick with just a pound of hay to start and see how she tolerates that. So far she seems very happy to have a little something else to munch on! If she does fine with this pound each day for a while, we will add a hay net to her stall so that she can keep herself busy overnight. And once that happens, she can even go back to having a normally bedded stall because we won’t have to worry about her eating her shavings. These are all good things!