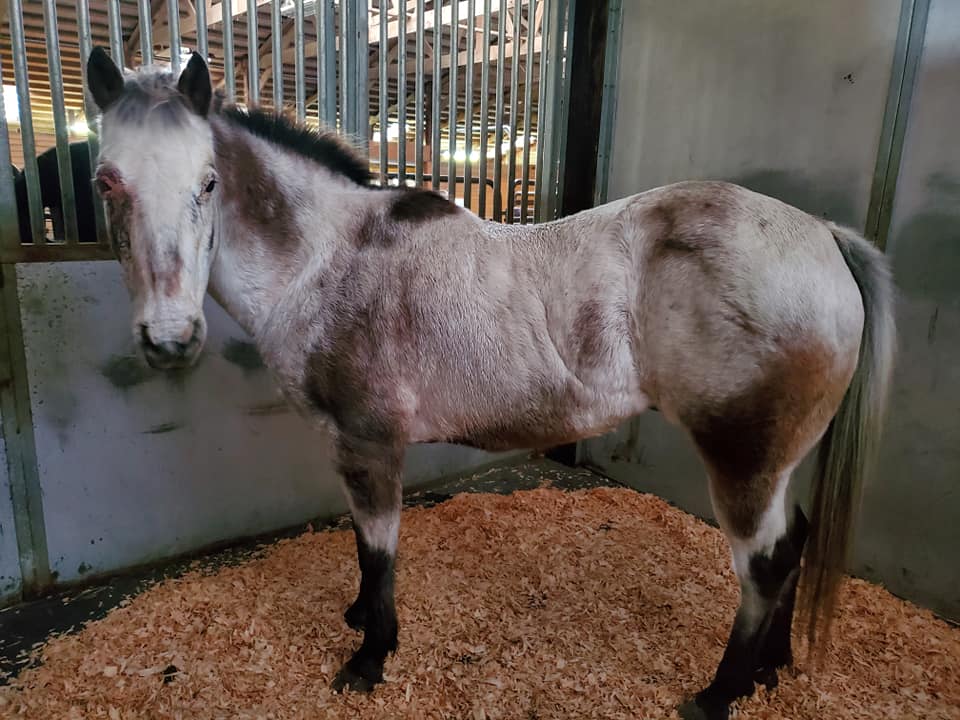 Errol Flynn is a POA pony in his mid-20s who was surrendered to Animal Control by his owner who could no longer care for him. Flynn’s right eye is badly infected, and vascular mass is growing over his cornea. Unfortunately, this has gone untreated for the past year. Dr. Renner from Rainland Farm Equine did an assessment of Flynn just after his arrival. He examined Flynn’s eye and assessed his pain levels, and his conclusion is that the eye should be removed.

So, Flynn will be heading to Pilchuck Veterinarian Hospital tomorrow. He will be examined and prepped for surgery, which will take place on Wednesday. If all goes well, he will be back home at SAFE on Thursday.

We are very hopeful that the surgery will make him feel 1000% better and that he will have an easy and uncomplicated recovery but no matter what happens, Flynn seems to understand that he’s in a good place where people can take care of him.

Terry visited with him this afternoon, and cleaned his eye and all the discharge off his face. She says that when she was finished, he laid his head her in hands, closed his eyes, and sighed deeply. Almost as if to say he is already thankful for the kindness he’s seen from SAFE.  Since his arrival, he’s been very interested in the other horses he has seen from afar, but Terry says that this afternoon, he was very sweet and affectionate, and really seemed to want her company. 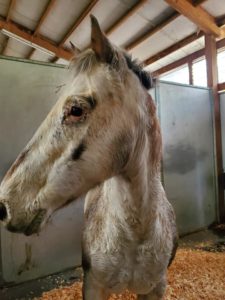 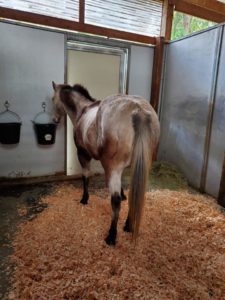 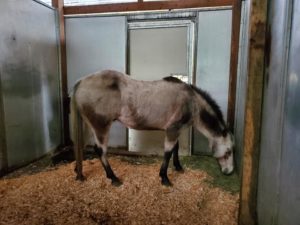 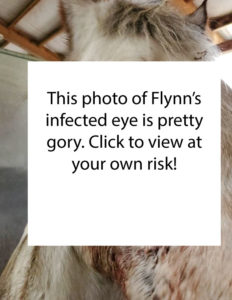