On February 5th, Jessel sustained a skull fracture while she and Tess were playing in turnout. Radiographs were taken and determined that the fracture was about 2 1/2” long and had slightly dislodged the bone in her face. She was prescribed antibiotics, pain medication and stall rest, and given a good prognosis for full recovery–albeit with a bit of an odd looking face. Healing went well until about the end of March when she suddenly started showing signs of being in pain and she was tilting her head.

Dr. McCracken was called, and radiographs showed that the fracture itself was healing, but there was a sequestrum (a piece of dead bone tissue occurring within a diseased or injured bone) that was causing pain at the fracture site. We were given two options: A) wait and see if the bone either resorbed or pushed itself out on its own, or B) go in surgically to remove it. Dr. McCracken’s recommendation was to remove it surgically since it appeared to be painful.

On April 6th, surgery was performed and 3 bone chips were removed from Jessel’s face. It was clear that at least the largest of the 3 chips would not have resorbed on its own, evidence that surgery was the right decision. Surgical recovery went well, the sutures have been removed, and Jessel has healed great. We will soon have an update from Dr. McCracken on when she can get the all-clear and head out to foster. 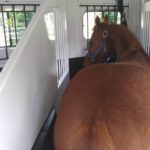 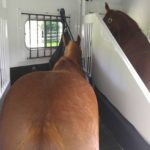 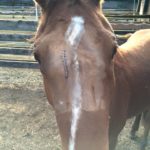 Post-op she was a ROCK star Dr McCracken said. 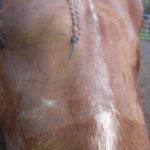 Stiches were very neat and easy to remove. 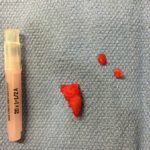 Here is the 3 chips we have removed.