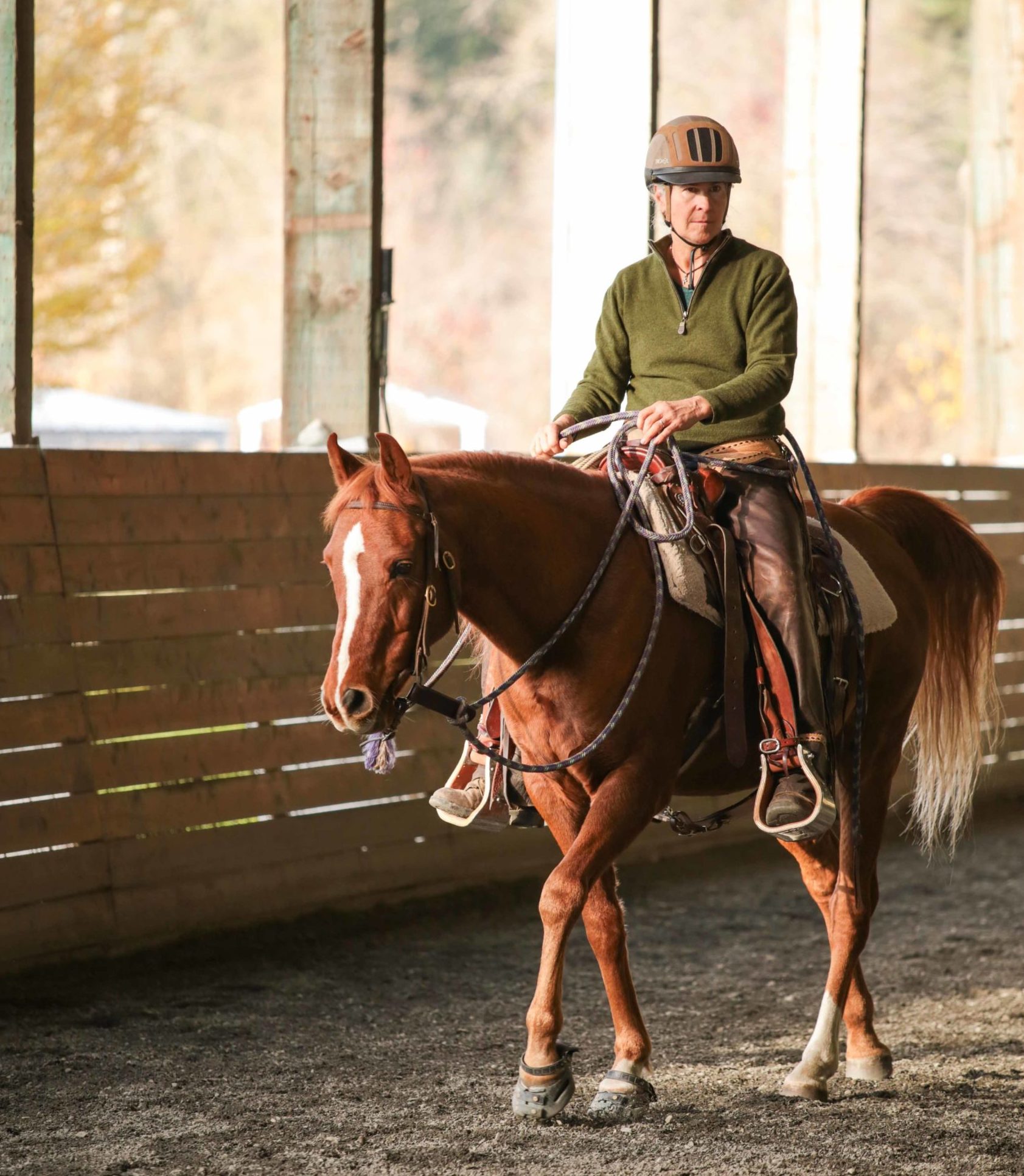 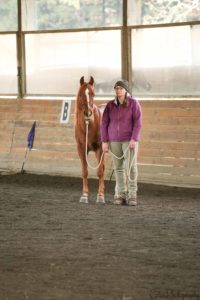 Anderson lent his vast experience as a groundwork and riding horse to several clinic participants this weekend. First up was volunteer Sarah V, who did the groundwork sessions with him and had this to say about it:

This was my second groundwork clinic with Joel and only my second time working with Anderson, but I learned a ton! It was a great chance for me to continue teasing out how much of my energy was required for movement, and to grow more confident in establishing my space and right to move the horse’s feet. Anderson is responsive and very attuned to his handler, but also well-versed in ground work and sometimes opinionated if you are clumsy or unclear.
He did EXCEPTIONALLY well at backing and stopping promptly with just the slightest ask, and we were getting lovely upward and downward transitions within the first morning of the clinic. As I’m new to groundwork I struggled a bit with giving precise aids and managing my rope while also remaining attentive to changes in the horse, but Joel helped me hone my skills so that I could ask Anderson to be more prompt. I realized that I’d been mistakenly thinking that Anderson was crowding my space, when really I wasn’t walking a clear circle for him to balance off of. Once I remedied that, things got much easier. Joel also pushed me to be willing and able to firm up with Anderson, and said we made great changes and were working with lots more life by the end of the clinic.
I was slightly afraid that firming up and establishing boundaries about my space (Anderson sometimes likes to lean on you for cuddles) would put him off, but honestly he seemed so much happier with knowing the boundaries! I figured out that Anderson wasn’t a fan of back scratches or forehead rubs, and found his spot scratching and massaging just under his mane on the top of his neck, which produced lots of relaxed yawns and stretching.
I was really pleased with Anderson and am so grateful to have had the opportunity to work with him! 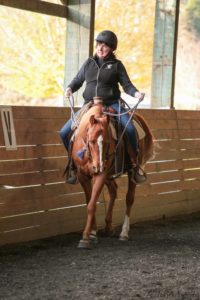 SAFE director Bonnie Hammond also had the opportunity to ride Anderson for part of the clinic, and was quite impressed with him:

Anderson has been here at SAFE for a while, and he’s received a fair amount of training in that time. I rode him in the clinic with no preparation, and I was serious impressed with how light this horse is! Ask for a rein back with the slightest aids, and he glides backwards. When it comes to cantering this intelligent gelding, less is definitely more when it comes to asking for the transition. In fact, if you put too much leg on, or heaven forbid you grip him with your legs, you are going NOWHERE fast. But if you lean forward the slightest amount and just think “canter,” Anderson moves into a smooth and enjoyable lope just as pretty as a picture. He’s a lot of fun to ride, and again, I could not get over how well trained this horse is! Terry worked with him extensively for the first few years, and now he’s able to carry all sorts of riders. It’s really neat!