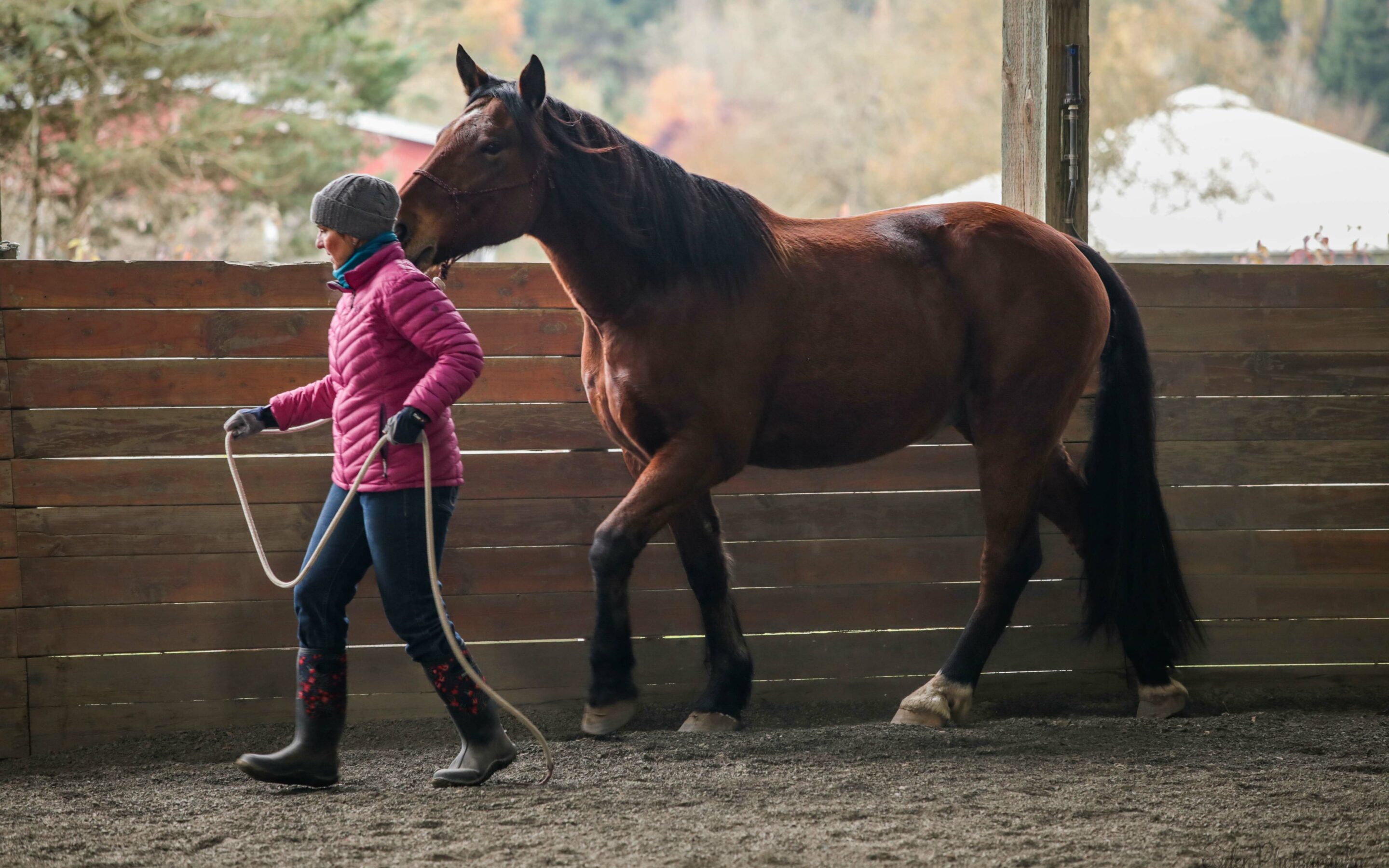 Has there ever been a sweeter horse? Ok, I’m biased. But I think, objectively, that if there were a spectrum of sweetness, he’d definitely fall in the top percentile of the bell curve.

There is just something about him, a gentleness, radiating outward. He has a heart to match the rest of him, big and full.

I’ve said it before, I’ll say it again: he has come such a long way. It’s difficult to remember when he was a wild thing, when we were trepidatious about walking him around the property. Any horse, if they decide they’d like to get away, is more than able to do that, but when faced with such a giant, the stakes do raise a bit more than marginally. But those days of elevated nerves are long gone. Now, he is one of the more gentle horses we have, safe for nearly anyone to handle, regardless of their experience.

At the November Joel clinic, Cramer and I once again partnered up. To say I am proud of him would be a massive understatement. He is soft like a pad of butter on a hot dinner roll, and equally as supple. For the most part, he really respects your space (though he does have a tendency to creep forward if you let him, which most definitely says more about me than it does him), which is nice considering his size. But when you move in, he moves away, really feeling of you. We switched around horses at one point, and it was quite special to see him work with other people and still remain so soft.

In preparation for tying, we worked on coming off of pressure, especially under the chin. He could still use a bit more impulsion, but we are making great progress with backing up under the chin and surging forward. Well, it’s less of a surge currently and more of a peppy walk, but we’ll get there.

Cramer is getting a lot less sensitive to the flag touching him. He still squirrels out a bit when it approaches him suddenly, but very quickly realizes there’s actually nothing to be alarmed about.

It’s been an amazing privilege to watch him grow, and to play a small part in that growth. He has certainly helped me do the same, and then some. I cannot wait for this sweet, big guy to find a forever home with someone who loves him just as much as I do. 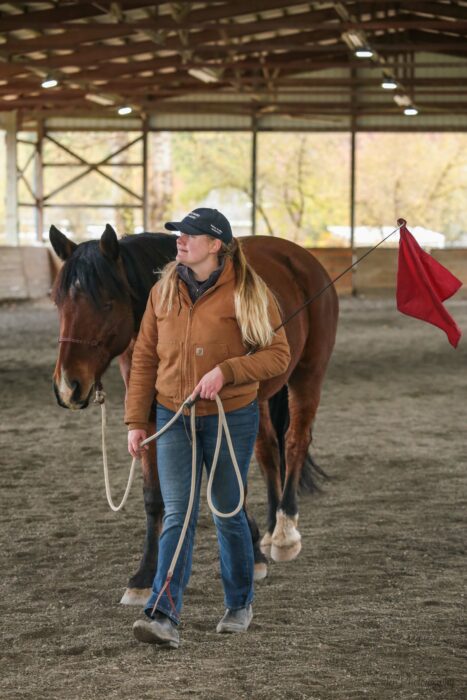