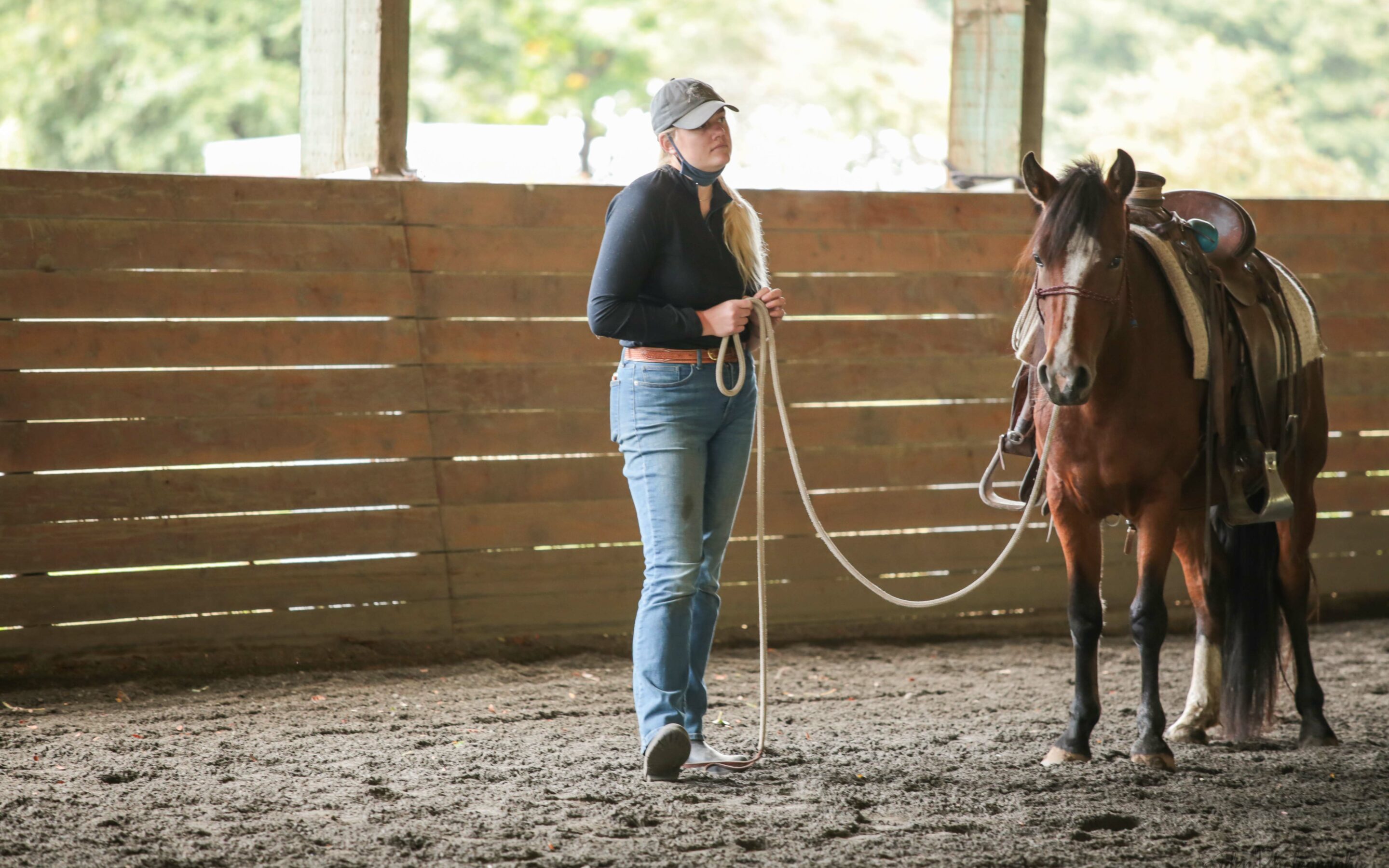 During the September Joel Conner clinic, Pepper got a lot of work on her education! Lily L took Pepper in the groundwork class and had this to say about the experience:

I had the honor of working alongside Pepper at the most recent Joel clinic, which was a tremendous experience. Pepper is a wonderful partner with a lot of try. She is also a very intelligent mare, and certainly challenged me in a good way.

She is well-versed in the basics, although struggles a bit with front quarters. We worked a lot over the weekend with driving her front across, as she is liable to not reach far enough, which resulted in a few collisions and near-misses (I did backbend away from her oncoming head matrix-style several times, for better or worse). Her build does not lend itself to being particularly well-balanced, so I feel that she struggles a bit more with executing the basics even when she is properly asked. Another indication of her lack of balance came when I asked her to stop in a bend, which she struggled to do comfortably. We also worked on getting her to move away from me, in both the unified circle but especially in hindquarters, where she had a tendency to drop her shoulder towards me. I found that firming up worked (as it always does!) to set the boundary that my space is my space.

An exercise that Pepper did rather well at was backing circles, where she was very soft. Not very balanced, but soft. Overall, I was so very grateful to be granted the opportunity to work with such a willing partner (not to mention very cute!)

Here are more photos from Pepper’s sessions in the clinic. Joel put some rides on her, and she did quite well! 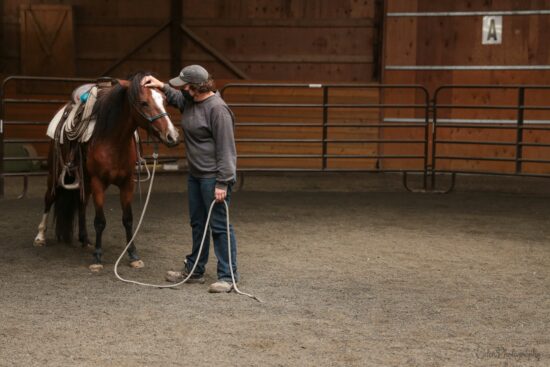 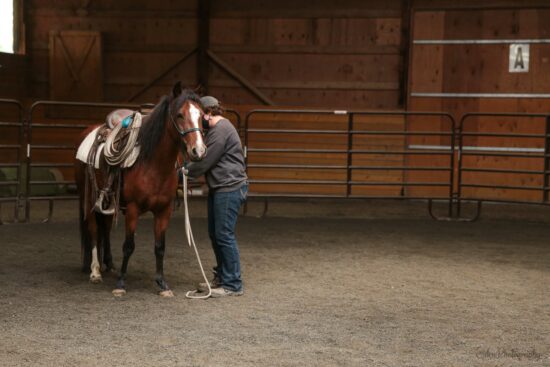 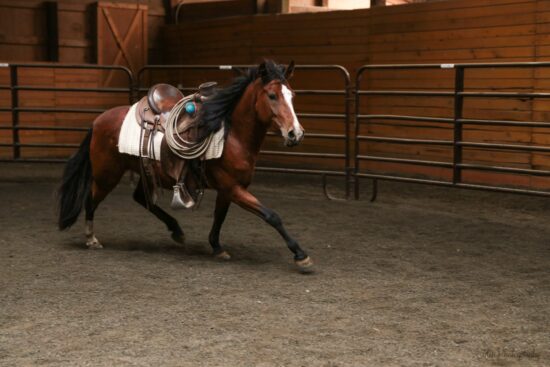 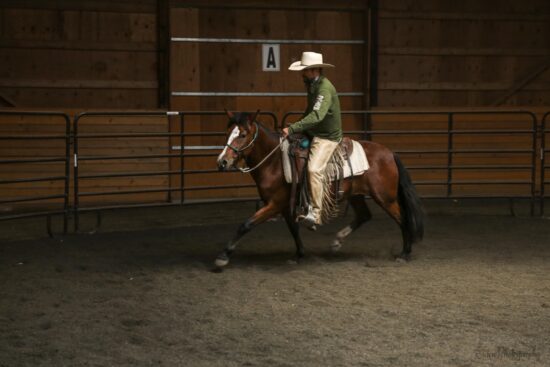 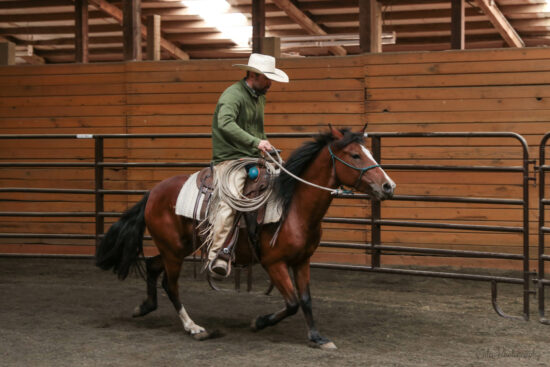 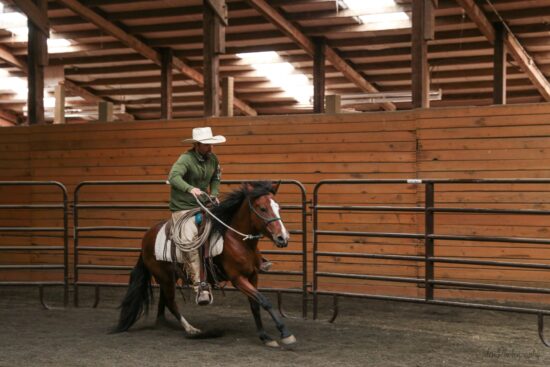 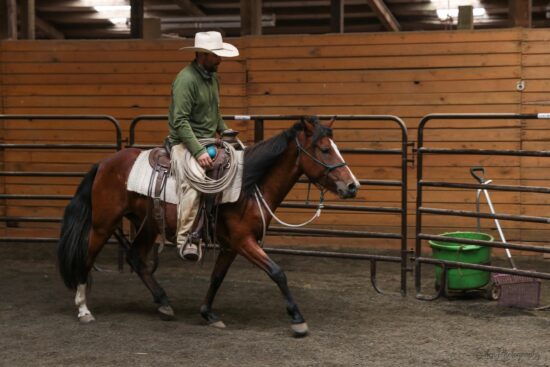