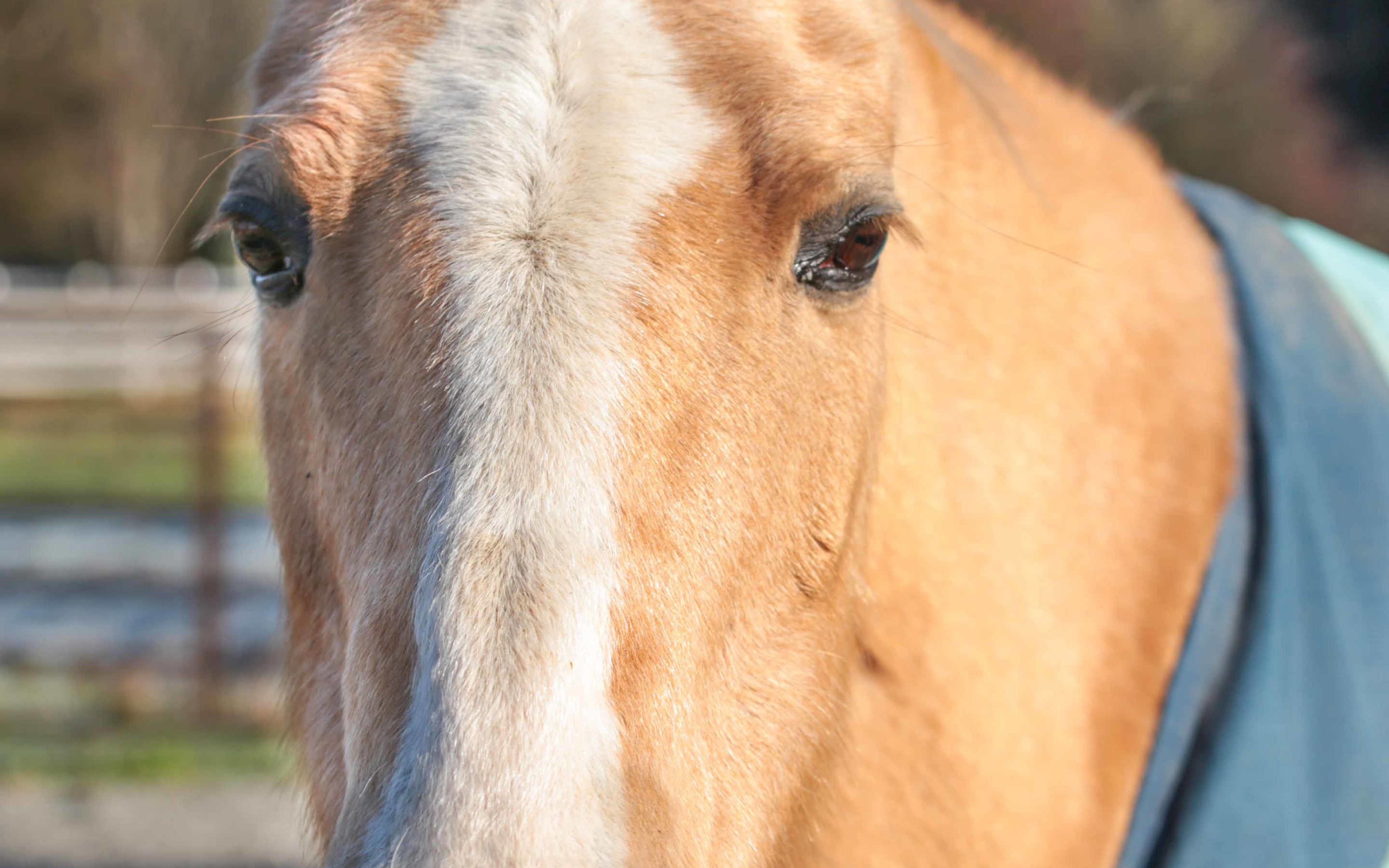 I had the pleasure of working with Amelia in the June Joel Conner clinic. This lovely little mare has changed so much since we first worked together in the September clinic that Joel didn’t even recognize her! In September we spent nearly the whole clinic trying to get some life into her, but now now she has lots of it! This is largely due to the hard work Melinda and Terry have done to figure out her diet so that she feels better and has been able to gain weight (no more chronic diarrhea!). Her expression is so much happier and more peaceful now, instead of tired and pained.

For the past few months, I’ve been doing groundwork with Amelia and with Casey’s advice was able to get her moving better off of my feel in the round pen, particularly cantering (which was difficult to get her to do before). This involved honing my timing so that I released her as soon as she cantered a single stride, and it worked super well. Amelia is really smart, and soon was readily offering a canter. We then began focusing on getting a more even and relaxed trot, rather than a rushed, panicky one, and working to get smoother transitions between the gaits.

Kaya also recently began working Amelia on the days I wasn’t at SAFE, and started doing groundwork with her saddled. She helped me work on getting Amelia less bothered by noise/movement from the saddle area, less cinchy/grumpy about having her chest and barrel rubbed, and more bent and “with me” on the unified circle, and this really showed in the clinic.

I’m still learning so much, and it felt like the first few days of the clinic were focused on getting my angles right when for asking for hindquarters/front quarters, and building my confidence that I could send Amelia with my feel, rather than getting too close to her. It was a huge change when I was able to take one step towards her hindquarters and get her to move completely away from me. We’re still working on getting her more fluid in her hind and front quarters, but I’m hoping the things we learned at the clinic will help me to continue improving on this with her.

When we turned her loose in the round pen, Amelia was initially cutting close to me and not staying on the rail, so Joel explained how to “Make the wrong thing difficult, and the right thing easy,” which in this case involved making her work/putting on the pressure on the side by the gate where she wanted to be, and making the side she was cutting off the place where I would release all pressure. Joel got some great changes with her using this technique. I’m still working on providing my release at exactly the right time and not too late, but there’s already a big difference.

By the end of the clinic, both Joel and Kaya had ridden Amelia while being flagged around, and she was doing nice one-rein stops. This horse, who’d had a difficult time backing up, moving with life, and not “checking out” during work, was now moving out more freely and with energy, gaining balance and starting to search for a release from her handler and rider.

We’ve got a lot of takeaways to work on from this clinic, and I’m so grateful for the chance to work with Joel, Kaya, and Terry on Amelia. Her expression and energy are just so sweet and lively now. It’s a joy to see the change in her and I can’t wait to watch this mare continue to develop into a riding horse.