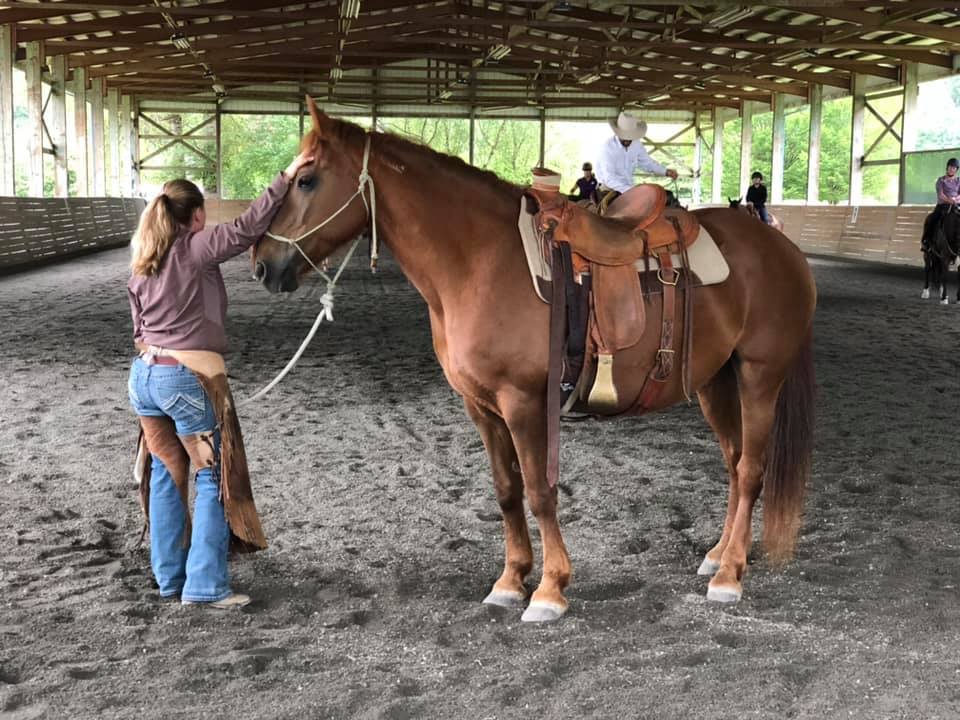 Sienna was set to be in the clinic with Joel but we had a little setback the day before he came out. It had been a very busy week with outreach cases and Sienna was not able to be worked as much as normal. I jumped on her for a quick ride the day before the clinic and during the warm up she became troubled and I fell off. Unfortunately, I was not in the right head space to be riding this green mare and with so many other things on my mind when she started to buck, I didn’t commit to staying on, which resulted in my hitting the ground. Luckily it was not a horrible landing and I was able to get back on and walk, trot, and canter her before putting her away for the night.

This setback is unfortunate because a smart, sensitive mare like Sienna is like a sponge for new information. When she felt nervous, I did not support her through the trouble so she took that as the new normal. It was nice to have Joel here right after this happened. Sienna was a little stressed with the clinic environment, new horses, lots of movement in the arena. Add to that the new worry that Terry might hit the dirt, it wasn’t the great showing we had hoped for in the clinic. However, everything is a good training opportunity and we used this time to get to the trouble and help her through it. She became very sensitive to the rear cinch area after the incident so this was something that was important to work on.

Joel rode her a little bit in the class but suggested that I go back to the basics with groundwork. Looking back, I think I have been doing too little groundwork and getting more focused on the riding. I also know that I rode her just shy of the trouble. It can sometimes be worse to ride a horse without going through the trouble than to not ride at all. Let the trouble sit just below the surface and it’s going to be there waiting for the first opportunity to surface. You’ll regret not dealing with it.

Since the clinic I have been able to work with Sienna both on the ground and in the saddle. We are regaining trust. She is still pretty sensitive to the hind cinch so I make sure to help her accept this touch. She’s a few days off recently due to a bad case of hives but with a little hydroxyzine medication she is looking and feeling better. We’ll start up again next week and the goal will be to get more miles on her to help prepare her for adoption. 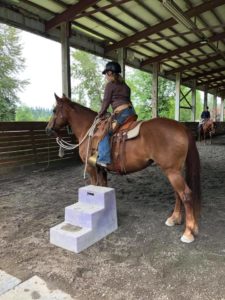 Few short rides in the clinic with all the horses. 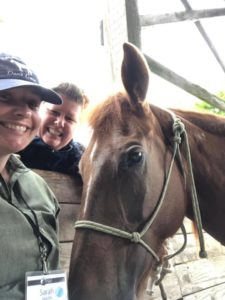 Sam and Sarah visiting with Sienna