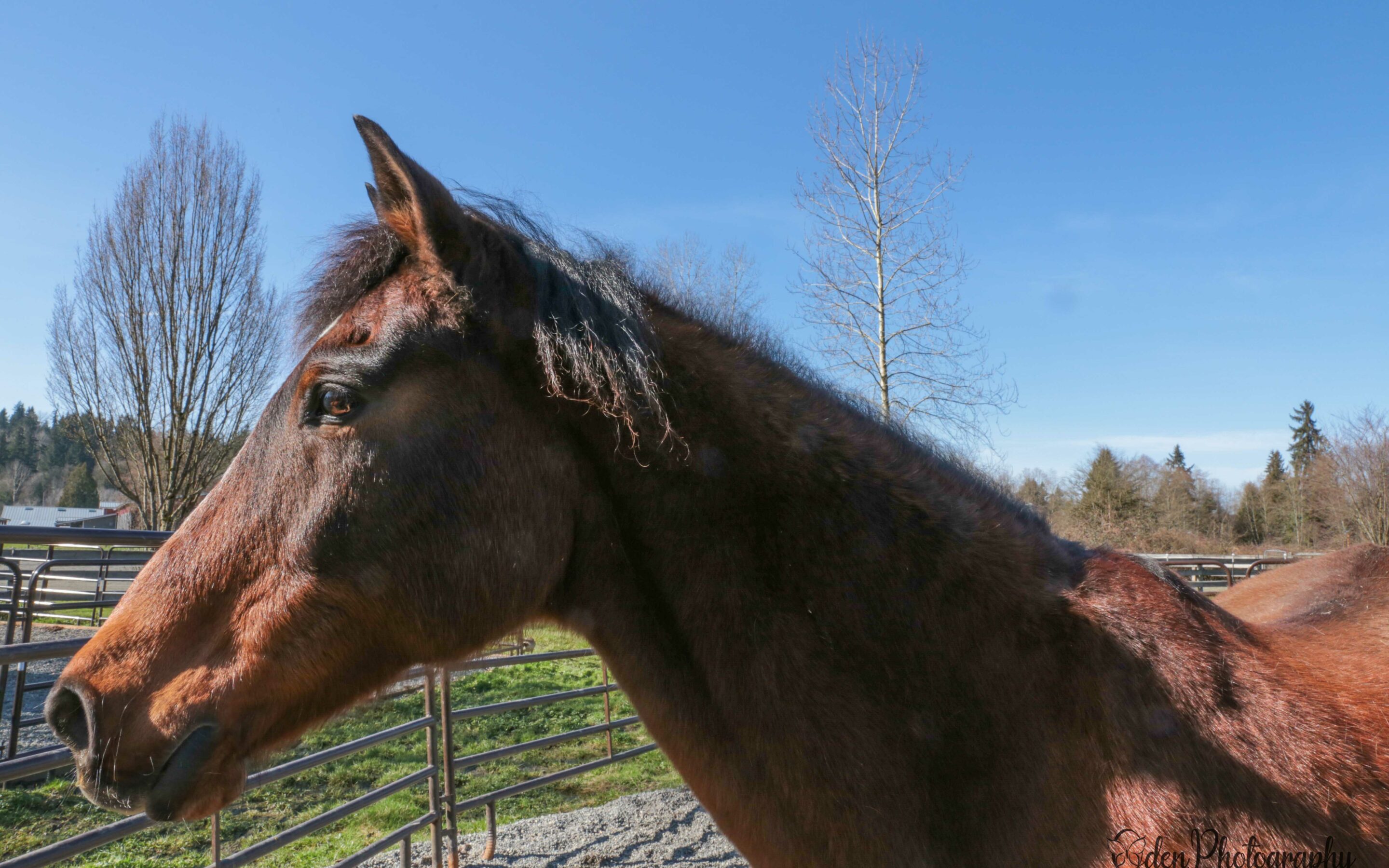 Mac has only been at SAFE for about two months. He is a sensitive boy with sweet eyes. So far, we are working on getting Mac conditioned and building more muscles. He is learning that moving forward is the answer. He braces when he is asked to go back and is head shy at the poll. For this reason we do not think he should be tied up. Mac is very sound and even though he has a little sway back, we are hopeful we can build muscle to his topline. He did really well when we turned him out with one of our other geldings. Check out the video below.

Here’s a look at the third time we put a saddle on Mac.

Here is a video of Terry working with Mac in the round pen at SAFE. She is teaching Mac to be comfortable with the rope being thrown at him. This will help him learn that not everything she does is asking him to do something or react. When Terry is swinging or tossing the rope towards Mac, she is not using her energy to request more of him. This helps when it is time to ride Mac. He won’t be as worried about reacting to moving objects or things touching him while he is being ridden and can focus on her.