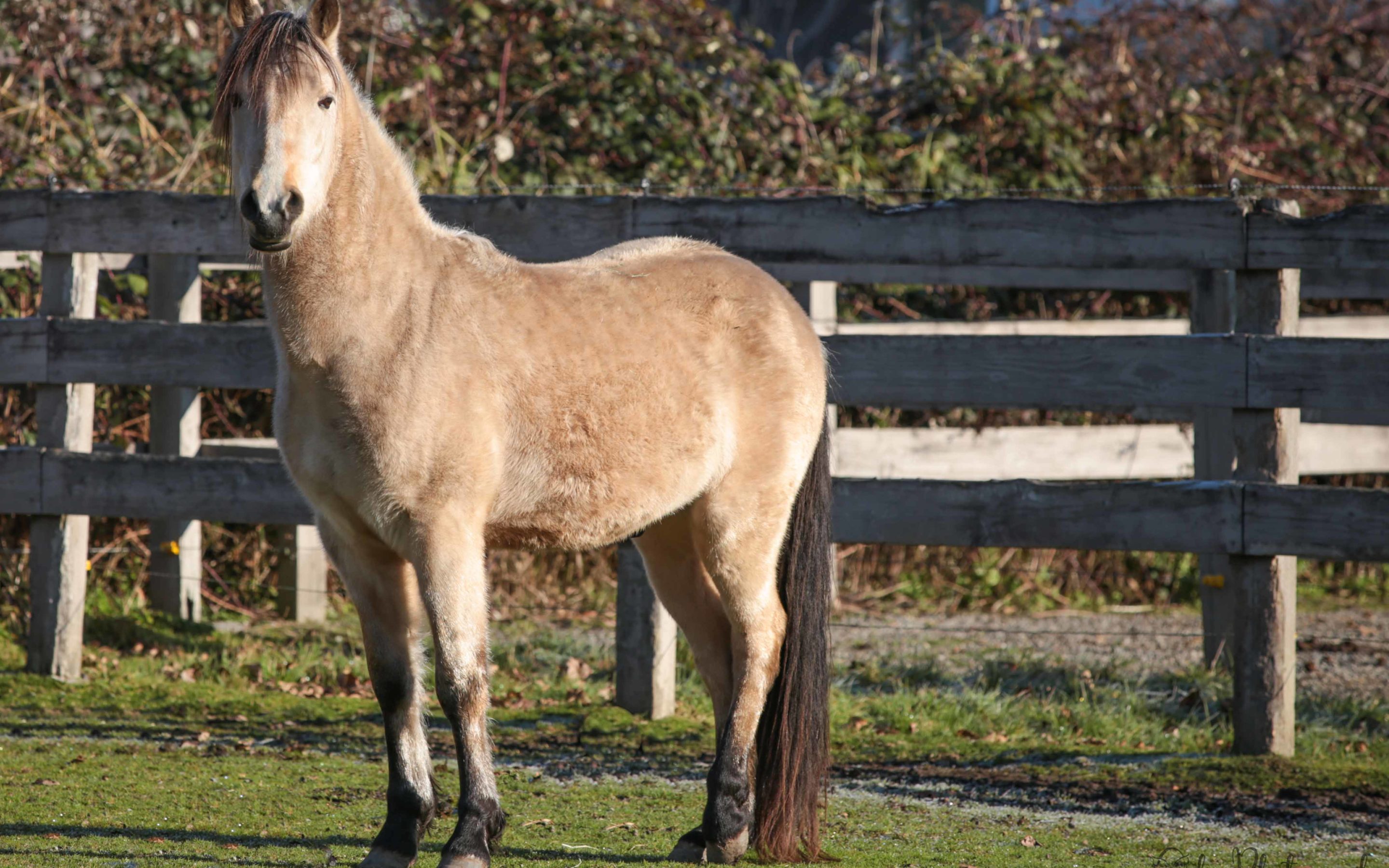 Back in August, we were called upon to help find homes for a group of wild horses we dubbed the Fall City 40. In the two weeks that we had access to these horses, we placed 14 of them into new homes. We also ended up taking one of the horses into our rescue program. For our protection, we kept quiet about this horse but it’s now possible to share his existence with the world.

George was a young stallion when we met him. He was wild and untouchable, but VERY curious about the new people who kept showing up with food. We were instantly charmed by this handsome young man. He was moved to SAFE in preparation for gelding before being adopted but the adoption fell through and he ended up becoming a SAFE horse. We transformed him into a happy gelding and started teaching him some basic skills, like wearing a halter and leading. He’s also spent a little time getting used to being in a stall, and he now spends his days in the company of two other SAFE geldings, Valor and Anderson.

George seems to love his new life, which isn’t too big a surprise considering he’s fed lovely hay four times a day. The only thing he’s really objected to was being vaccinated, but that’s understandable since he’s never had shots before! He’s learned to stand for the farrier, and he’s quite easy to catch and lead. In short, everything is looking up for good old George!

We estimate George’s age at 18 months, so he’s got some growing up to do before he starts learning advanced horse skills like carrying a rider. But he’s already getting the benefit of horsemanship and groundwork, and he shows a lot of promise. As a SAFE horse, George won’t be offered for adoption until he’s well started, but he’s a good example of what might be able to be expected from the other horses from his herd. Those horses should be available to experienced adopters within the next three weeks. Visit http://mayday.safehorses.org for more information! 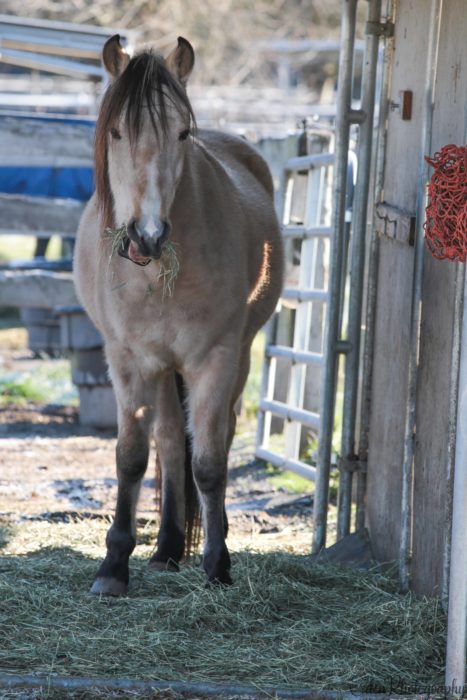 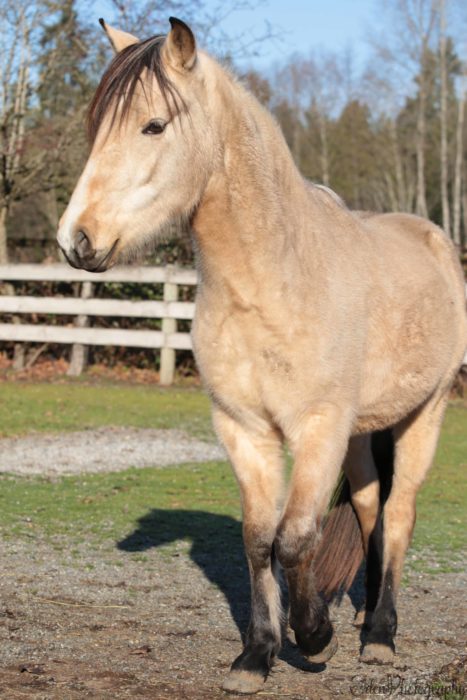 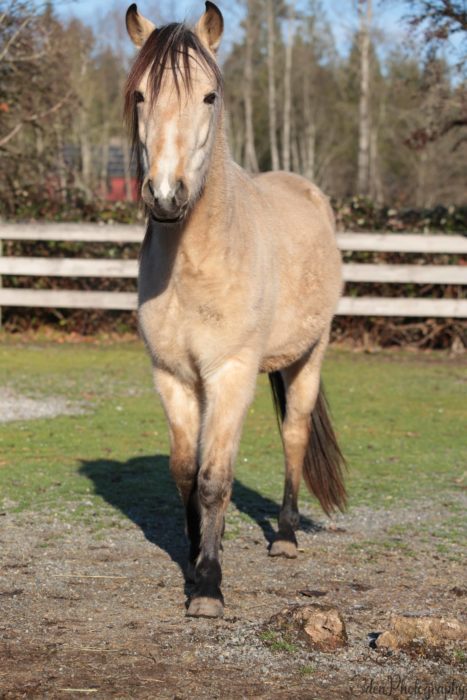