Just kidding, it’s Phoenix. All the SAFE horses dressed up to celebrate Halloween at the Open House on October 27, and Phoenix’s costume was pretty easy… Here he is in all his palomino glory: 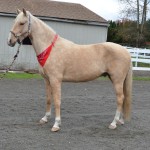 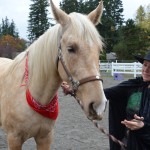 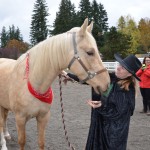 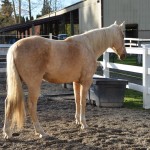 Napping in the sun!

Phoenix is doing well at SAFE Harbor Stables…he was a tiny bit sassy when he first arrived, but he’s a smart boy who learns pretty quick what is expected of him. He’s quickly become a barn favorite for his puppy-dog personality and his glamorous looks.

He was scheduled for a riding evaluation this week with Brittney, and after she managed to convince him that the saddle was not going to eat him, she started him on the lunge and discovered that he was lame on his left front. He had just been trimmed the day before, so it could be footsoreness, but we shall have to wait and see. He’s sound at the walk, but currently pretty lame at the trot.